Family and friends of Serena Williams were milling around the players’ area lobby late on Friday night at Flushing Meadows and there was no funereal air.

The retiring superstar had just lost in the US Open third round, but the atmosphere was relaxed, with husband Alexis carrying daughter Olympia and chatting away.

They seemed at peace with this huge watershed in Serena’s life, and so did the woman herself after going down 7-5 6-7 6-1 in a superb contest against world No 46 Ajla Tomljanovic.

The final media conference for Williams was unmemorable, certainly compared to some of the more highly-charged such occasions there have been in the past.

The record will show that the 23-time Grand Slam champion lost the last six games of her valedictory stand, although that would be to overlook a thrilling second set which brought the Arthur Ashe Stadium to its feet.

Right to the last gasp there was drama as she saved five match points with a series of forehand winners, continually putting off a moment that a sea of mobile phones was trying to capture.

Was it really the last gasp of a 27-year career? Williams was asked a final time: ‘I don’t know. I’m not thinking about that. I always did love Australia, though,’ she replied with a teasing smile. 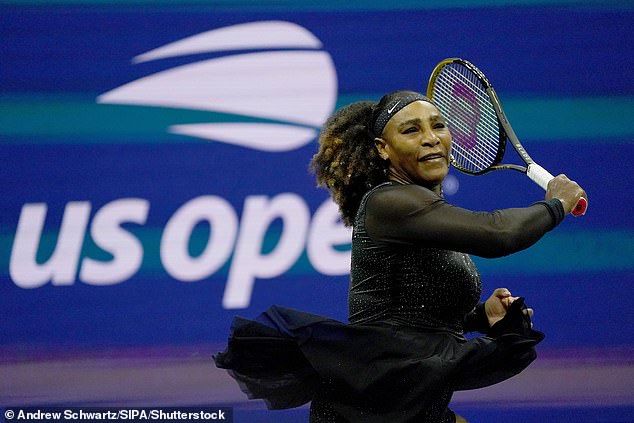 The inference was clear, however, that she will not be in Melbourne come January. 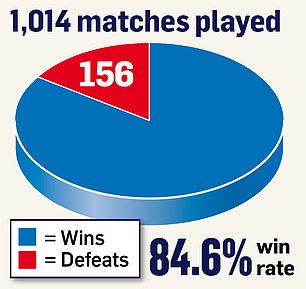 She has other things to do and if there was a lesson from her three rounds in New York it was that, just shy of her 41st birthday, absolute commitment is required to continue competing with someone like the athletic Australian Tomljanovic.

The fact is that the American, for all her ball striking ability, ran out of steam. And it was not that she had failed to prepare properly for this event, unlike Wimbledon. There had been a scientific build-up, with a big emphasis on practice sets, but there was simply not much left in the tank as two hours on court became three.

In fact, had she got through and faced the in-form Russian Ludmilla Samsonova in the fourth round, you suspect the result might have been crushing. 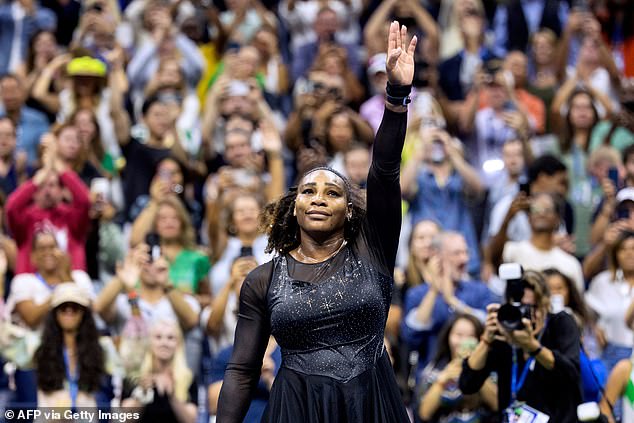 So this was likely it, although Williams is a tease who has a sharp antennae for self-promotion.

Depending on how the next few years work out, with her plans for business and expanding her family, you could not entirely rule out her mulling a return if it suited her.

She now faces what is sometimes referred to as the first death in an athlete’s life, the one when a playing career comes to an end.

Williams insisted she is unperturbed by the prospect: ‘I have such a bright future ahead of me. Also, I’m kind of at an advantage because Covid happened. Everyone shut down for a year and we kind of got to see what our lives would be like if we weren’t playing tennis.’ 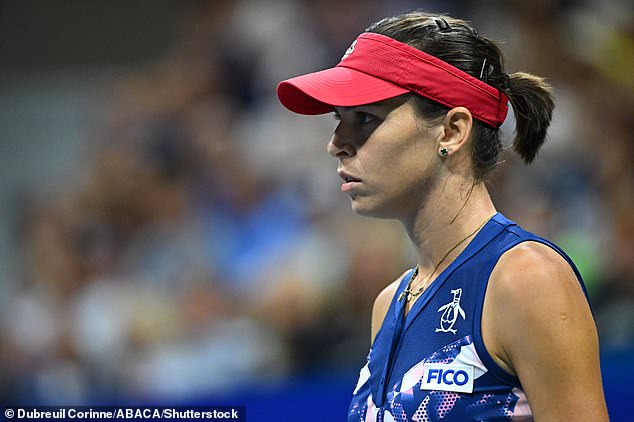 There was no great post-mortem on her career, although she picked out winning the French Open in 2015, which carried her three-quarters of the way to holding all four Majors, as the probable highlight.

She joked drily about her proudest moment of the week, making reference to some of her outrageous on-court behaviour of the past: ‘I didn’t smash any rackets, so that was a plus, and I had a good attitude, even if I didn’t want to.’

The US Open will miss her as will American tennis in general. She has been a rare connector with mainstream attention for a sport whose lack of homegrown superstars has seen it pushed largely to the margins in the United States.

She leaves behind Jessica Pegula as the national No 1, a worthy performer but not somebody who is going to shift the dial with the wider public. 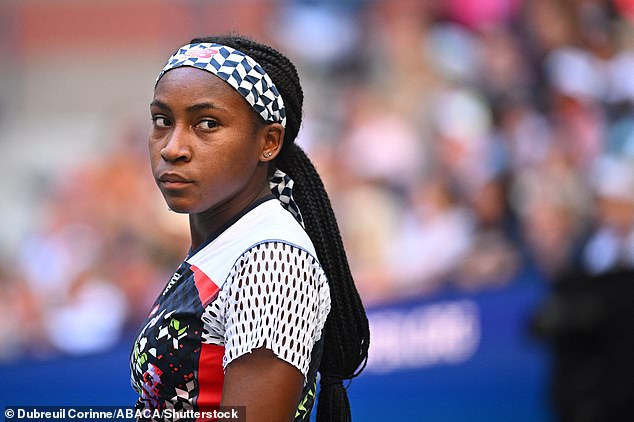 Their greatest hope is Coco Gauff, the articulate and appealing teenager who is on the cusp of the world’s top ten.

She will find a large shift of attention towards her, especially as the American men do not have anyone who looks poised for an immediate breakthrough. Gauff is in the fourth round and might now find herself saddled with Emma Raducanu-like expectations. She is better equipped to cope though as her development has been more gradual.

As for Williams, she did not have many fixed plans for the coming days: ‘Probably spending some time with my daughter. I’m a super hands-on mum. I’m definitely going to be singing karaoke tomorrow.’