A former prison officer who murdered his friend and hid her body in a remote Scottish forest was caught on CCTV buying bleach, rubber gloves, disinfectant and waterproof trousers before he buried her body in a shallow grave.

Ms Faulds, a youth worker, was reported missing by her family on April 30 2019, two days after she was last seen.

Her body was found about six weeks later in Glentrool Forest, in the Galloway Forest, Dumfries and Galloway, after a major search involving specialist officers and search dogs.

The pair had known each other from when they worked together at Kilmarnock prison.

Today, chilling footage showed Willox going to various shops in Ayr to buy the cleaning products and trousers, along with tins of outdoor disinfectant, rubber gloves and shower curtains.

He then travelled to Dumfries and Galloway to bury Ms Faulds’s body. 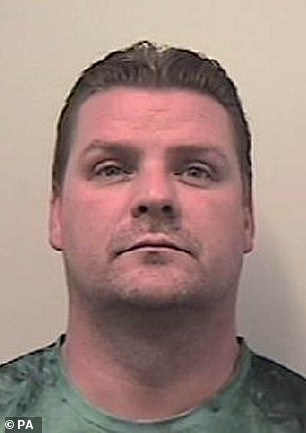 Willox had denied the charges but was found guilty of murder and attempting to defeat the ends of justice following a trial at the High Court in Glasgow in May.

He was sentenced to life and told he must serve a minimum of 20 years when he returned to the court for sentencing on Tuesday.

Judge Lord Mulholland told him: ‘You have been convicted of murdering a young woman, Emma Faulds.

‘Only you will know what happened in your house that night that led to you killing your friend.

‘Having murdered her you created an elaborate scheme to cover up your crime.’ 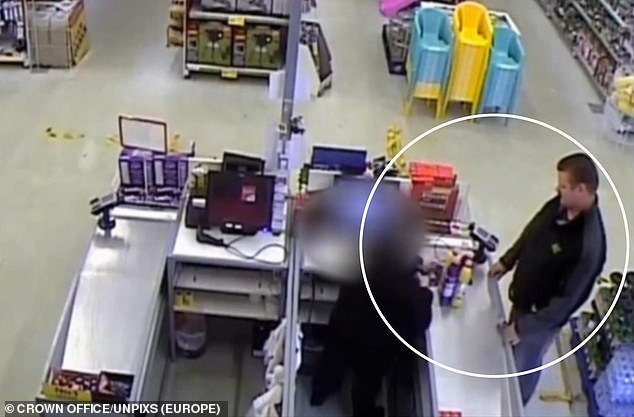 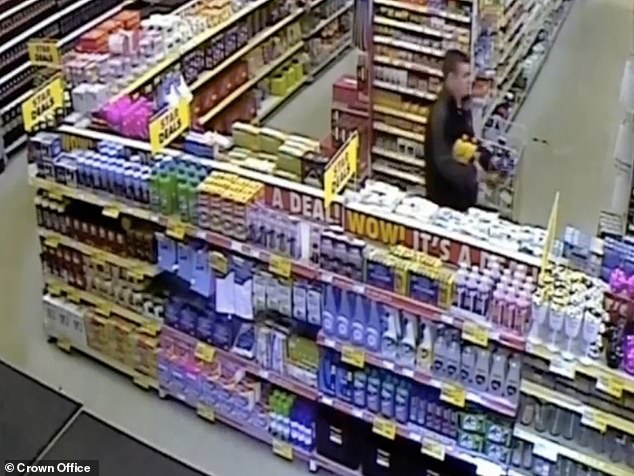 He said that Willox placed the body of Ms Faulds in a shallow grave and covered it up and tried to ensure it would decompose more quickly by placing it in a wet area.

The judge said: ‘You hoped it would never be found and her devoted family would have to spend the rest of their lives wondering where she was and if she was alive or dead.’

Willox was convicted of murdering Ms Faulds by unknown means at a property in Monkton, Ayrshire, on April 29 2019 and of attempting to defeat the ends of justice by various means between April 29 and May 8 2019. 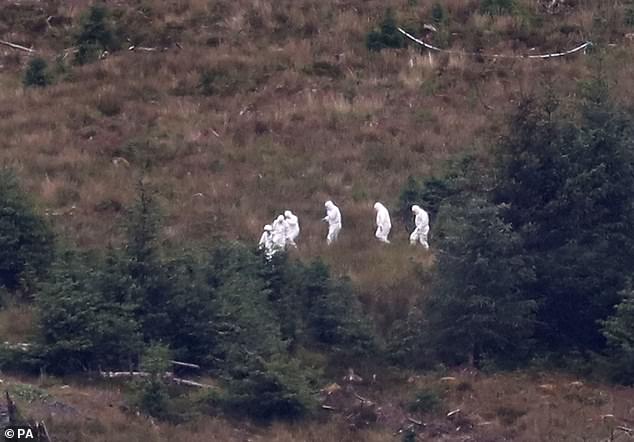 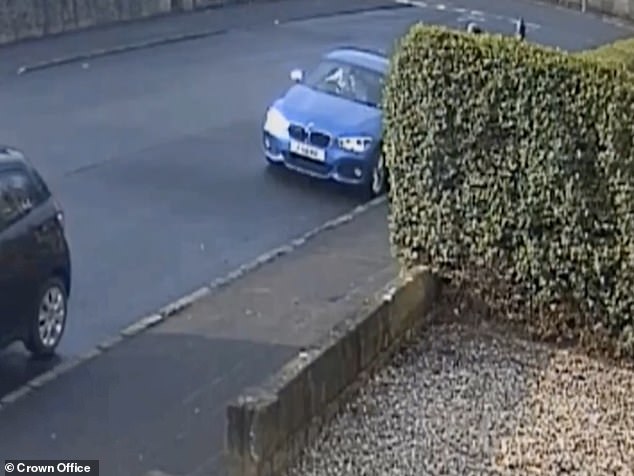 He concealed the dead body in Monkton and elsewhere and went on to dispose of his friend’s naked body in ground at the end of a remote forestry track in Glentrool Forest, concealing it with soil, clumps of moss and other vegetation.

On April 30, Ms Faulds parents were visiting relatives in Brighton when her mother got a call from Emma employers at the Kibble Education Centre in Paisley that she had not turned up for work.

Margaret told jurors: ‘We were concerned because it was totally out of character. She was in touch every day. We knew something was wrong.’

A huge nationwide appeal was launched to try and find her. 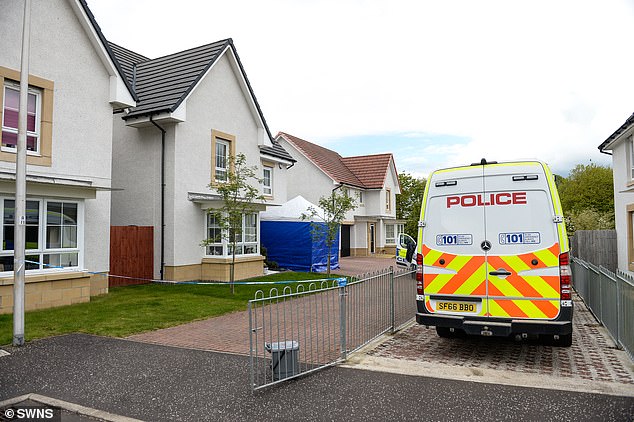 Police investigate the disappearance of Emma Faulds at a house in Monkton, May 7 2019 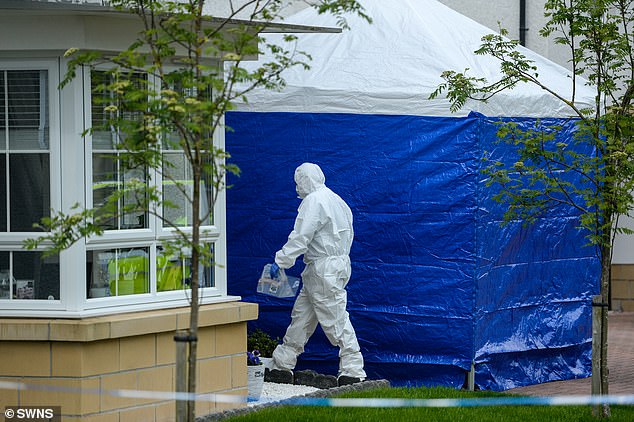 Specialist officers seen outside a property in Monkton, with two cars also being examined, May 7 2019

Her younger sister Miriam had flown back from her nursing job in Abu Dhabi to join the desperate hunt.

The 34 year-old was asked during the trial by prosecutor Paul Kearney if Willox helped in any of the searches.

She replied: ‘Never. I thought that was strange. Why would he not be trying to find her?’

After Ms Faulds was reported missing, Willox told police he had been partying with her at his flat but said they then went in her car to her flat in Kilmarnock, Ayrshire, where he claimed he left her fit and well.

However, police became suspicious about his movements when they found CCTV footage that showed a man driving her car back to her street.

They then found CCTV footage of Willox driving his Mercedes jeep through Girvan on April 29 towards the Galloway forest area, a region where he had previously worked building wind farms. 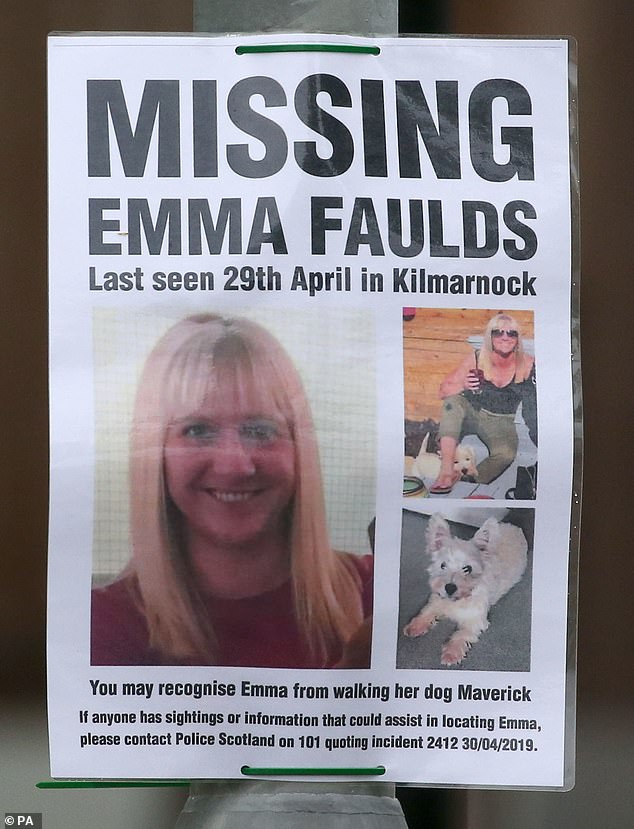 Police said that, when put together circumstantially, this CCTV painted a suspicious picture of Ross Willox in relation to the disappearance of Ms Faulds.

The Galloway Forest covers an area of about 700 square miles, however, by using specialist techniques, police were able to focus on a search area.

Using cell site analysis from Willox’s phones, overlaid with CCTV analysis and time and distance runs with cars, officers were able to narrow down the search area to 10-15 square miles and the missing woman’s body was recovered on June 12 2019.

Willox, who became friends with Ms Faulds when they both worked at HMP Kilmarnock, was arrested on May 8 2019 and later charged with her murder.

Judge Mulholland told Willox: ‘You were not as clever as you thought you were.’

He sentenced him to life with a minimum of 20 years for the murder charge, and six years for attempting to defeat the ends of justice, to run concurrently.

Donald Findlay QC, representing Willox, said it would not be appropriate to express any contrition on behalf of the 42-year-old when Willox says he was not responsible.

He said that while what happened will never be known, it appears all was well when drugs were delivered to Mr Willox’s home in the early hours of the morning.

Mr Findlay said: ‘He is not the kind of person I would have expected to have found himself guilty of a crime of murder, murder of somebody that he knew and cared for – they cared for each other, not in any romantic sense, but as friends.

‘Something catastrophic went wrong in the early hours of the morning, and one life was lost.’

Detective Inspector Peter Crombie, deputy senior investigating officer on the investigation, previously described Willox as a ‘selfish, arrogant monster’ and said no motive for the crime has been identified.

Detective Superintendent Suzie Chow from Police Scotland’s Major Investigation Team (West) welcomed the sentencing, saying: ‘Today marks the culmination of an incredibly difficult time for Emma’s family, who have been left devastated by her death.

‘They have shown tremendous strength throughout Police Scotland’s investigation and the trial, and I would like to thank them for the support they gave the inquiry team, which was invaluable.

‘I hope the knowledge that Ross Willox has now been held accountable and will be behind bars for a long time provides them with some comfort.’