A package containing the poison ricin and addressed to President Donald Trump was intercepted by law enforcement earlier this week.

All packages addressed to the White House are sorted and screened at a secure offsite facility prior to delivery. Two law enforcement sources told CNN that two tests were done to confirm the presence of ricin.

Investigators believe that it was sent from Canada, a law enforcement official told the New York Times.

Ricin is a highly potent toxin derived from castor beans, and is extremely lethal if inhaled or injected, but less so if ingested. Inhaling a dose the size of a few grains of salt can be lethal to adults.

‘The F.B.I. and our U.S. Secret Service and U.S. Postal Inspection Service partners are investigating a suspicious letter received at a U.S. government mail facility,’ the Federal Bureau of Investigation said in a statement to the Times. ‘At this time, there is no known threat to public safety.’

Deadly ricin has previously been used to target American politicians through the mail.

In 2014, actress Shannon Richardson, who appeared on The Walking Dead, was convicted of sending envelopes containing ricin addressed to then President Barack Obama and New York City Mayor Michael Bloomberg.

She was sentenced to 18 years in prison. 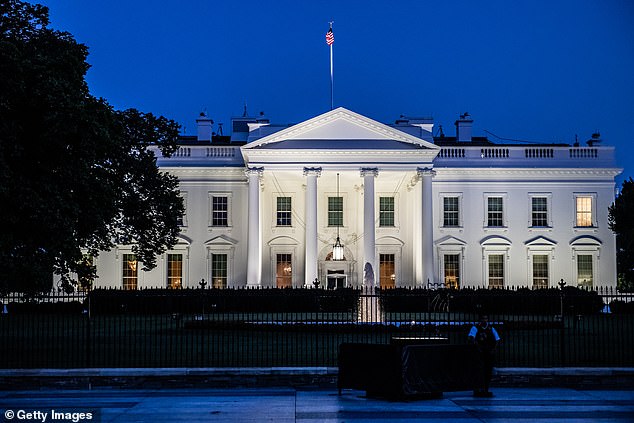 In 2014, Georgetown University student Daniel Milzman pleaded guilty to a federal charge after a bag of ricin was found in his dorm room.

Prosecutors say he had planned to use it on another student he had formerly been in a relationship with. He was sentenced to one year and one day in federal prison.