By Brendan Carlin and Mark Nicol for The Mail on Sunday

Parliament could be suspended under secret plans to combat a ‘worst-case’ coronavirus crisis, The Mail on Sunday can reveal.

Boris Johnson and his Cabinet would use emergency powers to battle a pandemic while MPs and peers were told to stay at home. The startling plans are understood to be part of confidential discussions between No 10 and the Commons authorities.

One MP last night expressed fears that such a scenario would leave the Prime Minister in almost ‘martial-law’ style control of the country, prepared to run the country from a ‘war bunker’.

But a Cabinet Minister privately warned it would be madness for MPs to continue to meet in such circumstances, describing them as potential ‘virus super-spreaders’ as they travelled to and from their constituencies.

The plans to shut down Parliament emerged as the Government vowed that ‘everything possible’ was being done to tackle the virus, including plans to use troops to cordon-off affected areas if necessary.

Under a virus ‘battle plan’ and other proposals unveiled last night, Ministers will:

The Prime Minister yesterday spoke to Mr Hancock and the Chief Medical Officer ahead of further talks today and a full emergency Cobra meeting tomorrow, to be chaired by Mr Johnson. He stressed the vital importance of people washing their hands properly, saying that although coronavirus may very well be a challenge, ‘I have no doubt with the help of the NHS and its incomparable staff, this country will get through it – and beat it.’

No 10 also suspended its boycott of the BBC’s Today programme on Radio 4, with Health Minister Edward Argar giving an inter- view yesterday.

The flurry of activity comes after ex-Chancellor George Osborne called for the Government to be on a ‘war footing’ over the virus crisis and after Labour accused Mr Johnson of responding like a ‘part-time Prime Minister’. 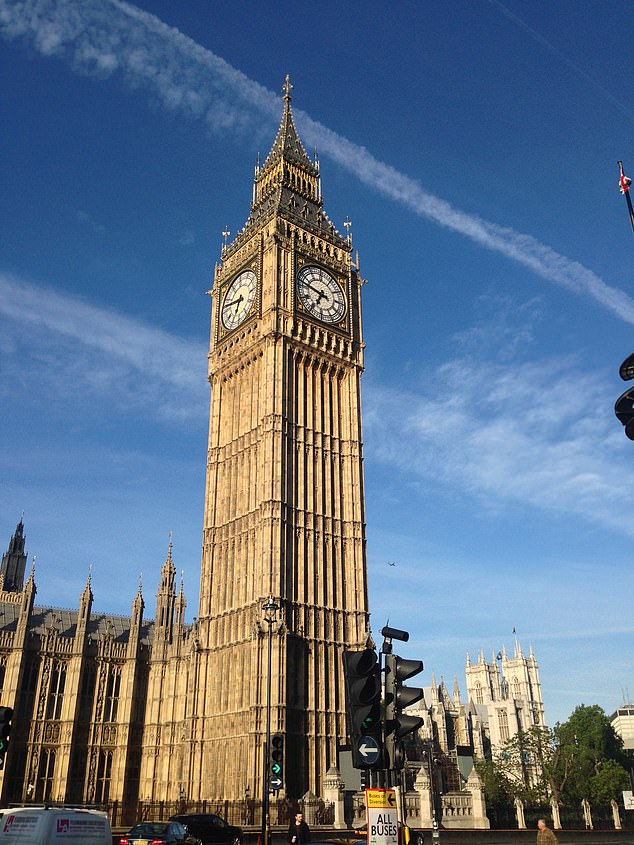 One MP last night expressed fears such a scenario would leave the Prime Minister in almost ‘martial-law’ style control of the country, prepared to run the country from a ‘war bunker’

Separately, it has emerged that soldiers could be used to cordon off areas affected by coronavirus and to transport dead bodies.

And under plans being discussed by top brass, large military camps in rural areas such as RAF Brize Norton in Oxfordshire and RAF Lyneham in Wiltshire could be used as quarantine areas for victims of the illness.

The MoS can reveal that top medical officers met at Army headquarters in Andover, Hampshire, on Friday to discuss options for the Ministry of Defence to present to Downing Street as part of emergency anti-coronavirus planning.

The options could see the Armed Forces providing additional ambulances and body temperature scanning machines which could be used at airports and ports in order to identify passengers carrying the virus.

The Royal Army Medical Corps, which is responsible for maintaining the health of servicemen and women, and Queen Alexandra’s Royal Army Nursing Corps could also provide hundreds of highly trained personnel to assist NHS staff across the country.

Many of these men and women gathered vital experience of treating victims of infectious diseases when they were deployed to Sierra Leone in 2014-15 during the deadly Ebola outbreak which cost an estimated 15,000 lives in that country.

Tory sources have dismissed suggestions that suspending Parliament would revive the row over Mr Johnson’s controversial unlawful prorogation of Parliament last year, pointing out that any such move would be in the context of a national health emergency.

Under secret contingency plans first revealed by this paper in 2018, the Commons would move to Milton Keynes if an emergency meant the Palace of Westminster became unusable.

But one Minister last night said a virus pandemic would potentially mean the Commons would not be able to meet in any location, even temporarily.

He added that the Civil Contingencies Act already gave the Government ‘sweeping powers’ in such a crisis.

A Commons source stressed that shutting down Parliament was very much a ‘last-resort measure’, even in a full-scale pandemic crisis.

As the number of coronavirus cases in Britain rose to 23 last night, Liberal Democrat MP Layla Moran pleaded yesterday for workers who have to ‘self-isolate’ to be offered full pay.

She urged Health Secretary Mr Hancock to intervene, saying that workers forced to take time off would otherwise lose out, as statutory sick pay ‘only kicks in after three days off’.