Second-hand bra, used potato peeler and out-of-date Baileys are among Britain’s most disappointing Christmas presents – as research shows younger generations are most likely to give away unwanted festive gifts

By Chris Brooke for the Daily Mail

To give may be better than to receive – but to receive can sometimes be… well, rather underwhelming.

So spare a thought for the blighted souls whose Christmas presents included such treats as a used potato peeler or a second-hand bra.

Astonishingly, they are among the top ten worst Christmas gifts in a survey carried out by the consumer group Which?.

Other entries on the list of shame included carpet cleaner, a pencil stand and out-of-date Baileys Irish Cream liqueur… which the recipient poured down the sink.

Among the more than 2,000 adults asked about the presents they received last year, one former school cleaner felt ‘very insulted’ when she received a plastic mop, bucket and pink rubber gloves.

Among the more than 2,000 adults asked about the presents they received last year. Picture: Stock

Another respondent failed to see the funny side when her ex-boyfriend gave her ‘Mr and Mrs’ cushion covers.

Many found it hard to remind themselves that it’s the thought that counts, with one in five admitting that by February they had given away or sold unwanted gifts. The top ten also included an ironing board for sleeves, a bejewelled bath cap and a bath plug shaped like a poo emoji.

Around one in five of those polled admitted they had given away or sold one or more gifts they had received last Christmas.

Those from younger generations were most likely to give away presents. Which? found three in ten of those aged between 18 and 34 years old gave away or sold at least one present they received last year, compared to nearly one in five aged between 45 and 54 years, and one in 10 aged 55 years and over. 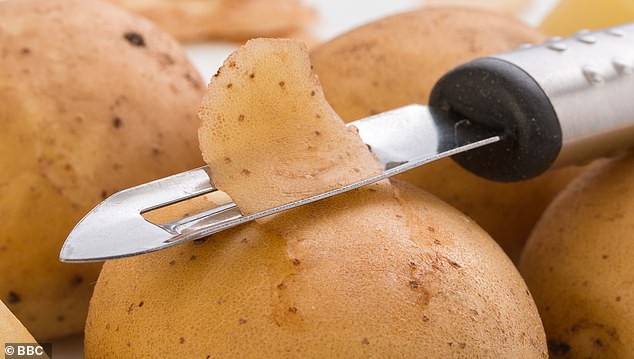 Londoners were also more likely to find a new home for their presents compared to the rest of the UK – a third of those from the capital said they gave away or sold disappointing gifts compared to the UK average of one in five.

Which? found women were more likely than their male counterparts to give away or sell their presents – a quarter of women decided to find a new home for their disappointing presents last year compared to one in seven men.

The consumer champion also asked people about the worst Christmas gifts they have ever received. Among them was a carpet cleaner, a sleeve ironing board, used potato peelers and out of date Baileys Irish Cream liqueur – which was thankfully poured down the sink.

Most retailers extend their return policy during the festive period, so if you’ve received a disappointing gift you may be able to exchange it for another item or a voucher if you have a gift receipt. However, customers should carefully consider whether to accept vouchers, as they could become worthless if the retailer goes under.

The buyer is often the only one who can request a refund or exchange, however, retailers may allow gift recipients to return gifts in exchange for a gift card, voucher or credit note so long as the item was marked as a gift at the time of purchase. 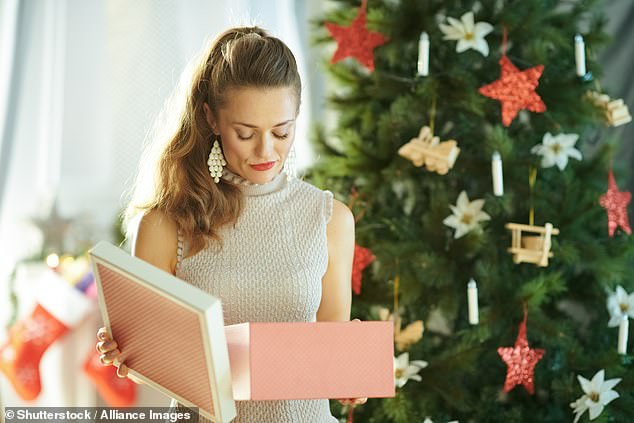 Which? found women were more likely than their male counterparts to give away or sell their presents. Picture: Stock

If you don’t have a gift receipt, you could consider donating your gift to charity or selling it on a secondhand marketplace such as eBay or musicMagpie.

Adam French, Which? Consumer Rights Expert, said: ‘ Whether it is out of date booze or kitchen utensils, many of us have been left wondering how to get rid of an unwanted Christmas gift – and our research shows a fifth of people choose to give their presents away.

‘We’d always advise requesting a gift receipt so the recipient has the option to exchange the present if they are disappointed.

‘Often only the buyer can request a refund or exchange. But if the item was marked as a gift when ordered, the retailer’s returns policy may enable a recipient to return or exchange it.’