During a long hot summer when the cost of living crisis, the energy price shock and industrial strife dominated the national agenda, it might easily have been imagined that ‘Great’ no longer described Britain.

On a slate grey day, when rain stopped play at the Oval, and maudlin images came to us from Balmoral, it became possible to step back and see the United Kingdom as it really is after 70 years of the Queen’s service to the nation.

Our newly minted Prime Minister, a Liz to a Lilibet, dared echo an oft forgotten truth. ‘Our nation has grown and flourished’ under Elizabeth II’s calm stewardship.

Queen’s industry: It was fitting that one of the Queen’s last symbolic acts, showcasing Britain as an economic powerhouse, was the opening of Crossrail, the Elizabeth Line

The late Queen’s 15 Prime Ministers, countless Chancellors and policymakers have delivered a much better country than people want to acknowledge.

It was fitting that one of her last symbolic acts, showcasing Britain as an economic powerhouse, was the opening of Crossrail, the Elizabeth Line, in May of this year. Tunnelled under London in the 21st century, it is a magnificent tribute to the nation’s engineering, architectural and technology skills.

Such engineering feats are the tip of an iceberg of change and innovation. From film stages being built at Elstree in Hertfordshire, to the centre of space exploration excellence at Stevenage, the video gaming industry in Dundee and pharmaceutical research in Cambridge, the New Elizabethan age saw a flourishing every bit as impressive as its Tudor predecessor.

Back in 2008, on visit to the London School of Economics, the Queen may have embarrassed the City with her ‘Why didn’t anybody notice it?’ question on the financial crisis. Yet in the 14 years since, a sturdier Square Mile has emerged, making it the most valuable source of national prosperity and the money spinner which funds sometimes sclerotic public services.

As someone born a few years before the start of Elizabeth II’s reign, I have been fortunate enough to have a ringside seat to the fantastic changes in our economy.

The thrill of travelling to London to attend the coronation celebrations in 1953 is still fresh in my mind.

The descent into the bowels of the earth at Victoria station for my first ever ride on the Underground. Then it was lunch at the Lyons Corner House at Marble Arch.

London’s underground railway is still there and one of the great legacies of the nation’s paternalistic, liberal, imaginative Victorian forbearers. 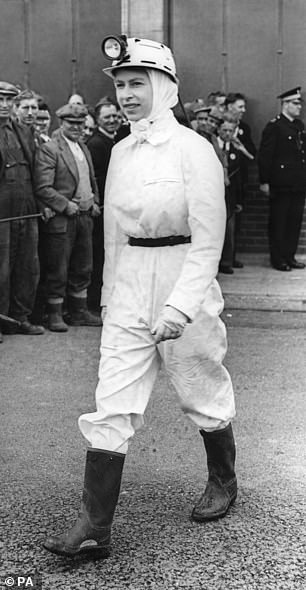 As for J Lyons & Co, the first company in Britain to adopt computing to run its affairs, it is no longer with us. Like so many great British brands in the second Elizabethan age, it was swallowed up by modern capitalism. First it was merged with Allied Breweries to become Allied Lyons. After a merger with Domecq, the Lyons name was exorcised and the rump bought by France’s Pernod Ricard in a £7.4billion takeover in 2005.

Many still look back on the 1950s as a halcyon period for the UK. Across the country there was a feeling of optimism as the rationing of food ended on July 4, 1954.

The legacy of the post-war Attlee government was the nationalisation of our great industries – coal, power, steel, and even aerospace – providing a security of employment and production which sustained great prosperity in the industrial strongholds of the Midlands and North. Cars poured off the production lines – Jaguars for the sporty inclined, Rovers for the established classes and the Morris, Austin, Ford, Vauxhall and Hillman for the middle-classes and working person. Patrician Tory Prime Minister Harold Macmillan felt confident enough to declare in 1957 ‘most of our people have never had it so good’.

New homes, many of them put up by councils, were churned out at the rate of 200,000 a year. The welfare state of protection from ‘cradle to grave’ and the NHS was being implemented rapidly.

But while Britain concentrated on public investment in welfare, other countries focused on industrial recovery.

The Marshall Plan in Europe in 1948 – together with forgiveness of German debt from two world wars – saw money released for investment in modern steel, car building and ship building.

In Japan, reconstruction with American support, saw the emergence of a new wave of car maker and world-beating ship production. The UK’s pre-war, under-invested manufacturing became increasingly less competitive and West Germany, Japan and Europe rose phoenixlike from the ashes of war. 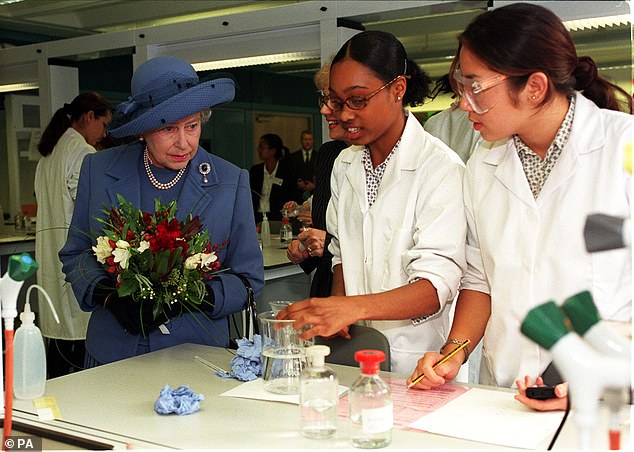 Britain’s older industries struggled. The UK’s underinvested education system produced fewer skilled workers and our banks were more interested in trading and international expansion than supporting domestic industries. After the industrial strife of the 1960s, Britain was forced into the hands of the International Monetary Fund in 1976 and government support for industry fell away.

When Margaret Thatcher declared war on the unions in the 1980s, first the coal mines, then many of the steel works, were shuttered.

Northern towns such as Bishop Auckland became industrial wastelands bereft of opportunity. Out of this wasteland developed a new economy. Manufacturing, which accounted for 33 per cent of national output when the Queen came to the throne, had shrunk to just 10 per cent by the turn of the millennium.

The 1980s saw a transformation. The pull of London and finance and the demand of the public for services saw it catapulted to the largest economic sector. Britain was selling insurance, banking and other professional services. 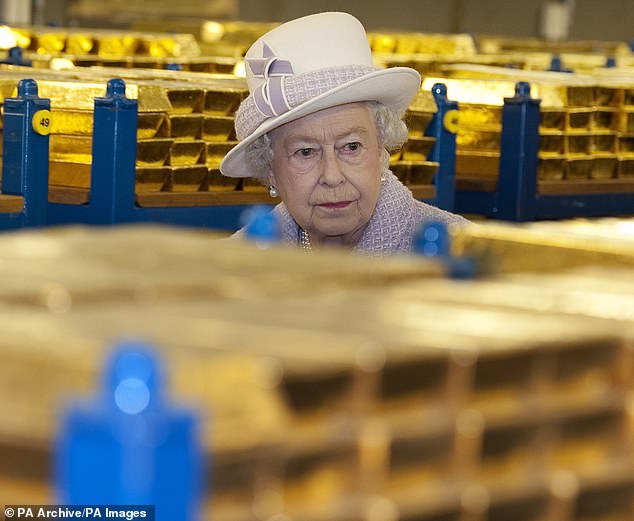 Under the Queen’s benign supervision, the Thatcherite revolution has made the UK a more enterprising, entrepreneurial society

A second industrial revolution of technology saw city centres boarded up as online shopping displaced traditional retail. The department store, the social core in many regional towns, was destroyed.

Old industrial cities have come back. In the 1980s, Michael Heseltine’s support for Liverpool saw the restoration of its waterfront. Manchester was transformed into a modern metropolis. Leeds became a Northern financial and retail hub. Britain is a much richer nation than in 1950.

Remarkably for a small crowded island, it is the fifth largest economy in the world. The Queen’s reign was marked by great leaps forward in the 1950s and early 1960s, and setbacks in the 1970s and 1980s.

But the under her benign supervision, the Thatcherite revolution has made the UK a more enterprising, entrepreneurial society and our great research universities, with their skills in life sciences and tech, a source of great hope.

The second Elizabethan age could be regarded by historians as leaving a legacy every bit as glorious as the first.