Legendary Queen guitarist Brian May once threatened to quit his Holland Park home because of what he described as a proliferation of basement developments nearby.

His acquisition — just four months ago — of the neighbouring £16million property to his townhouse may give him further cause for regret.

The legal action has been initiated by Nick Stoop, a financial expert, who was in a seven-year relationship with Takieddine’s blonde British ex-wife, Nicola Johnson, who Stoop is now suing.

He claims he is entitled to £3.7million following the sale of her Holland Park house to the Queen musician.

According to Stoop’s court claim, he met Nicola in 2009 when she was undergoing her acrimonious divorce.

For the first three years of their subsequent relationship, Stoop claims that, at Nicola’s request, he worked full-time for her — initially helping her in her divorce battle against her estranged husband. 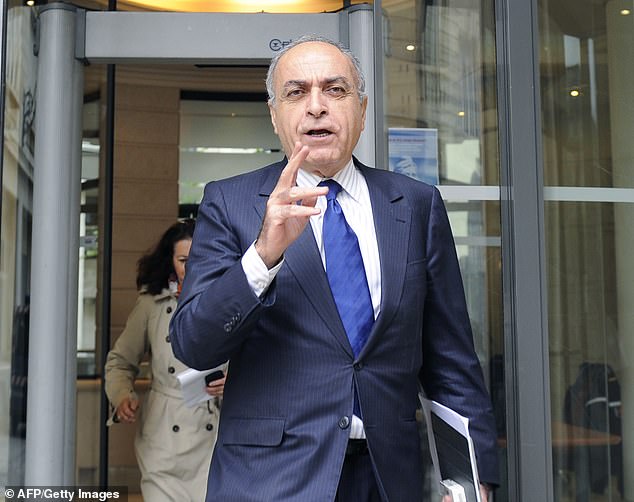 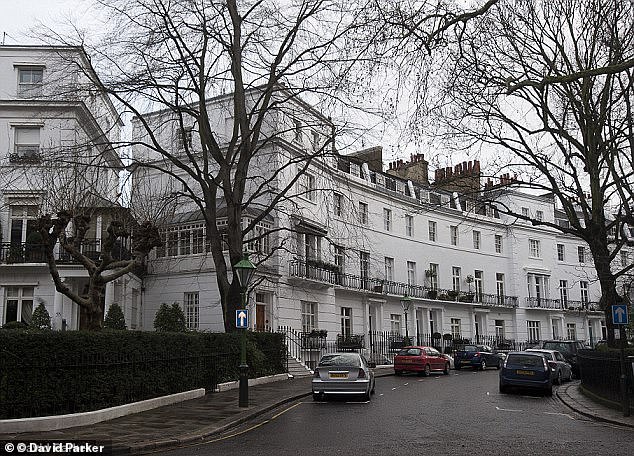 He says it involved intense effort in England, where Takieddine put his former marital home — next to May’s — on the market for £16million, and in France, where the divorce proceedings were under way.

Thanks to him, claims Stoop, the High Court prevented the sale of the house and made a ‘non-molestation order’ against Takieddine, forbidding him ‘from entering, or attempting to enter’ the property, or to ‘use or threaten violence’ against Nicola.

Stoop alleges that Nicola repeatedly assured him that he would be paid when she sold the house.

Even after his relationship with Nicola ended in 2017, he continued working for her but claims he remained unpaid.

Sounds like the sort of saga that Brian May could set to music.

Bob Geldof’s son-in-law, artist Andrew Robertson, might be scared off listening to music for a while after having to get a wireless headphone removed from his ear at hospital.

‘I had to have a piece removed from my ear in the hospital.

‘I even returned the earbuds six months ago, but Samsung still refuses to give me a refund unless I sign a nondisclosure agreement.’

‘I suffered 26 weeks of sleepless night, random dizziness and headaches. The rubber eartip has been removed from my ear, but the pain hasn’t stopped because Samsung are continuing to befuddle me with legal jargon.’

A spokesman for Samsung tells me: ‘Samsung takes customer safety very seriously. This isolated incident is currently being investigated.’

Here is the news: Huw’s doing his own make-up

If Huw Edwards’s foundation looks like it’s been plastered on to his face with a trowel, you can’t blame the BBC’s make-up artists.

The 59-year-old newsreader is still doing his own make-up before presenting the News at Ten, he reveals.

Sharing this photograph showing how he applies his own warpaint, the Welshman says: ‘Our superb freelance make-up artists have now been out of work for six months. ‘We miss their expertise and we’d love to see them all back.’ 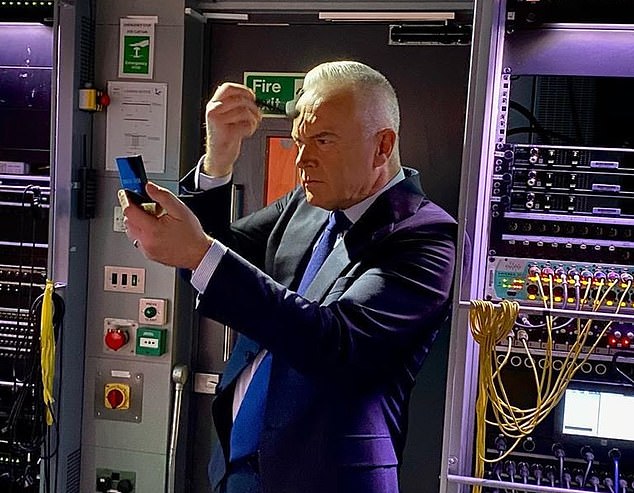 Welshman Huw Edwards, 59, (pictured) is still doing his own make-up before presenting the News at Ten

Strictly Come Dancing judge Craig Revel Horwood is postponing his wedding to fiance Jonathan Myring for two years because he wants a huge bash with lots of guests.

The pair got engaged in March but he says of their nuptials: ‘I want it to be big and fun, not a Covid wedding with five people there.

‘It’ll take a couple of years to plan n but we’re not in a rush.

‘Then I’d love to jet off to the Maldives, then perhaps return to Tasmania [where his husband-to-be proposed] on our honeymoon.’

And Craig’s not against having a family. ‘I’m not ruling out kids, but I’m 55 and I’ll be 56 in January. I’m getting a bit long in the tooth. Having said that, Elton John managed it, so why not? Never say never.’

Why Alicia’s on a stroll and a roll…

The Danish Girl actress turned 32 this week and visited the capital of her native Sweden with the 12 Years A Slave star, 43.

Alicia, who wore a loose grey sweatshirt, leggings and a £6,600 Louis Vuitton shearling aviator jacket, has four roles in the pipeline and her film The Glorias has just been released, so it’s no surprise she opted for the casual look on a rare day off.

When the couple wed in Ibiza in 2017, ­Alicia said: ‘I hope to have a family one day. It’s both the expectation and knowing it should be the greatest experience of my life.’ 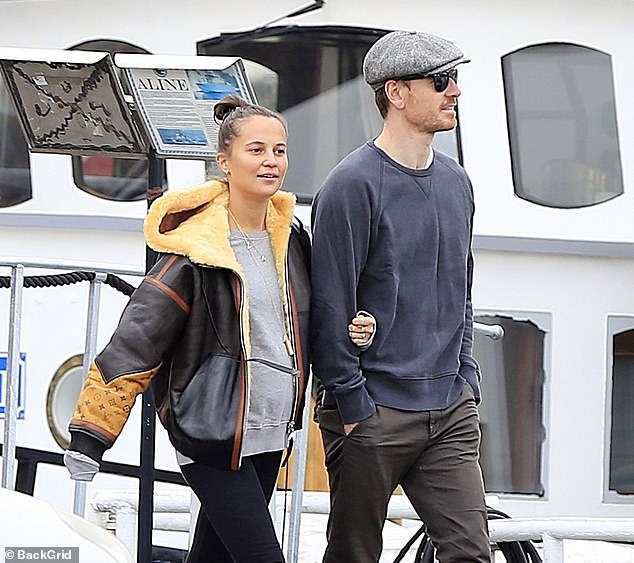 Dame Mary Beard hates having to teach her students online.

The Cambridge University classics professor tells me: ‘It’s a bit frustrating, it’s never quite the same teaching on Skype and Zoom, it’s second-hand at best.

‘I prefer having students in front of me and eyeball to eyeball contact so I can engage with them. I very much feel sorry for students, because they’re having to be cooped up.

‘I’m 65 now but if these Covid rules had come out when I was younger I’d have broken a couple.’

But he now admits to odd behaviour in his research to play the then Chancellor.

‘I don’t know why I wasn’t arrested,’ says Morrissey.

‘I sort of stalked Gordon Brown.

‘I drove to where he lives in Scotland, parked outside his house and sat there, I don’t know what I was doing. I was trying to breathe it all in. It was a bit weird.’

Like the prince, the son of the Marchioness of Milford Haven is speaking up about mental health.

He’s a trustee of James’s Place, a centre for men struggling with suicidal thoughts, named after his older brother, James, who killed himself in 2006.

‘Men keep things bottled up through sheer pride more than anything. That was the case with James,’ says Harry. 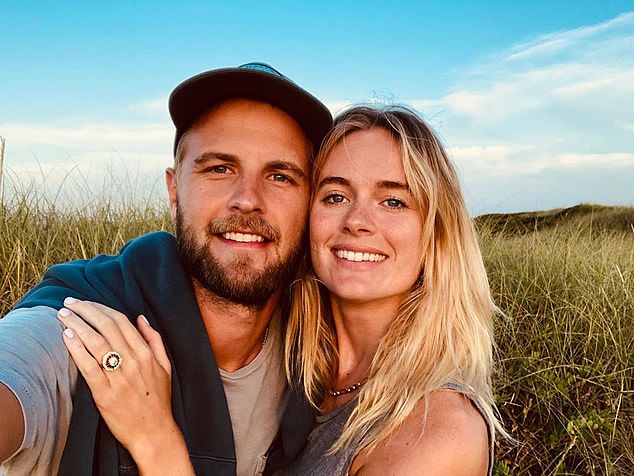 Prince Harry has much in common with his former girlfriend Cressida Bonas’s new husband, estate agent Harry Wentworth-Stanley, 31 (pictured together)

If Joe Biden is elected U.S. president next month at the age of 77, Neil Kinnock will be among those he should thank.

Biden had to pull out of the 1988 presidential contest after it was revealed that he had plagiarised a number of speeches, including one by the Welsh politician, who was the Labour Party leader back then.

With time on his hands, Biden saw a doctor about headaches he had suffered on the campaign trail.

It turned out he had two brain aneurysms and he was operated on immediately. Interviewed on the Michael Crick report on Mail+, Lord Kinnock reveals: ‘Joe says all that saved his life.’

Newly published accounts for Elton John’s UK Charitable Foundation reveal that it plunged into the red thanks to the Rocket Man singer’s generosity.

The accounts state that there had been more donations since the end of the financial year, which has since returned the charity into the black.