No stately home has captivated American hearts like Highclere Castle, the Earl of Carnarvon’s palatial family seat, since Downton Abbey was first filmed there a decade ago.

The series remains hugely popular in the U. S. with audiences in excess of 13million.

But the love affair has hit a hiccup thanks to travel restrictions owing to Covid-19.

It has led to cancellations for some Stateside tourists who had booked ahead for a tour of the castle, which is still the home of the Earl and Countess of Carnarvon (below).

The Countess of Carnavon is pictured above in Highclere Castle in Hampshire. Highclere has done its best to mollify the complaints and offered fans who have booked in advance a voucher worth 20 per cent more than they paid for their tickets.

The Carnarvons have gone out of their way to try to find a solution — but the road to Downton has hit a few bumps.

One couple from Florida had planned to celebrate their 40th anniversary by crossing the ­Atlantic on Cunard’s Queen Victoria before spending a week in London, which was mapped out to include a day visiting the stately home in Hampshire.

Christiana Fletcher tells me from her U. S. home that she and husband John are very disappointed. Highclere has suggested that they re-schedule their trip. But that, says Mrs Fletcher, is unrealistic.

‘This is the only place that refused to refund our money. We don’t know when there’s going to be a [coronavirus] vaccine or a remedy, so we can’t tell the castle we’re going to come on a certain date,’ she explains, adding that she and her husband paid £160 ($200) for their Highclere tour.

The Fletchers’ difficulty over rescheduling is echoed by other ­American tourists who have posted several excoriating reviews on Tripadvisor. 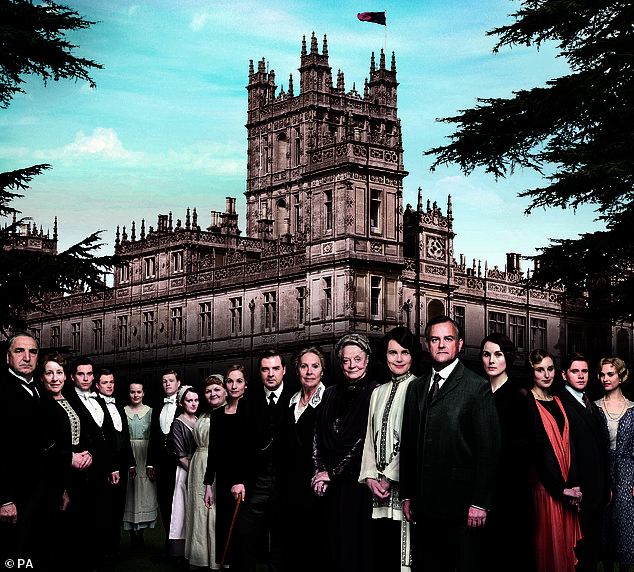 No stately home has captivated American hearts like Highclere Castle, the Earl of Carnarvon’s palatial family seat, since Downton Abbey was first filmed there a decade ago. The series remains hugely popular in the U. S. with audiences in excess of 13million

Highclere has done its best to mollify the complaints and offered fans who have booked in advance a voucher worth 20 per cent more than they paid for their tickets.

The voucher can be spent on tickets to any event at Highclere or in the online gift shop.

Highclere adds that it asks all visitors ‘no fewer than three times’ to read the castle’s terms and conditions, and advises all those travelling from abroad to take out travel insurance ‘precisely for situations like this’.

However, Mrs Fletcher replies: ‘Travel insurance doesn’t cover pandemics; the castle should have some insurance that does.’

Downton itself is enjoying a fresh surge of interest during the coronavirus out – break, with a welter of celebrity fans including ­Liverpool FC manager Jurgen Klopp speaking of their new-found pleasure in Julian Fellowes’s hit series.

Actress Emilia Clarke avoids unwanted criticism by not searching her name on the internet.

She tells me: ‘I learnt very quickly not to Google myself because when someone writes something awful or incredible about you, someone’s going to tell you. ‘You don’t have to research that about yourself.’

The former Game Of Thrones star adds, ‘I honestly don’t think there’s a need for me to pay attention to the criticism. I don’t Google myself now. I did it for one year after Game Of Thrones and I wish I could have addressed things like I’m actually happy with the size of my bum, thank you very much. I don’t need anyone else to tell me now.’ 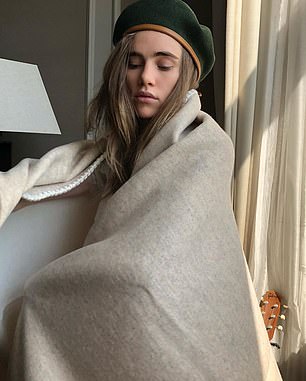 Burberry model Suki Waterhouse must be missing walking down the catwalk

Burberry model Suki Waterhouse must be missing walking down the catwalk. The 28-year-old daughter of a plastic surgeon has taken to parading around her living room in rather unusual attire.

The ex-lover of Hollywood hunk Bradley Cooper shared a video — which fans speculated was filmed by her boyfriend, Twilight star Robert Pattinson — of herself wearing white satin underwear and black knee-length stockings as she wrapped up in a cream blanket.

‘Welcome to my class on accessorising the blanket in the home,’ she says in the voice of a character from her recently binged upon TV series, Summer Heights High.

Dame Joan Bakewell claims one unlikely outcome of lockdown is that grey hair could become fashionable among women.

‘I haven’t seen the real colour of my hair for about 20 years. Fortunately, I had it done the week before the lockdown,’ she tells me.

‘I have my hair dyed at the same salon as [historian] Mary Beard in Primrose Hill. The make-up artist from Portrait Artist of the Year gave me a brush and darkener to put along the roots to cover the greys. I thought, I shall be needing that soon.

‘On the other hand, if this lockdown goes on much longer, we’ll all be white-haired and maybe it will become the fashion.’ 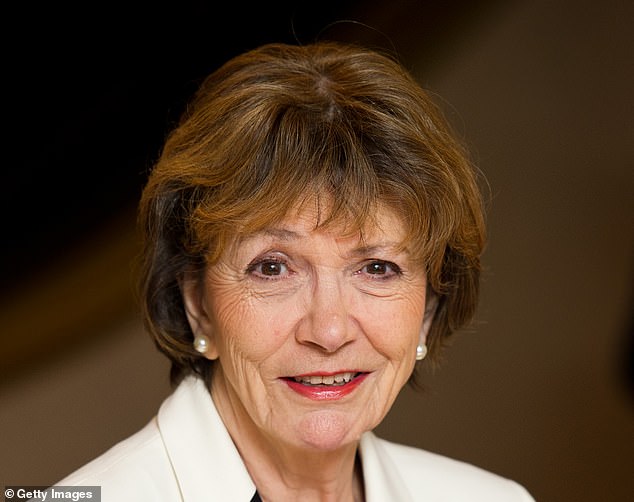 Damien Hirst, once the enfant terrible of British art, is a sensitive soul — deep down.

‘I haven’t drunk alcohol for 13 years, which is a long time — especially as a lot of my art came from my drinking. The idea of me not drinking upsets people and they get disappointed. I suppose my work — or a lot of my early works — maybe gives off the impression that I am somehow aggressive.’ Perish the thought.

Rock star Noel Gallagher reveals he’s picked up a new hobby while isolating with his wife, Sara MacDonald, and their sons Donovan, 12, and Sonny, nine.

‘I’m not particularly inspired to write anything, like a corona anthem,’ says the former Oasis singer, who has instead been busy giving his sons’ bedroom doors a ‘pop art’ makeover.

‘The whole project took me a couple of days, and they were great days,’ he adds.

‘When I die, they’ll be worth literally hundreds of pounds. ‘Listen, if we ever leave this house, those bedroom doors are coming.’

‘She is a fantastic mother and my best friend. She never nags me and supports me in everything I do,’ says the businessman, who is also father to her newborn daughter.

However, he adds: ‘Her worst quality would be her choice in TV shows. ‘Teen Mom is her favourite.’

Davina McCall has a new vocation.

‘I’d like to be a spokesperson for women in their 50s or approaching that milestone and tell them, ‘It’s going to be OK. I’m having a blast — and you can, too!’

The former Big Brother presenter adds: ‘I’m proud of being 52.

‘This is going to be my decade where I grab life by the horns. When I was a kid, women in their 50s looked in their 70s and like it was all over. It’s so different now. Getting older has made me looser, calmer and happier in my own skin.

‘Embracing fitness has boosted my body confidence way higher than it was when I was 18 — because it has nothing to do with what your body looks like, and everything to do with how you feel.’

TV’s Laurence Llewelyn-Bowen, son of a surgeon father and teacher mother, had a different career plan mapped out in his childhood.

‘Just the idea of surgery was so abhorrent! I actually always wanted to be a barrister. And it was only when the absolute reality of how much work it would require hit me at about 16 that I thought, ‘no’.’ 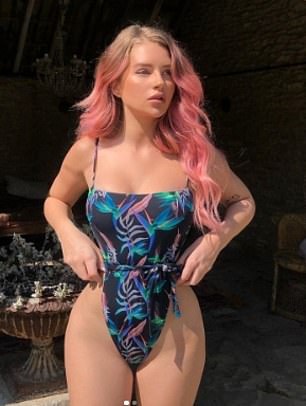 Thighs the limit for Lottie

Kate Moss’s model sister Lottie is not immune to the pitfalls of life under lockdown.

The 22-year-old Calvin Klein star reveals she has gained weight staying at her family home in the Cotswolds with mum Inger and Peter, the father she shares with Kate.

Posting a picture online, she writes: ‘I dunno what every – one else is doing in quarantine but I got thicc [slang for full-figured] apparently.’

Lottie previously declared she would ‘never be skinny’ like her sibling because, ‘I love food too much.’