A man whose wife and stepson were critically injured after the mid-air collision between two Sea World helicopters has told of his horror at watching the tragedy unfold.

Neil de Silva’s wife Winnie, 33, and nine-year-old son Leon were among three passengers who sustained critical injuries on the Gold Coast on Monday after the helicopter they were flying in clipped another and crashed seconds after take-off.

Leon, who arrived in Australia last year to be reunited with his mum, has been placed in an induced coma at the Queensland Children’s Hospital in Brisbane.

He is one of two young boys fighting for life in hospital after the crash, along with Ms Tadros’s 10-year-old son Nicholas.

‘My wife and stepson were injured in the helicopter crash at Sea World yesterday while we were on a quick holiday from Geelong,’ Mr de Silva wrote on a fundraising page.

‘Thankfully they are both alive but have a lot of surgery ahead of them which means the family will need to stay here on the Gold Coast and I won’t be able to return to work.’

The other survivor on board was Ms Tadros’s 10-year-old son Nicholas, who is on life support in Gold Coast University Hospital, where he’s already undergone four surgeries.

Simon Tadros, the grief-stricken father of Nicholas, has revealed how he could only watch on as his wife was killed in the tragedy. 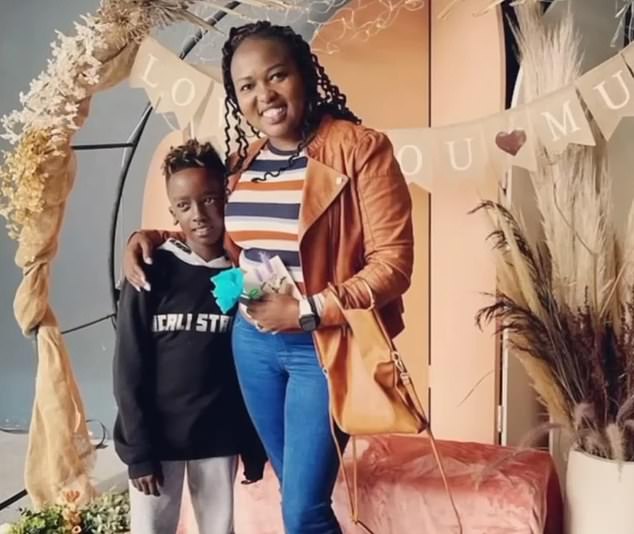 Mr Tadros told The Courier-Mail on Wednesday to: ‘Ask everyone to pray for my son that he wakes up and makes a good recovery’.

‘He is on life support in a critical condition. So please he needs all the prayers he can get,’ Mr Tadros posted on Tuesday night.

‘Please keep your prayers strong, may God pull him back with me and make a good recovery.’

Friends and neighbours back home at Glenmore Park in Sydney’s west have paid tribute, including local state MP Tanya Davies.

‘So often tragedies like these seem so far away from us but this devastating accident brings to home how precious and fragile life can be,’ she wrote.

‘Vanessa’s son Nicholas, is still in a critical condition in hospital. I pray for him and all the other surviving victims at this time. I especially think of Simon Tadros, Vanessa’s husband and Nicholas’ dad, who was on the ground at the time of the accident. He is by his son’s side in hospital.’

‘Life is precious and fragile. Treasure and appreciate your loved ones every day.’

‘What an absolute tragedy. Our beautiful Tadros family, Aced It Tutoring are feeling the pain of this loss. Hold your loved ones close.’ 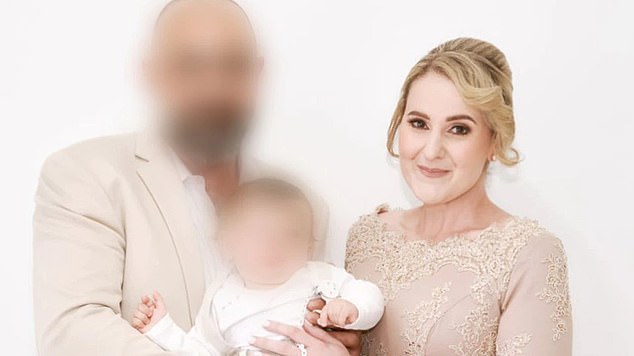 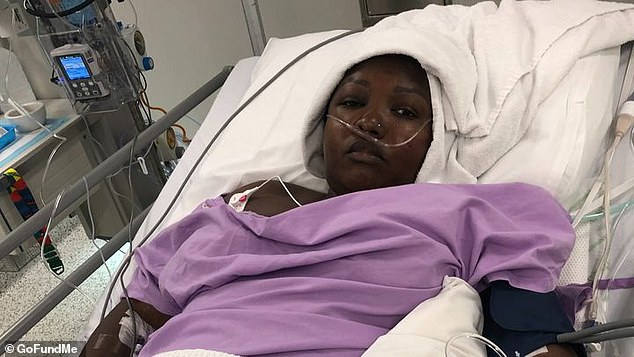 An online fundraiser has raised almost $5,000.

‘We are praying for a miracle that our Nicky, (as he is playfully known) can be brought back to his grief stricken father Simon,’ family friend Rochelle Fajloun said.

‘If by God’s grace Nicky survives his catastrophic injuries, he will have an intense and protracted recovery period. Please keep him in your prayers.’

‘Simon distressingly witnessed the accident unfold and is totally shattered.

‘With all of the emotional pain that death brings, it can also bring significant financial burden. Any donations that can help the family during this difficult period will be most appreciated.

‘Please keep this genuinely wonderful and much loved family in your thoughts and prayers as they prepare for a life like they’ve never expected.’

Neil de Silva broke down as he provided a heartbreaking update on stepson Leon and wife Winnie on Wednesday morning. 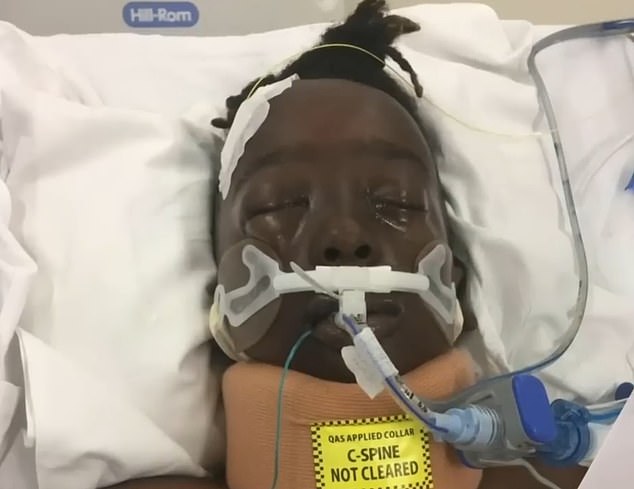 The Geelong family had travelled to the Gold Coast for a ‘budget’ holiday when he shouted the pair a 10-minute joy flight while visiting the theme park.

Mr de Silva’s wife remains in intensive care on the Gold Coast as her son Leon fights for life in Brisbane.

‘Leon’s the worst at the moment, he’s in an induced coma because of the head trauma and trauma on the brain,’ he told the Today show on Wedesday.

‘Our major concern is Leon when they wake his up today that he’s okay.’

‘I’m just doing what I can for them, I’ve got no choice.’ 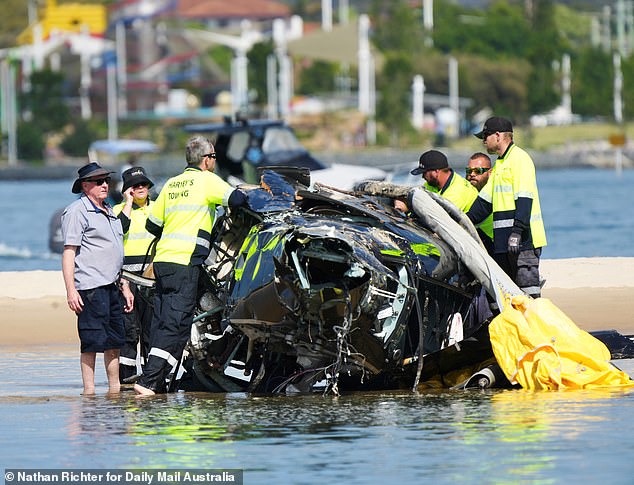 The mid-air collision claimed four lives and critically injured three others on board (pictured, the crash scene)

‘I thought they were dead, I couldn’t imagine anyone surviving,’ he recalled.

The 52-year-old pilot of the second helicopter, Michael James, and four of his five passengers suffered shrapnel wounds when the cockpit was struck by the main rotor of the other aircraft.

Three of the six people from the second helicopter, including the pilot, are still in hospital, a Queensland Health spokesperson confirmed.

That second helicopter’s passengers included a Western Australian woman and two New Zealand couples in their 40s who were travelling together. 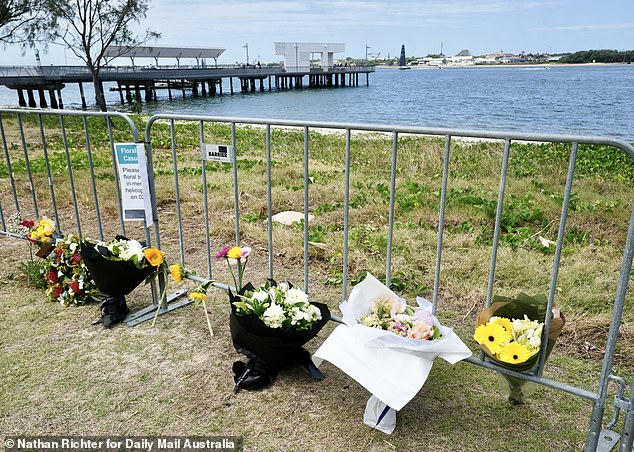