Is it time to scrap standing charges? A third are expected to be in ‘fuel poverty’ by Christmas, as heightened bills push households over the limit

By Emilia Shovelin For This Is Money

An energy campaign group is calling for standing charges on electricity and gas bills to be scrapped, as many customers struggle with rising prices.

Ofgem’s price cap, which applies to those on default tariffs paying by direct debit, rose more than 50 per cent in April meaning the typical household could pay as much as £1,900.

But, as the price cap is expected to rise further in October to a staggering £3,200, Fuel Poverty Action has predicted that more than a third of all households will be facing ‘fuel poverty’ by Christmas.

Standing charges are mandatory charges added to your energy bill to pay for essential services. They vary based on your location and usage, but average around 45p per day

To help households cope with rising bills it is calling on energy companies to scrap standing charges.

Standing charges are the additional daily spend that is added to an energy bill, and is charged no matter how much energy a household has used on that day.

Currently, standing charges are capped at an additional 45p for electricity, based on a customer with typical usage, and 27p for gas.

This equates to an additional £163 for electricity and £98 for gas on household energy bills.

Standing charges are used to pay for things like suppliers’ administration costs, which at the moment includes recovering the debt from the 30 energy suppliers who went bust in 2021.

It was at this time that cap on standing charges increased by around 20p per day.

FPA says that over 80 per cent of people supported the abolition of standing charges. The charity also wrote to industry regulator Ofgem, saying the additional charges were a ‘grotesque injustice’.

Should standing charges be scrapped?

Jonathan Brearley, chief executive of Ofgem, said recently that the said the regulator will look at whether the cost of the standing charge could be cut, but it shows no signs of scrapping the charges just yet.

An Ofgem spokesperson said: ‘Protecting consumers and making this energy market fair for everyone is our top priority and that’s why we are reviewing the issue of standing charges, as our CEO committed to at a recent parliamentary hearing.

‘Currently some costs of supplier failure are recovered from electricity standing charges, and the contributions are uniform for all customers regardless of how much energy they use.’

The regulator said that its considering recovering the debt through other means, but warned that could mean higher bills for those who use a lot of energy.

It said: ‘We will be considering whether another option, such as recovering this through unit rates, might be seen as fairer by consumers. 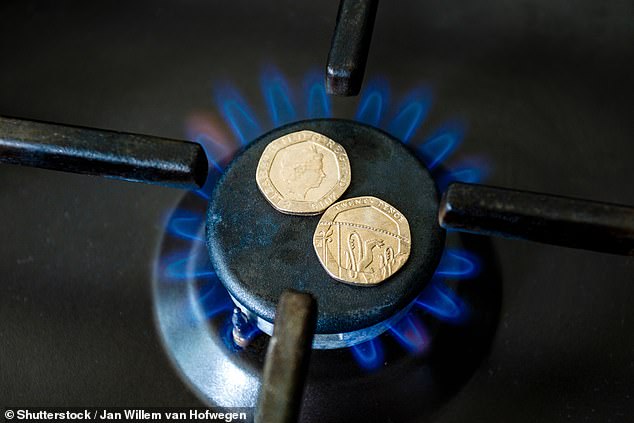 Standing charges for electricity increased by around 20p to an average of 45p earlier this year, to help recover the mounting debt left over by the 30 energy supplier failures in 2021

‘A unit rate model would mean contributions relate to energy usage, so users that consume less, pay less towards these costs.

‘As with all trade-offs some would pay more though, with high energy users seeing an increase.’

But Ruth London of Fuel Poverty Action said: ‘It’s unjust to put more and more load on the part of the bill that no one can avoid no matter how little energy they use.’

‘The standing charge is a killer for people who have cut their energy use to the bone but still face heavy daily charges. People on prepayment meters can end up having to find substantial sums before they can draw any heat or power at all.

> Read our guide: Everything you need to know about your energy bills

‘Standing charges are being played off against the tariff paid per unit of energy. Ofgem say they are trying to keep the per-unit tariff down for the sake of people who need a lot of energy, for example for health conditions.

‘But this does nothing for the many vulnerable customers who can’t manage to use much energy even if they do desperately need it.

‘Clobbering millions of people can’t be the solution to ensuring that people who need more energy can afford to keep warm – or cool’.

As part of Ofgem’s review, it is asking customers to get in touch with their views on standing charges.

The Ofgem spokesperson said: ‘This is an open letter and a draft consultation at this stage, and we welcome all views.’