The Scottish Tory leader has warned that Boris Johnson is fuelling support for independence and must ‘reflect’ on his performance during the pandemic.

Douglas Ross said the PM was a worse communicator than Nicola Sturgeon, amid mounting concern about the separatist drive north of the border.

The bruising comments came as the Scottish Conservatives move to distance themselves from Westminster on a series of key issues.

Mr Ross has criticised policies on Brexit, as well as backing calls for free school meal vouchers to be extended in holidays, and suggesting the Scots government should be able to pay 80 per cent furlough during lockdown. 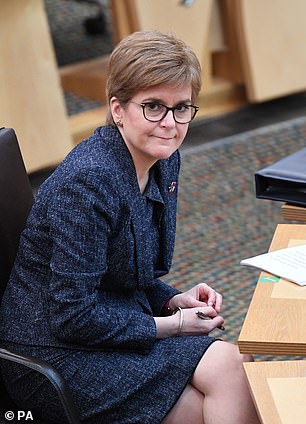 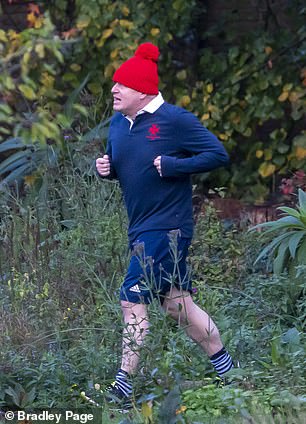 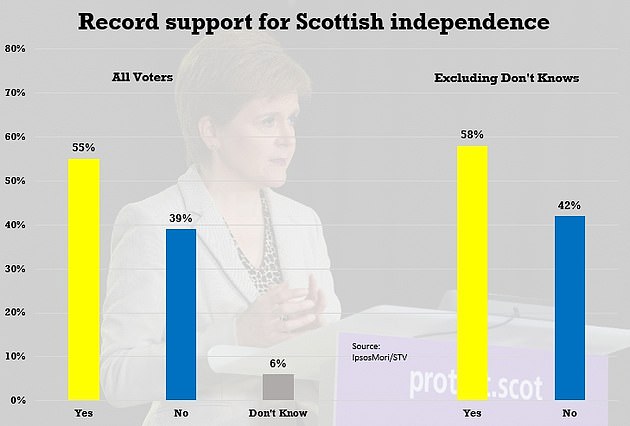 Backing for splitting up the UK has been hitting record highs, with one recent poll putting it at 58 per cent.

Ms Sturgeon’s handling of the coronavirus crisis and Brexit tensions have been credited with the shift.

In an interview with ITV last night, Mr Ross delivered a damning verdict on the PM’s performance so far.

Asked whether Ms Sturgeon was a better communicator, Mr Ross said: ‘I think most objective people would say she is a more effective communicator than the Prime Minister.’

Mr Ross was confronted with Mr Johnson’s approval rating in Scotland of minus 57, compared to Ms Sturgeon at plus 49.

Pressed on whether the PM was harmful to the case for Scotland staying in the UK, he replied: ‘You can’t say that the people of Scotland are absolutely wrong with their ratings on their various leaders so we’ve got to reflect on that and the Prime Minister reflects on it.

‘He is not blind to opinion in Scotland.’

As the battle for Scotland heats up, ministers today suggested Ms Sturgeon will not get powers to pay 80 per cent furlough to Scots after lockdown ends in England – despite Mr Johnson hinting she would yesterday.

Communities Secretary Robert Jenrick said it would be down to the Treasury whether the coronavirus support package continued after December 2.

The comments tee up a major row, with Ms Sturgeon complaining that she needs more financial freedom to respond to the crisis.

She tweeted this morning: ‘I’m sorry to say that @scotgov has no more detail now than we did before PM statement yesterday. Woolly words don’t pay people’s wages.’

Chancellor Rishi Sunak has extended the UK-wide scheme in England during the looming blanket clampdown, which is due to run from Thursday until December 2.

It pays 80 per cent of usual salary to workers whose jobs are put on hold by the measures, up to a ceiling of £2,500 a month.

Mr Ross called on Mr Jonson to extend availability of the furlough scheme in the Commons yesterday.

‘The furlough scheme is UK-wide for next month, but the crucial answer we need is will it be available to other nations of the UK if in the future the science demands that further lockdowns are required anywhere in the country?’ Mr Ross said.

‘And if he can’t give that commitment, will he explain why it seems an English job is more important than a Welsh, Northern Irish or Scottish one?’ 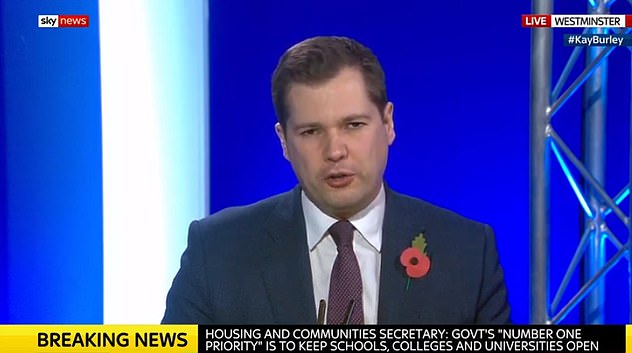 In response, Mr Johnson suggested that the scheme could be available in Scotland beyond December 2.

‘The furlough is a UK-wide scheme,’ he said. ‘If other parts of the UK decide to go into measures which require the furlough scheme then of course it’s available to them, that has to be right and that applies not just now but of course in the future as well.’

But Mr Jenrick appeared to row back the commitment in a round of interviews this morning.

He stressed furlough was a ‘UK-wide scheme’, adding: ‘It will be available to everybody in the UK until the 2nd December.

‘At that point I think the Chancellor quite rightly will have to decide what its future is.’

Scotland has already received more than £6.5billion from the UK Government in direct response to the coronavirus crisis