The UK’s biggest and most popular investment trust has upped its dividend by 5 per cent, despite seeing a sharp fall in the value of its investments due to market turmoil.

Baillie Gifford’s Scottish Mortgage Investment Trust reported a 15 per cent fall in its net asset value, or NAV, since the end of March, after a slide in the shares of many of its holdings.

That was more than double the 7 per cent decline across the wider FTSE All-World index, the company, which is heavily invested in tech stocks, noted.

Scottish Mortgage has slashed its stake in online retail giant Alibaba to 0.9%, from 2.5%

The 113-year-old trust also announced it had cut its exposure to China, including long-standing investments in Alibaba and Tencent, amid an ongoing crackdown by Beijing on tech companies.

‘The regulatory environment in China remains challenging, and we are concerned that ongoing uncertainty will harm the risk-tolerant culture that has driven the long-term success of China’s private sector,’ it told investors.

Online retailer Alibaba, which in March accounted for 2.5 per cent of the trust’s portfolio, now makes up 0.9 per cent of total investments.

SMIT also slashed its holdings in tech giant Tencent from 4.2 per cent to 2.8 per cent as of the end of September.

However, it increased its stake in European electric car battery producer Northvolt, which is now its fifth biggest holding, accounting for 3.6 per cent of its portfolio. 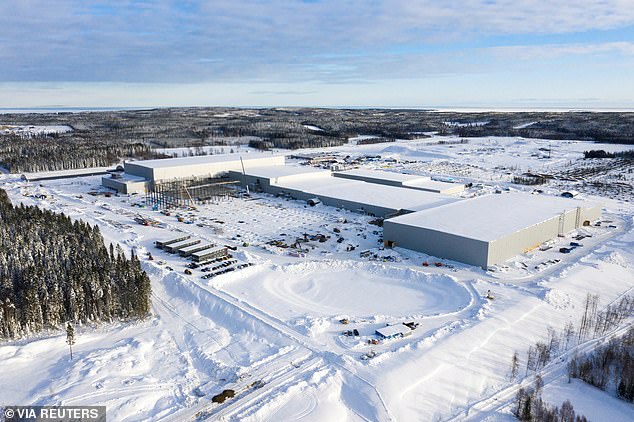 The trust, now managed by Tom Slater and Lawrence Burns after the departure of James Anderson, said it continued to back Tesla ‘despite the economic headwinds’ and its shares being down 45 per cent this year.

‘Tesla has been able to sell every car it can manufacture and continues to scale up its production capabilities rapidly,’ it told investors.

‘Its execution in a challenging operating environment has been impressive, as has its ability to control costs whilst growing sales.’

Moderna, the US company behind the Covid vaccine, remains Scottish Mortgage’s largest holding, comprising almost 7 per cent of its total investments. Its shares being down a quarter this year.

SMIT said it continued to believe in the pharma company, which is now looking to develop a personalised cancer vaccine to treat melanoma.

‘Our contention has always been that Moderna’s technology would have applications well beyond Covid, and commercial partners are now committing serious capital to such developments,’ it said.

Scottish Mortgage shares were 0.6 per cent higher at 804.90p in afternoon trading on Friday.

However, they have lost around 46 per cent of their value since last year