Scott Morrison is ruthlessly mocked by online trolls over his attempt at a ‘cringeworthy’ TikTok trend: ‘Hard to watch’

Former Prime Minister Scott Morrison has been ruthlessly roasted online after appearing in a TikTok clip where he attempted some ‘cringeworthy’ dance moves.

‘ScoMo’ was with 20-year-old Olympic diver Sam Fricker at the Cook Community Classic, a charity ocean swim on Sunday in Cronulla where Mr Morrison still serves as the MP for Cook.

‘This is how we ‘hit the woah’ – let’s see if ScoMo can do it as well,’ Fricker explains in the clip before showing how the short dance is done.

The trend in which the dancer makes a circular motion with their hands started on TikTok in 2021 and quickly spread – similar to other viral dances like ‘flossing’ and the ‘Harlem Shake’.

Mr Morrison, 54, who is patron of the event and was known for leaning into his ‘daggy’ persona while in the nation’s top job, followed Mr Fricker’s demonstration with his own awkward attempt.

But commenters on the clip were less than impressed with the effort, labelling it ‘depressing’ and ‘hard to watch’.

‘Is this one of those ‘ending video when we cringe’ TikToks?’ one person said.

‘That was tough to get through,’ added another. 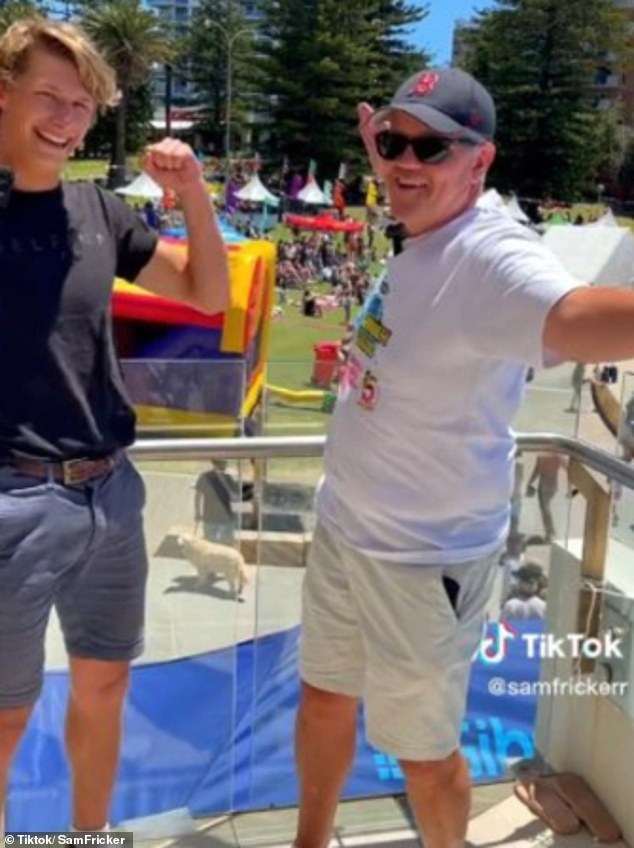 Other commenters made references to Mr Morrison’s controversies while leading the government.

‘That doesn’t look like Hawaii,’ one said, referencing his holiday to the US state during Australia’s 2019-20 summer bushfires.

‘Careful mate he will appoint himself minister of diving and take your job,’ added another, in reference to Mr Morrison secretly appointing himself to multiple ministerial portfolios during the Covid pandemic.

Fricker, who competed but did not get a medal at the Tokyo Olympics, has built up a large following on social media.

He has more than a million followers each on both TikTok and YouTube. 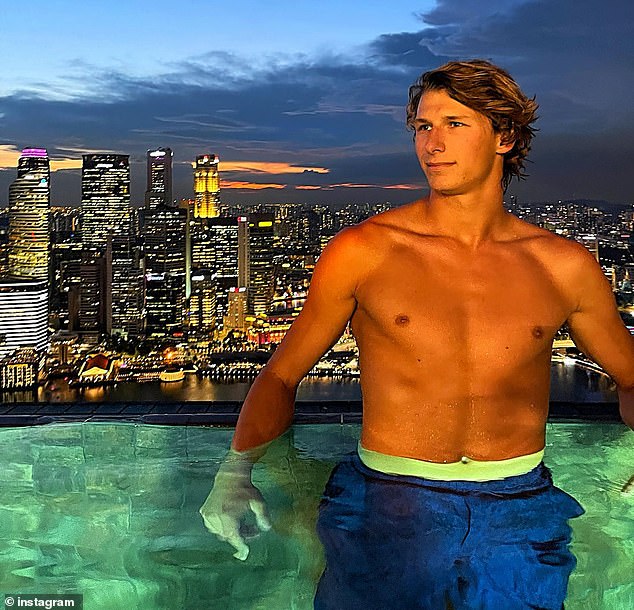 Fricker, 20, competed at the Tokyo Olympics but missed out on a medal