Scott Disick was spotted enjoying a cozy poolside chat with Larsa Pippen this week, as the pair attended a friend’s birthday celebrations in Miami, Florida on Tuesday.

It’s not the first time the pair have been seen together, despite Larsa, 47, having a well-documented fall out with Kim Kardashian in 2020, though she has since claimed that their petty feud is over.

The former Real Housewives of Miami star put on a flirty display in a revealing outfit as she chatted with Kourtney Kardashian’s ex-partner by the pool for around three hours, though not pictured was Scott’s current girlfriend, Rebecca Donaldson.

Scott, 38, and Rebecca, 27, made their red carpet debut at the premiere for The Kardashians in Hollywood two weeks ago.

Larsa and Scott were pictured chilling at the Setai Hotel in Miami, for friend’s David Einhorn’s birthday.

Einhorn is the owner of restaurant Papi Steak in Miami, where Larsa resides.

She showed off her cleavage in a plunging black top as she sat with Scott on a sun lounger, as they appeared to have a lot of catching up to do. 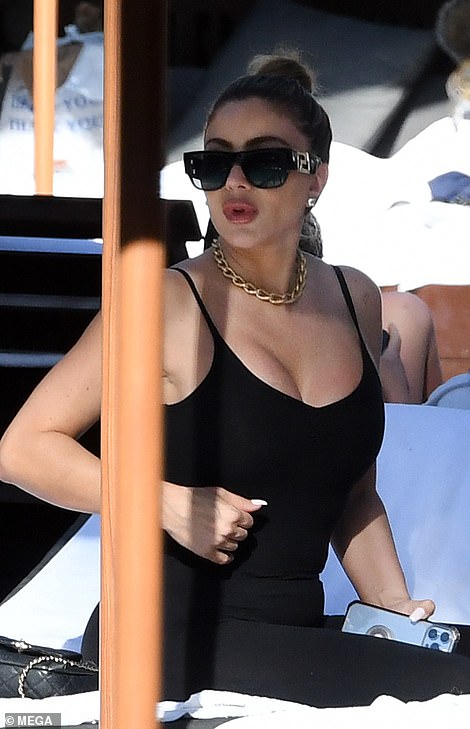 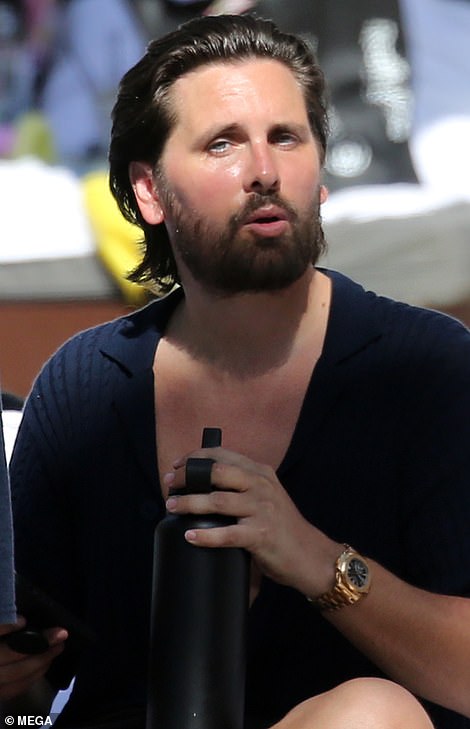 Busty display: Larsa showed off her cleavage in a plunging black top as she sat with Scott on a sun lounger, as they appeared to have a lot of catching up to do 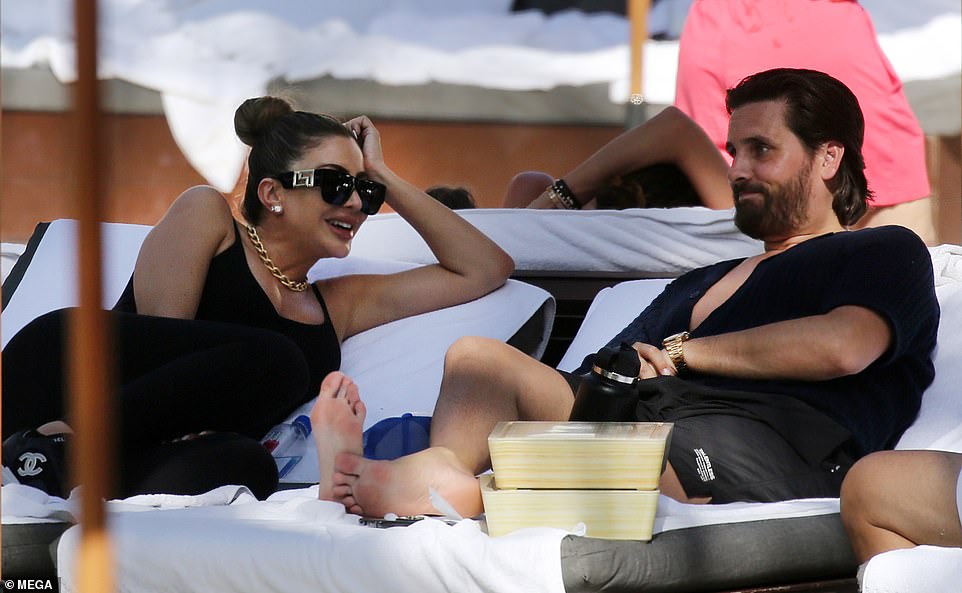 Laughs: The pair were seen having an animated conversation which is said to have lasted for hours 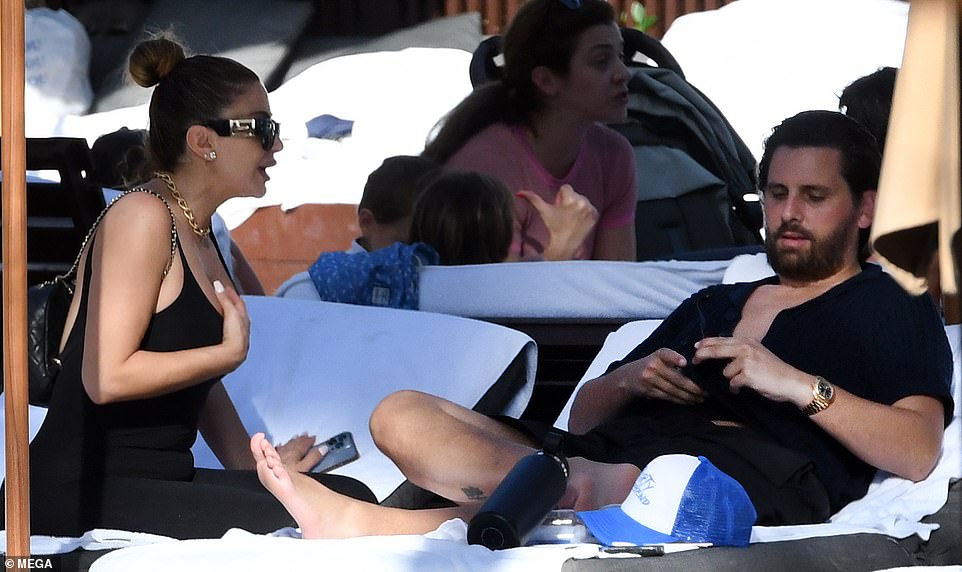 Her side of the story: Larsa appeared to be deep in conversation as she spoke to Scott while he laid out on a lounger 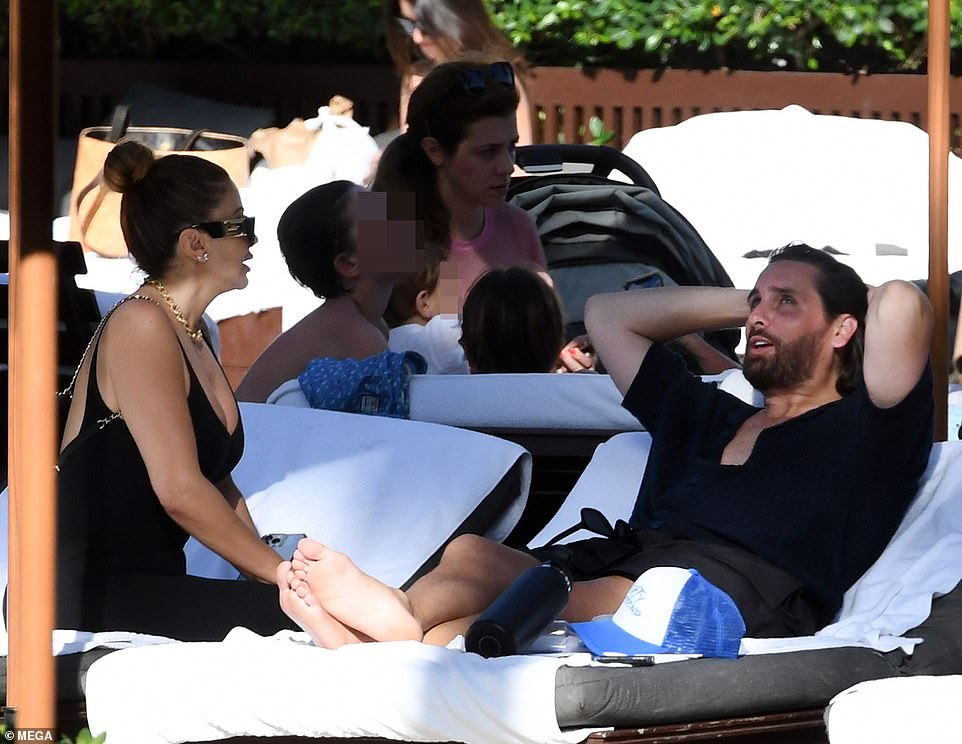 So much to discuss: Despite her falling out with the Kardashian family a few years back, Scott has remained loyal to Larsa

An eyewitness claims that Larsa sat with Scott the whole time she was at the pool area and never left his side except to go to the restroom.

Earlier this year, Larsa claimed that she had mended her fractured relationship with former BFF Kim Kardashian after they famously fell out in 2020.

In early 2021, amid their tense feud, Scott showed his loyalty to Lara when they were spotted having lunch together in Miami, with sources at the time saying the Talentless CEO had ‘no hard feelings’ toward Larsa. 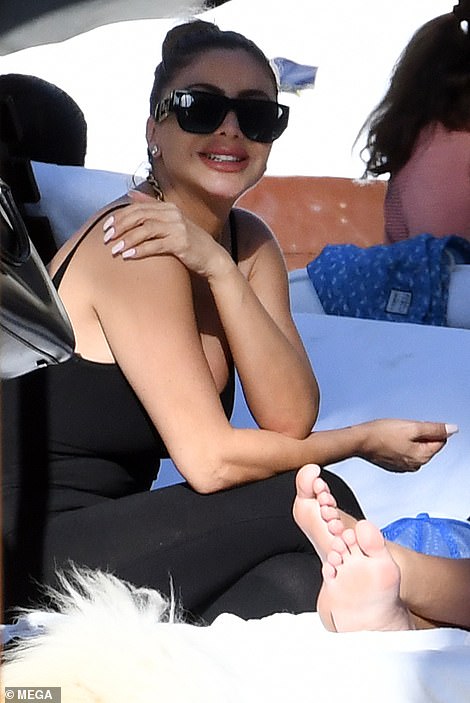 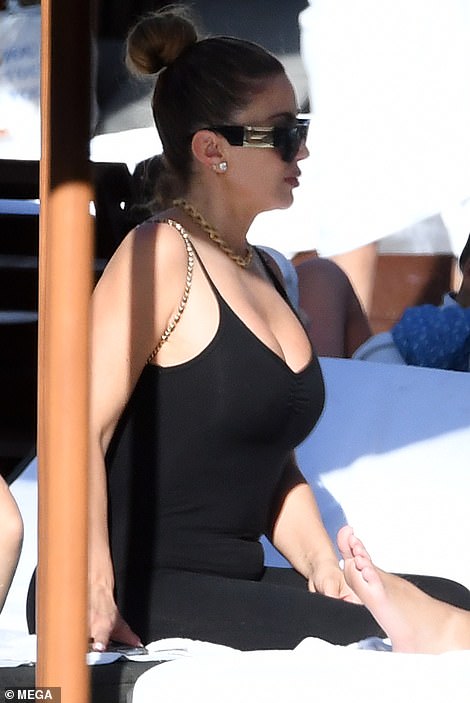 Happy: The former Real Housewives of Miami star smiled as she was spotted with Kourtney Kardashian’s ex partner 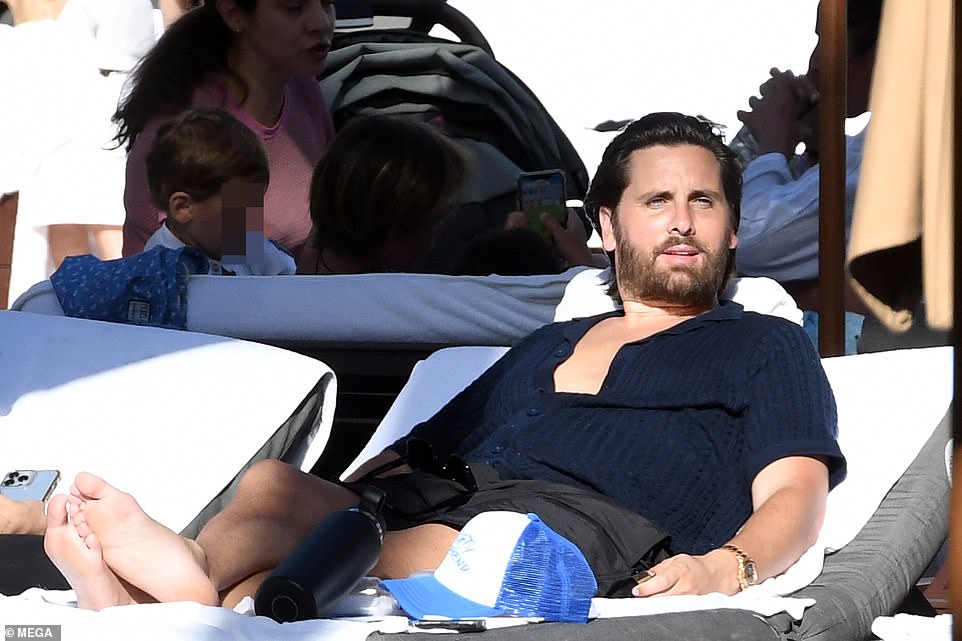 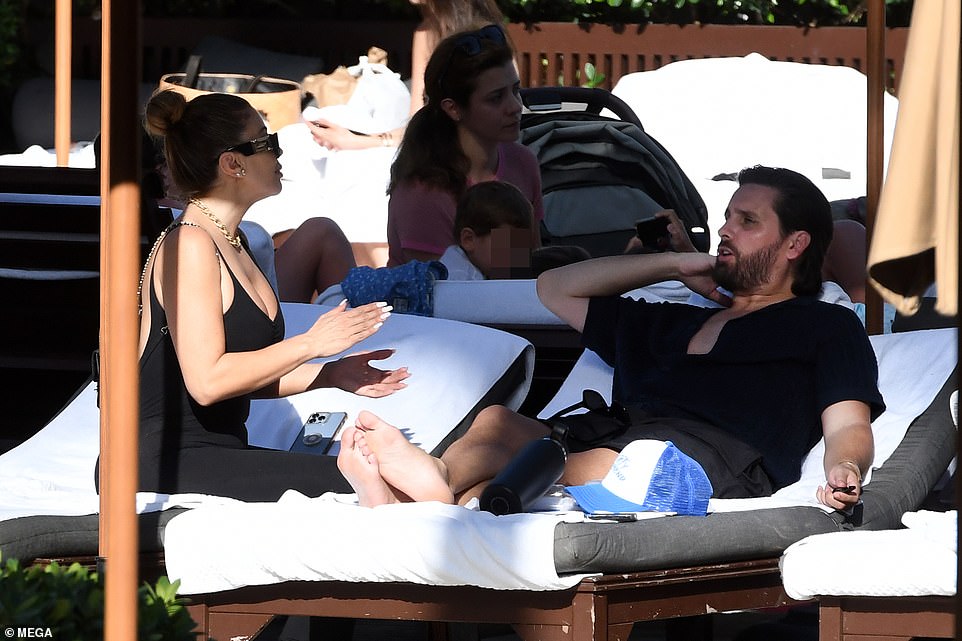 Loyal: It’s not the first time the pair have hung out together, and it seems that Larsa is a trusted confidant of Scott’s

Larsa and Kim’s friendship appeared rocky when Larsa began talking about Kim’s husband Kanye West, claiming that the rapper would often call her up on the phone in the early hours of the morning to chat.

There were also rumors that the Kardashian-Jenner family gave Larsa the cold shoulder because she had history with serial cheater Tristan Thompson, Khloe Kardashian’s ex.

But in January this year, Larsa claimed that her beef with the family is now behind her. 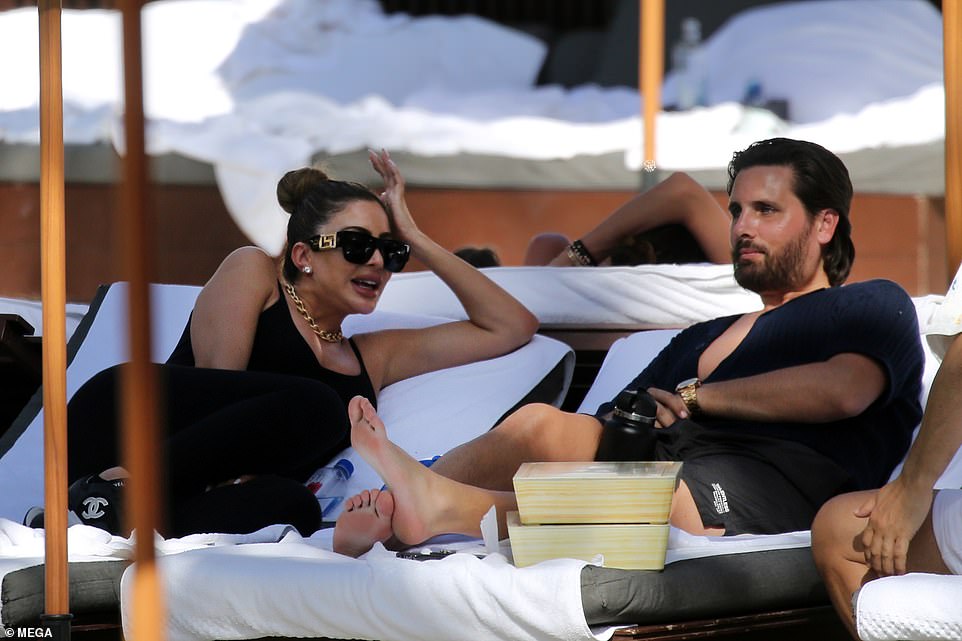 All water under the bridge? Larsa has since claimed that she has patched things up with Kim after their petty feud 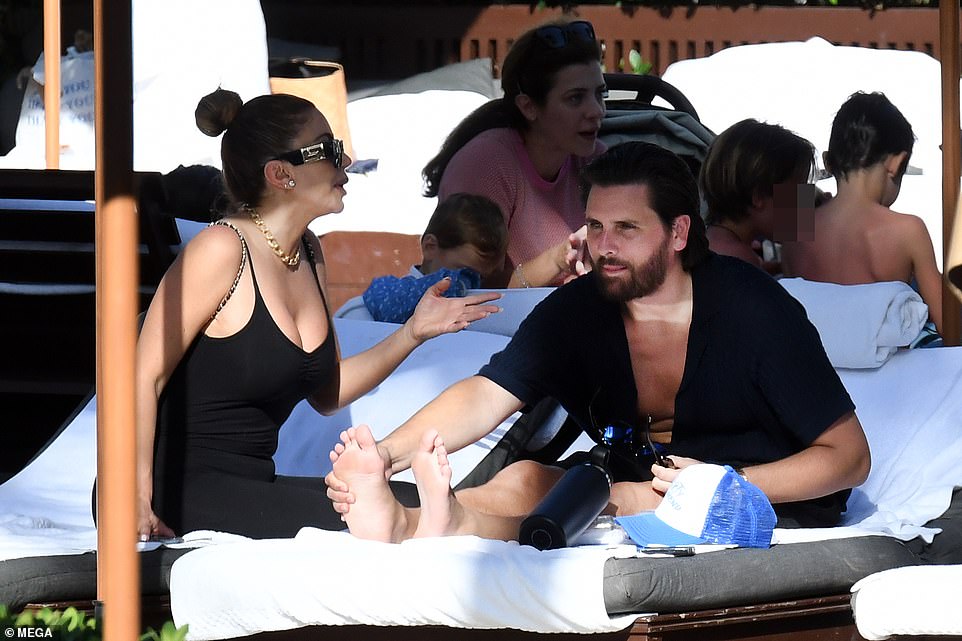 Chatty Cathy: Larsa appeared to have a lot on her mind as the pair relaxed by the pool 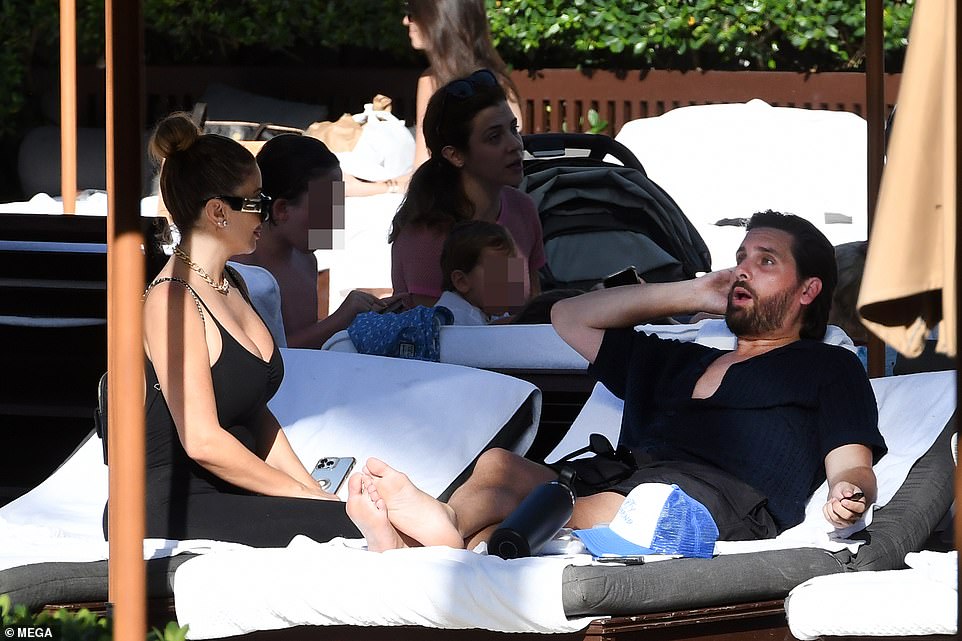 Mind-blowing: Scott looked animated as he chatted with Larsa for hours

‘I feel like we’re in a really good place. You know, I feel like there was a lot [of] miscommunication at the time,’ she told UsWeekly.

Larsa added: ‘We’ve all apologized to each other. We’re in a really good place.’

Meanwhile, the new reality series The Kardashians has shown how Scott has struggled to come to terms with seeing his ex Kourtney be happy and move on with her new fiancé Travis Barker.

He also said in a confessional that it might be time to start dating more age-appropriate women. 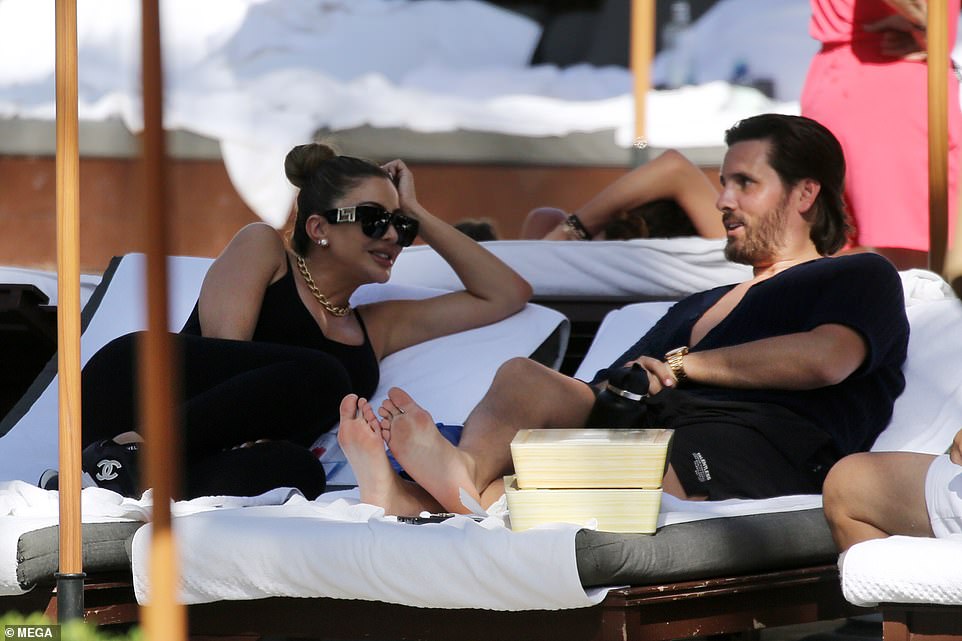 Time for a change? Scott recently said that it was time for him to start dating more age-appropriate women 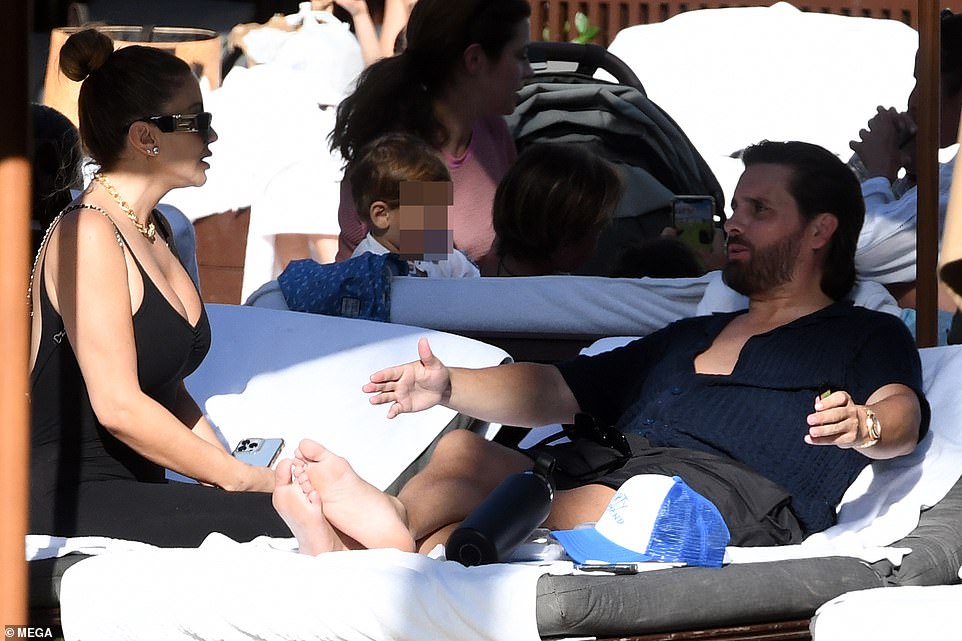 Big chat: Scott gestures with his arms as he tells a story to Larsa, who appears to be enthralled in the conversation 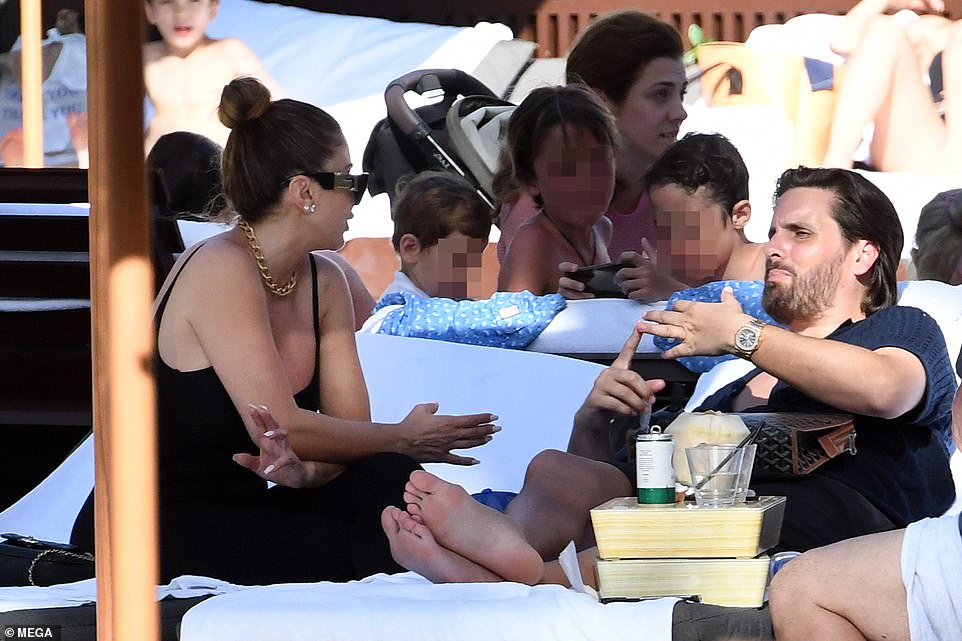 Counting his friends on one hand: Larsa appears to be in Scott’s tight friendship circle 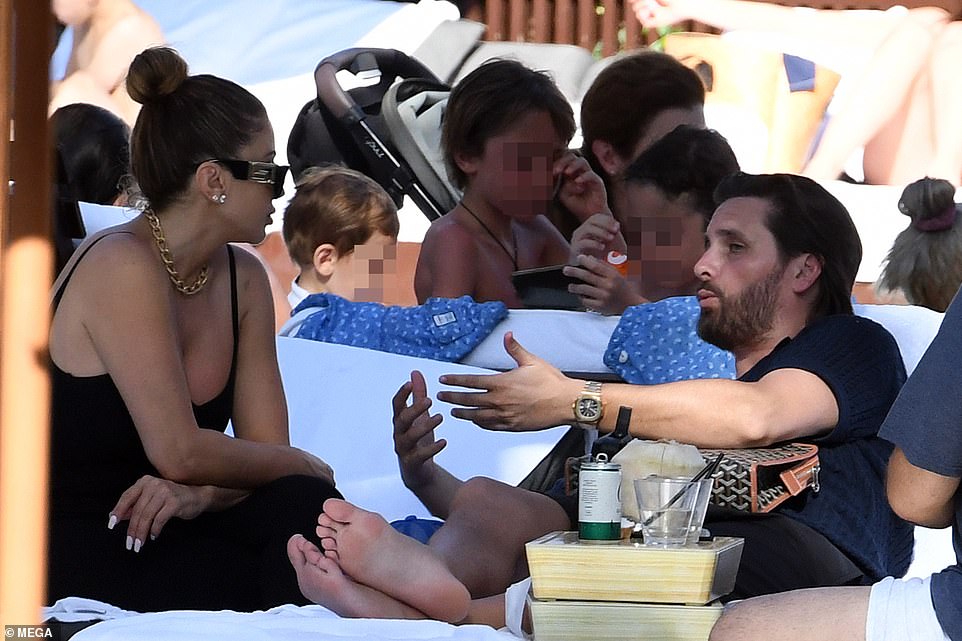 All good in the hood: The reality star has been coming to terms with ex Kourtney moving on in her life and finding happiness