The force has issued a stark warning to religious bodies across the Capital amid a spate of gatherings which police say are putting lives at risk.

This comes after officers dispersed some 30 worshippers who had gathered at The Angel Church in Clerkenwell, London, for a service on Sunday.

Lead pastor Regan King, 28, said he wanted to hold the baptism in defiance of the restrictions because he ‘served a greater good’.

About 30 worshippers had gathered at The Angel Church in Clerkenwell, London, on Sunday before the Metropolitan Police halted the service (pictured, officers entering the church) 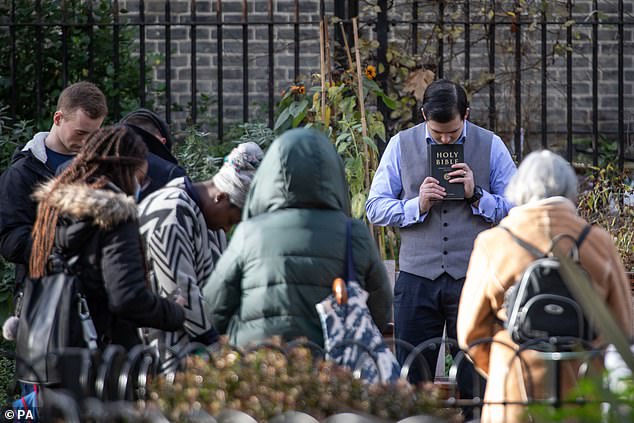 Officers stopped 30 worshippers who had gathered at The Angel Church in Clerkenwell, London , on Sunday for a service 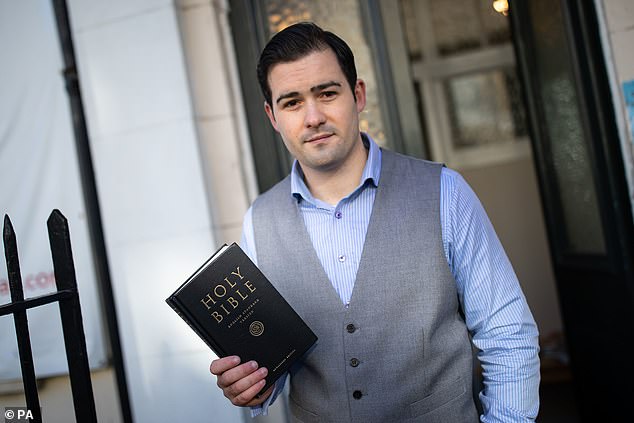 Lead pastor Regan King, 28, said he wanted to hold the baptism in defiance of the restrictions because he ‘served a greater good’

In a letter to faith leaders, Commander Catherine Roper said: ‘There have been small pockets where religious venues have breached the regulations, potentially putting people in danger of spreading the virus.

‘This is deeply regrettable and, in the interests of public safety, we have attended those incidents and ensured that crowds are dispersed.

‘As our city continues our collective fight against the virus, I would urge places of worship and Faith communities across London to observe the current restrictions, which includes faith venues being available for ‘independent prayer’ only.’

The Met said enforcement action will be taken where ‘deliberate, dangerous and flagrant attempts have been made to ignore the regulations, as well as ignoring the instructions and advice of officers.’

On Sunday, two police vans and a police car were parked outside the The Angel Church while around four officers stood at the entrance to stop people from entering. 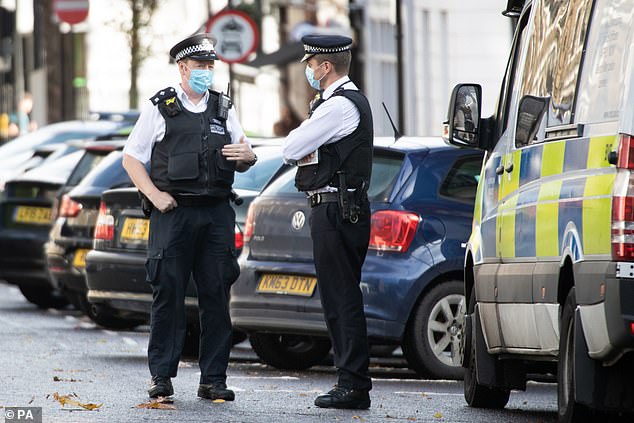 Two police vans and a police car were parked outside the church’s Mount Zion Hall building, while around four officers stood at the entrance to stop people from entering (pictured) 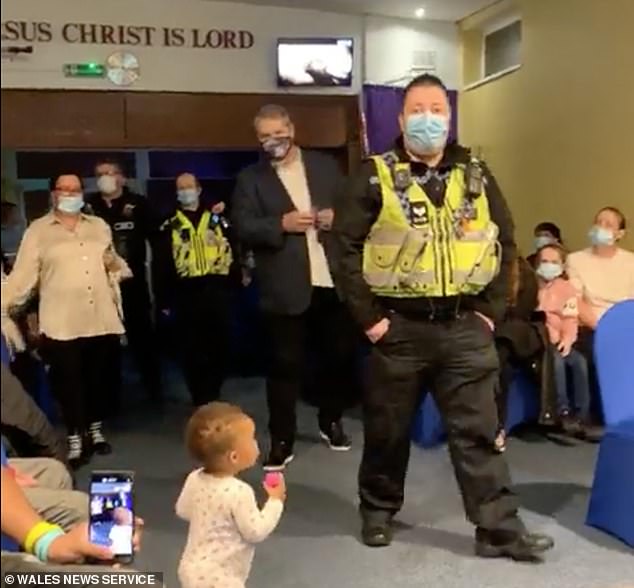 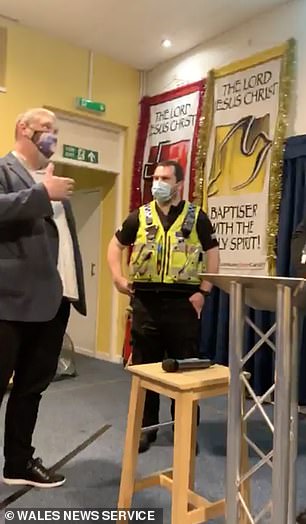 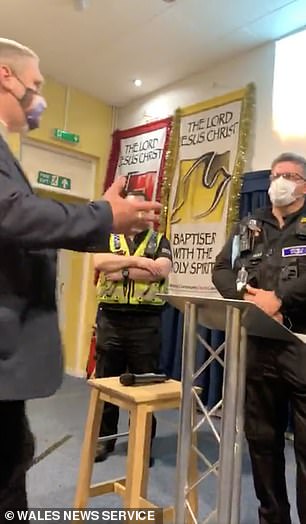 Police allowed 15 people to remain inside the church, while another 15 took part in a socially distanced outdoor service nearby.

Last week, religious leaders launched a legal challenge against the closure of churches for public worship during the lockdown.

A group of more than 100 are seeking a judicial review of the UK Government’s decision to ban churchgoers from worshipping together in England.

They are also challenging the Welsh government’s similar ban during its 17-day firebreak, which ended earlier this month.

The church leaders claim the restrictions on public worship breach Article 9 of the Human Rights Act on freedom to express religious beliefs.

They also suggest the Government failed to ascertain how much of a risk public collective worship would pose.

The legal challenge is being led by Pastor Ade Omooba, co-founder of the campaign group Christian Concern.