A woman from Florida who took her own life may have been driven to suicide after following codes laid down by the Church of Scientology.

Whitney Mills, was a high-ranking member of the Church in Clearwater but shot herself after believing she was facing significant health issues and would be able to ‘transfer to a new body.’

According to reporter Tony Ortega, who has been following the story for some time, Mills, 40, had been diagnosed with Lyme disease and also had a mass on one of her ovaries that she refused to have removed.

Those close to her have suggested Mills was actually suffering from depression rather than any specific ailment.

On the day of her death, her friends requested a welfare check after she stopped answering her phone.

Whitney Mills, a 40-year-old real estate agent and deeply involved Scientologist, shot herself on May 12 and later died 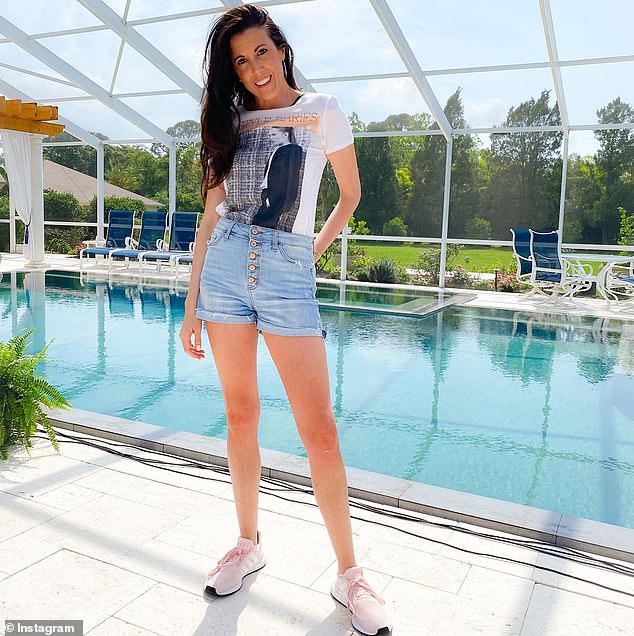 Mills reached the highest level in Scientology, known as Operating Thetan Level 8 in 2019

According to the Clearwater Police Department’s investigation, Mills shot herself on May 12 and died a day and a half later at Morton Plant hospital.

When her brother forced his way into her apartment, he found her incapacitated from a self-inflicted gunshot wound and noticed the smell of burning hair, indicating that she had set herself on fire before shooting herself.

Clearwater Police investigated Mills’ death and found there were no suspicious circumstances, but a text message she sent to Albertina Mejias, a fellow high-ranking member of the Church, outlines ‘advice’ as to what she might do next.

Referring to what she believed to be the onset of Lyme disease she texted: ‘I wish it wasn’t in my brain. It’s so annoying that I have it so bad, and so bad mentally.’

‘The d of p wants me to come in for an interview’, Mills then states.

‘D of P’ refers to the ‘Director of Processing’.

In Scientology, the director of processing is a person responsible for overseeing and administering auditing sessions, which are a central practice in Scientology.

Auditing sessions are a form of counseling in which an auditor asks a series of questions to a person in order to help them identify and address any spiritual or emotional problems they may be experiencing.

The goal of auditing is to help the preclear ‘clear’ their mind and achieve a state of spiritual freedom and enlightenment.

Mills then states how she was told by Albertina [Mejias] that ‘there’s an assist for someone that is really sick and to drop the body. I asked for that assist.’

An assist is a type of spiritual counseling or therapy that is intended to help a person overcome physical or emotional difficulties or injuries.

It is based on the belief that the human mind and spirit are capable of healing the body, and that the process of healing can be facilitated through spiritual guidance and counseling.

Asked by Clearwater Police if an ‘assist’ was a Scientology method of healing that was ‘not physical’ and when a detective also asked if Scientology would assist with a suicide, they were told ‘absolutely not.’

Mills may have believed she could start fresh in a new body – or as the Church explains it, to ‘drop’ her body.

In Scientology, the term ‘drop the body’ refers to the process of leaving ones physical body, usually through death.

When a Scientologist ‘drops the body,’ it is believed that their spirit, or ‘thetan,’ will continue to exist and can potentially occupy a new physical body in the future. 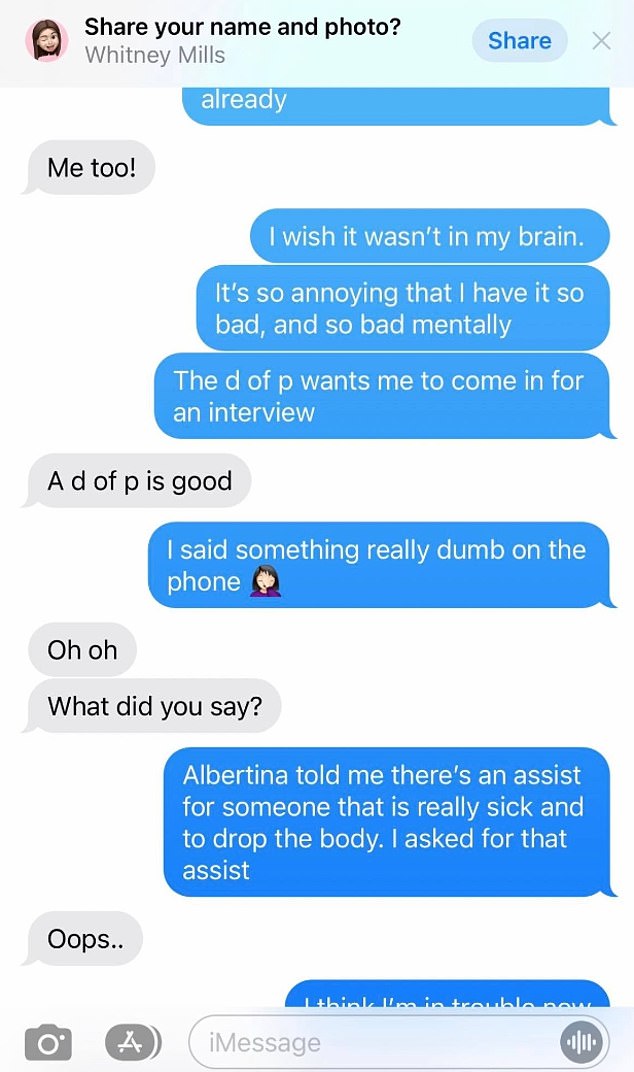 In Scientology, the term ‘drop the body’ (or ‘drop’) refers to the process of leaving your physical body, usually through death.

When a Scientologist ‘drops the body,’ it is believed that their spirit, or ‘thetan,’ will continue to exist and can potentially occupy a new physical body in the future.

According to Scientology teachings, the spirit is separate from the physical body and can exist independently of it.

When a person dies, it is believed that their spirit, or thetan, leaves the body and continues to exist in an incorporeal state.

In Scientology, it is believed that the process of dying and leaving the body can be a positive experience, as it is viewed as a step towards spiritual advancement and the attainment of higher states of consciousness.

Mills was a certified Operating Thetan Level Eight, or OT 8, a certification she received on the Scientology cruise ship Freewinds in 2019.

Earlier this year, Mills believed she was dealing with a number of health issues including Lyme disease and a cancer diagnosis.

She was also suffering from depression and had been receiving care from multiple caregivers.

According to Scientology beliefs, those who reach the level of OT 8 will gain ’cause over matter, energy, space, and time,’ which is interpreted as a range of superhuman abilities.

These may include heightened intelligence, exceptional memory, excellent eyesight, and the ability to project oneself as a spirit or ‘thetan’ with full perception.

Additionally, followers of this belief system believe that they will become immune to illness.

This is something that Scientologists may strive for after investing a significant amount of time and money into the practice.

According to a detective’s report, Mills’ mother said that she had looked through her daughter’s phone and found a series of messages in which she planned to ask the ‘Director of Processing’ for an ‘assist reference suicide.’ 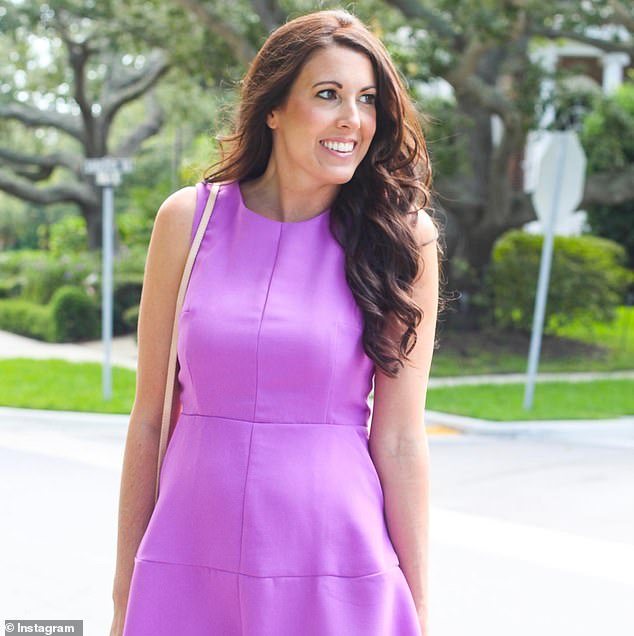 Clearwater Police Department say Mills was suffering from a number of health issues in 2022, including Lyme disease, depression, and possibly cancer 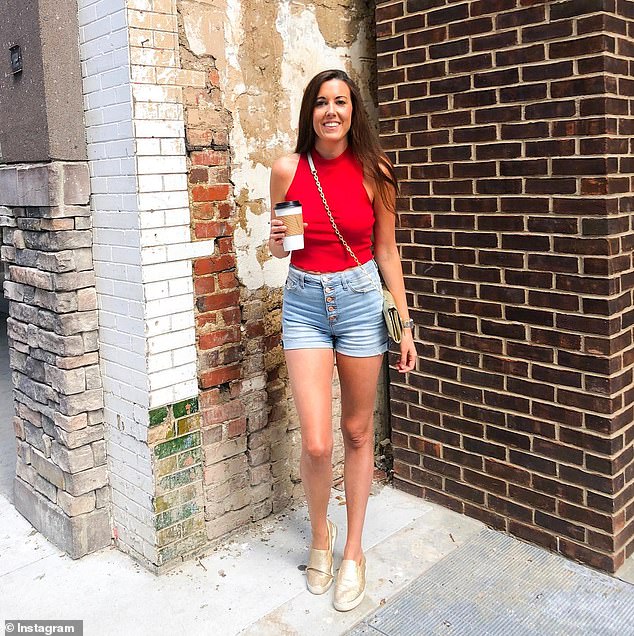 Mills set herself on fire and shot herself, dying a day and a half later 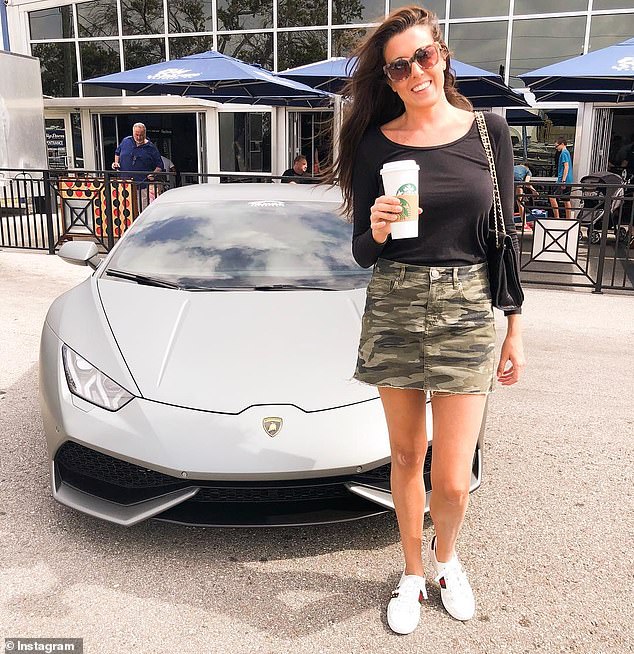 When the Clearwater PD detectives contacted the Church of Scientology to ask about their involvement, they were told that an ‘assist’ is a Scientology method of healing that is ‘not physical’ and that the church would never assist with a suicide.

According to one expert on Scientology, a Director of Processing would have advised Mills to use techniques such as ‘locationals’ and ‘PAB 6’ to overcome her depression rather than seeking help from mental health professionals, as Scientology is known to demonize the mental health field and view psychiatry as evil.

A PAB 6 would have seen her ‘getting proper food and sleep, daily walks, listing out all of your incomplete situations and then methodically completing them.’

However, the disturbing details of her death and involvement in Scientology have raised questions about the impact of the organization on its members.

If you or someone you know is having suicidal thoughts, call the 24hr National Suicide Prevention Lifeline at 1-800-273-8255; contact the Crisis Text Line by texting TALK to 741741; or chat with someone online at suicidepreventionlifeline.org. 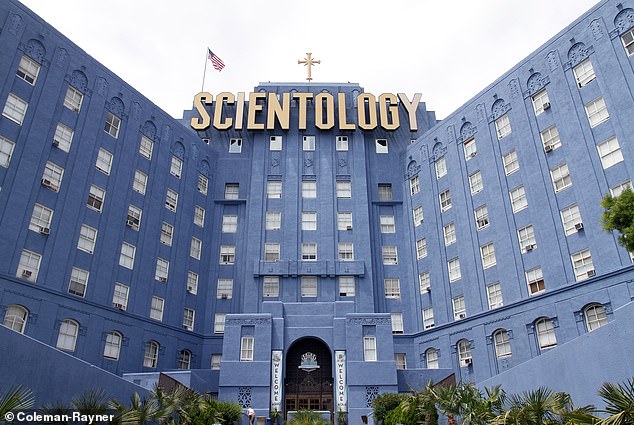 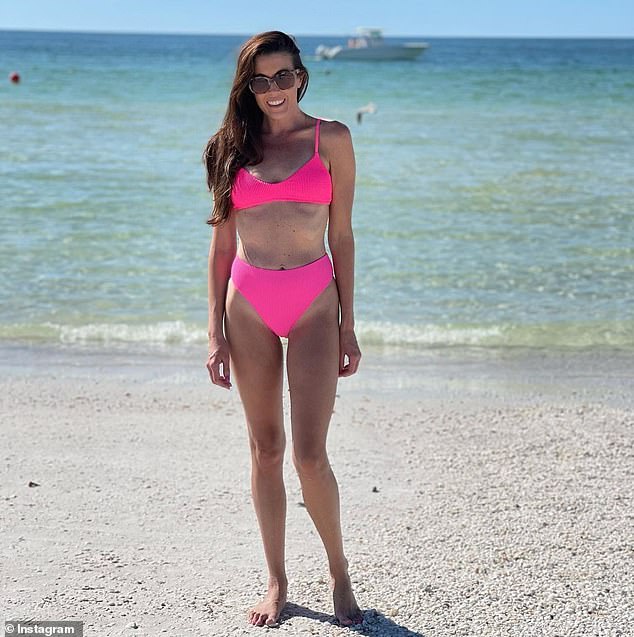