Scientists claim they have successfully reversed the human ageing process in a group of elderly adults in a breakthrough study.

Oxygen treatment altered the elderly people’s bodies at a cellular level to how they were 25 years earlier, researchers claimed.

As humans age, their bodies experience the shortening of telomeres – the protective caps on chromosomes – which leads to illnesses including cancer, Alzheimer’s and Parkinson’s.

Scientists at Tel Aviv University found that breathing in oxygen whilst sitting in a pressurised chamber enabled telomeres – the protective caps on chromosomes – to regrow.  (Stock image)

Senescent cells, or so-called zombie cells, prevent regeneration as they build up in the body over time.

The study used a method called Hyperbaric Oxygen Therapy in an effort to prevent the deterioration of these two characteristics of the ageing process.

In the study, published in the journal Ageing, 35 healthy adults aged 64 and older were placed in pressurised oxygen chambers in Israel and breathed in pure oxygen through a mask.

The sessions lasted for 90 minutes each and took place five days a week for three months.

The pressurised chamber mimics a state of ‘hypoxia’, or oxygen shortage, enabling tissues to dissolve more oxygen which has well-known regenerative effects.

Results show the trial enabled telomeres to regrow by more than 20 per cent, while their senescent cells had been reduced by up to 37 per cent.

This is the equivalent to how their bodies were at a cellular level 25 years earlier, the scientists said. 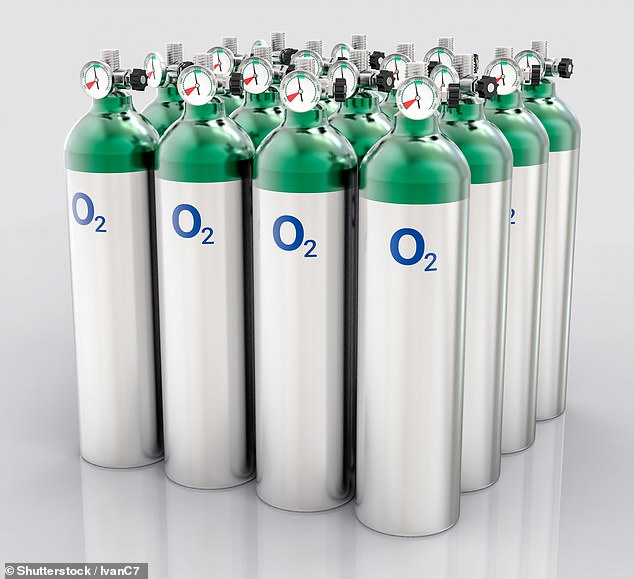 The sessions lasted 90 minutes each and took place for five days a week over three months. (Stock image)

‘Since telomere shortening is considered the ‘Holy Grail’ of the biology of ageing, many pharmacological and environmental interventions are being extensively explored in the hopes of enabling telomere elongation,’ said Professor Shai Efrati, a Professor at the Faculty of Medicine at Tel Aviv University, and co-author of the study.

‘The significant improvement of telomere length shown during and after these unique protocols provides the scientific community with a new foundation of understanding that ageing can indeed be targeted and reversed at the basic cellular-biological level,’ Efrati added.

The study is the latest in a series of trials which are trying to understand the anti-ageing process and increase life expectancy whilst making people feel younger. The premise is that ageing can be cured like a disease, scientists claim.

In 2015, BioViva chief executive Liz Parrish flew to Colombia to receive two experimental gene therapies she claimed could make permanent changes to her DNA in order to combat muscle loss and grow her telomeres.

Parrish received criticism for undergoing the experimental treatment by scientists, but she claims the gene therapy reversed the biological age of her immune cells by 20 years. She recently claimed that death is optional.

Previous studies have revealed that healthy eating and intense exercise can also preserve telomere length – but this experiment was unique because it exceeded natural interventions, the researchers said.

‘Until now, interventions such as lifestyle modifications and intense exercise were shown to have some inhibition effect on the expected telomere length shortening,’ said study researcher Dr Amir Hadanny, of Tel Aviv’s Sagol Center for Hyperbaric Medicine and Research.

‘However, what is remarkable to note in our study is that, in just three months of therapy, we were able to achieve such significant telomere elongation – at rates far beyond any of the current available interventions or lifestyle modifications.’