Frustrated residents claim they have been threatened with violence by abusive parents who block their driveways when dropping their children off to school.

Members of a Streetwatch group in Castle Bromwich, Birmingham, say they have put up with parking issues near Heathlands Primary Academy for years.

But now the enraged residents say parents have started threatening violence as the parking situation worsens outside the school of around 500 pupils.

Shocked locals say parents have hurled threats including ‘I’ll f****** kill you’ and have caused significant damage to their homes and cars.

Members of a Streetwatch group in Castle Bromwich, Birmingham, say they have put up with parking issues near Heathlands Primary Academy for years (pictured, a fire engine struggles to get through the mass of cars) 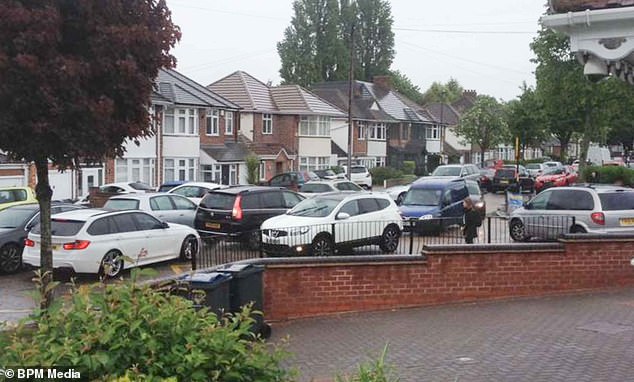 One irate parent who was angry about getting a double fine for bad parking is even said to have confronted a pensioner on her driveway as she carried in shopping.

Stephen Brennan, who heads Streetwatch, said the problem was caused by parents using the school’s side entrance on Ashville Avenue instead of the main entrance on Heath Way.

Mr Brennan, a 48-year-old father-of-four, said: ‘Most evenings, it’s gridlocked. We’ve got parents turning up from 2.15pm onwards and they are leaving their engines running.

‘We have had parents shout in our faces, on a couple of occasions there’s been threats of physical violence.

‘We’ve had our driveways blocked, vehicles damaged on numerous occasions, and driveway walls knocked down when parents try to do three point turns.

‘We are fed up of our properties and cars being damaged.’ 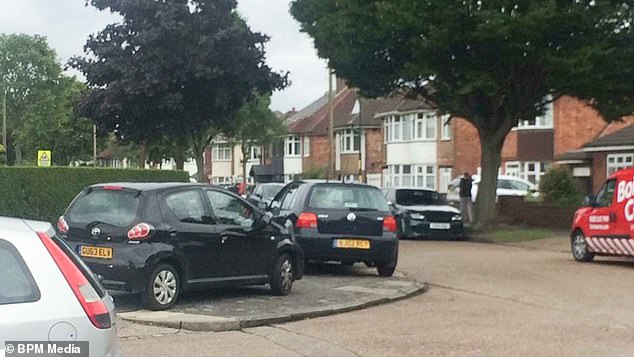 Locals say parents have damaged their cars and homes in their desperation to find a parking space outside the school. One irate parent is even said to have abused a pensioner

A group of residents patrol the area from 2.50pm to 3.30pm, Monday to Friday. Mr Brennan recalled one shocking incident in which a pensioner was abused.

‘One of the Streetwatch members, who is in her 70s, was taking her shopping into her house and one of the parents approached her.

‘The parent had been issued two tickets by the police and she verbally abused her. She stormed off and we reported it to the police and they went and spoke to her.

‘The road has limited parking. If you park on the road, you can just about get another car past. The road is not built for heavy amounts of traffic.

‘You have had 350 to 450 people exiting that gate and about 180 people using the main entrance.

Mr Brennan, who has lived on Ashville Avenue for 12 years, said he wants the school to close the side entrance.

The group is supported by Labour councillor Diane Donaldson. 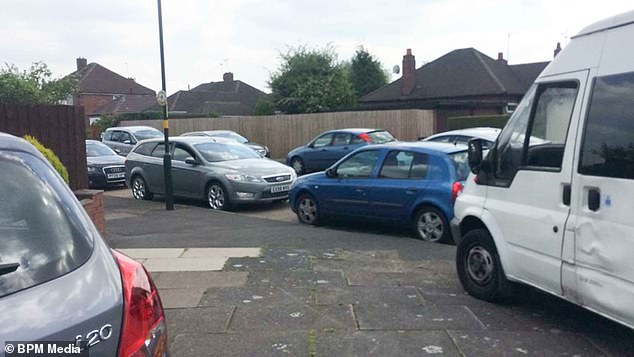 Cllr Donaldson, who represents Bromford and Hodge Hill on Birmingham City Council, said: ‘It’s been going on for a few years. There’s still a group of parents who are abusive to the residents.

‘We have had meetings with the school and they sent out newsletters to the parents and the head comes out but they just park in front of him.’

A spokeswoman for Heathlands Primary Academy said: ‘The school has worked closely with members of the community, the council, and the police to ensure the safety of its pupils as they go to and from school.

‘We comply with all guidance given and have pro-actively encouraged our parents/carers to find travel routes to and from school that are sustainable.

‘We continue to work with the school community to find resolutions that are practical.’