Teachers are alarmed by the decision to allow A-level pupils to use their mock results as their final grade.

Mock results were described as the ‘most singularly inconsistent bit of information that could possibly be used’ and there were warnings the new system could actually increase unfairness.

Many pupils are expected to demand schools submit evidence on their behalf to Ofqual, the exams regulator, if they outperformed today’s grades during mocks earlier in the year.

But teachers warned last night that it will not be a fair way to award grades. Different schools have different marking practices for mock exams and they are sat under different conditions – with some schools stricter than others.

Teachers have warned that using mock exam results to award A-level grades would not be fair, after the government announced students could use their mock results as their final grade. Pictured: Secretary of State for Education Gavin Williamson

While some schools set harder mock papers to give pupils a wake-up call to work harder for the real thing, others give pupils an easier ride hoping it will give them a morale boost.

Teachers also warned that schools may not have retained the marked papers they need to present as ‘evidence’ – and they could have been thrown away.

Barnaby Lenon, chairman of the Independent Schools’ Council, said: ‘What if the mock result wasn’t expressed as a grade but as a percentage? What if you’re a school that had mocks in some subjects but not others? That’s going to be troublesome.’

Nick Hillman, director of the Higher Education Policy Institute, added: ‘Mocks have never been this important before, so many schools won’t have a secure paper trail, and may quite literally have put them in the bin.’

Francesca Craig, head teacher at St Peter’s School in Durham, described mocks as ‘the most singularly inconsistent bit of information that could possibly be used’.

Liz Laybourn, head of Burgess Hill Girls in West Sussex, said: ‘Mocks are not set uniformly and schools use them in different ways. Some will set harder papers to give pupils a jolt and spur them into revision, for example.

‘We also know some pupils don’t work as hard for their mocks as the real thing so the result does not reflect how they would have performed in the real exam.’ 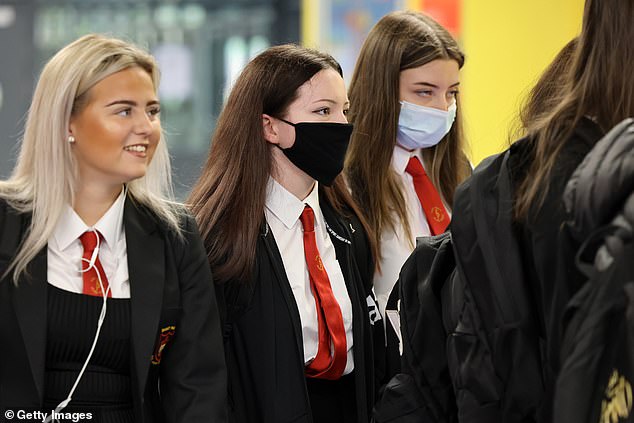 Students have been told they will be allowed to to sit exams in the autumn if they are unhappy with their mock grades or the results awarded by exam boards. Pictured: Pupils return to St Paul’s High School for the first time since the start of the coronavirus lockdown nearly five months ago on August 12, 2020 in Glasgow

Schools minister Nick Gibb said mocks needed to have been ‘sat under exam conditions’ to form the basis of an appeal, but provided no method for schools to prove this. Ofqual has been told to determine how mocks can be used, but said it was unable to give details, adding that it would try to provide guidance next week.

Fiona Boulton, head of Guildford High School and chairman of the Headmasters’ and Headmistresses Conference, said: ‘We need a definition of the term “mock” as these are very different in every school.’

Lewes Old Grammar School head Robert Blewitt added: ‘My teachers worked long and hard to supply centre-assessed grades which accurately show the extent of their pupils’ hard work, so why is the Government relying on mock results, which often do not reflect ability, instead of what the teachers are telling them?’ 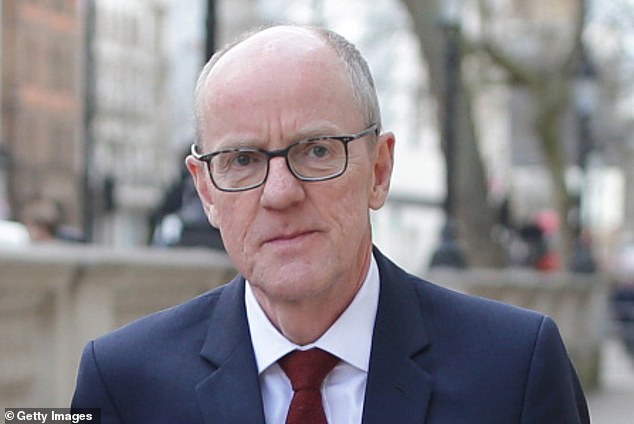 Schools minister Nick Gibb, pictured, said mocks needed to have been ‘sat under exam conditions’ to form the basis of an appeal, but provided no method for schools to prove this

David Laws, former schools minister and executive chairman of the Education Policy Institute, said: ‘Offering a mock grade option does very little to solve the question of fairness. Ofqual now faces the huge task of attempting to set what the standards for a valid mock result will be.’

Students will be able to sit exams in the autumn if they are unhappy with their mock grades or the results awarded by exam boards.

Mr Gibb insisted the Government had nothing to apologise for by acting so late in the day in England.

He told BBC Breakfast: ‘There is no confusion. We have been very clear from the very beginning. We had to have a system in place to award qualifications to young people given that we had cancelled the exams.

‘We apologise to nobody for finding solutions.’