As the Canadian Screen Awards week culminates with Sunday night’s broadcast gala, expect Canadian comedies to be front and centre. CBC’s hit comedy Schitt’s Creek, which just last week announced next season will be its last, has six nominations, while Crave TV’s Letterkenny has three.

But the industry buzz both shows have recently received has less to do with their achievements in Canada and more to do with their success in the U.S. — something that’s eluded Canadian-made comedies for decades, even as Canadian comedians became household names. Schitt’s Creek, in particular, is enjoying a rare combination of commercial and popular success south of the border: from the glowing New York Times reviews to sold-out live shows by its cast members.

“Schitt’s Creek has really broken through in a way that not a lot of even American-produced comedies have done lately,” says Alan Sepinwall, chief TV critic for Rolling Stone magazine.

Sitting in his office at Pop TV in Los Angeles, Brad Schwartz is beaming with pride and emotion as he recalls the day he decided his small cable channel should broadcast Schitt’s Creek to American audiences.

Dan and Eugene Levy, the show’s creators and stars, already had CBC secured as the Canadian broadcaster. But Schwartz, a Canadian well established in the U.S. TV system, thought the little show with the funny title just might work there as well.

“It’s a show that started with a wealthy family, a riches-to-rags story that in itself doesn’t seem like anything we haven’t seen before,” says Schwartz. “But the writing and the acting is so phenomenal, that the little things happen in the episode and the characters learn from those little things that happen, that change them in the next episode, and change them in the next episode.” 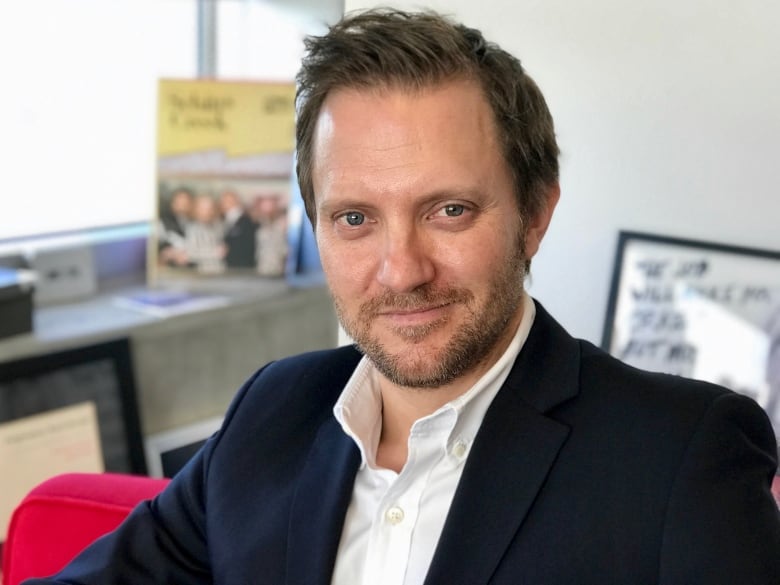 Schwartz thinks the show benefited from being on a smaller, under-the-radar network in the U.S, where it could find its legs, make mistakes, and grow its audiences gradually. He also concedes that the Netflix exposure helped (the streaming giant picked up the show last year). But he maintains that it’s the heart of the show — and maybe a bit of its Canadian spirit — that helped it stand out.

“We live in some dark times, there is some dark political climate, people are arguing and debating,” says Schwartz. “Audiences get to go to this joyous place, that just makes you feel good and escape. So yes, it’s got comedy, it’s got a lot of heart, it’s got a lot of things, but it also has some Canadian joy to it that the world needs and brings that through.”

‘Broad in its niche-ness’

In another fictional Canadian small town, a group of country folk characters have made their way into the hearts of American audiences. Letterkenny, the comedy, has aired on Crave TV in Canada since 2016 and is based on the wildly popular YouTube series by actor/writer Jared Keeso, called Letterkenny Problems. In fact, it’s the audience response to the YouTube videos that suggested to Mark Montefiore, executive producer of Letterkenny, that the show might have potential in the U.S.

“The original YouTube videos were gaining a tremendous amount of traction globally mostly in North America, Australia, UK, Ireland, a lot of English-speaking territories, and I was able to watch that and monitor where was it growing,” says Montefiore.

Furthermore, the show’s merchandise — the hockey jerseys and hats — were selling like hotcakes south of the border.

“We found that we were selling to every single state in the U.S. including Alaska, Hawaii, and the show wasn’t even legally available there yet. I thought, ‘Oh, this is interesting!'”

Mark Montefiore, executive producer of Letterkenny, credits strong writing and being authentic for the show’s success in the U.S. 1:03

Last year, streaming service Hulu picked upLetterkenny‘s first two seasons in the United States. Like most streamers, Hulu does not share its ratings, but it’s reasonable to assume they were pretty solid, since the company decided to buy four more seasons in December.

Montefiore acknowledges that the success of Schitt’s Creek in the U.S. might have opened up the eyes of some network executives to the potential of Canadian comedy, but that’s where the thematic similarities between the two shows end. And that, in his mind, is a good thing.

“I think it’s really difficult to pinpoint exactly what’s Canadian humour in this day and age. I think what’s working, actually, is the fact that there isn’t a blanket style or tone to it,” says Montefiore. “The voices are so specific and so unique that they make each show stand out on their own.”

Rolling Stone magazine’s Sepinwall says the new generation of Canadian comedies benefited from the exploding universe of small cable channels and streaming platforms. Before, a Canadian comedy would have to compete for a spot on one of the major American networks (ABC, NBC, CBS), where it would have to go head-to-head with some of the best funded and most aggressively marketed comedies in the world.

“I think a lot of these Canadian shows have broken through because there’s just such hunger for content here in America with all of these different streaming platforms and cable platforms. They all need their own original programming,” says Sepinwall.

Mark Montefiore, executive producer of Letterkenny, says his show relies on customizable merchandise and other unconventional marketing to remind the audience of the show in between seasons. 1:20

But he thinks the quality of these Canadian shows helped them stand out.

Faced with so much choice, he says modern audiences are very discerning when it comes to authenticity. They like shows written by people who know what they’re writing about.

Sepinwall doesn’t see the trend ending anytime soon. Kim’s Convenience and Workin’ Moms, which also air on Netflix in the U.S. now, already command strong fan followings of their own.

Montefiore’s New Metric Media just opened a Los Angeles office this month, in an effort to get U.S. buy-in for more Canadian shows they have in development, including Nobody Cares, a comedy based on the 20-something book by Canadian author (and CBC Radio q’s contributor) Anne T. Donahue.

And with Schitt’s Creek going into its last season, Brad Schwartz is on the lookout for his next Canadian comedy hit, and he says he knows other American execs are, too.

“We live in a content explosion right now, there are so many platforms, everyone’s looking for content: look at how well Schitt’s Creek has done; well, what else is up there?”