Savers are facing delays when transferring their cash Isa accounts for a better rate.

Poor administration and shoddy customer service means some transfers are taking over a month to complete.

That’s despite industry rules — set out by HM Revenue & Customs (HMRC) — that state transfers should be done within 15 working days. Complaints to the Financial Ombudsman about cash Isas are also on the rise.

Delays: Some cash Isa transfers are taking over a month to complete despite industry rules that state they should be done within 15 working days

The figures for the three months to December are not available yet but the Ombudsman has confirmed to Money Mail another leap in complaints.

The big advantage of cash Isas over ordinary accounts is that all your interest is tax free. You have the right to transfer your cash Isa between providers at any time.

These transfers, which typically involve more paperwork than other accounts due to extra regulation, take longer to carry out than switching an ordinary account.

As well as the 15-day rules, a voluntary agreement between industry bodies UK Finance for the banks, the Building Societies Association and The Investing and Saving Alliance aims to complete 85 per cent of requests within seven working days.

A month to switch Isa deal

It took one Money Mail reader from Ripon, North Yorkshire, who does not want to be named, more than a month to transfer his cash Isa from an easy-access account with Marcus by Goldman Sachs paying 2.25 per cent to a two-year fixed-rate deal from Charter Savings Bank paying nearly double at 4.38 per cent.

He asked for the transfer on November 16. Marcus finally sent the cheque on December 7 — 21 days after the request. His account with Charter was opened 12 days later.

A spokesman for Marcus says: ‘We are sorry for the delays in this transfer which was also affected by the postal strikes.’

Paul Attersoll from Weston-super-Mare, Somerset, was in danger of losing the tax relief on his money because of bungling administration by Santander.

He filled in the form to transfer his matured fixed-rate cash Isa with Nationwide to Santander’s one-year fixed-rate Isa at 3.7 per cent on October 24.

Two days later, Nationwide offered him a better rate of 4 per cent so he decided to stick with it.

He cancelled the transfer with Santander, but it went through on November 7 even though the cancellation request had appeared on its system.

He phoned to point out the mistake. Four days later he received a cheque from Santander for the money in his Isa. It was only when he sent the cheque to Nationwide that his new Isa was opened.

A spokesman for Santander says: ‘We made a number of errors in the handling of Mr Attersoll’s application and subsequent closure. To apologise, we have offered a £200 gesture of goodwill on top of the £50 we gave him in November.’ 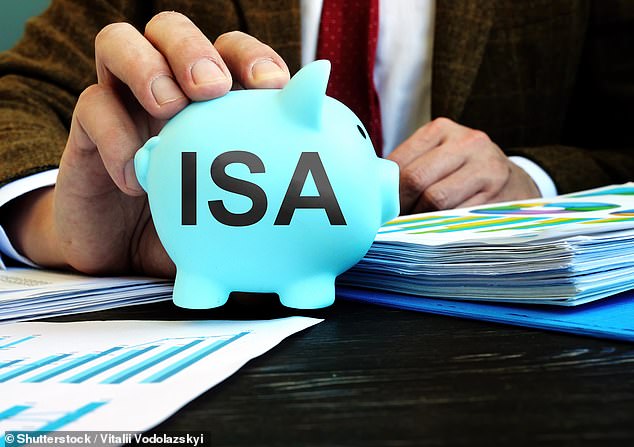 The big advantage of cash Isas over ordinary accounts is that all your interest is tax free. You have the right to transfer your cash Isa between providers at any time

Others have had problems with Virgin Money.

Among them is Claire Atkinson from Sheffield, South Yorkshire, who asked to move her maturing fixed-rate Isa into a two-year fixed deal at 4.25 per cent on October 24.

At the same time, she wanted to transfer money sitting in her Virgin Easy Access Isa paying just 0.25 per cent into the new account.

But all her money ended up sitting in the poor-paying account until the beginning of December.

A spokesman for Virgin Money says: ‘Due to the popularity of our Isas, unfortunately some requests have taken longer to process in recent months. We are sorry for the delays.’

There are rules you need to follow to move your cash Isa. The first is don’t do it yourself. You could lose the tax advantages on your money.

Instead, choose a new provider and fill in its Isa transfer form. Here you give details of your existing Isa along with your name, address and how much you want to transfer.

The new provider sends your transfer form to your current provider, and they arrange the transfer between them.

HMRC rules say if you are transferring money which you have put into a cash Isa in the current tax year you must transfer all of it along with the interest.

For money you have deposited in previous years, you can transfer all or some of it.

If you arrange to switch your fixed-rate cash Isa just before it comes to maturity, make sure you stipulate that you don’t want the transfer to take place until after the maturity date.

If not you will pay the early withdrawal charge, often the equivalent of 90 days’ interest on a one-year fixed-rate cash Isa — with higher penalties for longer- term Isas.

Your money is normally moved between the banks and building societies electronically, but some smaller providers still use cheques through the post.