Saul ‘Canelo’ Alvarez and Caleb Plant embroiled in shocking BRAWL at the duo’s first press conference before their November bout, as American swings for Mexican after being shoved

Saul Alvarez and Caleb Plant’s first press conference ahead of their highly anticipated November fight erupted into a furious brawl after Plant allegedly made a comment about the Mexican’s mother.

Formidable pugilist Alvarez, 31, will face the unbeaten Plant in a super-middleweight unification bout at the MGM Grand Garden Arena in Paradise, Nevada on November 6. 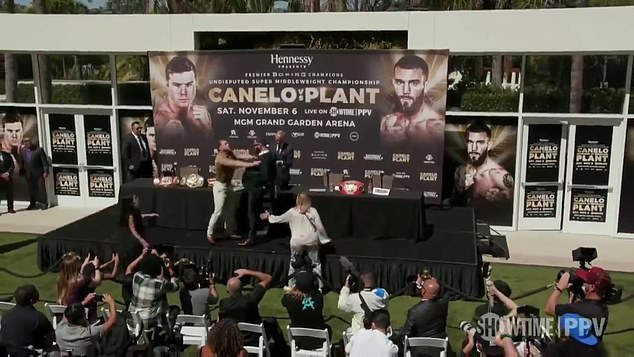 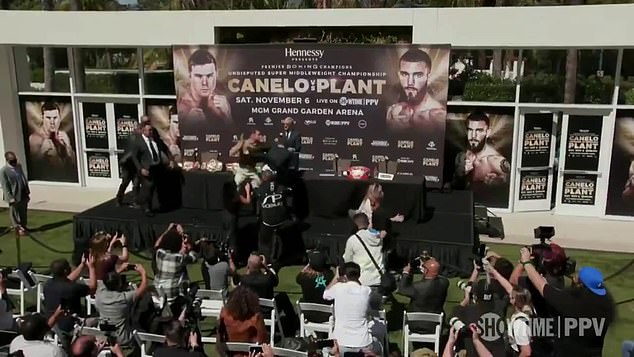 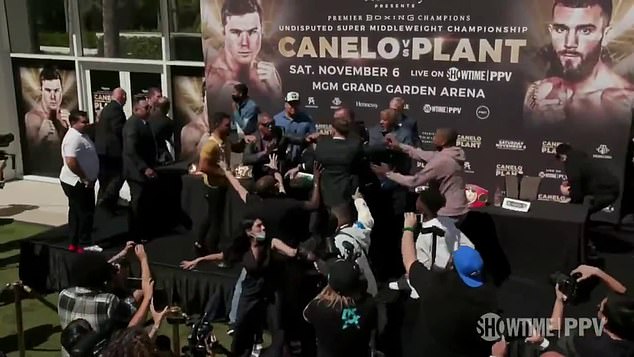 Representatives from both posses got involved in an ugly, unedifying spectacle on Tuesday

The winner of the fight, which is billed ‘On the Road to Undisputed’ will become the first undisputed super-middleweight champion of all time.

He drew early in his career against Jorge Juarez, drew against Gennady Golovkin before beating him and lost against Floyd Mayweather.

Canelo later posted on his social media account claiming that Plant had made a remark about his mum, insinuating that triggered the resulting events.

He tweeted to his 1.8million followers saying: ‘Don’t talk about my mom.’, with the post already liked 63,000 times at the time of writing.