Carmen O’Neal has quietly built a cocktail empire from an east London railway arch, but it wasn’t what she dreamed of doing. She initially set out to be a shoemaker.

After a traffic accident left her unable to use one of her hands temporarily, Canadian-born O’Neal had to rethink her entire career.

Change in spirit: Carmen O’Neal trained as a shoemaker before launching 58 and Co

A chance meeting with her former business partner led to the launch of her gin brand 58 and Co in 2016, just as interest in the spirit started to shoot up.

Gin has become a crowded market as drinks manufacturers clamber to capitalise on consumer interest in the spirit.

In 2020 there were just 480 gin distilleries in the country, now the number stands at around 820.

While other brands have launched niche, flavoured gins to capitalise on growing demand, O’Neal says she was never interested in developing something that was ‘overly flavoured, kitschy and had a story of being handpicked on a random mountain.’

There are just three 58 and Co gins on offer currently: London Dry, Apple and Hibiscus and Navy Strength.

It’s a bold move for a company in a crowded market, but O’Neal, despite her modesty, is an experienced and confident entrepreneur.

She is already building her own personal brand, becoming a regular on Saturday Kitchen as a cocktail expert.

We meet in 58 and Co’s distillery in Haggerston, east London, nestled between other budding startups keen to run their business from the iconic railway arches.

58 and Co’s home is a bright and welcoming space, a far cry from what you might expect from an alcohol startup.

O’Neal got the keys to the arch when her son was four weeks old and spent most of the time building it up while he was strapped to her. Ten months later, it was up and running.

‘Arches aren’t necessarily designed with plumbing and electrics in mind, you have to implement all of that. But the feeling is something I couldn’t emulate in another location,’ she says.

While O’Neal has plans to expand further, she wants to keep the distillery as ‘home’.

>> Thinking of starting a business this January? How to get free expert help

O’Neal has a clear entrepreneurial flair but it was her mum’s death that really pushed her to start her own business.

‘I started my own footwear line and then my mum got sick. A couple of weeks before she passed she said to me, ‘You’re not going to make this shoe line work from Canada”‘, she says.

‘A week after she passed I sold my house, my car, all my belongings, got on a plane and came to London.

I love creating something that brings people together

‘I went to University of the Arts London, I designed my collection and got it into production. The next week I got run over by a lorry. The side of my body and my hand was crushed.

‘Luckily I survived. But the investors in my shoe business said you can’t use your hand, we’re done, we’re out.’

Although a gin distillery wasn’t what O’Neal initially set out to do, the presence of her mother, whose favourite tipple was gin, is very much felt in the distillery from the essential oils wafting through the air to the large still named after her.

As a trained aromatherapist, O’Neal’s mother made her own oils. ‘I got to see lavender and rose oil being made. I saw distilling and the science behind it and I found it really interesting,’ she says.

‘Gin wasn’t necessarily my love. I love creating something that people enjoy and brings people together.

‘I love creating experiences that people can share with their friends and family.’

>> How entrepreneurs are beating setbacks from strikes to fuel squeeze 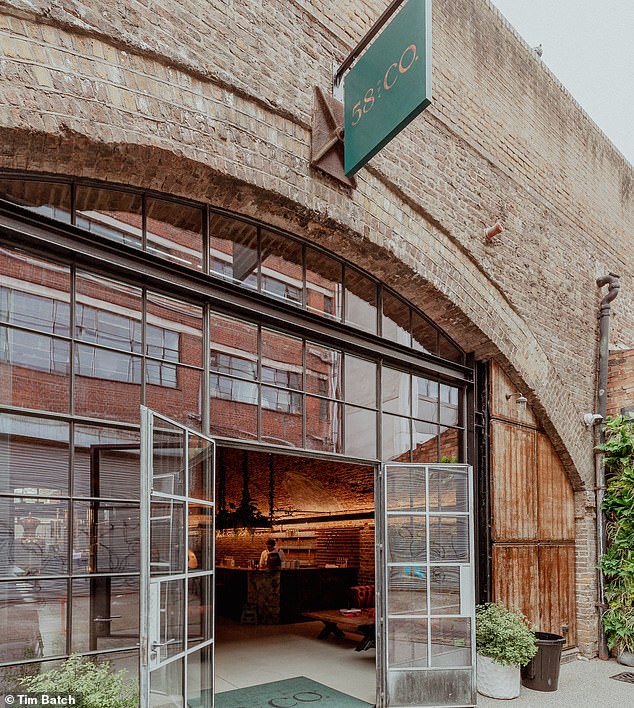 New gin on the block: 58 and Co’s distillery is based in a railway arch in east London

‘People are more likely to spend on experiences’

Consumers’ desire to spend money on unique experiences is why O’Neal took such a long time to get the railway arch to her exact taste. It’s home to 58 and Co’s gin school, which has become an important revenue stream.

The concept is simple: customers spend three hours tasting, making and bottling their own gin.

So far it has been a roaring success, says O’Neal, recalling one customer who has been back five times, albeit with five different dates.

Since the pandemic more and more small businesses have had to pivot to in-person experiences to try and get consumers through the door as they battle online fatigue.

How the gin school will stand up in the face of the cost of living crisis remains to be seen.

At £125 per person, it’s a premium offering and consumers are unlikely to part with their cash so easily now.

O’Neal doesn’t seem to think her target customers will be put off, however.

‘We provide such an incredible afternoon that when you look at it from a value side and what people are leaving with I think you get way more value than what you charge. Its a luxury experience,’ she says.

She concedes people might see gin school as an important revenue stream but, as with her entire approach to the company, she takes a more holistic view.

‘I look at it as if I’m creating brand ambassadors. The idea of creating something that has people laughing and enjoying – my mum always had an incredible table, always feeding people, she was the ultimate host. Gin school is that for me. Introducing people, connecting people, creating a memory.’

>> Small business with a success story? Get in touch: editor@thisismoney.co.uk 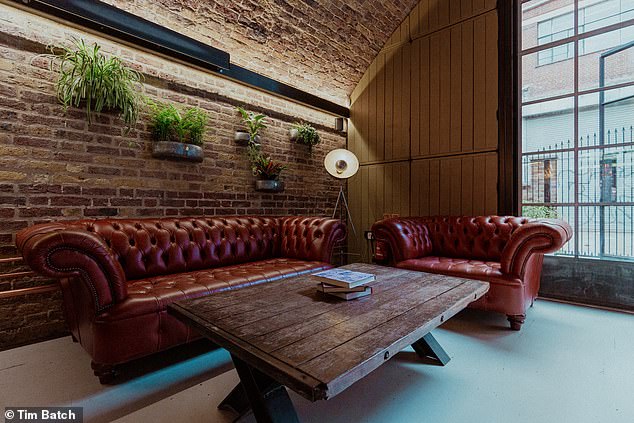 Learning the ropes: 58 and Co’s distillery is home to its gin school which has proved a success

Why B Corp isn’t the be-all and end-all

While 58 and Co might have established itself both as a gin brand – it’s stocked online and across independent retailers – and through its gin school, it hasn’t been without its growing pains.

The name itself comes from the 58 recipes it took to get the gin just right. Previously named 58 Gin, O’Neal opted for a name change as part of a broader rebrand.

During the pandemic, O’Neal and her team started to produce white-label alcohol to sell to bars and restaurants. The ‘house’ product is sold in three litre refillable bags alongside the premium range of three gins and one vodka.

I think sustainable has become a bit of a buzzword. Same thing with B Corp…

This year 58 and Co is launching a collab series, initially with a Sake brewery and winery, which will take the waste of other distilleries and turn it into a new product. The 58 Gin name had therefore run its course.

With the change also came the news that 58 and Co had become a certified B Corp. O’Neal initially chose not to announce it for seven months, reflecting her own modesty but also her approach to sustainability for the brand.

‘I’m crazy about my composting. But seeing it, feeling it, touching it is going to be better than anything I put out on the internet and saying this is what we do.

‘Sustainability wasn’t me doing it for other people, it was us doing it for the right reasons for our business.’

The commitment to sustainability isn’t immediately evident when you walk into the distillery, because everything has been painstakingly curated to feel as upmarket and comfortable as possible.

But on closer inspection you notice the entrance way is made of disused plastic, the coasters are made of recycled plastic from the distillery and everything is recycled.

O’Neal even has worms in the back, which she affectionately nicknames the Brady Bunch, to help with composting.

‘When we did the rebrand, we used the term ethical rather than sustainable.

‘I think sustainable has somehow, in the last year, become a bit of a buzzword that some businesses are using it as a way to get investment. Same thing with B Corp… people were applying for it for credibility down the road.’

O’Neal’s commitment and energy is relentless and she is a natural entrepreneur having comfortably morphed from make-up artist, to shoemaker and now to gin distiller.

It does beg the question how much longer her attention will be kept with 58 and Co.

She concedes that 58 and Co hasn’t experienced a ‘normal’ trading environment just yet. Opening in July 2019, the company was open for six months before the pandemic hit.

58 and Co didn’t fully reopen until June 2021 and since then has had to battle with Covid restrictions over Christmas 2021, travel restrictions, the cost of living crisis and supplier issues.

It is clear, however, that the company, and the gin school in particular, is where her heart lies. While O’Neal might not shout about her successes, it’s clear 58 and Co has found a winning formula.