Lionesses boss Sarina Wiegman ‘will pocket a £200,000 bonus for winning Euro 2022’ and is ‘in line for a bumper new contract’ as FA chiefs look to tie her down despite there being two years left on her current £400,000-a-year deal

Sarina Wiegman is set to sign a new contract and collect a massive six-figure bonus after leading the Lionesses to Euro 2022 glory, according to reports.

The Dutch boss was the mastermind behind England’s first major tournament triumph since 1966, and the FA are expected to open contract talks with the manager soon, reportedly wary that she will be in high demand ahead of next year’s World Cup.

Wiegman has two years remaining on her current deal worth £400,000-a-year.

The 52-year-old, who also led her home nation to Euro success in 2017, has already earned a £200,000 bonus for winning this year’s tournament, the Daily Star understands.

Following England’s 2-1 victory against Germany in extra-time, left-back Rachel Daly insisted that the Lionesses boss should be viewed as one of the best coaches in world football.

‘She should be [seen as one of the best],’ Daly said. ‘She absolutely should be. 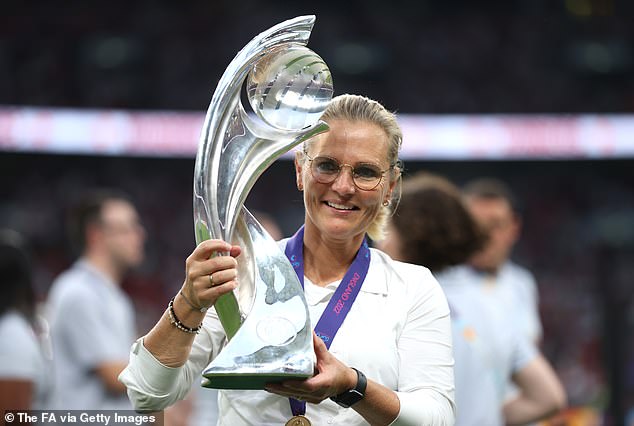 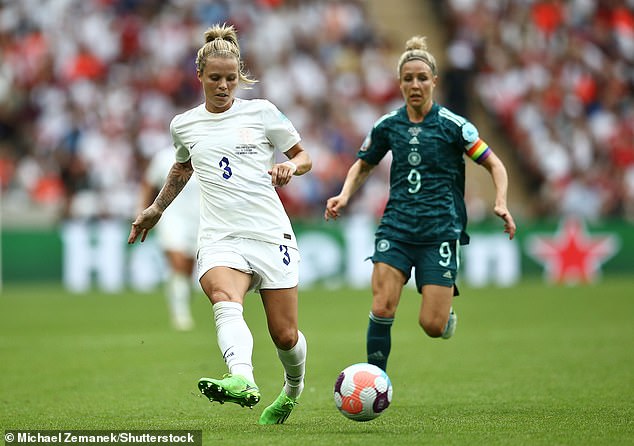 ‘Her stats speak for themselves. She’s won two home Euros in a row. We haven’t lost under her, touch wood. She’s incredible.’

The Lionesses head to Australia and New Zealand next summer as one of the favourites to win the World Cup, thanks to Wiegman’s impressive transformation of the team.

The former PE teacher named the same starting line-up in every single match at Euro 2022 but also knew when to call upon her substitutes, who provided a valuable impact throughout the tournament.

Ella Toone, who scored a crucial equaliser against Spain the quarter-finals, came off the bench to score a sensational lob and put England ahead in the final, whilst fellow substitute Chloe Kelly netted the winner in extra-time.