EXPRESS INFORMER > News & Politics > SARAH VINE: We must not let the coronavirus crisis rob us of our humanity

Sunday was a very sad day for us. The mother of a dear friend passed away in hospital from Covid-19.

It came as a huge shock, not just for her poor family but also for all of us who love her son and know how much he adored his mother.

That she died is bad enough. But almost as unbearable is that she left this life — like so many victims of this terrible disease — without her loved ones by her side.

She never got the chance to squeeze her husband’s hand one last time, or hug her teenage grandchildren, or tell her sons she loved them. And, after she had gone, her two boys weren’t even allowed to see her body, to say one final goodbye.

When I spoke to my friend, the gut-wrenching grief he felt was almost matched by the anger, the utter desolation, of this final insult.

‘She did not deserve this,’ he said, and he’s right.

No one deserves this, not that poor 13-year-old boy who succumbed alone and was buried in isolation almost a month ago, not the elderly victims in care homes, not the front-line staff who have lost their lives, not anyone.

My friend’s experience is being repeated all over the country.

As Sister Anthea Allen wrote yesterday in the Daily Mail in a moving and awe-inspiring account of life at St George’s Hospital, South London, this virus has changed so much — not least the way we are now forced to face death.

She described how she had to tape her iPhone to a drip-stand to allow a patient’s husband and children to witness her final moments over the internet. ‘This felt so wrong and crude,’ she said.

‘It was the best I could do but far from good enough,’ she added. ‘Usually families are with a patient, holding their hand, brushing their hair, even lying next to them.’

After the Prime Minister made his return to work on Monday, the question on everyone’s lips is this: is Boris changed by his brush with death?

The answer must be yes — who wouldn’t be?

What remains to be seen is how much and in what way, something probably not even he understands yet.

One thing remains reassuringly familiar: that shock of straw-like blond hair, still untroubled by a strand of grey.

Are those Johnson genes simply immune to such vicissitudes — or has Carrie been busy with the Clairol?

Sister Anthea’s was a sentiment echoed by my own mother weeks ago, when the pandemic was raging in Italy, where she and my father live.

‘People are starting to refuse to go to hospital,’ she told me. ‘They don’t want to die alone without their families by their side. And, frankly, I don’t blame them.’

None of this is the fault of the doctors and nurses. Patient volumes are such that staff are doing what they can to keep someone alive.

‘The personal touch is impossible,’ wrote Sister Anthea. ‘One nurse said to me: “I don’t even know my patients’ names.” ’

All of us understand this. But there must be some way in which a single hospital visit for a loved one could be arranged with PPE gear.

There is a deep, visceral and painful response to enforced separation — and if the rules mean you can’t see your mother even after she has died, it is brutally inhuman.

At the start of this nightmare I wrote how it seemed that the worst thing about this disease was the way it meant normal human impulses — the need to hold your loved ones, to spend time with good friends and neighbours — are the things that could lead us to grief and death. 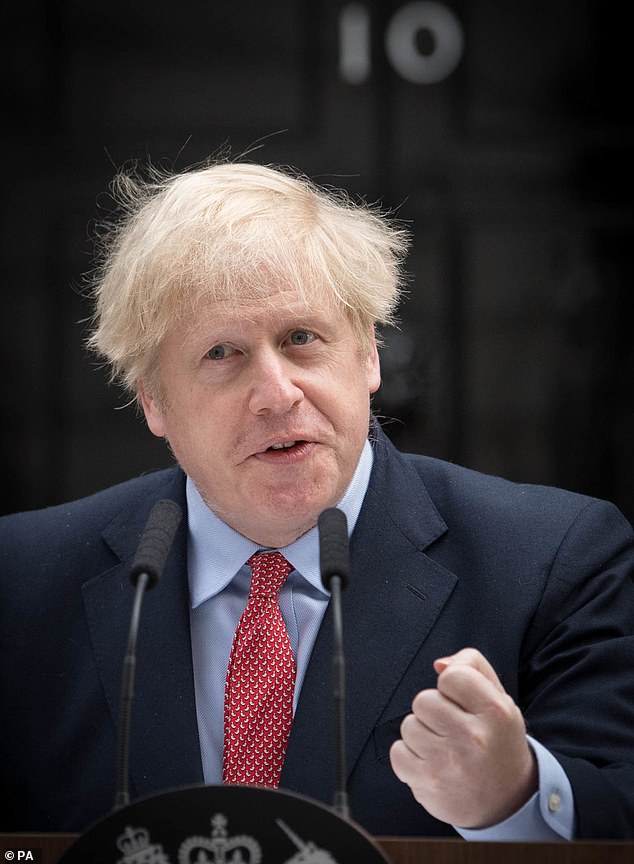 On Monday, during the Government’s daily briefing, a lady called Lynne from Skipton emailed Health Secretary Matt Hancock to ask when she might be able to hug her grandchildren.

The answer, by Chief Medical Officer Chris Whitty, was characteristically logical: it would depend, he said, on whether she had ‘a significant medical problem’.

Clear as his reply was, I don’t think it was what Lynne was looking for. I’m sure she is familiar with guidelines surrounding at-risk groups.

The Government’s proposed plan to allow us all a group of ten designated friends and family is, to put it mildly, a social minefield.

Besides, after five weeks in lockdown I’ve realised there are really only two people I ever want to see again: my hairdresser and my cleaning lady.

What she was really asking for was a glimmer of hope. A sense of when life might return to normal.

Not in terms of jobs, the economy, shops and services but in terms of what, ultimately, makes life worthwhile: love and our need to express it.

The virus may have robbed us — for now — of our freedom; but we must make sure it never takes away our humanity.

The makers of popular TV shows are warning social distancing will put an end to the traditional sex scene as new guidelines force actors to stay two metres apart.

I’m sure they’ll get around some of this with a bit of clever green-screen editing — but on the whole I don’t think many viewers mind.

I, for one, am not entirely opposed to the idea of face masks in public.

Quite apart from helping to minimise the transmission of the dreaded virus, they hide a multitude of chins.

At my age, a distinct advantage.

In fact, I imagine quite a few will find it a relief not to have their evening’s entertainment interrupted by the unwarranted panting and groaning.

As for the actors, at last all those breathless starlets endlessly complaining about being objectified will finally get their wish of being judged solely for their acting skills as opposed to the pertness of their bottoms. I bet they can’t wait!

You can cheer us up, Colin!

Dear man, there are worse ways to be typecast. And, since we’re all in need of a lift, here’s a helpful visual reminder that your suffering isn’t all in vain.

Colin Firth is pictured as Mr Darcy in the 1995 adaptation of Pride and Prejudice. He has since said he felt the role left him typecast as ‘good looking and strutting around’

I do wish everyone — Government ministers included — would stop referring to the NHS as ‘our’ NHS. It’s ‘the’ NHS.

‘Our’ just makes it sound like a slightly distant cousin.

Given that we know obesity — and related conditions such as heart disease and diabetes — increases the risks from Covid-19, is it really wise for Greggs, Burger King and KFC to be allowed to reopen?

If anything ought to be on the ‘non-essential’ list at the moment, surely it’s greasy, calorie-laden fast food?

Here’s one for conspiracy theorists convinced the end of the world is nigh: Anna Wintour has been pictured wearing a pair of — and I’m sorry to say this — tracksuit bottoms. 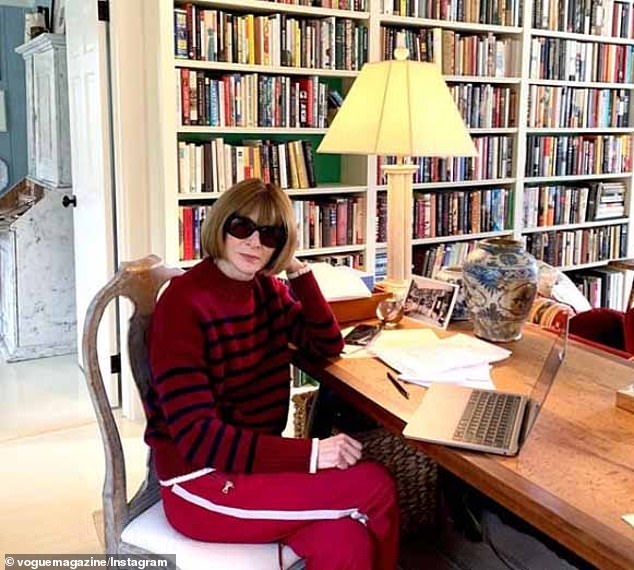 The high priestess of fashion once witheringly replied with a curt ‘no’ when asked if she possessed such a garment.

Yet here she is sporting a pair. At least she’s still in her dark glasses.

The bookies are still a bad bet

Good news: gambling firms such as Bet365 and Paddy Power are withdrawing their TV advertising following pressure from Parliament to protect problem gamblers during lockdown.

Bad news: they are still pushing their products online and on social media. Which — given that all gambling currently is online — renders their six-week TV ban virtually meaningless.

In fact, since spending on online betting has risen by a fifth since betting shops closed, you could argue it suits the bookies.

It’s time this ruthless and discredited industry got its house in order — otherwise politicians will have to do it for them.

I’M Relieved that Captain Tom Moore’s 100th birthday flypast has not been cancelled (it was reported the Department for Transport had blocked it as ‘non-essential travel’).

What could be more ‘essential’ than honouring a man who has done so much to inspire us all in these dark times?

Exciting news: the dumps are to reopen.

Short of a jaunt to the pub, there are few more quintessential British pastimes than a happy Saturday spent loading the car with domestic junk, then queuing for ages to jettison it all — before, of course, buying a whole lot more from the DIY centre on the way home.

I do wish everyone — Government ministers included — would stop referring to the NHS as ‘our’ NHS. It’s ‘the’ NHS.

‘Our’ just makes it sound like a slightly distant cousin.