EXPRESS INFORMER > News & Politics > SARAH VINE: We might be handling this situation just fine but the lockdown stasi are coming for YOU

We may not be fully conscious of it yet, but lockdown is, in many respects, one giant, unprecedented social experiment.

No one has any real idea how it will influence the economy, although very few disagree that, short term, it will be almost cataclysmic.

Equally seismic are the social repercussions. For young people, who are not only missing out on their education but also on important relationships outside the home, and who are spending more and more time in the toxic ­environment of cyberspace.

For vulnerable people stuck at home in poor conditions; for the elderly, cut off from their families and struggling with basic things like shopping and medicines and, of course, loneliness; for the mentally ill or disabled, unable to access their usual support networks.

We may not be fully conscious of it yet, but lockdown is, in many respects, one giant, unprecedented social experiment

Equally, there are others who are thriving, such as friends whose young son is delighted to have the full attention of both his normally frantic professional parents. And my own mother and father who, four weeks into their house arrest in Italy, seem to be happier than I’ve seen them in years.

And, dare I say it, yours truly, who is secretly enjoying the prolonged company of her quaranteens, despite all the extra washing and cooking, and the occasional scrap over the last packet of Quavers.

But there is one group that, for me, stands out more than most — and not in a good way. Those people for whom the curtailment of our daily civil liberties seems to ­represent not a tragic loss, but a long-awaited opportunity to indulge their inner dictator. Forget Covidiots, it’s the Covidstasi who really get my goat.

These are the people who time their neighbours on a morning run, or monitor how many family ­members leave the house at any one time, and then report their findings to the authorities. 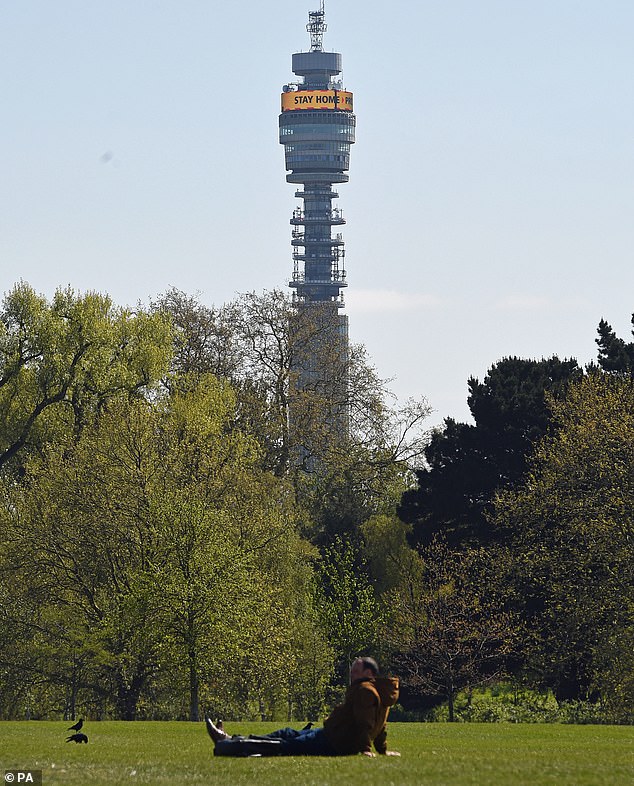 Busybodies complaining about kids playing football or sunbathing in gardens, even when they are ­members of the same family and observing guidelines

Those who bite your head off if you so much as stray a centimetre in the supermarket social distancing queue, or snap at you in the street if you fail to get out of their way fast enough.

Busybodies complaining about kids playing football or sunbathing in gardens, even when they are ­members of the same family and observing guidelines. Curtain-twitchers denouncing people on Twitter for having non-essential items in their shopping basket.

Consider the case of the NHS nurse from Cambridgeshire who returned home from a 12-hour shift to find a note which read: ‘You are a disgrace and you have been reported! Stay at Home!’

Or what about the South Yorkshire police officer filmed lecturing a ­couple for using their front garden; or the one in Manchester who ­threatened a man with pepper spray while he was dropping off food for his mother?

Or even the officer who, when I sat down to rest my knee for a few moments on a bench the other day (I have a dodgy meniscus), stood about four metres behind me ­bellowing into a megaphone about how sitting on benches was strictly prohibited, thus ensuring every ­passer-by eyed me with the sort of hostility normally reserved for ­suspected child murderers.

When I pointed out to him that he could simply have asked me to move on without the need to shout in my ear, he implied that if I knew what was good for me I would keep my opinions to myself.

I have no problem whatsoever respecting the lockdown ­measures to slow the rate of contagion. But this must be by consent, not force. Otherwise we are straying into very uncomfortable territory.

Because whatever the lasting effects of this pandemic turn out to be, the ­permanent curtailment of our hard-won civil liberties must not be one of them.

Britain is a free country, and it must remain that way. I don’t care how bad things get — that is non-negotiable. Otherwise, this virus poses far more than a risk to ­individual lives; it threatens the very essence of our society.

A one Huawei street?

Concerned that its UK investments may be ­hampered by its ­government’s handling of the ­coronavirus crisis, ­Chinese tech firm ­Huawei has urged ­ministers not to ­back-track on allowing the company a major role in building ­Britain’s new 5G network.

Apparently, there is nothing to fear from this vast organisation with close ties to Beijing having access to all our data.

News that the Prime Minister has been convalescing in the company of Tintin has divided opinion.

There are those (myself included) who believe that Asterix (pictured) is the superior little blond adventurer.

It’s the VHS vs Betamax, Blur vs Oasis, Apple vs Microsoft debate of the cartoon world.

Completely trivial, of course; but a welcome distraction from endless conversations about you-know-what. 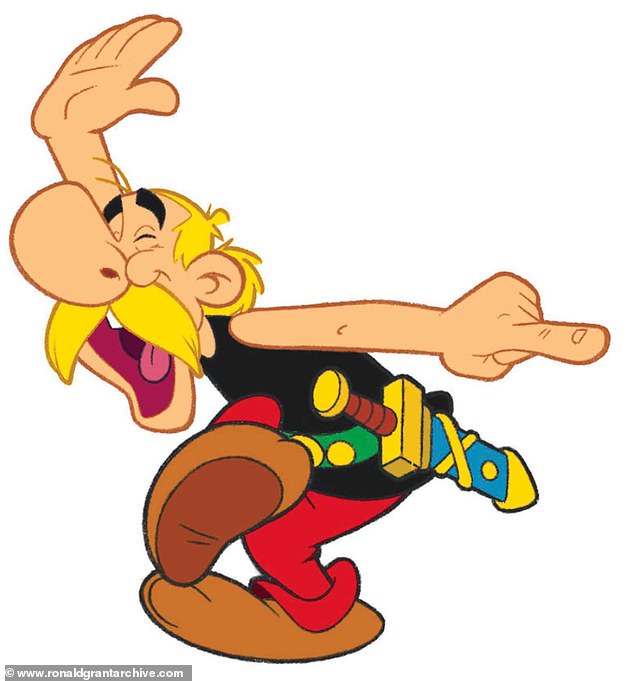 Rumours abound that the under-30s will be the first to be allowed out when the lockdown begins to lift. In other words, millennials.

Ah yes. Because what our corona-crippled economy really needs now is social-media influencers, £12 cups of cold-pressed coffee and pretty pictures of avocado on sourdough toast.

I understand that MPs feel an urgent need to return to work in the Commons.

However, as someone who has sat through innumerable video-conference calls over the past few weeks and found myself narrowly resisting the urge to smash myself over the head with my laptop, the idea that 600-plus egomaniacs with an implacable urge to shout over one another are going to achieve anything other than total meltdown by conducting a virtual ­Parliament is just nuts.

One thing I really don’t understand about the lockdown: why are dentists not included in the list of essential services?

And yet dental practices have not only been forced to close to all but the most dire emergencies, they have also been left high and dry financially — indeed, the British Dental Association warned this week that a fifth of ­practices may not survive the lockdown.

The lack of affordable NHS dentistry is a scandal as it is — it would be madness to let the rot set in even further.

In her new book, Clothes . . . And Other Things That Matter, former Vogue editor and current Mail on Sunday columnist Alexandra Shulman reveals that she has suffered from anxiety and panic attacks since the age of roughly 21.

I had my first panic attack around a similar age. I remember it very clearly: a tightness in the throat, ­tingling in my hands, ­confusion and dizziness, palpitations and chest pains.

Some ­people may find it extraordinary that a woman who is as successful as Shulman is should find herself plagued by such things.

However, in my experience, people who suffer from anxiety can also be surprisingly resilient.

Perhaps it’s because we have something to prove to ourselves — or maybe it’s just the endless, constant worry and fear of failure that spurs us on.

Claudia’s gone off her loaf

Claudia Winkleman is that rare creature: a celebrity with a sound sense of humour.

Talking about working from home, she said: ‘The Zoom began and I was like: “How interesting, Meat Loaf is in my house.” And then I realised it was me.’

Never mind The Loaf, isn’t her real doppelganger that chap from Slade? 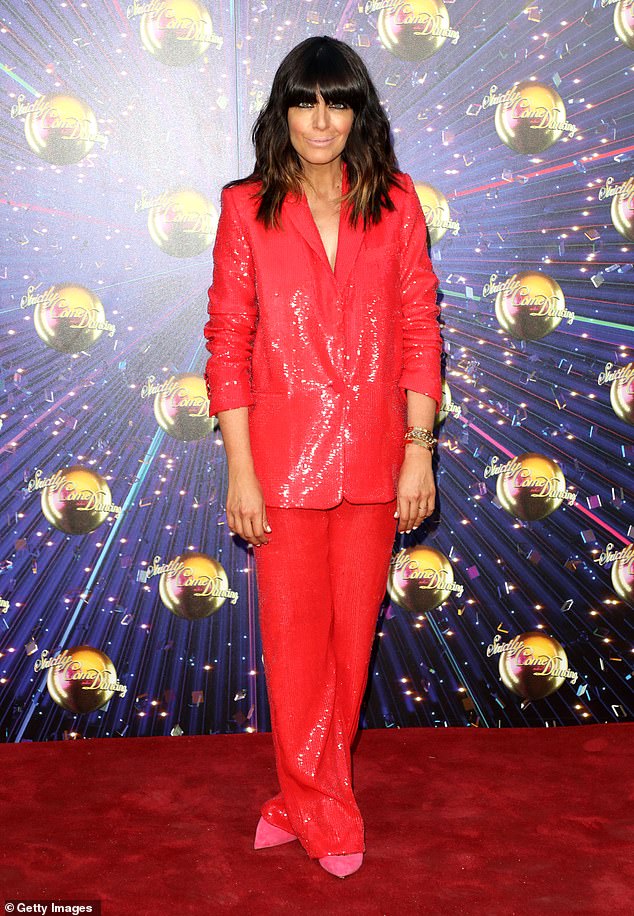 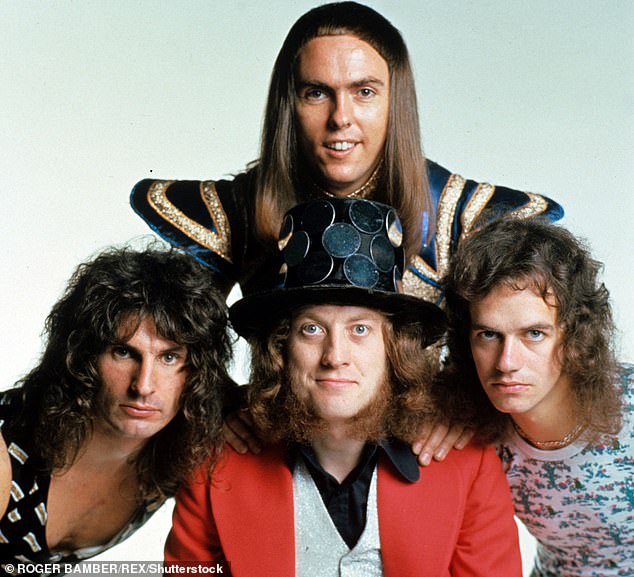 Harry and Meghan have refused a request from ­Aussie firefighters to name their new ‘fire-bomber’ (an aeroplane that drops fire retardant) after their son, Archie, on the grounds that he has not yet entered public life.

And yet last week they unveiled the brand name of their new foundation: Archewell, from the Greek ‘arche’, meaning ‘source of action’ — and also the inspiration for their son’s name. I wonder if Meghan’s been taking branding tips from Beyonce, who famously trademarked her elder daughter’s name, Blue Ivy?