Sarah Hyland and Wells Adams took to Instagram to celebrate the New Year with their followers as they enjoyed a snowy vacation with friends in Lake Tahoe.

On Thursday, the 32-year-old Annie star shared a festive 10-image carousel giving fans a taste of how she is enjoying her mountain getaway.

Sarah captioned the post, ‘A blizzard, a blackout and a ghost named Elizabeth. Welcomed in 2023 with the whackiest adventures and the BEST people! I miss them already.’

Loved up: Sarah Hyland and Wells Adams shared snaps from their snowy vacation in Lake Tahoe

The Vampire Academy actress filled her Instagram with loved-up pictures of the newlyweds partying with their close friends in a large cabin.

Dressed for the cold temperatures, the Modern Family alum wore a brown puffer jacket with a cream scarf around her neck and a matching beanie.

She added skinny jeans and white high-tops as she played with her entourage outside and posed for snaps. 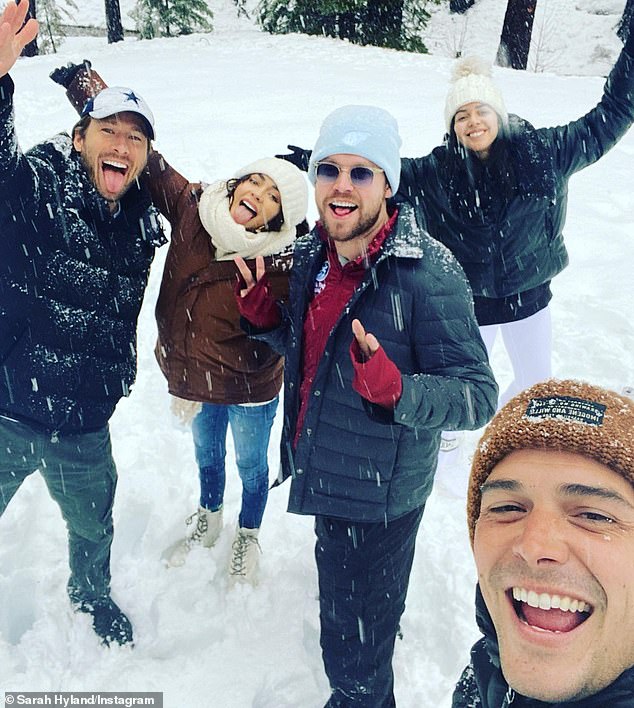 Winter wonderland: Hyland celebrated the New Year with her husband Wells and their friends in the snow 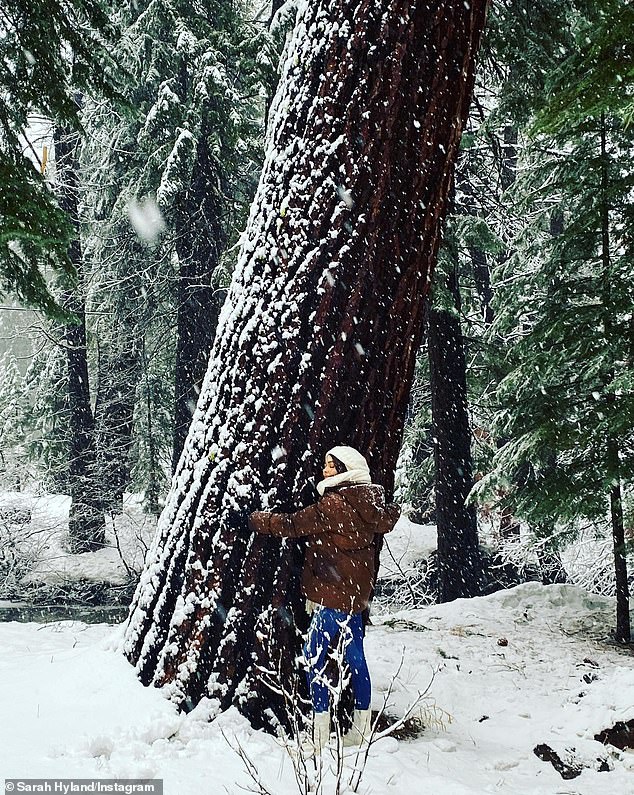 Tree hugger: Hyland wrapped her arms around the trunk of a huge tree 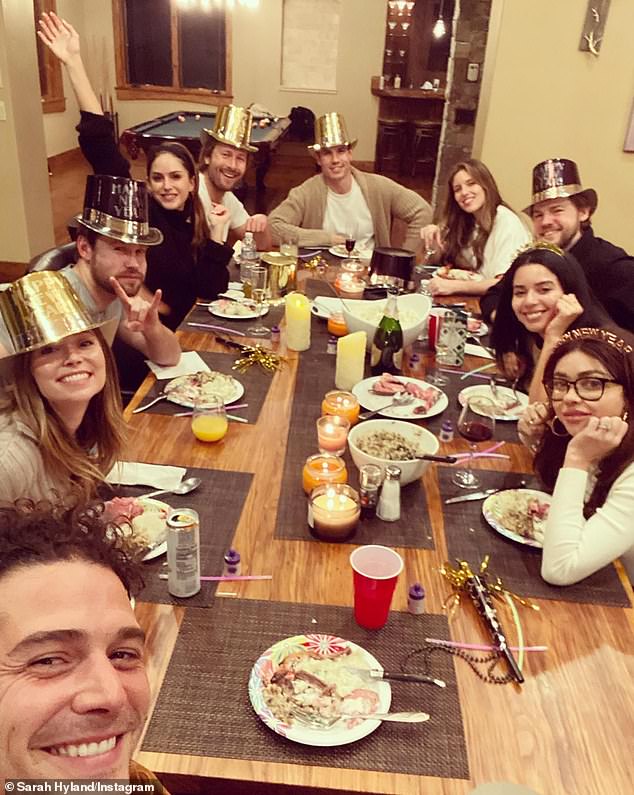 One fun shot showed the Love Island US host as donned a gold headband that read ‘Happy New Year’ with a pair of large hoop earrings as she sat around a large table with all her friends.

Hyland showed how much she is loving the winter as she stood in the snow and wrapped her arms around the trunk of a huge tree.

In other fun snaps, she laid on the floor with her girlfriends and dog piled on a shaggy rug inside the cabin.

For some freezing fun, Sarah posed in the snow alongside Glee actor, Chord Overstreet, 33, in front of the cabin where they stayed. 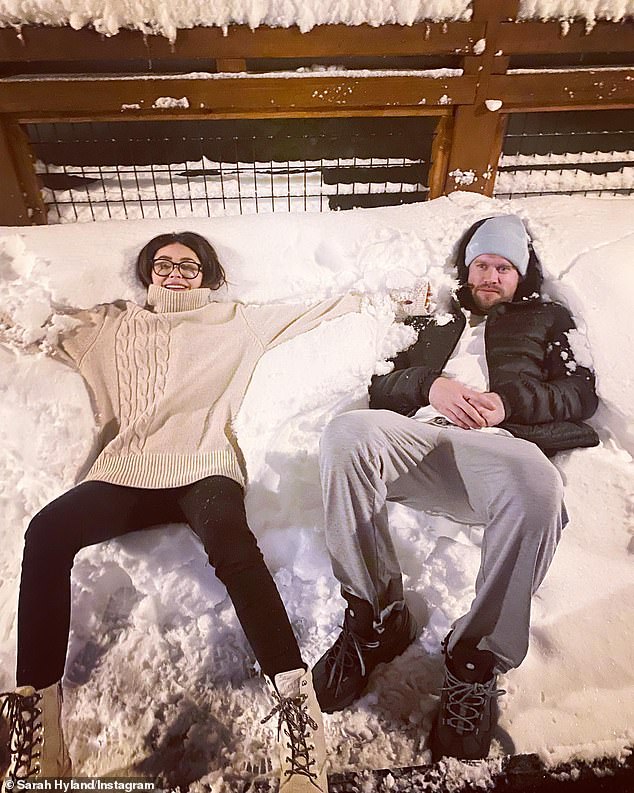 Freezing fun: Sarah laid in the snow alongside Glee actor, Chord Overstreet, 33, outside the cabin 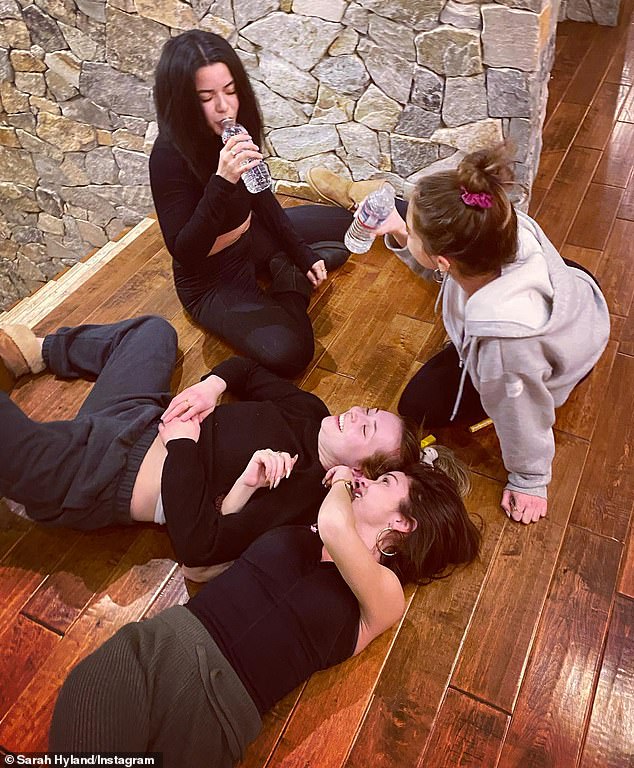 Another fun shot showed the group popping Champagne in a short video as happy couples in the group kissed at midnight.

On Wednesday, the loved-up newlyweds shared their first New Year’s kiss as a married couple as well as group photos with their pals.

The brunette beauty tied her hair up in a ponytail and left her bangs in a perfectly imperfect style. Her other half looked dapper while dressed formally in a tie and suit. 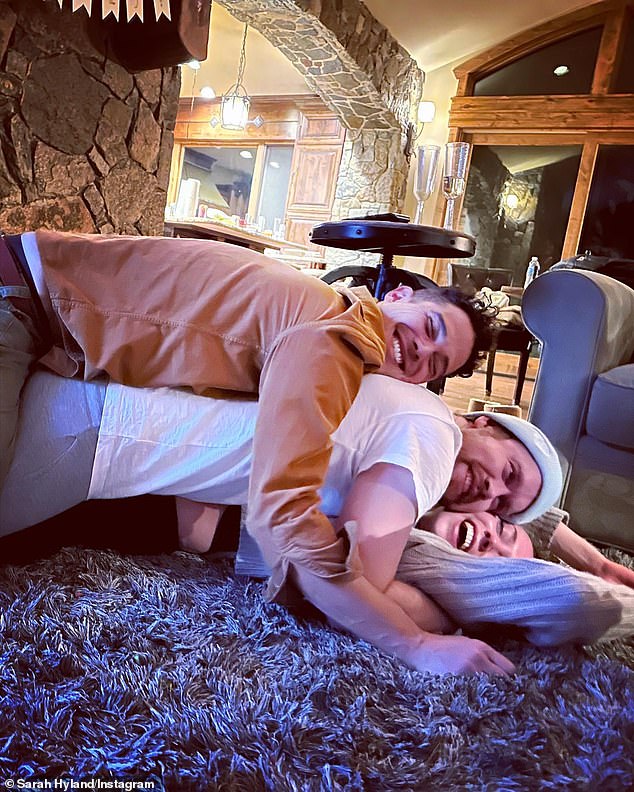 Dog pile: In other fun snap, friends dog piled on a shaggy rug inside the cabin 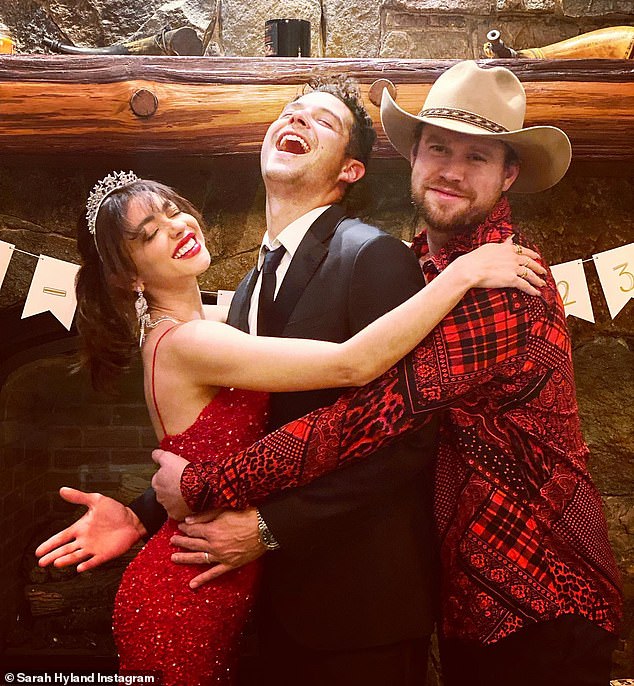 Three’s not a crowd! In one photo, the cheerful couple posed with the Overstreet near a fireplace and a homemade banner

Later, the entire group of pals posed together with New Year’s celebration-themed props.

He was eliminated in week 6 during his one-on-one date. He later appeared on the 3rd season of Bachelor in Paradise.

Last summer, the pair tied the knot in August at their star-studded wedding ceremony held at a winery near Santa Barbara in California. 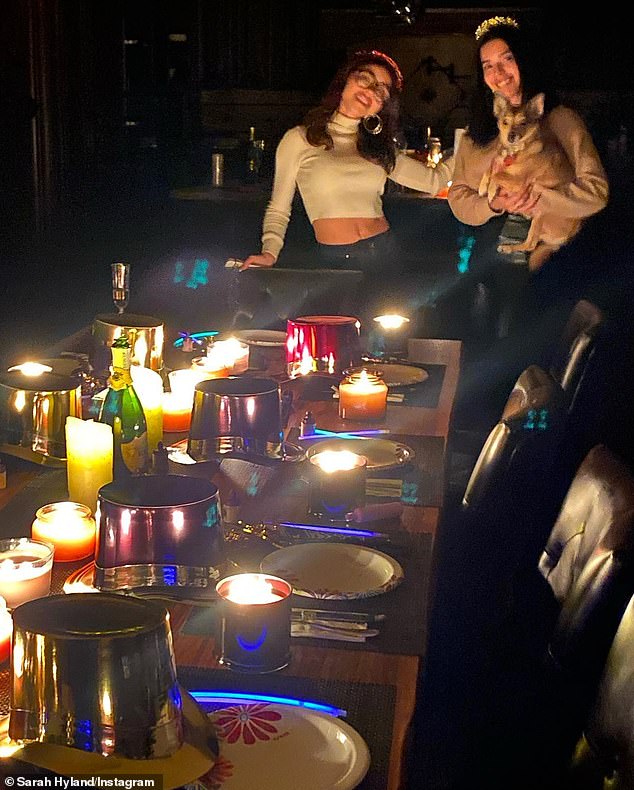 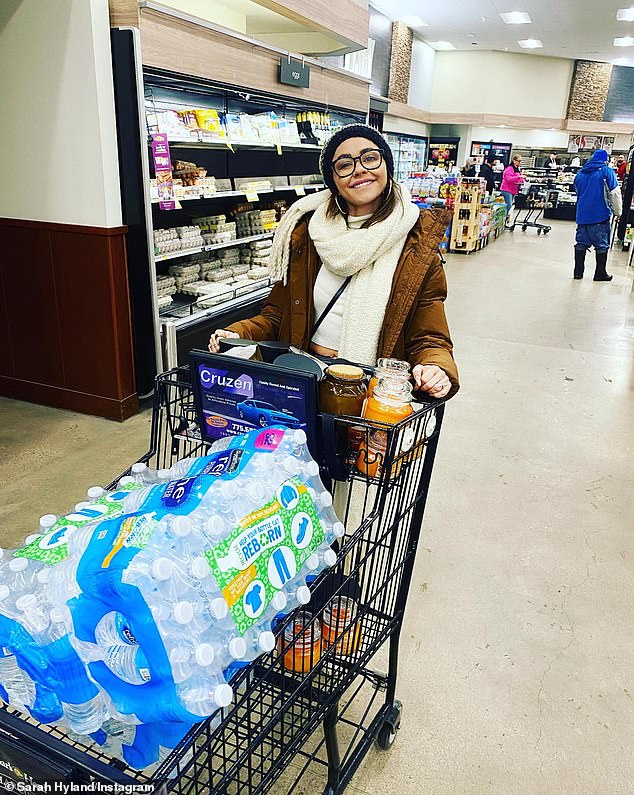 The newlyweds first met on social media in 2017 and started dating shortly after.

The couple got engaged during their vacation in Fiji in July 2019 and tied the knot in August 2022.

Initially, the newlyweds had postponed their original wedding plans in 2020 due to the pandemic.

Although their wedding was postponed, the couple still celebrated their would-be wedding date on August 9, 2020 with a photo of the pair at a vineyard on the special date. 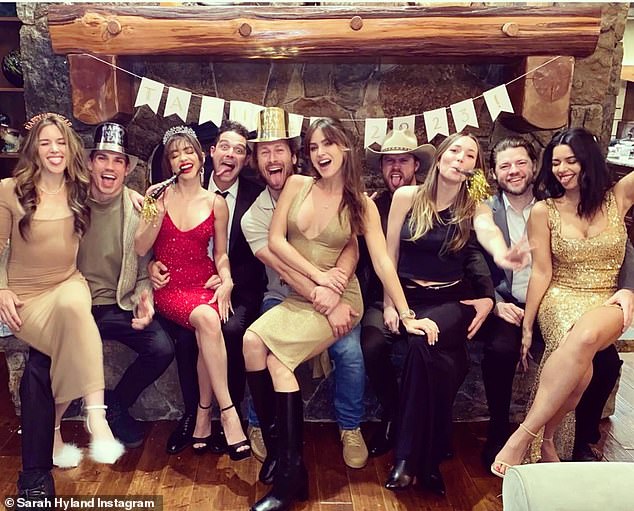