By Kate Mcgreavy and Jake Fenner For Dailymail.Com

In a deadline-day move that could swing baseball’s balance of power this season and beyond, the 23-year-old superstar and former World Series champion has been sent by the Washington Nationals to San Diego along with All-Star first baseman Josh Bell.

The two elite sluggers did not come cheaply.

In addition to veteran first baseman Luke Voit, the Padres also relinquished a bevy of baseball’s top prospects to the Nationals: rookie shortstop CJ Abrams, outfielders Robert Hassell III and James Wood, rookie pitcher MacKenzie Gore, and right-hander Jarlin Susana. Hassell III is ranked No. 21 among MLB.com’s top-100 prospects, while Wood comes in at No. 88. Gore and Abrams, meanwhile, have already impressed at the Major League level after previously ranking among the most promising youngsters in baseball.

For the Padres — a team holding a tenuous two-game lead over the Philadelphia Phillies in the National League wildcard race — the trade signals a do-or-die attempt at winning the club’s first World Series title.

San Diego already boats All-Star third baseman Manny Machado and sensational shortstop Fernando Tatis Jr., the latter of whom is on his way back from the wrist injury that’s kept him out all season. Soto, the left-handed power hitter and former N.L. batting champion, now finds himself hitting between two of the game’s best right-handed hitters.

In his farewell, Soto homered for the Nationals on Monday as they fell to the New York Mets, 7-3. 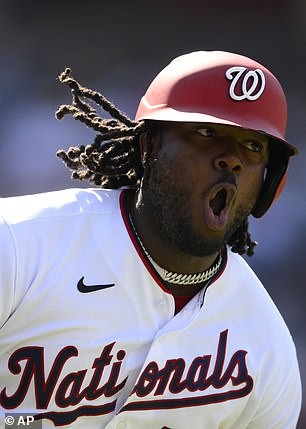 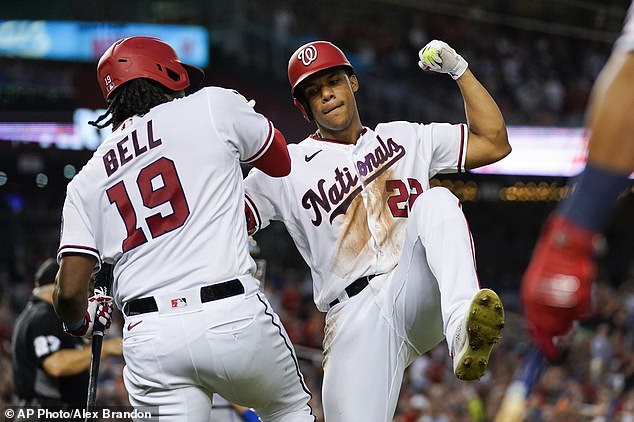 The slugger – one of the game’s brightest young talents – was given a warm reception by Nationals fans and received a standing ovation, in what appeared to be his final game for Washington.

Soto has received numerous contract extension proposals with the Nats, with the most recent being a reported 15-year, $440million deal.

Had he signed, the 2022 Home Run Derby winner would have become the highest paid player in baseball, surpassing Los Angeles Angels star Mike Trout on a $426.5m deal.

Soto certainly adds more firepower to a Padres team that’s trying to remain in playoff contention. The Padres are currently 12 games behind the Los Angeles Dodgers in the NL West, so a wildcard push is likely the best they can hope for. 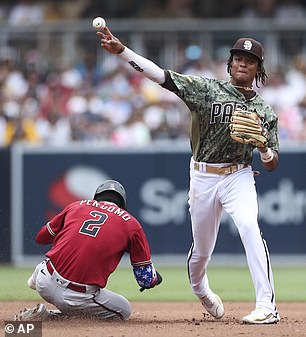 The native of the Dominican Republic is making $17 million this season and is eligible for salary arbitration in 2023. So unless the Padres are prepared to dig deep for Soto, they could have forfeited their top prospects on a mere rental.

The good news for San Diego is that the club is also getting Bell, a switch-hitting first baseman and outfielder with a solid .301 average and 14 home runs on the season.

Bell will be an unrestricted free agent after the season, but the 29-year-old should come at a significantly lower price than Soto, who has an impressive .408 on-base percentage to go with 21 homers on the year.

But nobody can quite compare with Soto, a transcendent young player who has 119 career home runs before the age of 24. While his batting average is more than 100 points off his career best of .351 in 2020, he has remained a patient hitter who absolutely punishes pitchers for mistakes.

Not only does he have an impressive .408 on-base percentage this season (third in MLB), but Soto has 21 home runs on the year (tied for 17th). 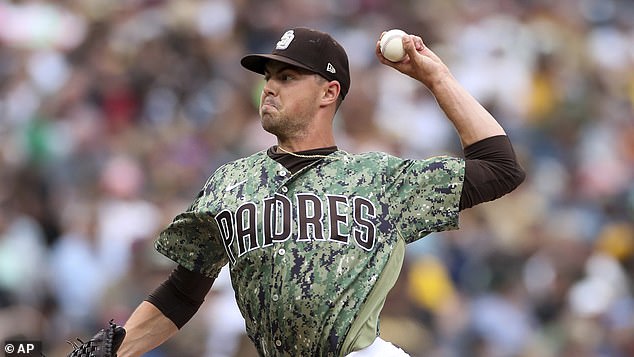