EXPRESS INFORMER > News & Politics > Sam Fenech, drag race driver walked away from a smash in 2019 before he died at Willowbank Raceway

A professional drag racer who was killed when his car flipped over a barrier and smashed into a camera tower at 320km/h had a lucky escape three years ago when he walked away from a similar crash.

Sam Fenech was competing in the New Year Nitro race at Willowbank Raceway, west of Brisbane, before 7pm on Saturday when he lost control of his Chevrolet Camaro in front of a horrified crowd.

He was treated by paramedics at the scene but died a short time later.

It can now be revealed the 55-year-old was in a similar accident at the Sydney Dragway in January 2019.

Mr Fenech hit the tyre barrier at the end of the braking area at when his parachutes failed to blossom after the 410km/h run, according to Drag News Magazine.

While the crash appeared dangerous to spectators, Mr Fenech walked away from the car unharmed.

‘Thankfully I am feeling really good today. I have no injuries that I know of, all the safety gear did its job. The track staff, the ambulance crew, everybody did an unreal job.

‘Unfortunately the car is gone, but we had a really good win. As far as the team goes we are strong and everything is good, so thanks for all the well wishes.’ 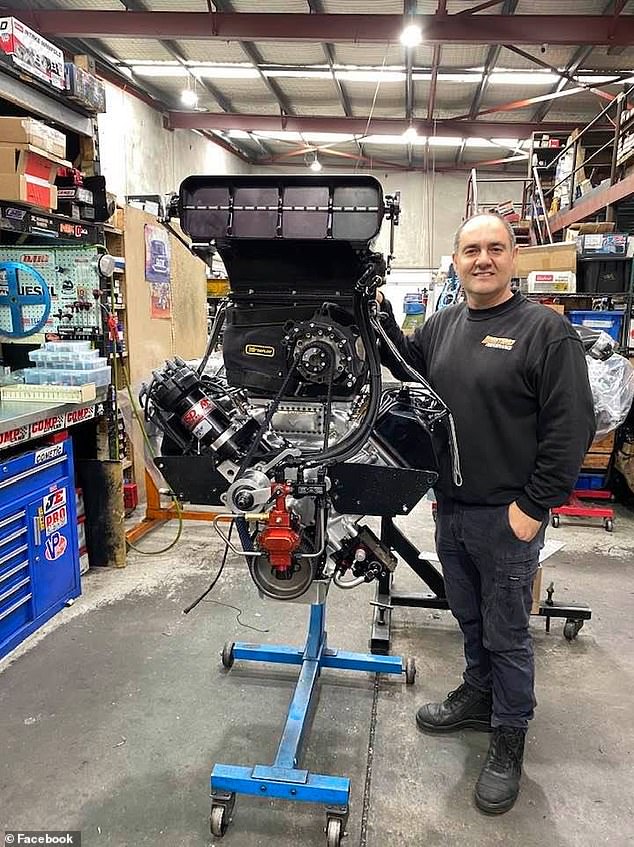 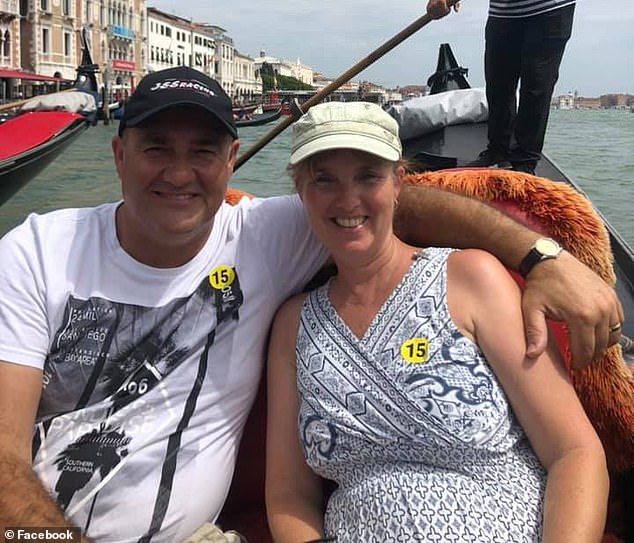 Sam Fenech (pictured) was competing in the New Year Nitro race at Willowbank Raceway, west of Brisbane, before 7pm on Saturday when he lost control of his Chevrolet Camaro

Mr Fenech’s cousin remembered him as a good person.

‘I am blessed with the most amazing family. Love them so much. People filled with empathy and love. I think of each of my cousins on the Fenech side and smile,’ she wrote.

‘They are truly good people. They make you want to be a better person. Rest in peace, Sam Fenech.’

A friend said: ‘Still can’t believe you’re gone Sam Fenech RIP my friend. Thank you for your friendship, help and knowledge over all the years, you’re are one of the kindest people I have ever known.’

‘Condolences to your family and you will always be in my heart mate.’ 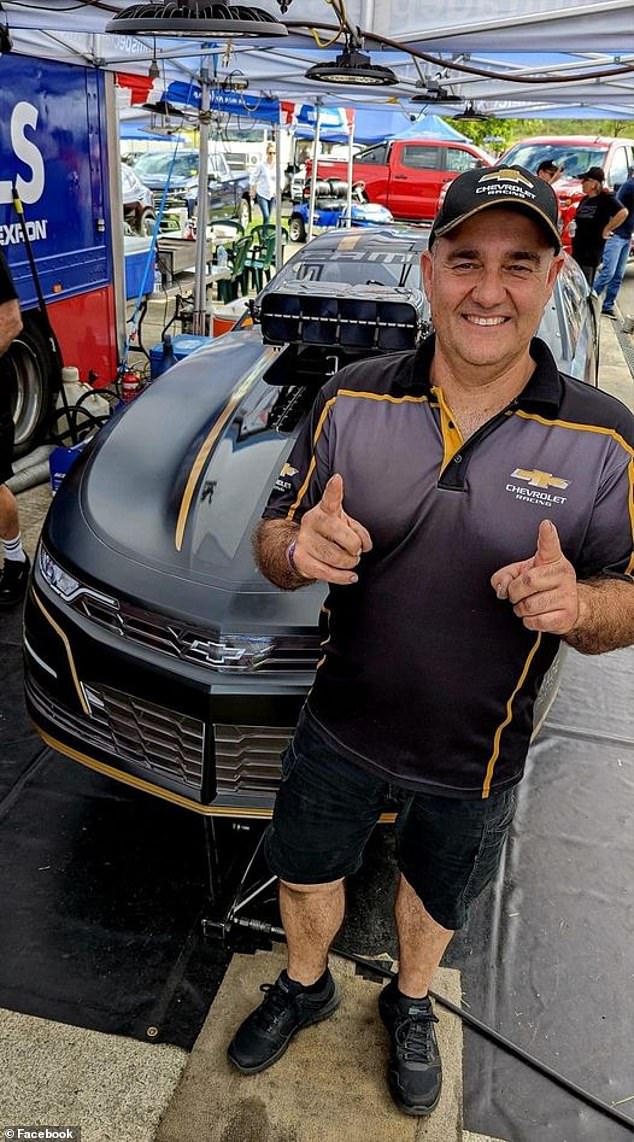 One devastated fan who witnessed the tragedy said: ‘I am still shaking from what I have just witnessed.’

V8 Supercar driver Todd Hazelwood, who was in the crowd, wrote on Twitter that he was ‘absolutely lost for words’.

‘To witness this tragedy at Willowbank Raceway tonight is absolutely heartbreaking,’ he wrote.

‘My heart goes out to Sam’s family, pit crew, friends and supporters. Also wishing the cameraman a fast recovery.’

The shocking footage shows his car scraping against the barrier wall before taking off, soaring through the air and breaking into pieces upon impact. 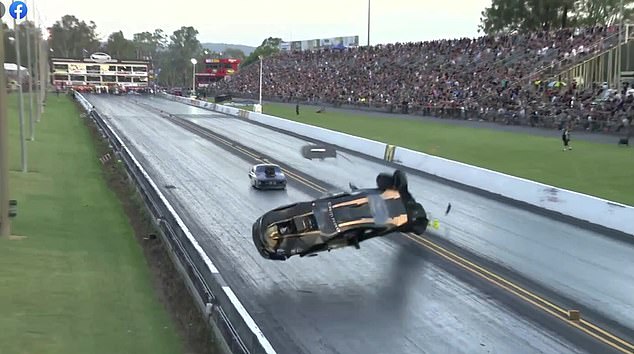 Mr Fenech was filmed admiring his car shortly before the race started. The Willowbank Raceway confirmed his death on social media 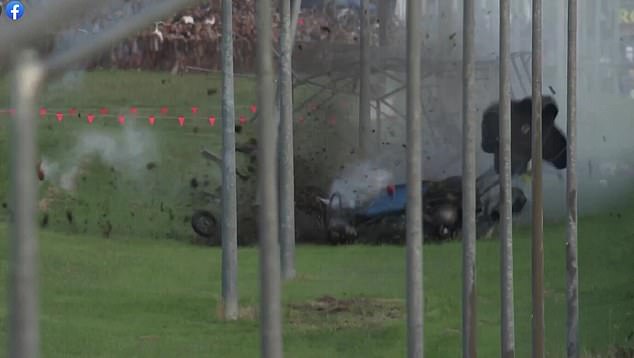 Paramedics attempted to save Mr Fenech, a high-profile drag racer, but he died at the scene

He was driving a Chevrolet Camaro and competing against a Ford Mustang being driven by Kelvin Lyle.

Mr Fenech was filmed admiring his car shortly before the race started.

The Willowbank Raceway confirmed his death on social media.

‘It is with great sadness that Top Fuel Racing Australia announces that Sam Fenech, driver of the Fabietti Racing Doorslammer, has succumbed to injuries suffered in a racing accident at Willowbank Raceway and passed away this evening,’ it wrote.

‘We send our love and support to the Fenech family and the whole team at Fabietti Racing.

‘The accident is under investigation by [Queensland] Police and other agencies, and as such there will be no further public comment.’

Police said its forensic crash unit was working with Workplace Health and Safety to investigate.