Sajid Javid revealed how he took the decision to resign as Chancellor instead of being ‘humiliated’ by sacking all his aides at a reshuffle.

The Bromsgrove MP was given an ultimatum by the PM that he must accept his political advisers being ousted to stay in No11 – but he chose to walk away.

Defending his decision, he told The Times: ‘It was really hard. I wanted to do a budget but . . . when the prime minister said to me these are the conditions, in my mind it was black and white.

‘Even if I had entertained the idea for a second I would be absolutely humiliated afterwards.’

He said he had text messages from other Cabinet ministers telling him ‘well done’, thanking him for speaking on all their behalf.

Mr Javid added: ‘I loved my job. I have wanted to be Chancellor since I knew who Nigel Lawson was when I was a kid and the only person that believed I could ever become chancellor was my dad. He never got to see it.’

In a move that could be seen as a challenge to his replacement Rishi Sunak – and the Government as a whole – Mr Javid revealed the Budget he had planned to announce, focusing on tax cuts and moves towards economic liberalisation.

Mr Javid said he had ‘no option’ but to leave Cabinet when he was told to sack his advisers, and he still has to unpack boxes after moving from the seat of British power in Downing Street back to Fulham. 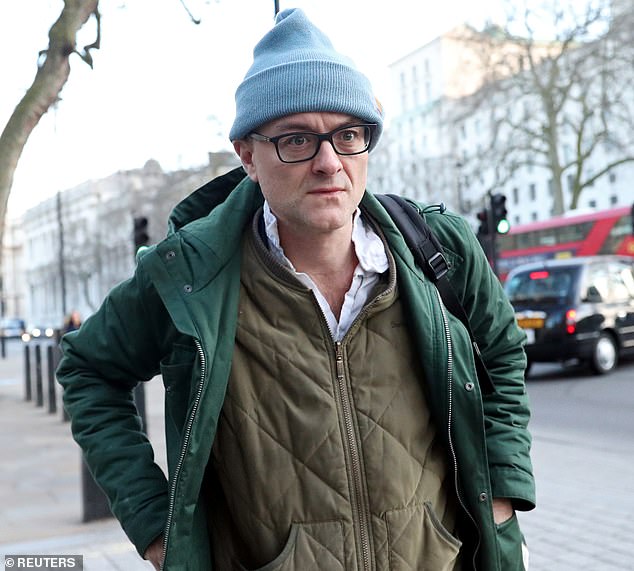 Mr Javid did not comment on Dominic Cummings, but said there were people ‘in the centre’ that thought No 10 controlling the Treasury was a good idea – a proposition he does not agree with

His daughter Maya, 10, left a note with advice ‘for future prime ministers’ at Dorneywood, the Chancellor’s grace and favour country residence.

Mr Javid did not comment on Dominic Cummings, but said there were people ‘in the centre’ that thought No 10 controlling the Treasury was a good idea – a proposition he does not agree with.

He said a separation between the offices of the Prime Minister and the Chancellor was crucial, and a ‘natural tension’ that exists between the two because other than the Treasury, all other departments are ‘spending’ departments – including No10.

Mr Javid said that the Prime Minister should not shy away from being challenged, insisting that the ability for a Cabinet minister to freely express themselves regularly was crucial.

Mr Javid made clear that it was not political differences that made him step down but a merging of operations at Numbers 10 and 11 Downing Street. 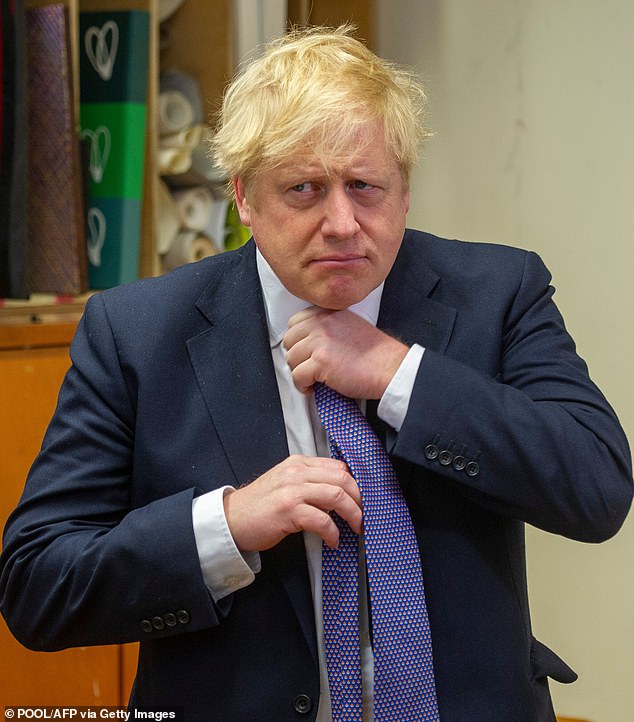 Mr Javid said that the Prime Minister should not shy away from being challenged, insisting that the ability for a Cabinet minister to freely express themselves regularly was crucial

He expressed his belief that tax cuts should be prioritised for Conservative governments, saying the party should be far more ‘aggressive’ on long-term tax reductions, and even go ‘much further’ than their manifesto.

Mr Javid’s Budget would have featured a 2p reduction in the basic rate of income tax – the biggest cut ‘in decades’ – with hopes to see it reduced to 15p in the pound by the end of the current parliament.

He warned of a ‘productivity challenge’ in Britain, and proposed reducing the burden on businesses by letting companies immediately deduct the entire cost of investment from their tax bill.

Another key aspect of Mr Javid’s spending philosophy is his emphasis on investing in so-called ‘human capital’.

He said that there are five million adults who have left the education system without basic literacy and numeracy skills – the highest proportion among a working population in the G20.

He now warns that the primary threat facing the country at the moment is coronavirus.