The Government ‘can and must’ do more to address racial inequality in society, former chancellor Sajid Javid has said.

Writing in The Sunday Times, Mr Javid said only the Prime Minister was capable of ‘driving real change’, adding the UK risked being ‘complacent’ about its claims to be a tolerant society.

It comes as thousands of people took part in Black Lives Matter (BLM) demonstrations across the country on Saturday following the death of George Floyd in Minneapolis, with more demonstrations planned in London, Bristol, Glasgow and Edinburgh this afternoon. 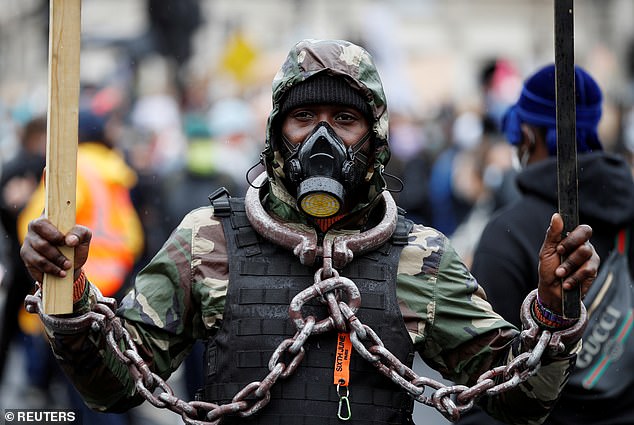 Mr Javid, who also previously served as home secretary, said the UK must ‘not pretend’ that it does not have ‘substantial obstacles’ to overcome in regard to integration and opportunity.

‘There are still parts of society that are more concerned about the status quo than justice and humanity,’ he wrote.

The 50-year-old Conservative MP for Bromsgrove said racism can occur anywhere in the world, adding that a ‘new ambition’ was needed to ‘break down barriers’ in Britain.

‘The Government can and must do more to address racial inequalities in our society,’ Mr Javid wrote.

‘As with all large-scale, systematic challenges, only the Prime Minister is capable of driving real change – and I know he cares deeply.’

He said there was a ‘greater disproportionality’ of black people in prisons in the UK than in the US, and that while abuse directed at officers was unacceptable, the police service ‘still has a way to go’.

However, he said Britain was the ‘most successful multi-ethnic democracy in the world’.

Mr Javid said when he was younger, he had been unable to get a job in the City ‘because of my class and the colour of my skin’, and instead moved to New York in his 20s. 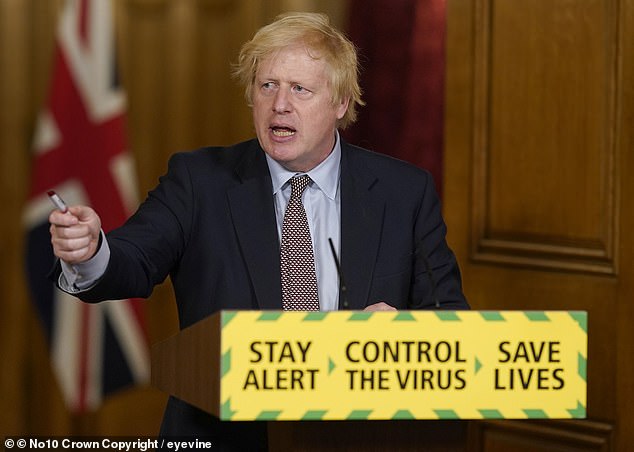 Earlier this week, the PM, pictured, said he was ‘sicked’ by the death of George Floyd in Minneapolis on May 25, which has led to worldwide protests

Aged 25, he became a vice president at Chase Manhattan Bank, before later moving to Deutsche Bank in London.

Protests have been held across the UK and the US in response to the death of Mr Floyd, 46, who died after a white officer held him down by pressing a knee into his neck on May 25.

At a memorial to Mr Floyd in Minneapolis on Thursday night, US civil rights leader the Rev Al Sharpton said he was more ‘hopeful today than ever’ about the fight against racism after seeing marches in London and Germany.

Citing the Bible, he said: ‘I’m more hopeful today than ever. Why? Well let me go back. Reverend Jackson always taught me stay on your text, go back to your text Ecclesiastes – there is a time and a season.

‘And when I looked this time, and saw marches where in some cases young whites outnumbered the blacks marching, I know that it’s a different time and a different season.

The Prime Minister came under pressure to halt exports of riot control gear to the US after President Donald Trump called for American authorities to ‘dominate’ protesters and threatened to deploy the military. 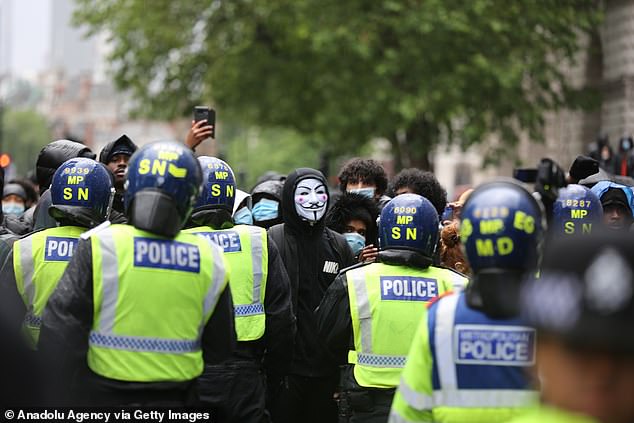 Commenting on the controversy, Mr Johnson said: ‘We mourn George Floyd and I was appalled and sickened to see what happened to him.

‘And my message to President Trump, to everybody in the United States from the UK, is that I don’t think racism – it’s an opinion I’m sure is shared by the overwhelming majority of people around the world – racism, racist violence, has no place in our society.’

He said people had the right to protest but added: ‘I would urge people to protest peacefully, and in accordance with the rules on social distancing. Everybody’s lives matter, black lives matter, but we must fight this virus as well.’

On Wednesday, during Prime Ministers Questions, Mr Johnson said: ‘Of course black lives matter and I totally understand the anger, the grief that is felt, not just in America but around the world and in our country as well.’

Labour leader Sir Keir Starmer urged Mr Johnson to speak to Mr Trump and ‘convey to him the UK’s abhorrence about his response to the events’.

The SNP’s Westminster leader Ian Blackford pressed the Government over the export of riot control equipment from the UK to the US, calling for an urgent review.

‘The UK exports millions of pounds of riot control equipment to the US, including tear gas and rubber bullets,’ he said.

‘The Prime Minister must have seen how these weapons are used on American streets.’

Mr Johnson responded: ‘I’m happy to look into any complaints but as he knows all exports are conducted in accordance with the consolidated guidance and the UK is possibly the most scrupulous country in that respect in the world.’