No10’s scientific advisers relied on unverified data from Wikipedia to help steer Britain through the coronavirus crisis in spring, an explosive new documentary has claimed.

Members of the Government’s Scientific Advisory Group for Emergencies (SAGE) admitted early virus modelling was based on figures from the online encyclopedia, which can be edited and managed by members of the public.

SAGE called for the first national lockdown, which had far-reaching ramifications for almost every sector of society.

One prominent Oxford University scientist told MailOnline using Wikipedia to guide Britain through the crisis was ‘absolutely unacceptable’, describing it as a ‘damning reflection of our lack of preparedness’.

The new documentary ‘Lockdown 1.0 – Following the Science?’, which airs on BBC Two tonight at 9pm, also revealed that SAGE did not have a single expert in human coronaviruses in its ranks in early spring.

Professor Ian Hall, deputy chair of the SAGE subgroup SPI-M, said: ‘The public may be surprised that we were using Wikipedia to get data very early on in the pandemic, but that was really the only data that was publicly available that we could access.’

Liverpool University Professor Calum Semple, a member of another SAGE sub-committee called NERVTAG, added: ‘Quite a few of us had read the literature for SARS and MERS but there was no particular specialist who has just focused their entire life on human coronaviruses.’

Another SAGE expert said the quality of Covid data in Britain in the lead up to March was weaker than that from previous epidemics in developing countries, namely the Ebola outbreak in the Congo. 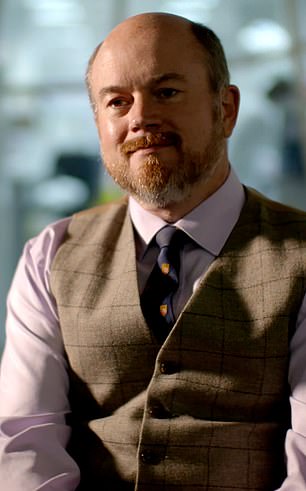 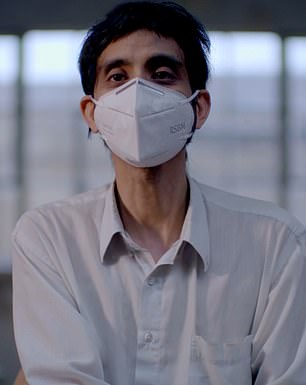 Professor Mark Jit, an epidemiologist and member of SAGE subgroup SPI-M, said Number 10’s scientists used patchy data in the UK along with hospitalisations in China and Northern Italy to inform their modelling

Ministers repeatedly claimed they were ‘following the science’ after making tough and detrimental decisions from locking down to advising against face masks.

But the fact the scientific advice was based on patchy data and delivered by experts operating outside of their field will raise concerns about how sound the science was.

Reacting to the documentary, Professor Carl Heneghan, director of the University of Oxford’s Centre for Evidence-Based Medicine, told MailOnline: ‘The fact they used Wikipedia for their models is just completely unacceptable. You’ve got to use verified data.

‘I cannot imagine a scenario where any scientist should be turning to Wikipedia – the thing about models is it’s extremely important the evidence they’re based on is as robust as it can be.

‘It reflects our lack of preparedness, there were outbreak happening in Europe that could’ve been used to inform. If they [SAGE] didn’t understand the data or couldn’t access it they should’ve been in touch with public health officials abroad to understand them.’

Professor David Matthews of the University of Bristol, a virologist who is not part of SAGE, is one of only a handful of human coronavirus experts in the UK.

He told the BBC he expected a phone call from the Government at the start of the year when the pandemic started to spiral because his department was the only one in the country studying human coronaviruses at the time. 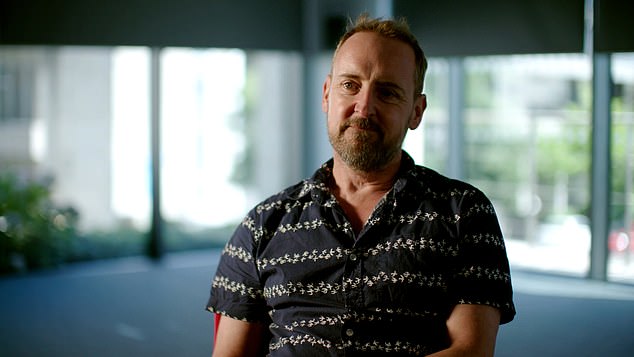 Professor David Matthews of the University of Bristol, a virologist who is not part of SAGE, is one of only a handful of human coronavirus experts in the UK. He told the BBC he expected a phone call from the Government at the start of the year when the pandemic started to spiral – but it never came 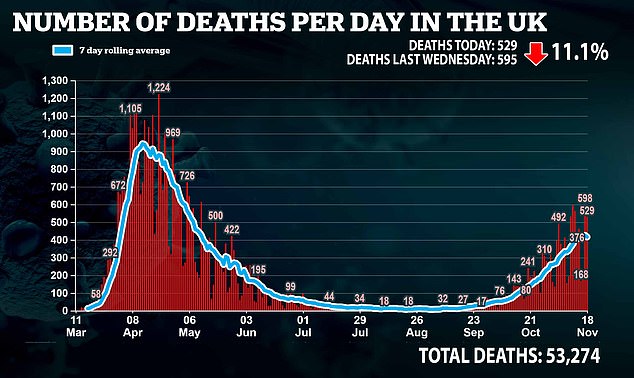 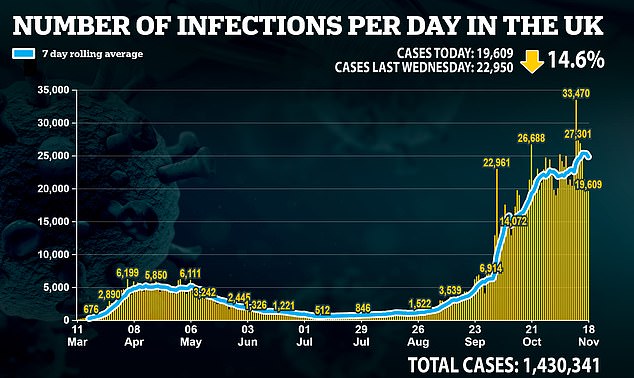 The benefits of England’s second lockdown may have been nullified due to Number 10’s decision to announce the intervention five days before enforcing it, a top expert has warned.

Boris Johnson revealed the country was retreating back into a national shutdown on October 31 to ‘reset’ the epidemic and give hospitals extra breathing room heading into winter – but the measure did not come into effect until November 5.

The UK Government was forced to announce the second lockdown on Halloween after news of the intervention was leaked to newspapers the night before. It is unclear when Mr Johnson had planned to break the news officially. 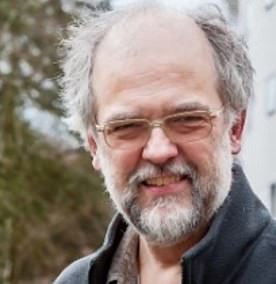 Professor Paul Hunter, an epidemiologist at the University of East Anglia, fears the effects of England’s second coronavirus lockdown could be nullified

But it led to a frenzy of Brits rushing to pubs and restaurants for a pre-lockdown blowout that has been blamed for a slight uptick in new Covid-19 infections and hospitalisations.

Professor Paul Hunter, an epidemiologist at the University of East Anglia, said the increase in social interactions had fuelled a mini-Covid resurgence after weeks of plateauing infections. He fears the entire month-long lockdown will be spent undoing the damage caused by the five-day delay.

Professor Hunter told MailOnline: ‘Both case numbers in UK (which had levelled off pre-lockdown) and hospitalisations in England (which were starting to level off) have surged again.

‘I can’t think of what else could have driven this surge than increased social mixing in the five days before lockdown two.

‘I doubt we will see declines as rapidly as during April/May, so it may well take the most/all of this lockdown to reverse the impact of this pre-lockdown surge on cases and hospitalisations.’

Professor Hunter said whoever leaked the lockdown from inside Number 10 ‘will have contributed to a proportion of the unnecessary cases, hospitalisations and deaths’.

Professor Matthews said: ‘You have to remember there are not many corona virologists in the UK at all.

‘I half expected someone in the government to say, “Is there anybody who’s got a containment facility and working on dangerous human coronaviruses right now?” And that didn’t happen.’

By the middle of March, it became clear that the official number of daily cases being reported by the government – around 450 – was incorrect.

But the true number of infections occurring remained a mystery because of a lack of widespread testing.

Professor Mark Jit, an epidemiologist at the London School of Hygiene and Tropical Medicine and member of SPI-M, said the group used data from Wikipedia in the UK along with hospitalisations in China and Northern Italy to inform their modelling.

Professor Jit said: ‘We were predicting that there were probably close to 100,000 cases each day.

‘This was extremely worrying because 100,000 new cases would mean that about a week later we would get 20,000 new hospital patients a day.’

SAGE’s most infamous and heavily scrutinised model forecasted 500,000 Covid-19 deaths in the UK during the first wave. However, it’s unclear how much – if any – data from Wikipedia was used by the team at Imperial.

The doomsday report published on March 16 by Imperial College London’s Covid-19 Response Team predicted that death rates could soar if coronavirus wasn’t controlled in the UK.

Britain’s virus death toll currently stands at more than 10 per cent of what it could have been without any action – between 50,000 and 60,000.

The model is thought to have been one of the drivers factors which spooked officials into enforcing the national lockdown on March 24.

Critics, including Professor Heneghan, have repeatedly warned that public confidence has been eroded during the crisis because of flawed data used to usher in detrimental policies.

The Oxford scientist told MailOnline: ‘We’ve never been able to trust these models because they’ve been wrong every time and even now they are unreliable.’

Dr Nick Davies from the London School of Hygiene and Tropical Medicine, and a member of SPI-M, said the NHS data some modellers were using to predict the virus’ growth was ‘in some cases up to a week old’ by the time they were accessing it.

‘That was the first time when I started to feel like things really were not in control,’ he said.

Dr Thibaut Jombart, an academic at Imperial College London and member of SPI-M, said basic epidemiological information was missing from Covid data in the UK early in the year.

Dr Jombart, who spent six months in the Democratic Republic of Congo fighting Ebola, said the Covid data situation was ‘less good in the UK’ than the Ebola data in the African nation.

A Department of Health and Social Care spokesperson said: ‘This is a new virus and an unprecedented global pandemic and our priority from the outset has been to save lives.

‘We have been guided by the advice of experts from SAGE and its sub-committees and our response helped to ensure the NHS was not overwhelmed.’

A report on September 1 by the Institute for Government concluded that ministers did not take responsibility for decisions made during the initial response to the coronavirus pandemic.

The think-tank said Downing Street ‘lacked a wider sense of strategy’ at times and relied too heavily on scientific advice despite there being an ‘absence of scientific certainty’.

The report said: ‘Ministers made much of “following the science”, but it is not enough to use evidence.

‘Ministers and civil servants also need to understand the limitations of both the evidence base and the forums through which it is channelled, and, difficult as it might be, ministers must be prepared to act in the absence of scientific certainty.

‘Failure to do so now seems likely to have cost a significant number of additional lives, and contributed to the UK suffering the highest excess death rate in Europe over the period to the end of May.’

Sarah Nickson, researcher at the IfG, said: ‘Poor decision making is not an inevitable consequence of a crisis. But in a fast-moving situation, there may be little time or opportunity to fix early mistakes.

‘That means that consulting fast and considering implementation at the outset are all the more crucial.’

Alex Thomas, programme director at the body, said: ‘The best decisions are made when the Government knows not just what it wants to do, but why it wants to do it.

‘At times, during its early response to the pandemic, the Government lacked a wider sense of strategy. Greater focus on why it was taking decisions – ultimately to save lives – would have led to better outcomes all round.’

It is the second big report into the Government’s handling of the Covid-19 crisis.

The National Audit Office published its findings in June and was heavily critical of ministers’ handling of the pandemic.

It found that NHS hospitals discharged 25,000 people into care homes during the peak of Britain’s Covid-19 crisis without testing them for the coronavirus.

The NAO said care homes were overlooked in order to protect the NHS.

The NAO’s report also revealed that plans to distribute personal protective equipment (PPE) were hampered because officials ignored warnings in 2019 to stockpile gowns and visors – and didn’t have enough of them when the need arose.

This resulted in less than half of the necessary equipment being available to healthcare workers on the frontlines of the crisis.