Professor Stephen Reicher, a member of SAGE, likened people’s former indifference to being hit by their parents to the supposed lack of concern about catching the virus

One of the Government’s most out-spoken scientific advisers has likened catching Covid to child abuse.

Professor Stephen Reicher, a member of an influential SAGE sub-group, compared society’s former indifference to parents beating their children to the supposed lack of concern about the virus’s long-term harms.

The psychologist, from the University of St Andrews, tweeted: ‘Years ago, we used to hear “my parents beat me and it didn’t do me any harm”.

‘We don’t hear that any more.

‘Nowadays many say “I’ve had Covid and it didn’t do me any harm”. As the evidence mounts, they might not be saying that in the future.’

His comments came in response to a major Cambridge University study that found being hospitalised with Covid can drastically age the brain.

Severely ill patients can suffer problems with their thinking and memory that is only comparable to ageing 20 years, the research claimed.

However, Professor Reicher faced backlash on Twitter from some who accused him of misrepresenting the findings — based on hospitalised patients at the start of the pandemic, when the virus posed a much graver threat.

Covid now causes a mild illness for the majority, thanks to the build-up of immunity from vaccines and numerous waves as well as the milder nature of Omicron. 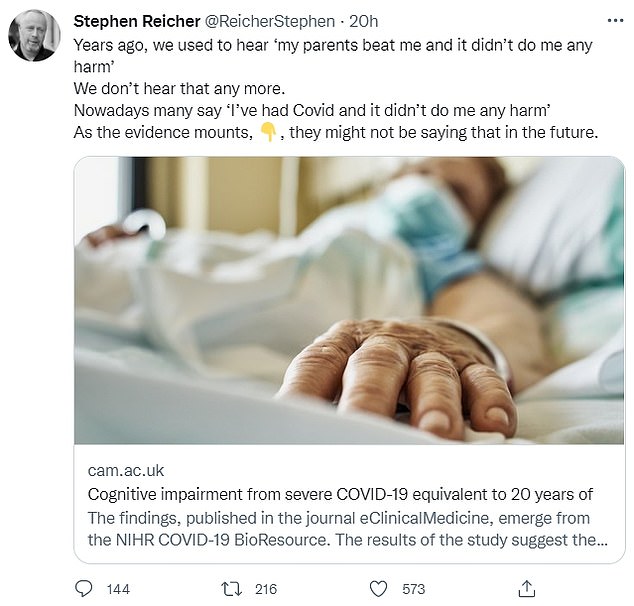 Covid hospital admissions plunge below 1,000 for first time since CHRISTMAS as Britain’s wave continues to fizzle out

Fewer than 1,000 people are now being hospitalised with Covid every day as Britain’s wave continues to recede naturally.

It marks the lowest daily admission count since December 11 — before Omicron started to take hold, according to the UK Health Security Agency data published yesterday.

NHS counts (798 new virus-infected patients) were down by a third on the previous week while deaths fell by 25.3 per cent, despite the country no longer having any restrictions in place.

But case numbers logged by the central testing scheme are becoming increasingly unreliable now that free swabs have been stopped for the vast majority of Britons. Experts and Tory MPs have called for the Government to ditch the daily updates as the final part of the ‘living with Covid’ strategy.

In a sign that the constant virus updates may finally be on the way out, officials yesterday confirmed vaccine figures will no longer be published daily. Instead, counts will be published every Monday.

But dozens of studies have warned about the long-lasting effects of being infected, including damage to brain, heart and lungs.

Professor Reicher sits on the SAGE subcommittee SPI-B, which provides Covid-related behavioural science advice to No10.

It previously warned against ditching self-isolation, masks and mass-testing, warning it could create ‘anxiety’ and disproportionately affect poor people.

Professor Reicher is also a member of Independent SAGE, a pressure group that only recently stopped calling for a Chinese Communist Party-style ‘Zero Covid’ policy.

Indy SAGE called for a full nation-wide lockdown over Christmas in response to Omicron but quietly softened its stance when that wave proved to be mild.

In response to his tweet, Dr Sunil Bhopal, a paediatrician from Newcastle University, noted that being hospitalised with Covid at the start of the pandemic was ‘very bad for you’.

But he said extrapolating the figures in ‘2022, post-vaccine’ was a reason why Independent SAGE ‘can’t be trusted’.

Dr Mike Casey, a GP in east London, accused the group of lobbying to make sure ‘my kid’s school was kept closed’.

Andy Doyle, a search and rescue helicopter pilot, tweeted: ‘I know people who are literally too scared to leave the house. So sad.

‘For scientists and psychologists to twist and misrepresent data is unforgivable.’

At least seven in 10 people in England have already had Covid, according to official estimates.

But experts believe the true toll is even greater, with infections soaring to pandemic highs in April.

However, days of a thousand-plus deaths have been consigned to history. The virus now poses a similar threat as seasonal flu, commentators insist.

The Cambridge scientists tested the cognitive skills of 46 patients with an average age of 51 who required NHS care when infected with the virus in 2020. A third were hooked up to ventilators. 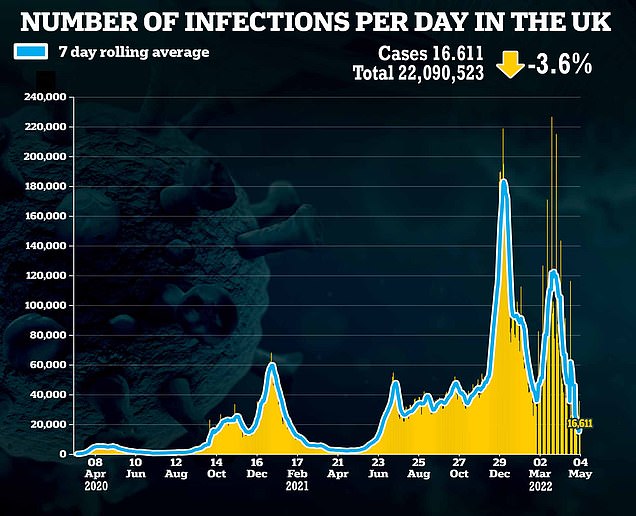 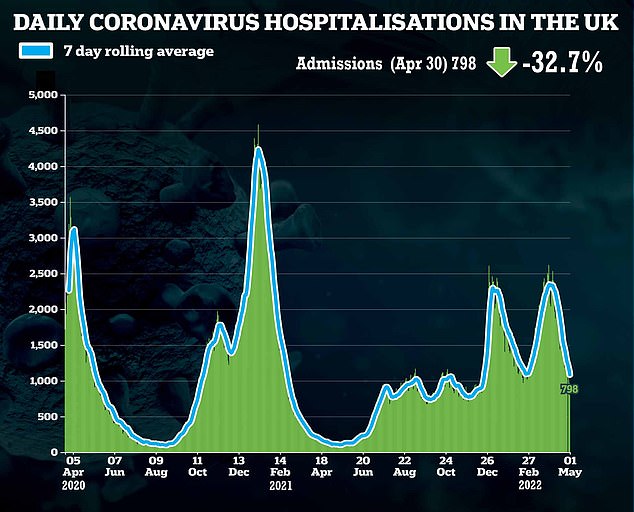 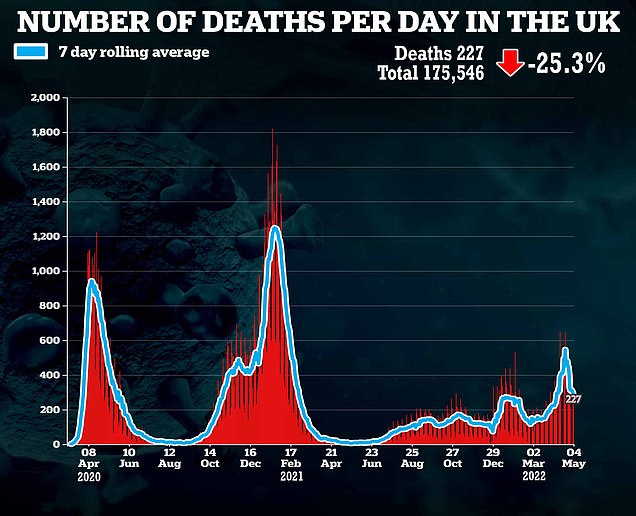 They underwent a range of memory, attention and reasoning tests six months after their illness.

Comparing their results against those from 66,000 members of the general public showed the virus survivors had less accurate and slower response times.

While the patients had shown some ‘gradual’ cognitive improvement 10 months after their illness, the authors said some may never fully recover their prior intelligence.

Their cognitive decline was similar to that seen normally as people age from 50 to 70 — the equivalent of losing roughly 10 IQ points, the researchers said.

They also warned that millions who suffered a milder version of Covid could also be impacted, although to a lesser extent.