Furious customers of funeral plan firm Safe Hands, which went bust in March, face being charged thousands of pounds extra when they thought they’d already paid for their funerals.

Around 46,000 people had paid the company up to £4,195 to ensure their loved ones would not be hit with bills when they died.

When Safe Hands collapsed into administration earlier this year, rival provider Dignity promised to ‘protect’ the Wakefield-based group’s customers and honoured all funerals for six months.

Extra costs: Many Safe Hands customers are furious at the thought of having to fork out up to £2,625 for another funeral plan

So far it has covered the cost of 481 Safe Hands funerals, but from next month this scheme will end. Dignity and Co-op have now written to those affected, offering them exclusive discounted plans. But many customers are furious at the thought of having to fork out up to £2,625 for another plan.

Some say they simply cannot afford it — and they have been left with the prospect of having no funeral savings at all and a Safe Hands refund that could be less than £200.

Audrey, 84, and Edward Haxell, 86, paid £6,350 in total for their Safe Hands plans. The couple who ran a bakery together, were determined not to burden their six children with hefty funeral costs when they pass away.

And when they saw television adverts for Safe Hands in 2019, they decided to sign up.

But now, under Dignity’s discount scheme, they would have to pay another £3,888.

With a joint pension income of just £800 a month, the couple have decided to have cremations, which are cheaper than burials, instead.

Yet while Dignity offers this option for £647 per plan, the Haxells have lost faith in the sector and so their daughter Karen Dignan, 59, has put cash aside instead.

Edward, from Gosport, Hampshire, says: ‘We’ve been betrayed by a company we trusted with our money.

‘We never imagined that our cash would not be protected.’

Paul, 69, and Susan Robinson, 65, are also unable to afford another plan — even if it is discounted.

Paul, a father of three, says: ‘I felt sick when I found out we would have to pay more than £4,000 even though we’d already paid off the first one.

‘We have a household income of around £1,100 a month, and I just don’t think we can afford to pay for another plan.’

Even customers who can afford to pay have told Money Mail they are bitterly frustrated that they are having to do so.

The mother of two, from South Shields, says: ‘It’s heartbreaking to think we will have to pay more money for the same deal.’

Former pensions minister Baroness Ros Altmann says: ‘It is totally unfair that these people who had taken precautions for the future find themselves in this position, especially during a cost-of-living crisis.’

Until July 29, funeral plan providers such as Safe Hands were unregulated. But when a Financial Conduct Authority (FCA) investigation exposed evidence of mis-selling under high-pressure sales tactics, new laws brought the sector under the FCA’s remit. 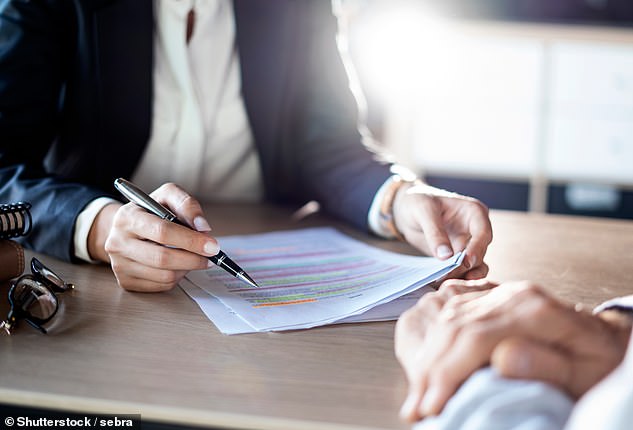 Collapse: Around 46,000 people had paid the now bust firm Safe Hands up to £4,195 to ensure their loved ones would not be hit with bills when they died

Safe Hands was one of 23 firms forced out the market as a result of the rule change after it withdrew its application for FCA authorisation.

Described in a Westminster debate as a ‘Ponzi scheme’, the company didn’t have enough in its cash reserves to refund customers in full.

At a court hearing last summer, administrator FRP Advisory revealed it had recovered only £6 million so far, while legal bills had climbed to £1 million.

If the remaining £5 million is split between all customers, they would receive only £108 on average.

Dignity has offered five plans to Safe Hands customers, while Co-op has a choice of three, with the most expensive at £2,265.

‘While no one is expecting the plans to be offered for free, families shouldn’t be charged thousands of pounds extra when they have already paid for their funerals.’

Plan holders who had partially paid for their plans using a credit card will be entitled to a full refund from their card provider via Section 75 consumer laws — including any direct debit payments.

Any payments made using debit cards may also be reclaimed via banks through so-called chargeback.

However, this will not include any subsequent payments made by direct debit.

Kate Davidson, Dignity’s chief executive, says: ‘Our offer to Safe Hands customers is delivered at cost, and Dignity will not make a profit.’

A Co-op spokesman says: ‘We have taken a lead in this terrible, unprecedented situation and have been able to propose a range of options which would offer a significantly reduced cost funeral plan to those impacted.’

Ned Ailyan, Partner at FRP and joint administrator of Safe Hands Plans Ltd, says: ‘We continue to fulfil our duties in recovering assets through the administration and, given the scale and complexity of this case, this will take some time to complete.’