A sadistic killer who stabbed his teenage victim 133 times before cutting off his head and using it as a bowling ball is expected to arrive back in Britain today after Australia deported him.

But Jones only served 15 years of that sentence and was released on parole earlier this month, before being kicked out of Australia and sent back to the UK on Monday.

Jones – who is expected to land at an airport in London today – was born in Tyneside and moved to Australia as a child. He lived in Sandgate with his parents and infant daughter at the time of the killing.

However, he never took up Australian citizenship and has now had his visa cancelled because he is ‘considered to not be of good character’. 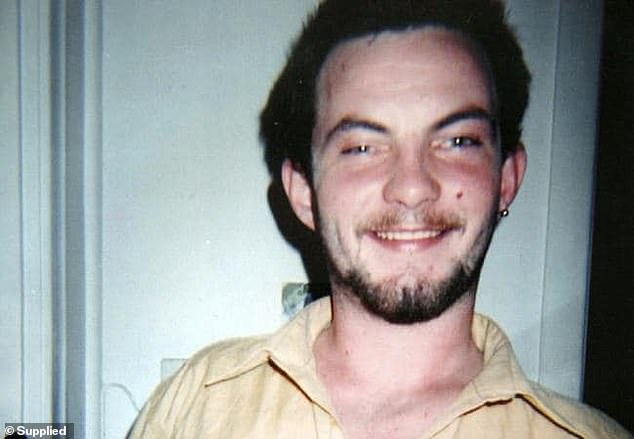 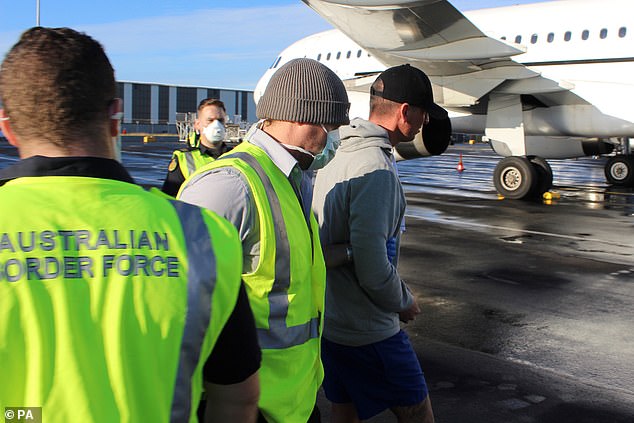 Mr Dutton said it was one of the most ‘abhorrent crimes’ in Queensland’s history and that there was no place in Australia for foreigners who murder locals.

Christopher Clark Jones was booted from Australia and sent back to the UK on Monday.

He never took up Australian citizenship and has now had his visa cancelled because he is ‘considered to not be of good character’.

All Brits need a visa before they visit Australia, and after four years in the country you can apply to become a citizen.

Jones return is one of a string of cases where Australia has sent back British criminals.

In 2005, 66-year-old Robert Excell returned after spending 37 years in jail in Australia for a string of child sex convictions.

Then in March 2008 prolific paedophile Raymond Horne, 61, was deported from Australia, where he had lived for more than 50 years.

In 2018 Arthur Greer was deported to the UK after he was granted parole from an Australian prison after serving 25 years for the murder of 14-year-old Sharon Lee Mason in Western Australia in 1992.

He moved to Australia in the 1960s and was deported It was suspected that Greer, who was originally from Belfast, killed the girl and then dismembered her body in the bathroom at the rear of the shop.

Her body parts were put into plastic bags and buried under the garden shed.

Prosecutors argued during his trial that Greer had buried the teenager’s body by pulling up the floor of a shed in his back yard and digging a deep grave. Convicted, despite his plea of innocence, he was jailed for life in 1994.

His visa permitting him to stay in Australia was revoked while he served his prison sentence.

Jones was put on to a private jet on Monday by the Australian Border Force as security contractors took him to London.

Video shows the killer removing a black cap and holding it toward the camera as he was escorted to the private jet, apparently trying to hide his identity.

‘Non-citizens who commit crimes have no right to remain in Australia and will be removed from the country as soon as possible,’ he said.

The judge who presided over the trial said the teenager’s murder was the worst case she had ever heard.

Jones had been drinking at a house rented by his co-accused James Patrick Roughan on March 29, 2005, when they got into a drunken argument with the teenager.

Morgan was living at a Brisbane youth hostel at the time and was drinking with the two older men the night he was killed.

The 17-year-old was stabbed repeatedly and was decapitated with an axe before the pair used the head as a bowling ball and a puppet.

Witnesses said the men bragged about the murder and put the victim’s head on a pawpaw tree stump.

Another friend was tricked into helping dispose of the body under the guise of selling furniture.

He only realised it was a dead body after he got out of the car and saw two legs hanging from the boot.

The 17-year-old’s headless body was found in a shallow grave in bushland at Dayboro in April 2005.

He had been wrapped in carpet, while his head was placed in a plastic shopping bag.

After burying the body the men threw their shovels off a bridge on the way home.

An anonymous tip-off days led police to the body. They also found a woodsaw, carpet and bloodstained clothes at the home where Mr Shepherd was murdered.

While neither man admitted to killing Morgan, a witness testified that Jones bragged about his crime. 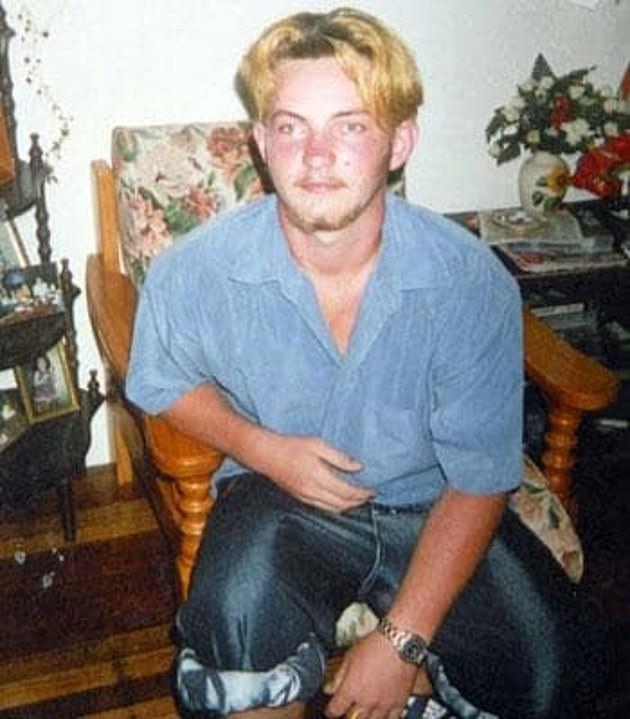 Morgan Jay Shepherd, 17, was stabbed repeatedly and had his head cut off with an axe before the pair used the head as a bowling ball and a puppet 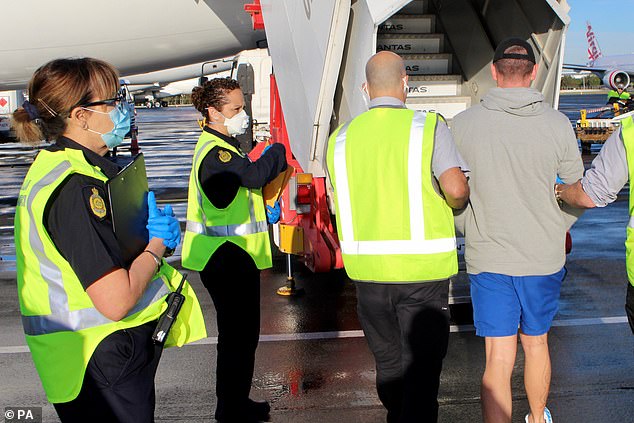 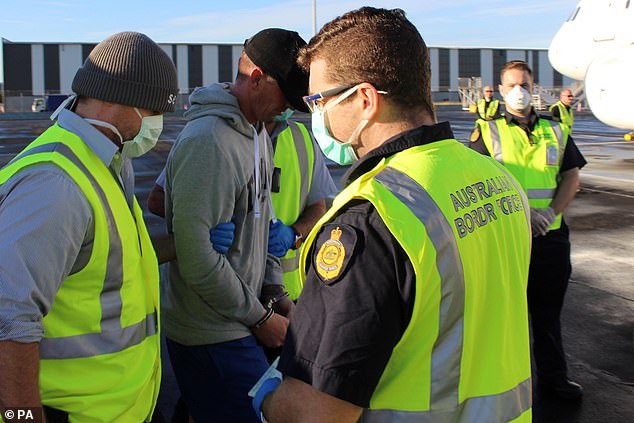 ‘Then James cut the head and Chris pulled it off. James was nodding … (he) had a little smirk on his face. Chris was making a joke of the situation.’

In 2007 a court was told the men had discussed chopping up the teenager’s body and selling it over a Woolworths supermarket meat counter.

Jones threatened his mates and said they ‘would be next’ if they did not help him bury Morgan, the court heard.

Roughan told a friend he and Jones were discussing what to do with the body when Jones said: ‘We’re gonna chop this fella up and sell him off as Woolworths meat’. 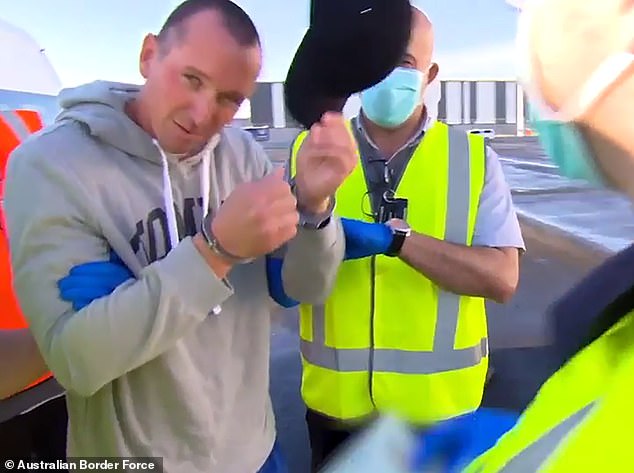 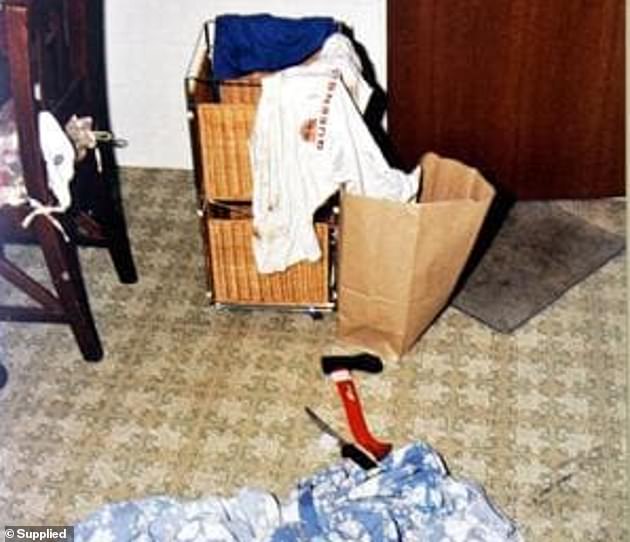 An anonymous tip-off lead police days after the murder led police to the body. They also found a woodsaw, carpet and bloodstained clothes and the home where Mr Shepherd was murdered 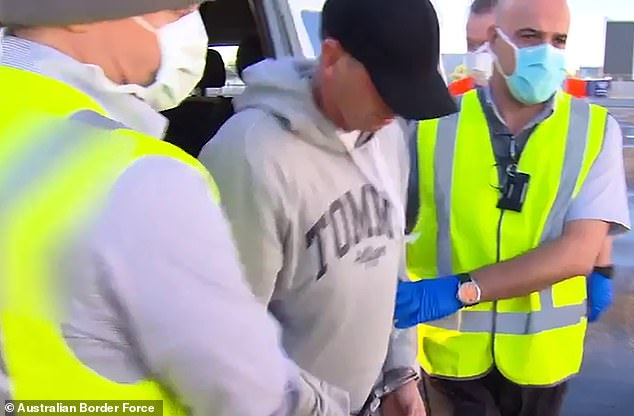 The pair also discussed cutting up the body and feeding it to sharks, but decided it was too big.

Both men were jailed for life and three other men were sentenced for helping to dispose of the corpse.

Jones unsuccessfully turned to the High Court to appeal against his conviction in 2008.