Sadiq Khan today said it was ‘really offensive’ to suggest people working from home during the coronavirus pandemic are not as productive as those in an office, and called on the Government to ‘get a grip’ of the crisis.

The Mayor of London made the comments while with a group of 80 key workers invited to play tennis at Wimbledon as part of efforts to thank them for their work during the height of the pandemic.

Photographs and videos showed the 49-year-old mayor hitting forehands and backhands on a grass court and posing for the camera in a celebratory manner while playing with the group this morning.

It comes as he faces intense criticism for his handling of the Covid-19 crisis – including major concerns over his anti-car strategy, with motorists calling for traffic restrictions imposed amid the pandemic to be scrapped.

He has also been slammed for reducing Underground services, increasing the congestion charge and presiding over perceived structural flaws within Transport for London that saw it given a £1.6billion Government bailout. 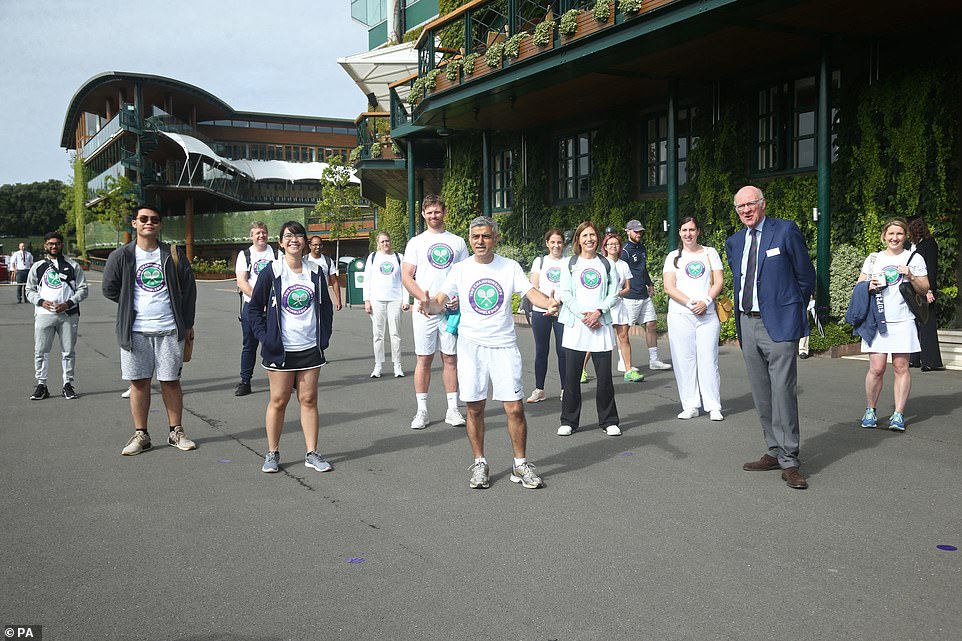 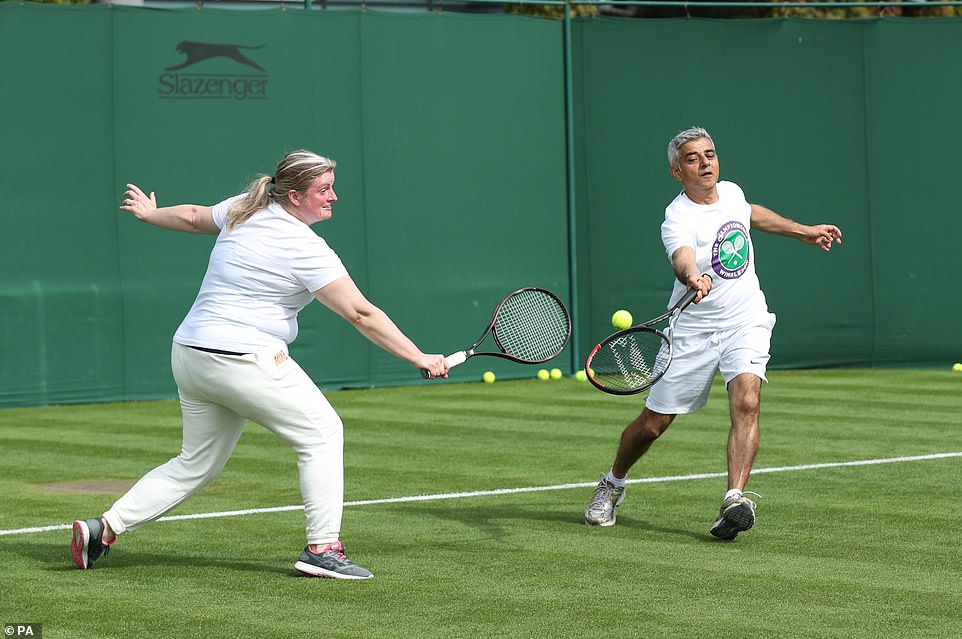 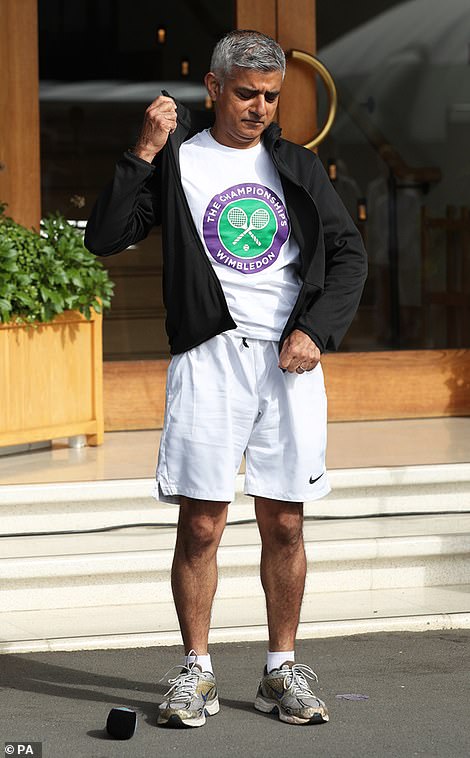 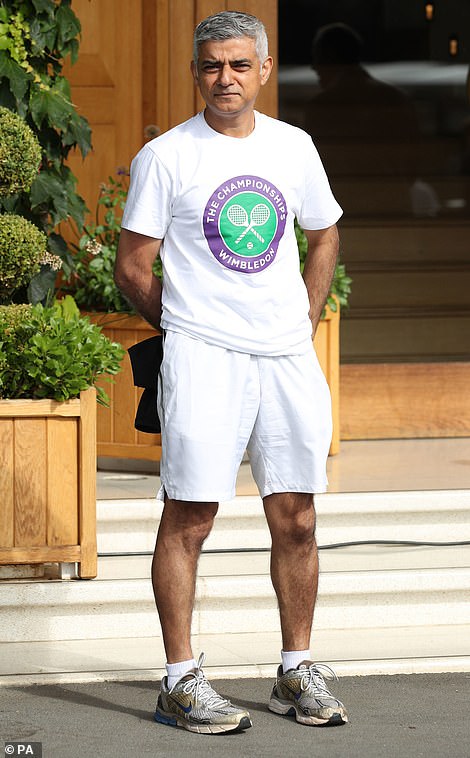 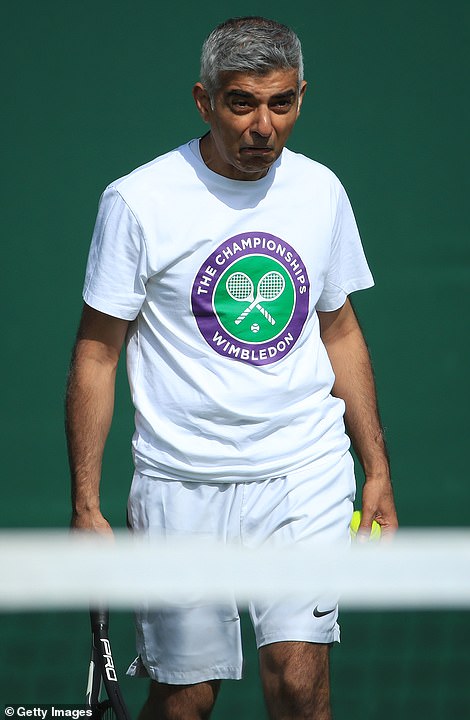 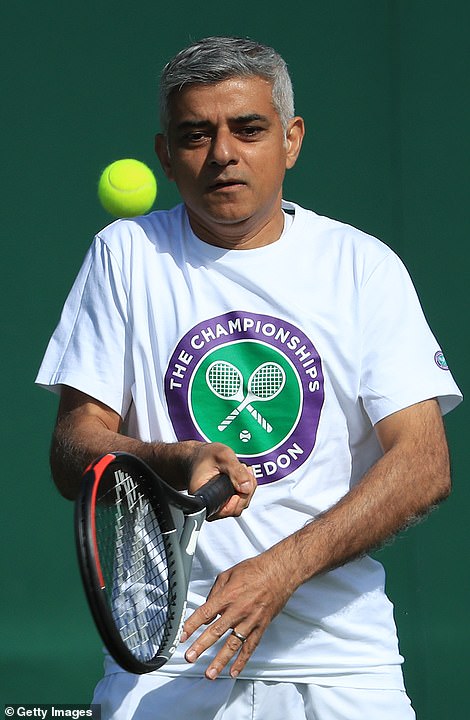 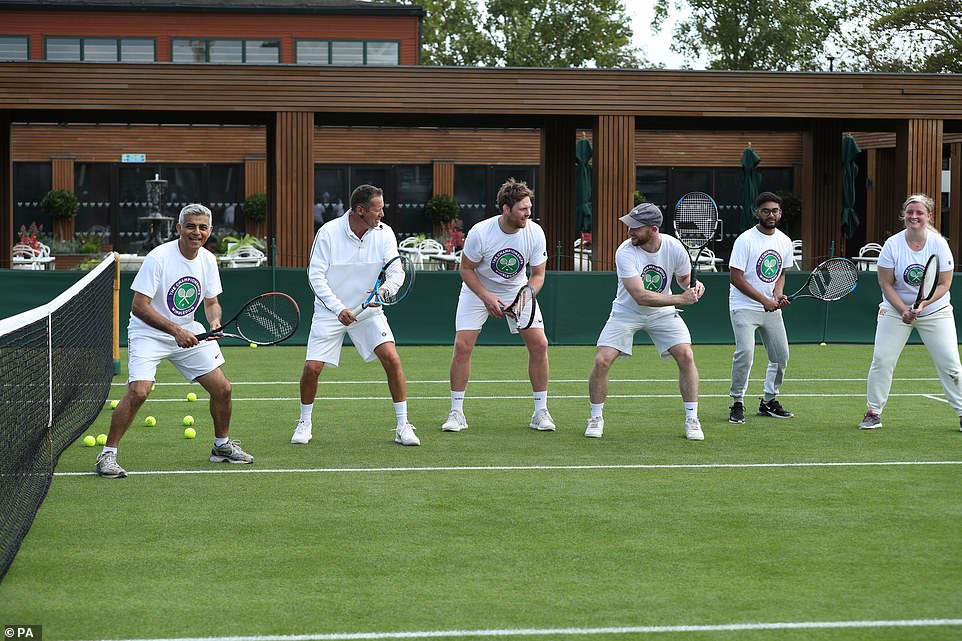 Speaking at the All England Lawn Tennis Club this morning, Mr Khan criticised recent suggestions that employees should stop working from home and go back to their offices to be productive.

‘They’ve been following the advice, which is to avoid the virus spreading, work from home where it’s possible to do so, avoid public transport, particularly during the rush hour.’

Downing Street has denied the existence of a Government ‘back to work’ campaign but said employers are to be reminded how to make workplaces Covid-safe in a bid to increase office numbers.

Figures from the Office for National Statistics have suggested an increase in people travelling to work in the last two months, with fewer working exclusively from home. 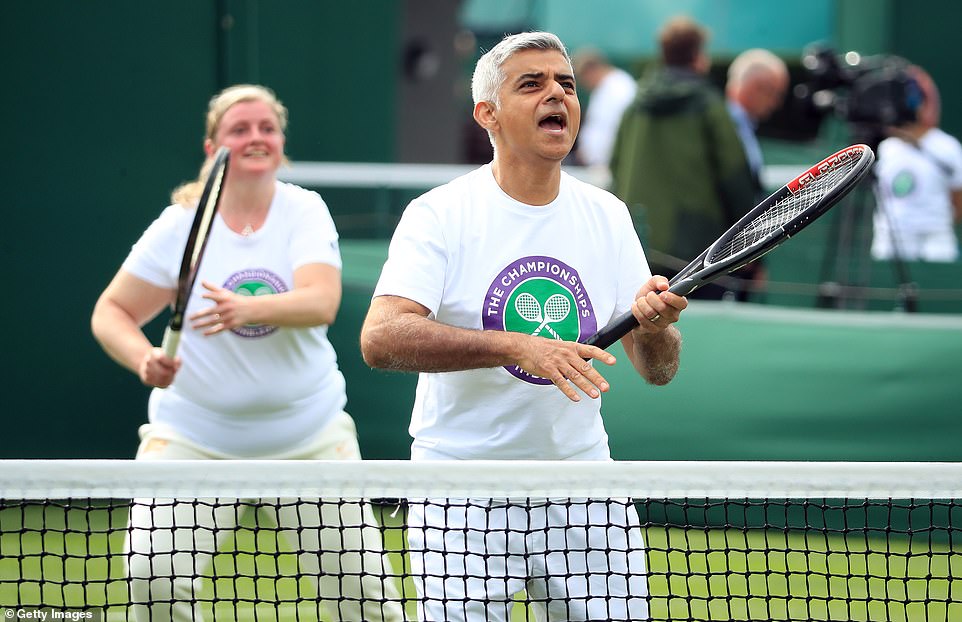 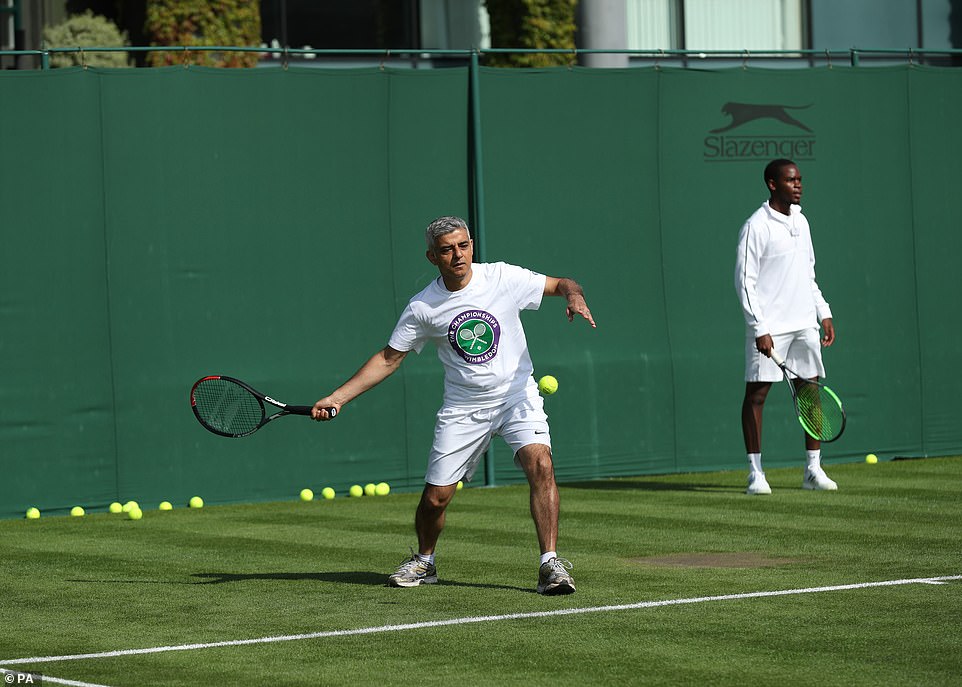 Mr Khan plays tennis during today’s event to thank members of the NHS, TfL and care workers for their recent service 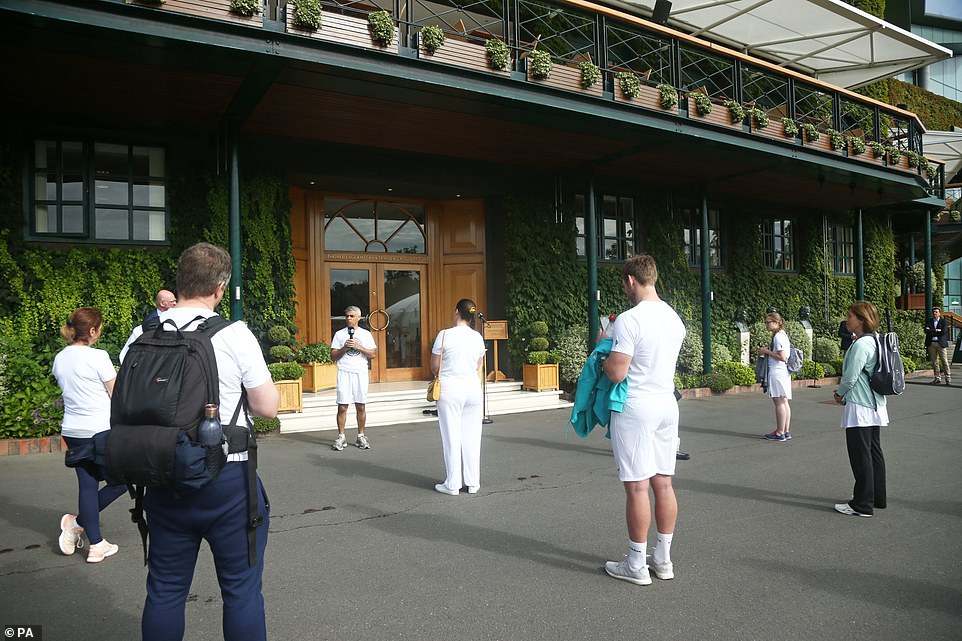 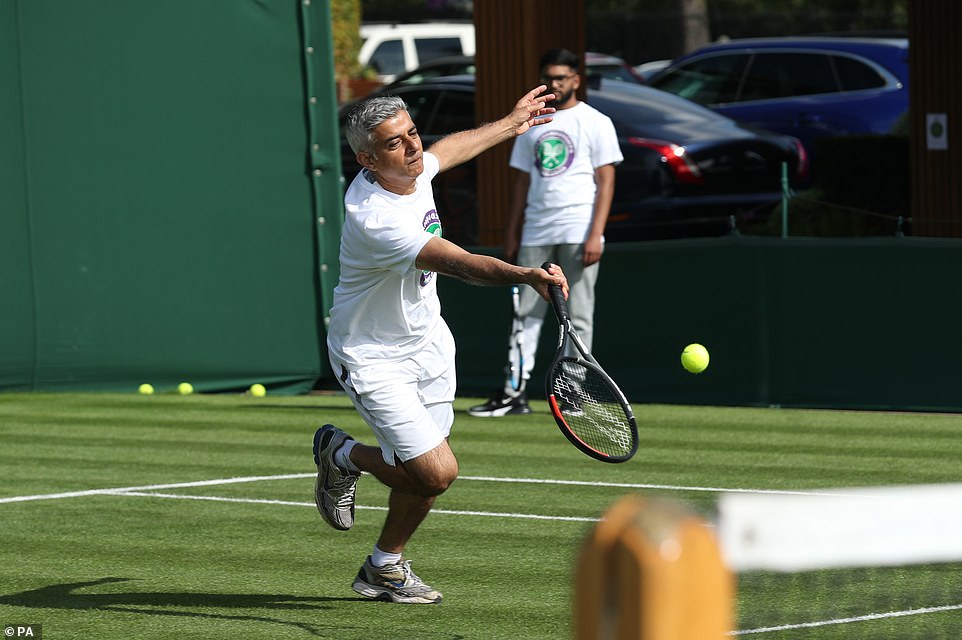 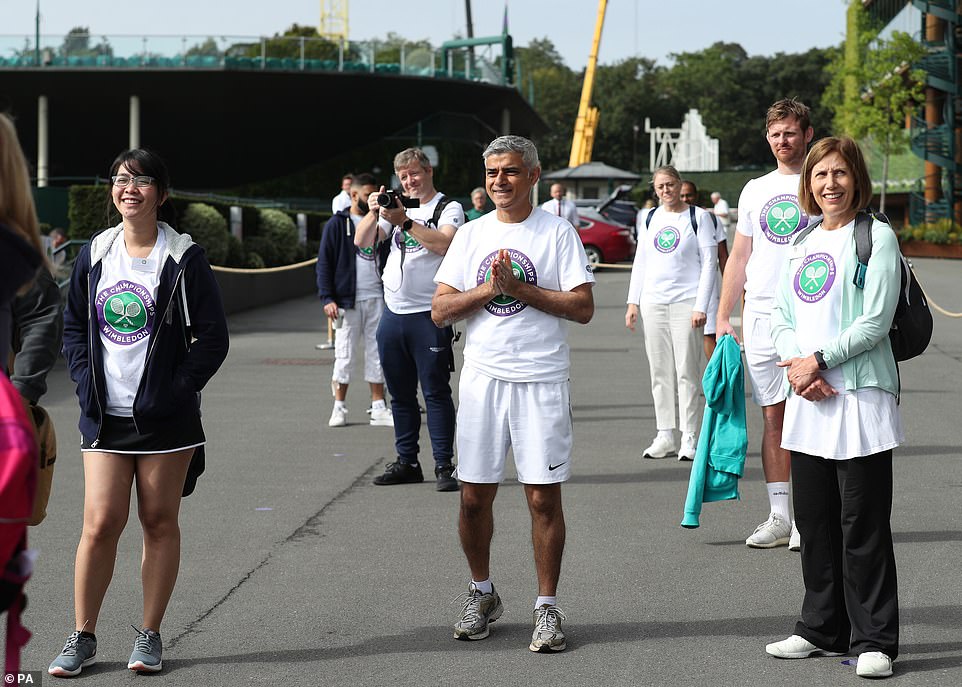 The Tooting-born mayor added that while employers should have made reasonable adjustments to make workplaces safe for staff, social distancing requirements will mean not all employees will be able to return.

Mr Khan visited Wimbledon as the AELTC invited staff from the NHS, London Ambulance Service and Transport for London who were nominated for the Rally Together programme organised by City Hall and Wimbledon.

Over two days at the prestigious venue, the nominees will play on the championship fields as well as receiving a tour of the usually private grounds, to thank them for their service.

Mr Khan said: ‘They’ve made huge sacrifices over the last few weeks and months, often literally putting their lives on the line to keep us safe, to treat us, but also to keep our transport running. 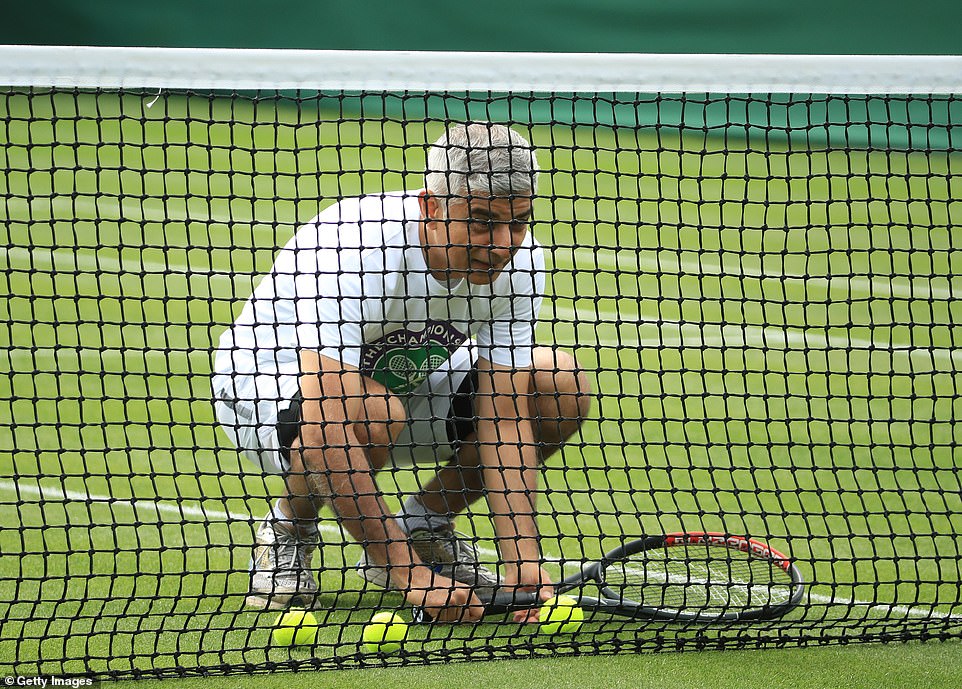 Mr Khan’s office organised the event for workers from the NHS, Transport for London and the London Ambulance Service 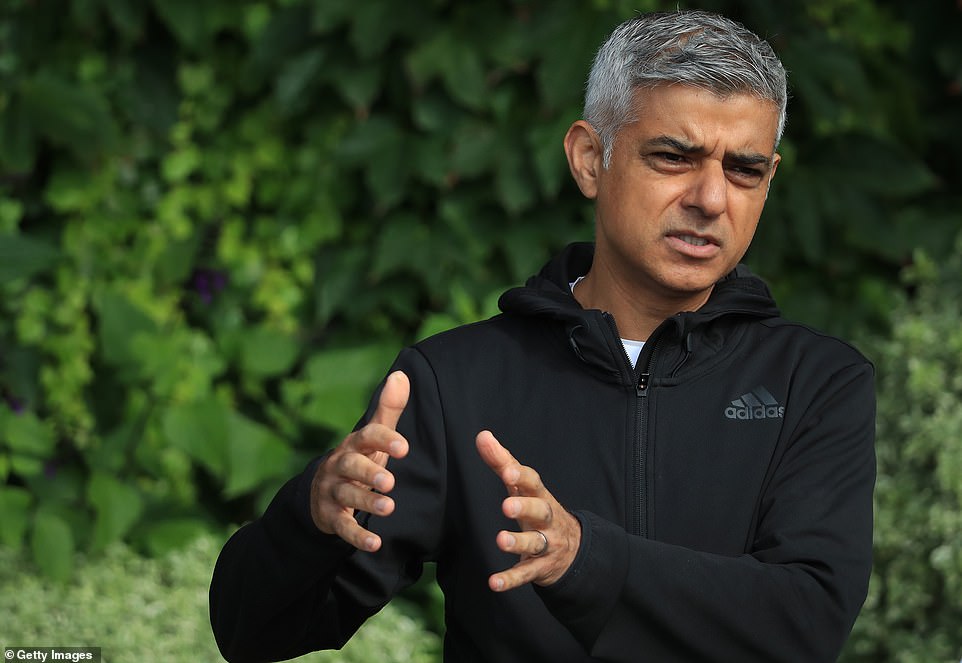 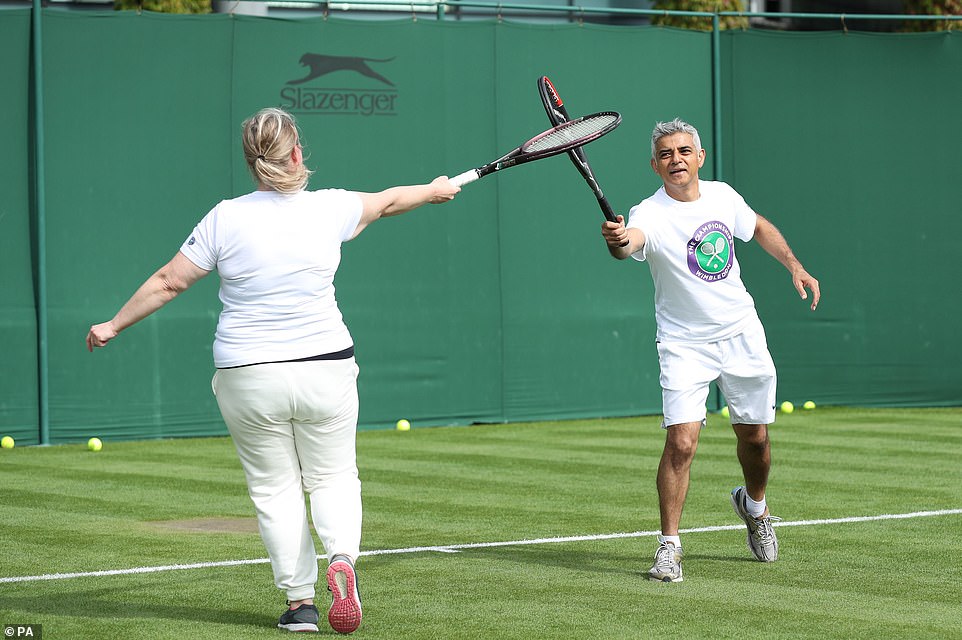 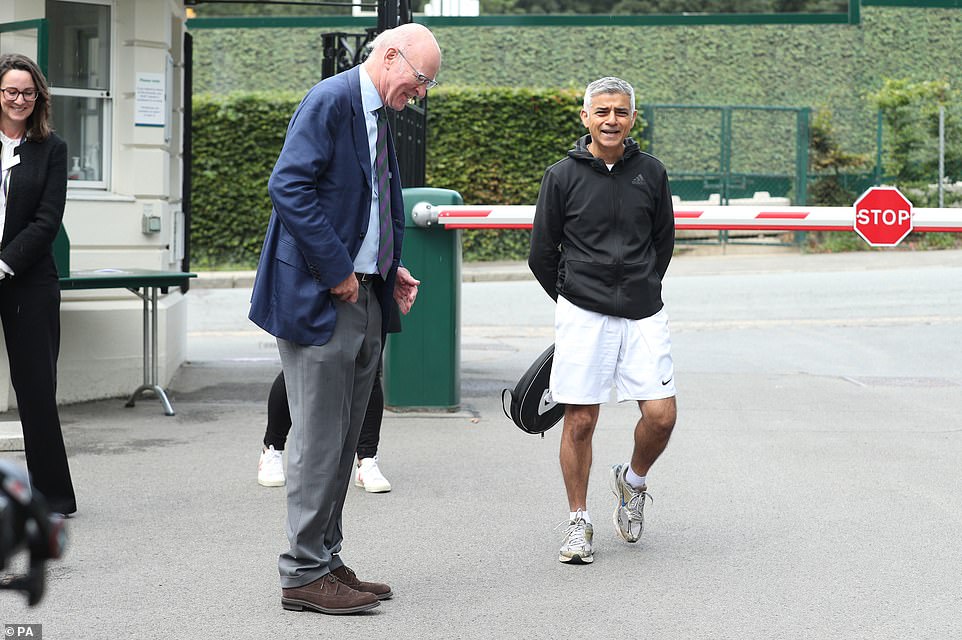 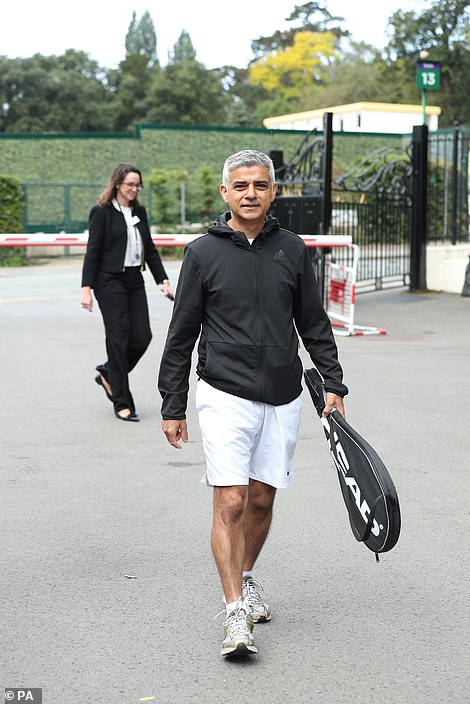 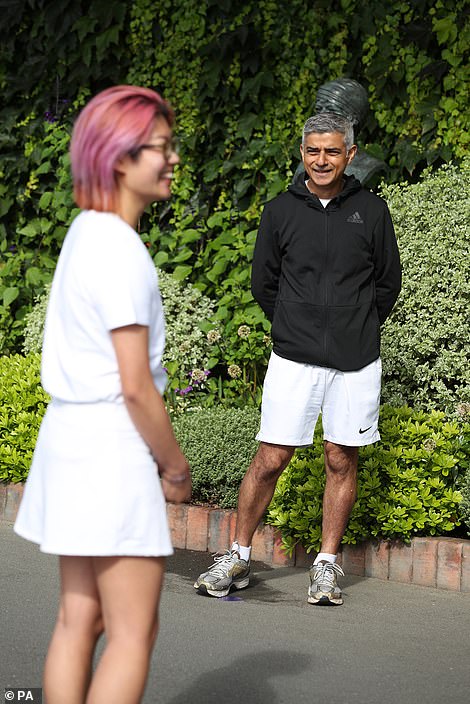 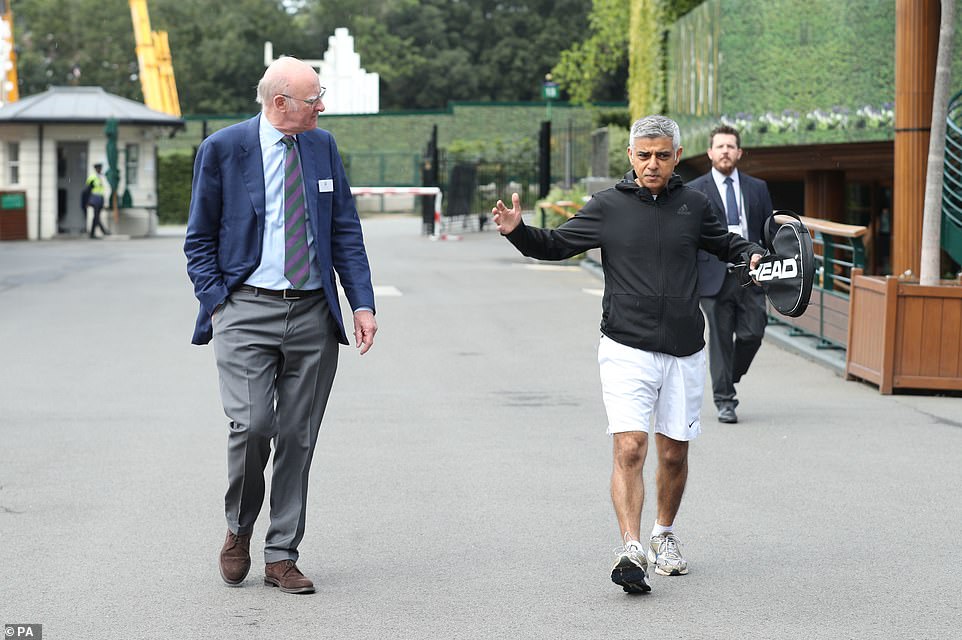 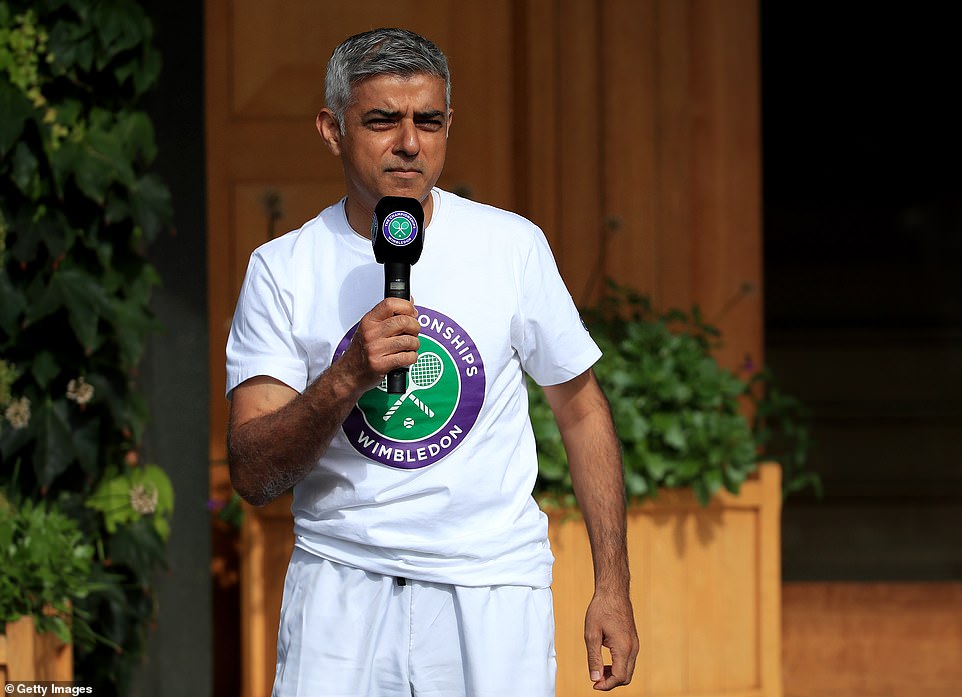 ‘The bad news is we’ll need them again in the near future with the possibility of a second wave and so this is our chance to thank them and let them have a day off from the stresses and strains and anxieties of the virus.’

He said the Government had a lack of control of ‘basic’ measures such as testing and expressed concern over a possible second wave.

He said: ‘We’ve got examples of Londoners who request the test being sent as far away as the Isle of Wight and Cardiff, examples of not enough people who have been in close proximity to the virus being contacted and traced, we’ve got issues around the app.

‘It’s really important, we’re now in September, the Government gets a grip so we can avoid a second wave that could overwhelm the NHS and lead to a second lockdown.’