By Kellie Chudzinski For Dailymail.com

It has been 10 years since Ryan Seacrest was joined by the original American Idol hosts on TV.

But the radio personality revealed he ‘would be interested’ in reuniting with the OG panel, to People on Friday.

His revelation came just days after Simon Cowell announced that his ‘one wish’ would be to work with his original co-stars Randy Jackson and Paula Abdul.

Get the band back together: Ryan Seacrest revealed he ‘would be interested’ in reuniting with the original American Idol panel, to People on Friday

The 44-year-old wasn’t present for the American Idol reunion on the Kelly Clarkson Show but managed to videochat in.

Of the experience he told the mag: ‘After seeing us in one place again and realizing the craziness that was and the chemistry that still is still there? I think it would be pretty fun.’

Ryan continued: ‘I would be interested if we all were into it to do it together. I think it’d be fun.’

The show originally from 2002-2016 on Fox and was brought back on ABC in 2018. Ryan Secreast has hosted every season of the show and recently said he would be returning for the upcoming season. 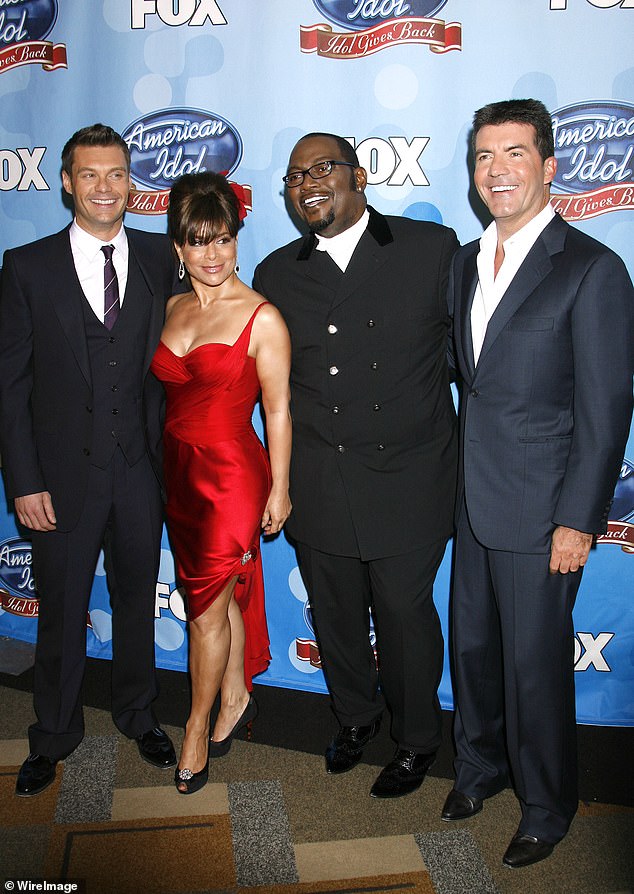 The OGs: Ryan has been hosting the show since 2002, when the judges were Paula Abdul, Randy Jackson and Simon Cowell

‘American Idol’ has been my home for 17 seasons and I can’t wait to return to the stage,’ he said according to AOL.  ‘It’s the greatest gift to be able to play a part in discovering new talent with a franchise that has been such a relevant part of American culture for so many years.”’

The three judges reunited with the season one winner on Wednesday when they joined her new talk show.

While speaking to Kelly the America’s Got Talent judge lamented he wished he could do another show with the original judges in an effort to recapture lightning in a bottle.

The music executive acknowledged he wasn’t out to recreate the ratings, but the talent that appeared during their era of the show. 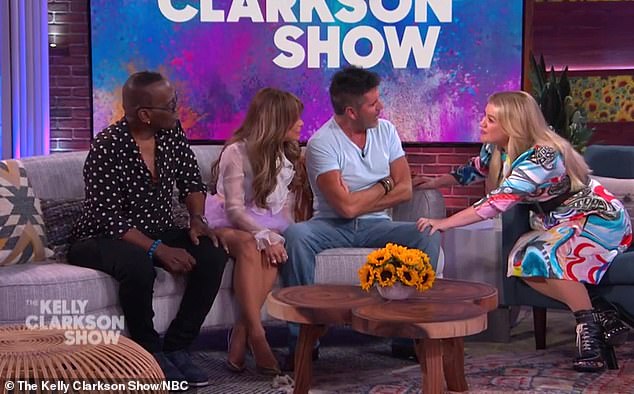 My one wish: His revelation came just days after Simon Cowell announced that his ‘one wish’ would be to work with his original co-stars Randy and Paula 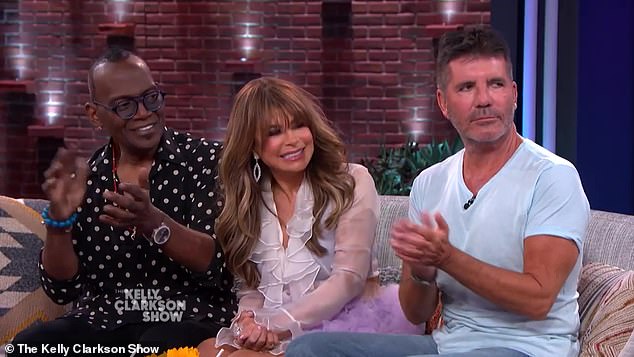 From season one to now: The three judges reunited with the season one winner. Kelly Clarkson, on Wednesday when they joined her new talk show

‘If I had on wish it’d be to make another show with us again. That would be my number one wish,’ he said.

Simon continued: ‘Our legacy, genuinely, are the artists who we discovered over the seven-year period. That’s what I’m most proud of. The show’s ratings were great, that’s one thing, but it’s who has come through the process and has made it all worthwhile.’

‘And that’s why genuinely, if I could chose who to work with all over again, I would work with these guys again.’

‘What worked about that series was is that Randy, like myself, is an A&R guy, but also a record producer. Paula actually was a brilliant spotter of talent. I was an A&R (artists and repertoire) guy, which is one of the reasons why I think we had this additional chemistry,’ he concluded. 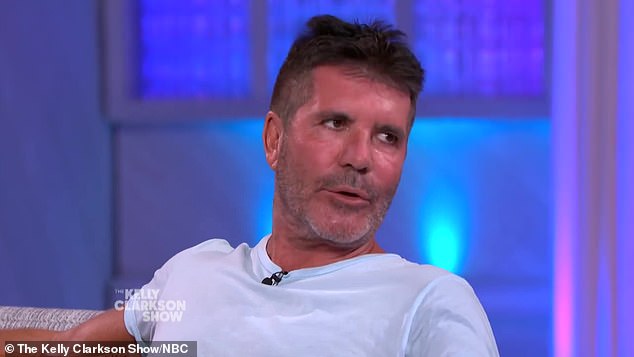 Back then:The three music industry legends judged the show together from its inception in 2002 until Paula departed in 2009

The three music industry legends judged the show together from its inception in 2002 until Paula departed in 2009.

The show was wildly popular with audiences and catapulted many stars to fame. From 2003-2011 it ranked number one in TV ratings.