Melbourne have reached the outright second-longest winning run in club history by extending their streak to a dozen matches with a 67-point AFL thrashing of GWS.

Bayley Fritsch (four goals) and Kysaiah Pickett (three) fired in attack, while Harrison Petty returned from injury to play an influential role alongside rock-solid Steven May and Jake Lever in executing the Dees’ defensive intercept plan.

Lever came off late as a precautionary measure because of a foot issue.

But it is well short of the club-record 19 straight victories across 1955-56. 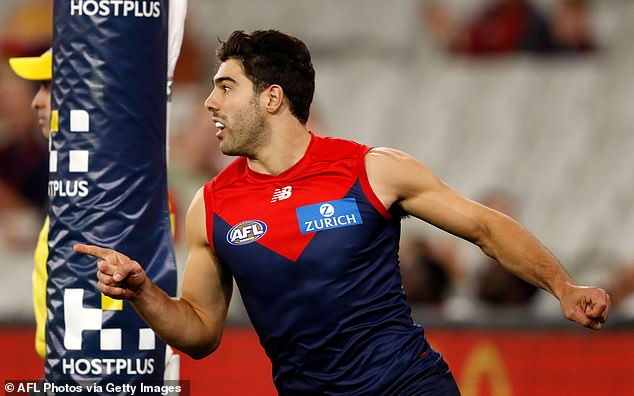 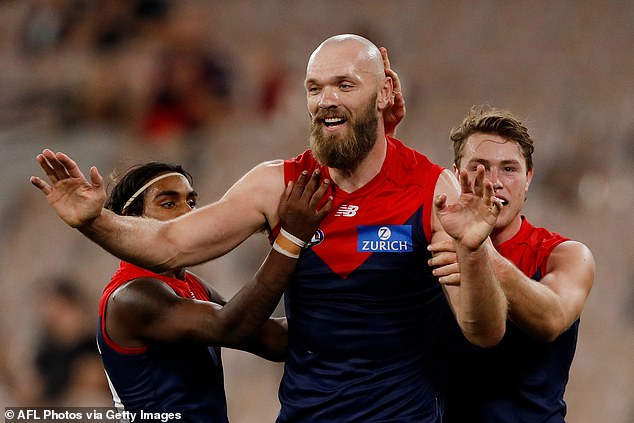 The latest performance didn’t set hearts racing in the first half but was still enough to blow away GWS, who started strongly around the contest and stoppages but were wasteful going forward.

‘Early in the game it wasn’t necessarily on our terms and our backs did a fantastic job of being able to absorb a lot of pressure,’ Demons coach Simon Goodwin said.

‘We were able to get the game back a little bit level in the second quarter and then to put the foot down in the third was outstanding.

‘We’re starting to really get back to the way we want to look forward of centre and it was pleasing to hit the scoreboard.’ 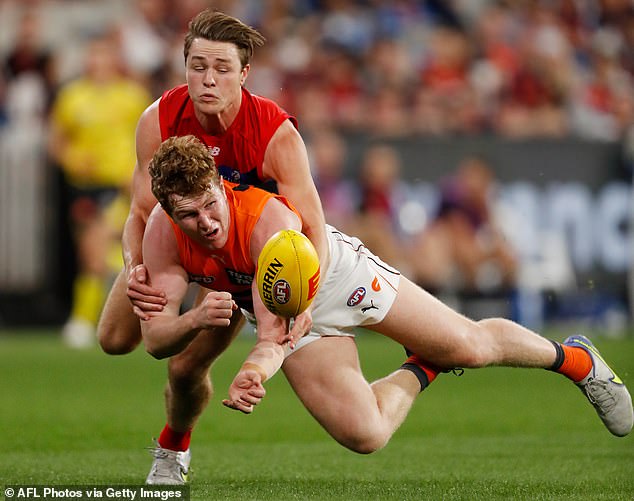 Tom Green was one of GWS’s best performers and finished with 34 disposals, a joint-high 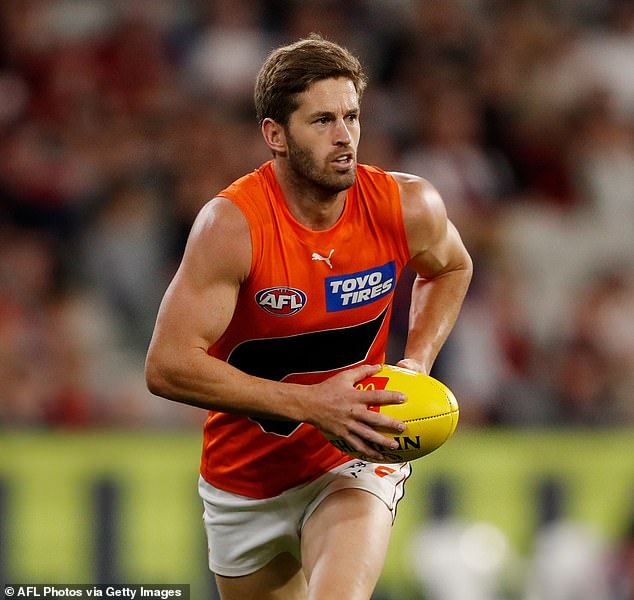 Umpire backchat will be a hot topic of discussion again after the Demons were pinged 50-metres for disagreeing with a free kick paid to a ducking Bobby Hill for a high tackle.

The resulting goal trimmed the margin to 19 points, 10 minutes after half-time.

But Pickett nailed the quick reply and four goals in a seven-minute burst helped the Demons kick away during a 10.2 to 2.2 third-quarter demolition.

It was the highest-scoring quarter by any team this season. 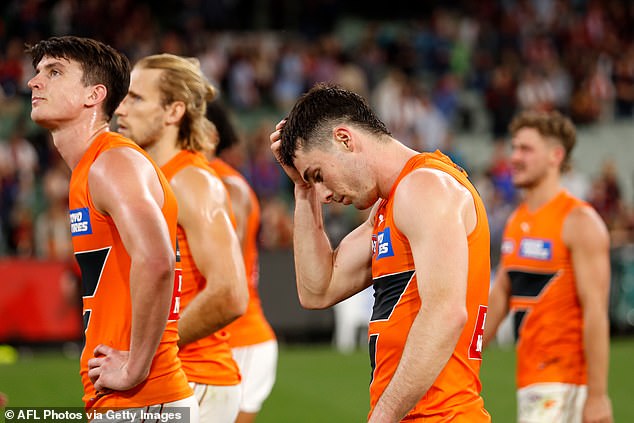 Tom Sparrow’s lunge to knock back a loose ball and set up a goal for Fristch in the final term epitomised Melbourne’s superior work rate and desperation.

‘They just punished us in the third quarter and that’s the disappointing part,’ Giants coach Leon Cameron said.

‘That’s the game there.

‘There’s a lot of indicators that we cracked in for stoppage and contest and front half turnovers […] but we didn’t get what we were after because their defence was so good.