The Santa Fe prosecutor tasked with bringing charges in the fatal on-set shooting of Rust cinematographer Halyna Hutchins has received the sheriff’s report and is now preparing to make a decision on who should face prosecution.

Actor Alec Baldwin was holding the gun when it fired towards Hutchins last October 21. He insists he did not pull the trigger.

For a year, police have been investigating the incident at painstaking pace. Now, they have handed over their final report to DA Mary Carmack-Altwies.

In a statement this afternoon, her office said: ‘The District Attorney and her team of investigators and prosecutors will now begin a thorough review of the information and evidence to make a thoughtful, timely decision about whether to bring charges.

‘As with all cases that the District Attorney handles, her focus will be on upholding the integrity of the process, enforcing the laws of the state of New Mexico, and pursuing justice.’

Actor Alec Baldwin was holding the gun when it fired towards Hutchins last October 21. He insists he did not pull the trigger. He is shown at home in Vermont with one of his six children 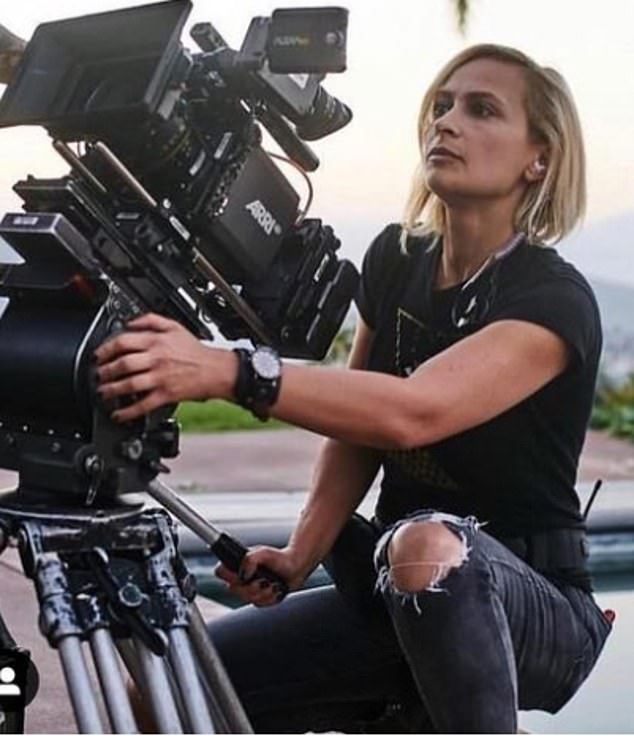 Halyna Hutchins , 42, died last October 21 after being shot on the set of Rust

She previously warned that Baldwin may be on the hook for charges, warning: ‘No one is above the law’.

Baldwin, who is with his family in Vermont, has not commented.

He was eviscerated last week for posting a tribute to Hutchins on Instagram on the anniversary of her death.

Sharing a photograph of her behind the camera, Baldwin captioned the image: ‘One year ago today.’

It has taken an entire year for the investigation into Hutchins’ death to be completed.

During that time, several lawsuits have been filed in civil court including one filed by Hutchins’ widower, against Baldwin and the rest of the production.

He sued them for wrongful death, but they settled out of court for an undisclosed amount. 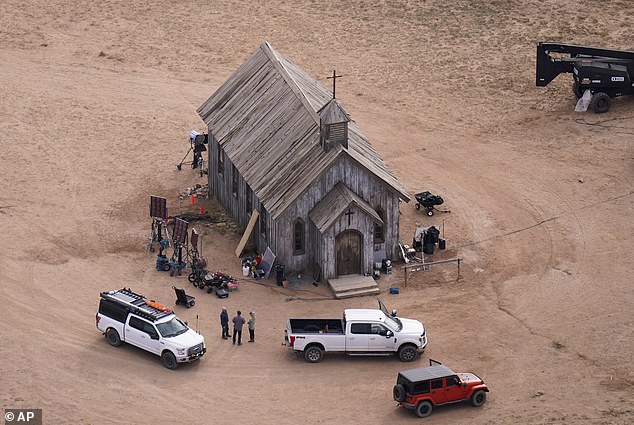 The church set where the fatal shooting took place on October 21, 2021, in Santa Fe

Matthew will now be a producer on the film, once it resumes production.

Baldwin is not the only person in the frame. 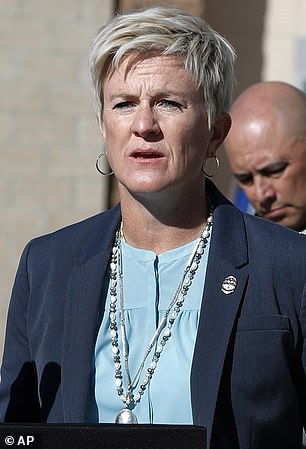 Among others who have been blamed for the shooting are armorer Hannah Gutierrez-Reed, who Baldwin claims didn’t check the gun properly, and Assistant Director Dave Halls.

By the time Halyna was killed, many of the film’s crew had walked off-set in protest over conditions and pay.

Baldwin was serving as a producer and starring actor in the movie.

On the anniversary of Hutchins’ death last week, the DA issued a warning to all of those involved.

‘On the anniversary of the tragedy on the Rust film set in Santa Fe County, District Attorney Mary Carmack-Altweis remains committed to pursuing justice for the victims, and getting answers for the community.

‘As soon as the District Attorney receives the full report from the Santa Fe County Sheriff, she and her team of professional attorneys and investigators will thoroughly review all the evidence and make a thoughtful decision about whether to bring charges against those involved.

‘No one is above the law and every victim deserves justice,’ she warned.