Russian state-backed hackers have been targeting a firm linked to Joe Biden’s presidential campaign for the last two months, it emerged last night.

The hackers targeted staff at campaign strategy firm SKDKnickerbocker – which is working with Biden and other leading Democrats – but failed to gain access to the company’s networks, sources said.

‘They are well-defended, so there has been no breach,’ a source said after Microsoft alerted SKDK to the hacking attempt.

US intelligence services have raised alarms about Russian hacking efforts ahead of November’s election, after Robert Mueller’s inquiry and the Senate Intelligence Committee both found evidence of Russian interference in the 2016 race.

Microsoft Corp recently alerted one of Democratic presidential candidate Joe Biden’s main election campaign advisory firms that it had been targeted by suspected Russian state-backed hackers, according to three people briefed on the matter

SKDK managing director Anita Dunn was a White House communications director during the Barack Obama presidency and serves the Biden campaign as a senior advisor.

The attempts to infiltrate SKDK were recently flagged to the campaign firm by Microsoft, which identified cybercriminals tied to the Russian government as the likely culprits.

The attacks included phishing, a hacking method which seeks to trick users into disclosing passwords, as well as other efforts to infiltrate SKDK’s network.

The company has worked on six presidential campaigns for the Democrats as well as congressional campaigns and successful 2018 governor’s races in Kansas and Connecticut. 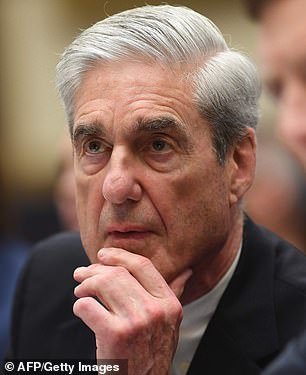 It recently criticized Trump for ‘telling white Americans they should be afraid of Black and brown Americans’ and claiming he ‘holds no responsibility for everything happening in this country, even though it is happening under his watch’.

SKDK vice-chair Hilary Rosen declined to comment, while a Biden spokesman did not respond to a request for comment.

Mueller warned after publishing his report on the 2016 election last year that Russia was already meddling in the current campaign.

Russian accounts were blamed for a wave of misinformation during the 2016 campaign, in particular targeting Democratic nominee Hillary Clinton.

One Russian troll farm even tried to encourage U.S. ‘secessionist movements’ in California and Texas, a report said.

Facebook announced during the 2020 Democratic primary campaign that it had blocked Russian and Iranian accounts trying to boost Bernie Sanders at Biden’s expense.

A report said the accounts reused messages from the Internet Research Agency which targeted US audiences in 2016.

Democrats accuse the White House of turning a blind eye to the Russian threat, after Donald Trump played down evidence of Russian meddling in 2016.

In 2018, Trump caused an outcry after accepting Vladimir Putin’s denials at a summit in Helsinki, before later backtracking. 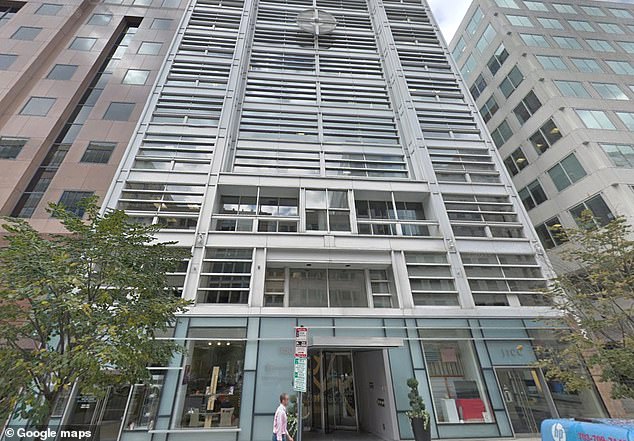 The hacking attempts targeted staff at Washington-based SKDKnickerbocker (whose office is pictured above), a campaign strategy firm working with Biden and other prominent Democrats

Last month, a widely-criticized statement by the Directorate of National Intelligence claimed that Russia was trying to ‘denigrate former Vice President Biden’ rather than Trump.

‘Some Kremlin-linked actors are also seeking to boost President Trump’s candidacy on social media and Russian television,’ it claimed.

The statement also highlighted alleged interference efforts by China and Iran to hamper Trump and his hard-line policies.

A whistleblower complaint revealed by the House Intelligence Committee yesterday claimed that an intelligence official was told to focus on China and Iran instead.

Brian Murphy, an an analyst at the Department of Homeland Security, said he was demoted after refusing to censor his reporting on Russia.

A DHS spokesman denied the claims, saying the department was ‘working to address all threats to the homeland regardless of ideology’.

Biden said in July that he had started receiving intelligence briefings and was told that Russia was continuing to meddle.

China also was conducting activities ‘designed for us to lose confidence in the outcome’ of the 2020 election, Biden warned.

He warned that if Russia continued to interfere there would be ‘a real price to pay’ if he wins the November election.