Newcastle man Russ, is a chemical engineer by trade, but has won the hearts of hungry Australians everywhere with his hilarious and often rude food reviews

An Australian foodie has claimed McDonald’s has ‘done the dirty’ on their customers by switching regular Sprite with Sprite Zero.

Newcastle man Russ is a chemical engineer by trade but has won the hearts of Australians with his hilarious and often scathing food reviews.

In his latest video the Aussie funnyman who posts under Russ Eats tests the wild theory that McDonald’s restaurants no longer serve ‘normal’ Sprite.

‘Makes no sense to me, so let’s see if it’s true,’ he said before heading to his local drive-thru.

He spoke to the woman through the ordering box and asked for a ‘medium Sprite, a nice sugary Sprite’.

She took the order without hesitation and told him the price, but the order on the screen showed she had put through a Sprite Zero.

‘WTF not even telling me it is Sprite Zero,’ he wrote in the caption while remaining polite in real life. 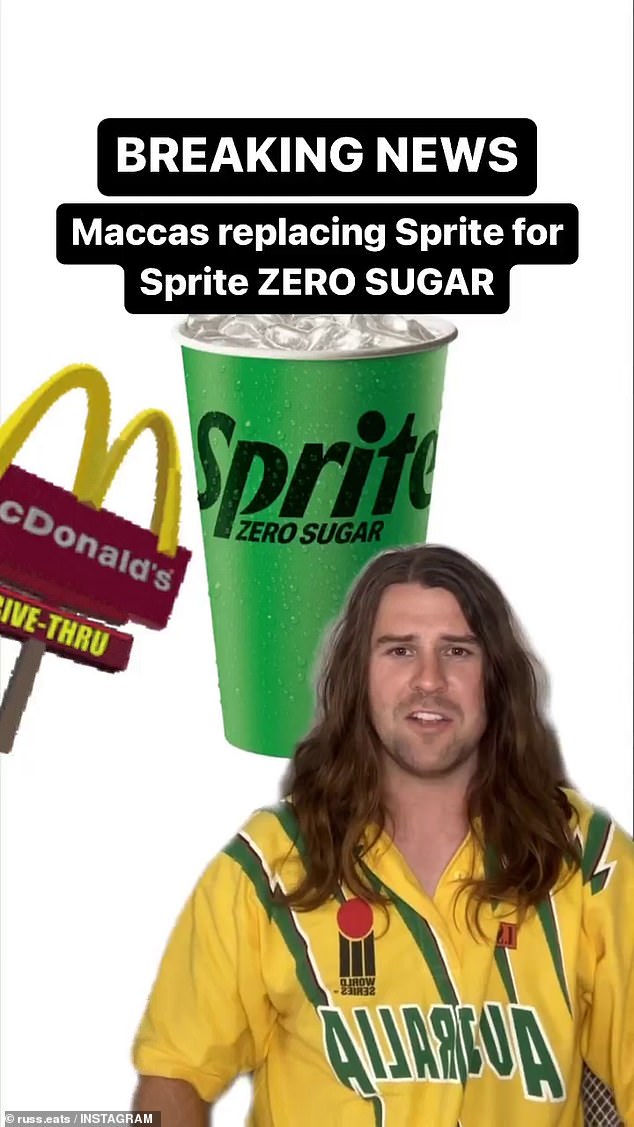 ‘Do you have any normal Sprite,’ he asked her, before pressing her to confirm the rumours were true.

She said they no longer serve Sprite and ‘to her knowledge’ it wouldn’t be coming back.

McDonald’s Australia has since confirmed the switch to FEMAIL.

‘McDonald’s Australia has recently moved to Sprite No Sugar across its restaurants nationwide. We look forward to hearing customer feedback on the new beverage option,’ a spokesperson said.

Shocked, Russ ordered a burger, and continued through to the last window where he picked up his meal and sugar-free drink.

And he was less than impressed when the burger he ordered was wrong and the people at the window forgot his straw.

‘No sugar, no straw, no bacon, what an experience that was. We have confirmed the rumour is true.’

He then took a huge sip of the drink.

‘Yep we have confirmed it tastes like piss,’ he said.

Russ’ followers were equally as outraged with some revealing they found out about the no sugar switch ‘the same way’. 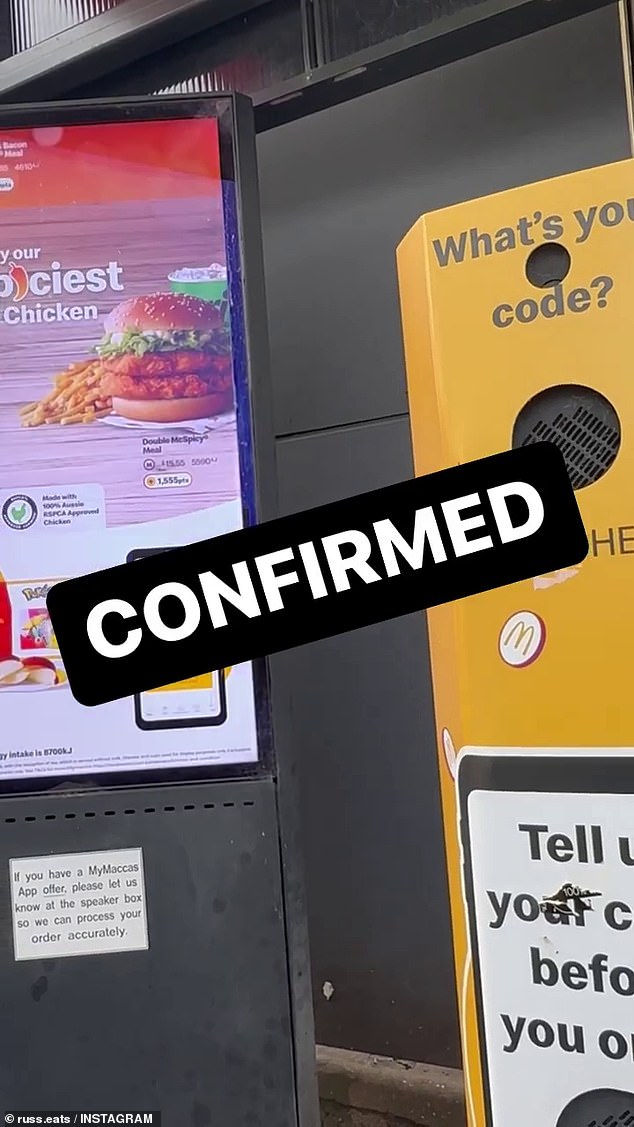 ‘Ordered Sprite and they just automatically put it on the order as Sprite Zero. At least warn me I’m getting this no sugar rubbish,’ one man complained.

‘Took me five times. I ask for sprite no ice, kept thinking they just thought I said no sugar,’ another said.

Others slammed the popular chain.

‘Forcing people people to have Sprite zero in a fast food place makes absolutely no sense,’ slammed a second.

And a worker swept in to dish out the goss.

‘No idea why they changed it but it happened about two months ago,’ they revealed.

The video was posted on Tuesday and has 18500 views on Instagram.