Rugby union player, 33, who raped 12-year-old schoolgirl he had secretly become obsessed with is jailed for 13 years after he unwittingly told her to report him to the police

A former rugby union player who raped a 12 year old schoolgirl after he secretly became obsessed with her has been jailed for more than 13 years.

Damien Twizell, 33, raped the girl at a house before later posing as two youths on Snapchat to hound her with sexually explicit messages.

Twizell was arrested last October after he himself suggested the distressed girl report him to police when she sent back Snapchat messages saying she had been raped – not realising she was communicating with her attacker. 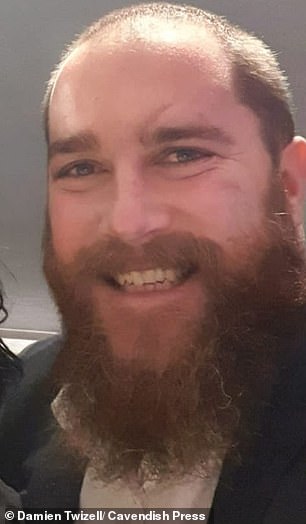 Damien Twizell, pictured, was jailed for more than 13 years after he admitted raping a 12-year-old girl. He was also placed on the sex offenders’ register for life

The former prop forward of Tyldesley, Greater Manchester who previously met the girl through friends was found to have kept pictures of the victim on his mobile phone.

In a statement the girl who is now undergoing counselling said: ‘I have suffered frequent flashbacks and they never go out of my head.

‘I don’t even like sitting in silence as I think it will make them come back. I have nightmares and see dark figures behind me only to turn round to find no one there. I see non existent figures in the mirror and I keep thinking he is watching me.

‘I don’t know what impact this will have on me at school. I am self conscious and now have a fear of men and being alone with them, I am paranoid all the time and am constantly anxious. My life has been turned upside down and the feelings I get have been affecting my entire life.

‘There is not a single element of my life that has not been affected by what he did to me. I do not know why this happened and it feels too much to handle.’ 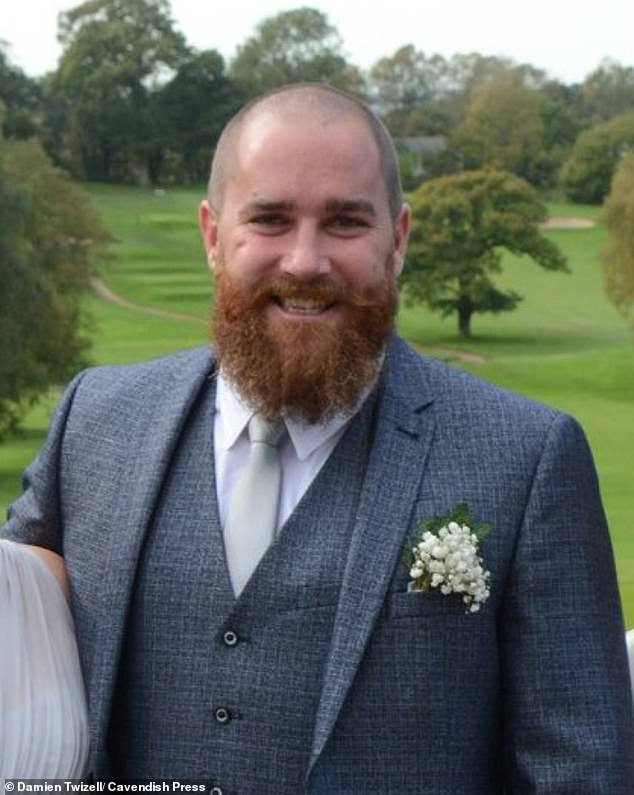 Twizell, pictured, was told he engaged in ‘particularly insidious and unpleasant offending’ 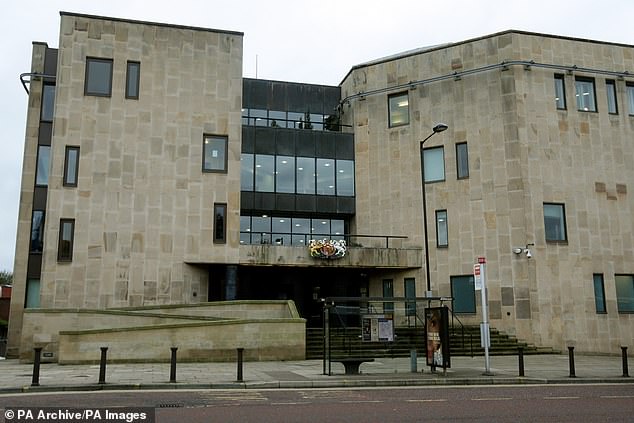 As well as the prison term, Twizell was handed a Sexual Harm Prevention Order to prevent him from contacting children by Bolton Crown Court

Fiona Clancy prosecuting said: ‘She has suffered severe psychological harm.. He obtained her Snapchat details and sent her messages posing as a young person and deceiving her as to his true identity.

‘In the course of such online conversation he engaged in sexual communications. At one stage she disclosed she had been raped and he told her she should reveal that to someone. There was a degree of planning to this offence.’

The court heard the girl’s parents were said to be ‘shocked and devastated’ by their daughter’s ordeal. 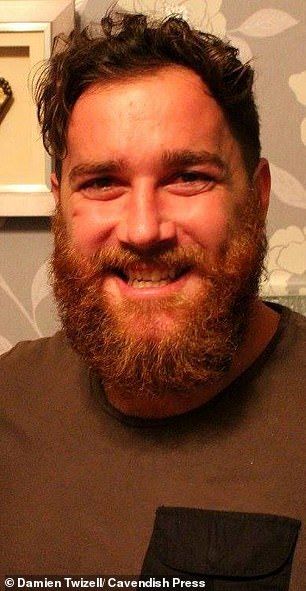 The court heard that Twizell, pictured, had planned to kill himself following the attack

In mitigation for Twizell, defence counsel Stuart Neale said his client had planned to kill himself after the attack.

Mr Neale added: ‘His admissions in police interview were immediate, were unforced and included full remorse. The fact he even encouraged her to report him illustrates the deep awareness he had of what took place.

‘He was previously of exemplary character, had a perfect life and he has thrown it all away.’

Twizell will have to sign the Sex Offender Register for life and will be barred from contacting children under the terms of a Sexual Harm Prevention Order.

He was sentenced to 13 years and four months jail and will be on parole for an extra year under the terms of an extended sentence.

Sentencing, Judge Timothy Stead told Twizell he had engaged in ‘particularly insidious and unpleasant offending’ and told him: ‘The girl will have to live with and deal with as best as she can the knowledge of what happened to her.

‘The effect on her cannot be overstated. She is continually relieving the events she has been made subject to. She has flashbacks and nightmares and they are a worrying indication of the depth of damage is caused.

‘The damage to her continues and is difficult to calculate.’