English club rugby has been warned that it is ‘a game on life support’ amid financial turmoil which has led to the collapse of Wasps and Worcester — barely a month into the new season.

The after-shocks continued on Thursday following the announcement from Wasps that they are on the brink of following their fellow West Midlands club into administration and, almost certainly, into relegation.

Premiership Rugby and the RFU released a joint statement in which they acknowledged ‘the need for rugby’s stakeholders to address the broader challenges facing the professional club game’. The authorities know that urgent action is required.

But this trouble has been brewing for a long time. At domestic level, rugby has shown no signs of being sustainable, even since the £200million investment by private equity firm CVC in 2019. Clubs were left in dire straits by the Covid lockdown, but many were already amassing major debts long before the pandemic took hold.

So why is English rugby incapable of supporting itself financially? ‘Governance is the No 1 factor,’ said former Harlequins chief executive Mark Evans.

‘Historically, PRL was set up as a commercial body to hold the commercial rights, not as a regulatory or governing body. A lot of the governance stuff was outsourced to the RFU — if that’s the right word to describe it.

It means PRL has a shareholder board without a significant degree of independence. It is difficult to do things that they think should be done, as it is too easy for a small number of clubs to make changes against the common good. 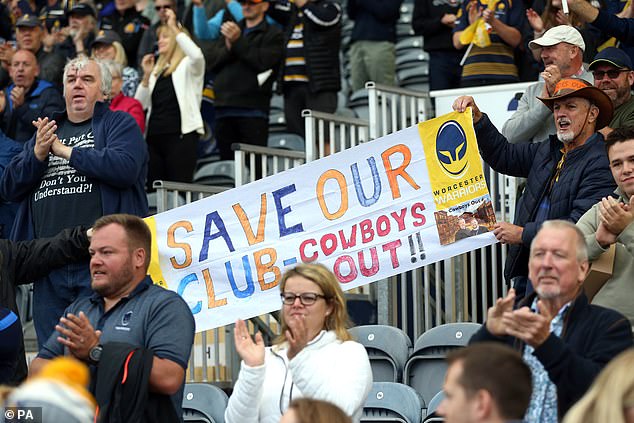 Wasps have followed Worcester, who were the first Premiership club to enter administration 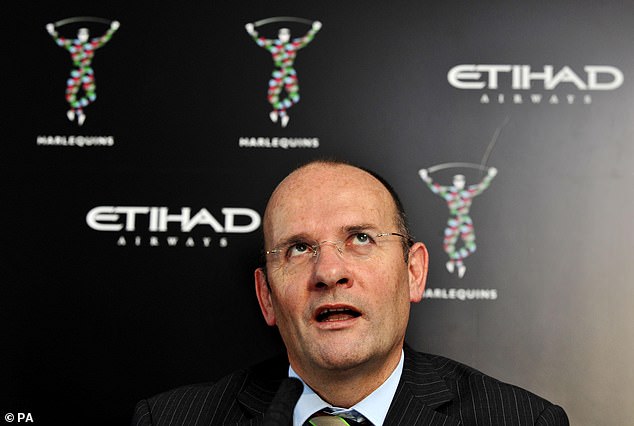 When asked why English rugby is incapable of supporting itself financially, former Harlequins chief executive Mark Evans (above) said ‘governance is the No 1 factor’

‘The governance isn’t able to fix a broken business model. The only clubs with any security are the ones with an owner who is prepared to keep pumping cash in. That’s not a business plan, is it? That’s a game on life support. I know of at least four other clubs who would sell for a dollar if they found another buyer.’

According to Evans, the stark fact is that the English elite have spent beyond their means, despite the fact that the means have markedly increased.

‘There is a myth that the league does not generate enough revenue, which is simply not true,’ he added. ‘The Premiership has quadrupled revenues since 2000, but in 2004 collective losses were about £2m. Move on to 2019 — pre-Covid, I stress — revenues had quadrupled but losses had blown out to £50m. So this is not all about revenue.

‘We’ve got to change the business model so that our costs are similar to our revenue. There is this argument that players deserve high wages. Why? Bankers don’t deserve what they get — it’s the market that gives them ludicrously inflated salaries. People who work in care homes deserve a lot more than they get, but they don’t get it.

‘This argument that, ‘it’s a tough game so they deserve what they’re paid’. No. Deserve doesn’t come into it. You should be paid what your employers can afford.’

Former Leicester chief executive Simon Cohen agreed that English rugby has made more money but carried on overspending to the point of being left on a cliff edge. 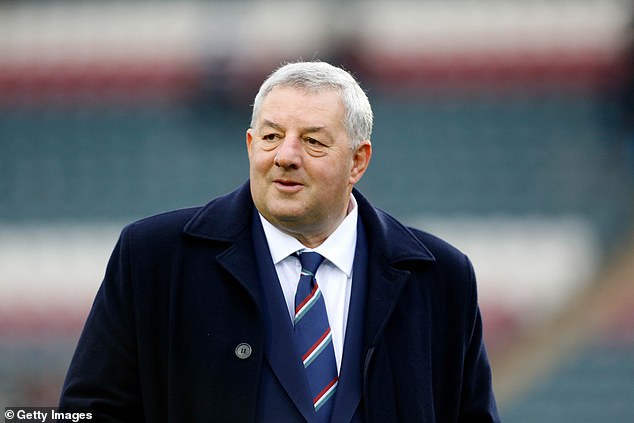 ‘As I’ve been saying since 2017-18, this is a crisis that’s been years in the making,’ he said. ‘Revenue doesn’t seem to be a problem because it has grown exponentially since the game went professional. But despite having a mechanism to control costs, it has been singularly unable to do so — or not unable, but unwilling to do so.

‘What has contributed to Worcester and Wasps’ demise is the decisions of all the owners to accept having a second marquee player per club, which was clearly inflationary, or to set the salary cap based on projected revenue rather than actual revenue. To my mind, those are the sort of things which have been the cause of this crisis.

‘Anybody who thinks that Covid is the cause of this is misguided at best. Covid has exacerbated a situation which would have happened in any event, within the next 24 to 36 months.’

For Cohen, the concern is how the club game can recover without slashing expenditure, as the scope for further growth is limited. ‘I don’t see how rugby can increase its revenue streams significantly,’ he added. ‘It can tinker around the edges, but what it can’t do is significantly move the needle. That only happens by TV rights and I’ve seen nothing to suggest that TV rights are going to increase significantly, in the way that football did.

‘Rugby is a minority sport, so you’re not going to attract significant subscribers to Amazon or BT or Sky. Rugby as a participation sport is declining and attendances are declining, so where are the drivers for TV companies to pay more money? If you can’t increase your revenues significantly, you have to look at your costs.’ 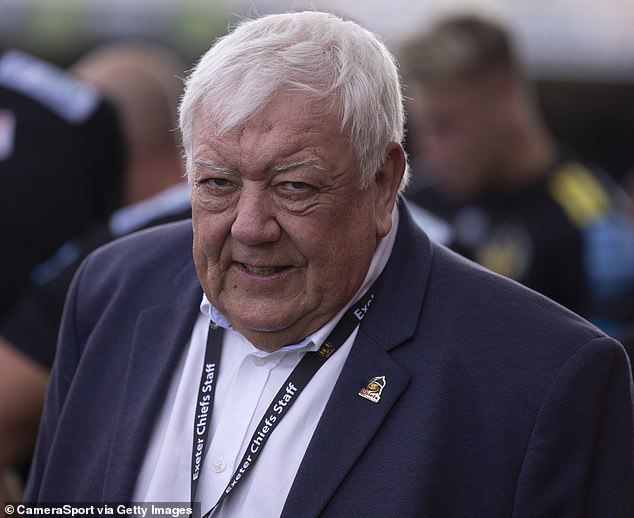 ‘Also, in France, they are significantly better at making decisions in the best interests of the league, rather than entirely based on self-interest. And their fiscal rules are much more stringent, so those factors help make it more buoyant.’

From within the Premiership, another leading voice spoke of how rugby alone cannot sustain itself, so additional revenue streams are required. Exeter have been the most solvent club in recent years and chairman Tony Rowe said: ‘Our approach to going into the Premiership was to try to create a business which wasn’t totally reliant on rugby.

‘We have a strong conference and banqueting business. We were the last people into the Premiership and we had a blank sheet of paper, so we designed Sandy Park knowing we needed another string to our bow. That’s a difference compared to others who were already there and had to build and adapt as they went along.’