Former rugby league star Scott Bessant has died at the age of 37 – almost three years after a horror incident that left him with life-changing injuries.

Bessant, who was a father of two, passed away on Thursday morning after suffering from complications with pneumonia.

The ex-Wales Dragonhearts full back had been found seriously hurt in August 2017 after a night spent drinking at a pub in Abersychan.

The incident caused Bessant to sustain several fractures to his skull, a fractured neck, broken ribs and a fractured pelvis. Bessant has also suffered multiple strokes since the injuries.

He was discovered by a passerby in the early hours of August 13 in Pentwyn Lane, near to the Little Crown pub. It remains a mystery how Bessant was hurt.

A heartfelt tribute was published on the Wales Rugby League website.

It read: ‘For over 950 days, Scott’s parents, Howard and Jackie, didn’t missed a day in visiting their son, until everything went on lockdown. 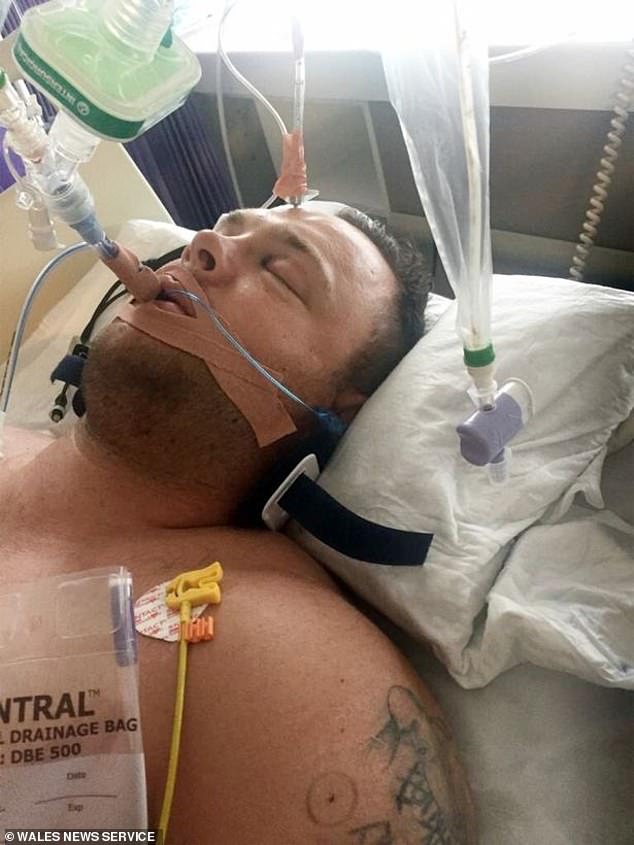 Bessant, who was a father of two, had passed away in the early hours of Thursday morning

‘Scott was due to eventually live with his sister Rachael, whose home was in the process of being adapted for his complex needs.

‘There was an initial scare in April when it was thought Scott had contracted COVID-19 but last week, he went down with pneumonia and sadly lost his battle on the morning of Thursday 25th June.’

His family were unable to visit him in hospital due to the coronavirus crisis.

Bessant had played rugby union before joining Pontypool in 2006, and earned his maiden Wales Dragonhearts rugby league cap two years later. He made six appearances in total for the amateur international team.