Rugby bosses are keen to strongly admonish Rassie Erasmus for the extraordinary hour-long video rant he posted during the Lions series – sending a message across the sport.

The South African director of rugby will finally be dragged over the coals for his incredible take-down of referees over Halloween weekend, three months after its release.

Sportsmail understands as this is such an unprecedented case, with wide-reaching consequences, all sanctions – fines or bans – remain firmly on the table, with those in charge keen to draw a ‘line in the sand’ setting a firm precedent that interventions like this are not tolerated.

The video – which Erasmus maintains was leaked – saw him claim first Test referee Nic Berry was biased and showed no respect for the Springboks or their captain Siya Kolisi. It hung a black cloud over a bitter series.

It also led him to defend claims he was behind the curious ‘Jaco Johan’ Twitter account, which shared similar footage and sent messages directly to him on social media.

World Rugby, the game’s governing body, have taken their time to investigate and now an independent disciplinary panel will hear Erasmus’ case via Zoom on October 30-31 – QC Christopher Quinlan joined by another QC and a Judge, both from New Zealand, on the panel.

Erasmus will be allowed to travel to Europe with the South African team if he wishes, for their Tests against England, Wales and Scotland, but will learn his punishment before those November internationals. 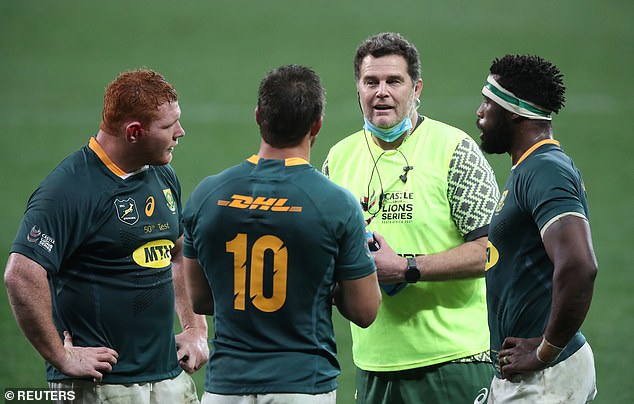 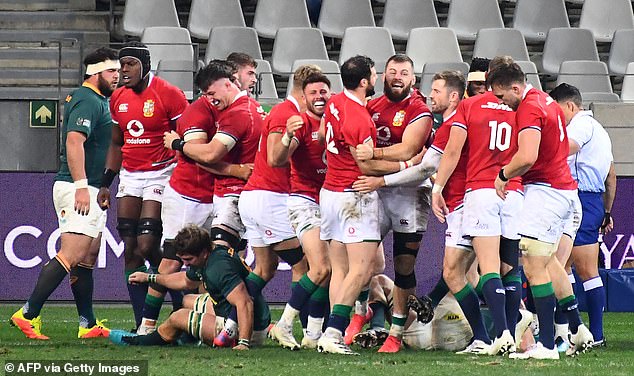 He chose not to go with the Boks to Australia for their Rugby Championship matches against New Zealand, Argentina and the Wallabies, as his presence would cause a ruckus.

Sources have indicated to Sportsmail that World Rugby have been frustrated with the delay to this case, which so publicly dragged rugby through the mud, but South African Rugby kept pushing it back in order to gather their case unable to be pinned down as the Lions series is not covered by strict regulations like World Cup or Six Nations tournaments.

‘The hearing date, set in consultation with the parties, is the earliest possible date taking into account previous commitments of all parties, participants and the multiple time zones involved,’ the panel’s statement read.

England Women’s Tests against New Zealand, USA and Canada will be shown live on BBC Two this November.

Red Roses boss Simon Middleton said: ‘The impact getting our games on terrestrial TV has is huge in terms of opening up to the wider audience and growing and promoting the game.’ ENDS