Are these the rudest people ever? Acts that show no consideration for others will make your blood boil – from parents letting their children run riot in a toy store to a driver taking a shortcut through wet concrete

By Siofra Brennan For Mailonline

Having consideration for others around you is not only a matter of principle, it also makes life a lot smoother for everyone, but is seems some people just haven’t got the memo.

Constative.com has rounded up a selection of snaps of selfish acts from around the world that will make your blood boil at the acts of rudeness and entitlement on display.

In one jaw-dropping act of entitlement, a doctor parked across the path in the hospital car park in Europe, blocking the route of air ambulance staff who had to squeeze around the vehicle with a patient on a stretcher.

At a restaurant, believed to be in the US, a customer sat eating candy and throwing wrappers on the floor for the staff to pick up, while shoppers ran riot at a store in Ireland, leaving the rails looking like they’d been hit by a hurricane.

Meanwhile, a passenger on the London Overground no doubt didn’t make any friends with fellow travellers by waving a dead fish around.

Concrete proof of rudeness! Constative.com has rounded up a selection of snaps of selfish acts from around the world that will make your blood boil, including this driver – believed to be from Germany , who cut through wet concrete 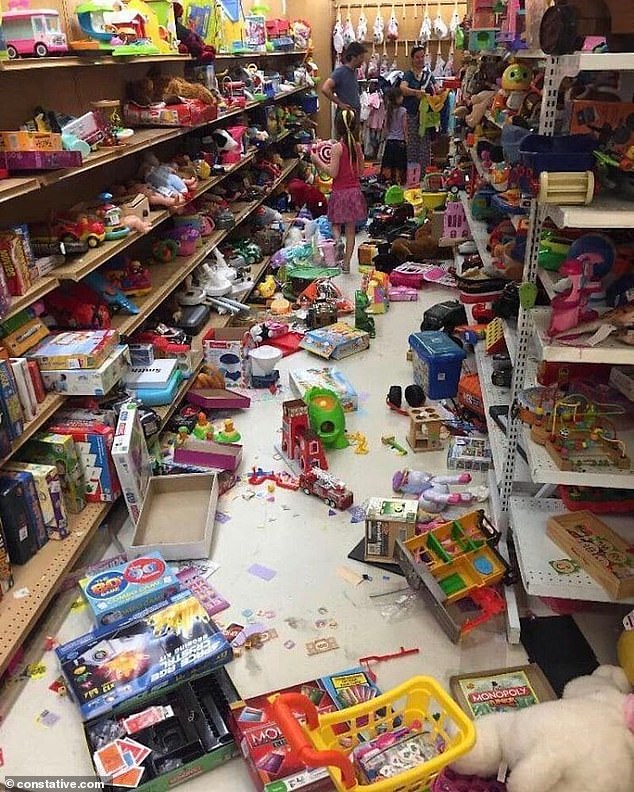 Hope Santa wasn’t warching: Employees at this store in an unknown location would have had quite the clear up job after these children ran riot 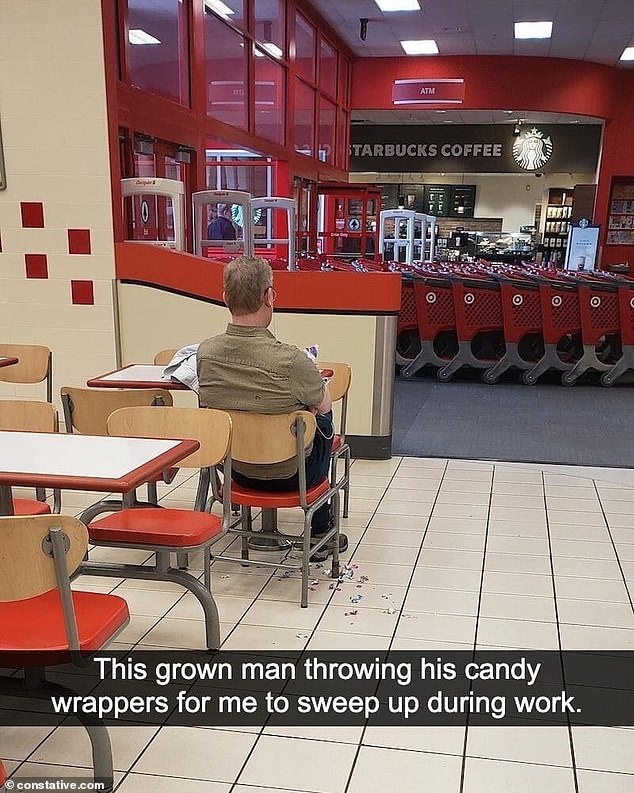 Not a very sweet gesture! At a fast foot restaurant in the US, this man decided to throw his candy wrappers on the floor rather than putting them in the trash 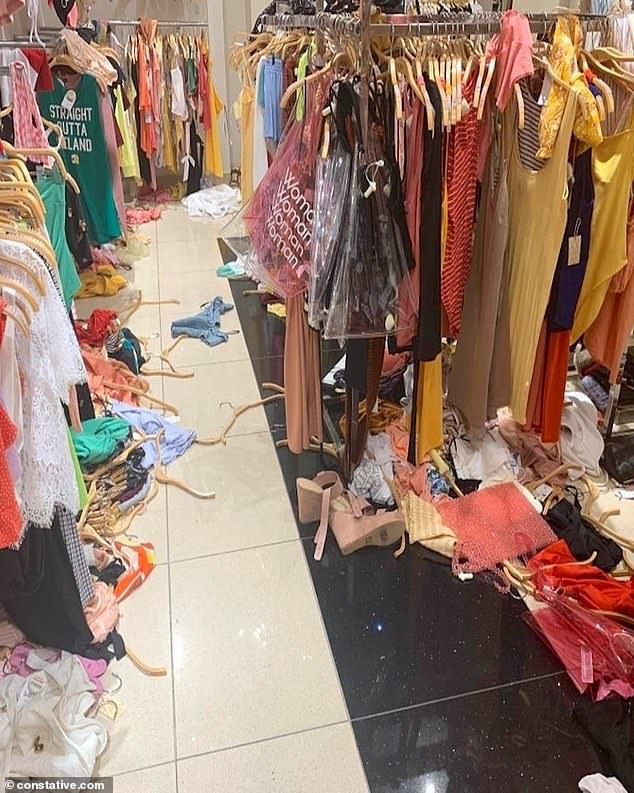 When retail is not therapy: This clothing store, believed to be in Ireland, was left in total disarray by selfish shoppers who threw garments on the floor for staff to pick up 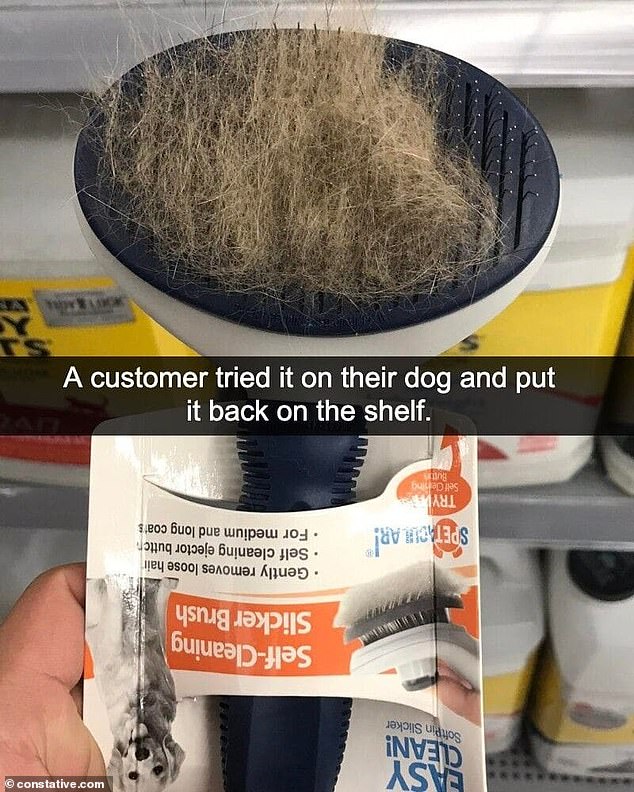 Pet peeve: One US shopper with no consideration tried out a grooming brush on their dog and then put it back on the shelf full of hair 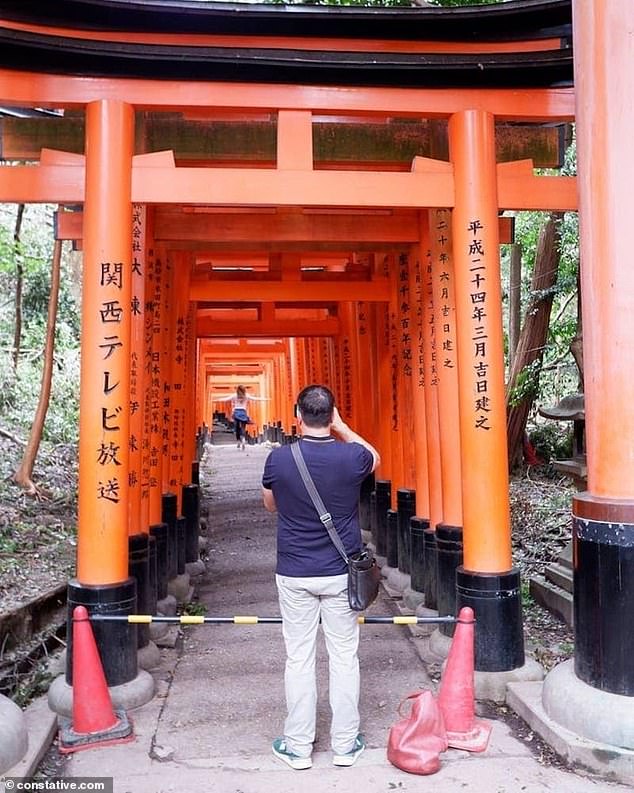 Instagram is more important! This influencer ignored the fact the Fushimi Inari Shrine in Kyoto was closed for safety reasons because they wanted to get a snap for social media 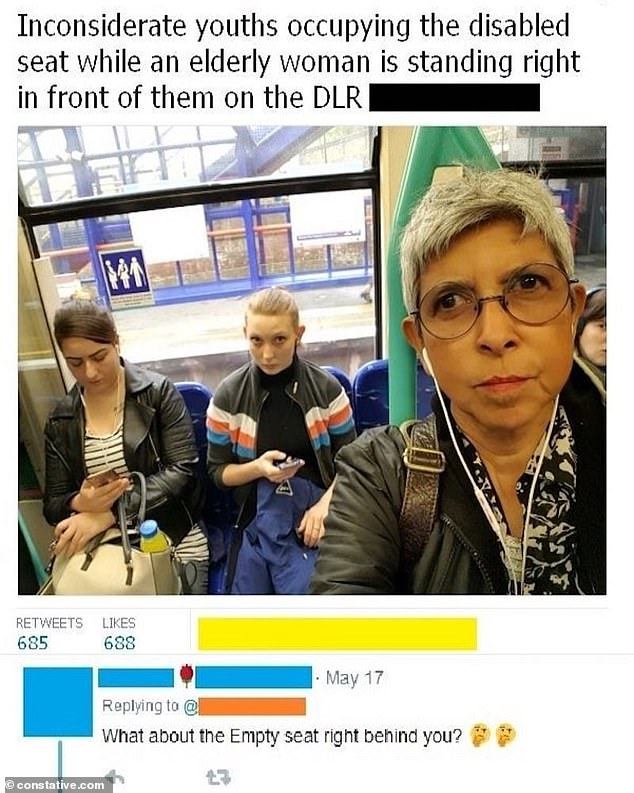 Unfairly maligned: These teenage girls in London seemingly came in for unwarranted criticsm for not giving up their seats for an older woman, when there was an empty one she could have used beside them 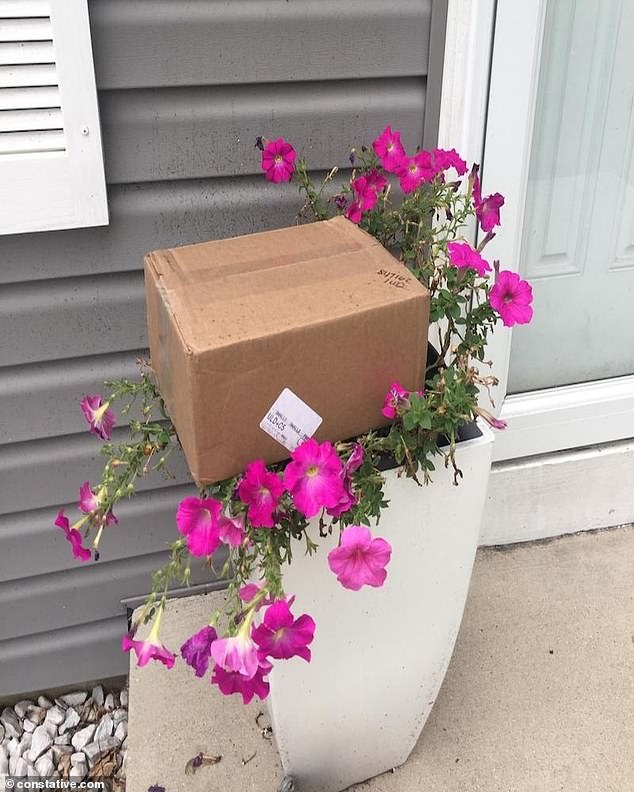 Not delivering: This courier company left a homeowner in the US with ruined flowers by plonking down a heavy box on top of the pot 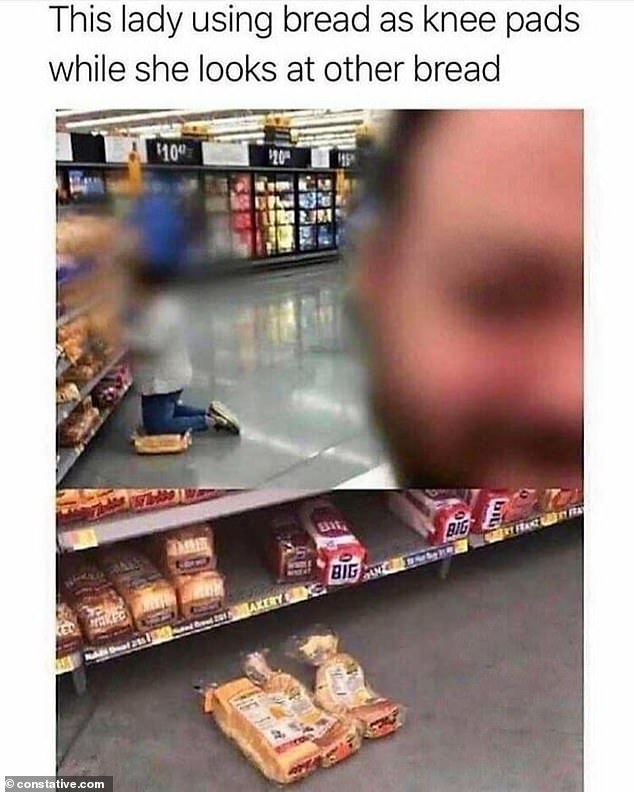 Not well bread! One ill-mannered woman squished the produce other shoppers night want to buy by kneeling on loaves to browse the shelves 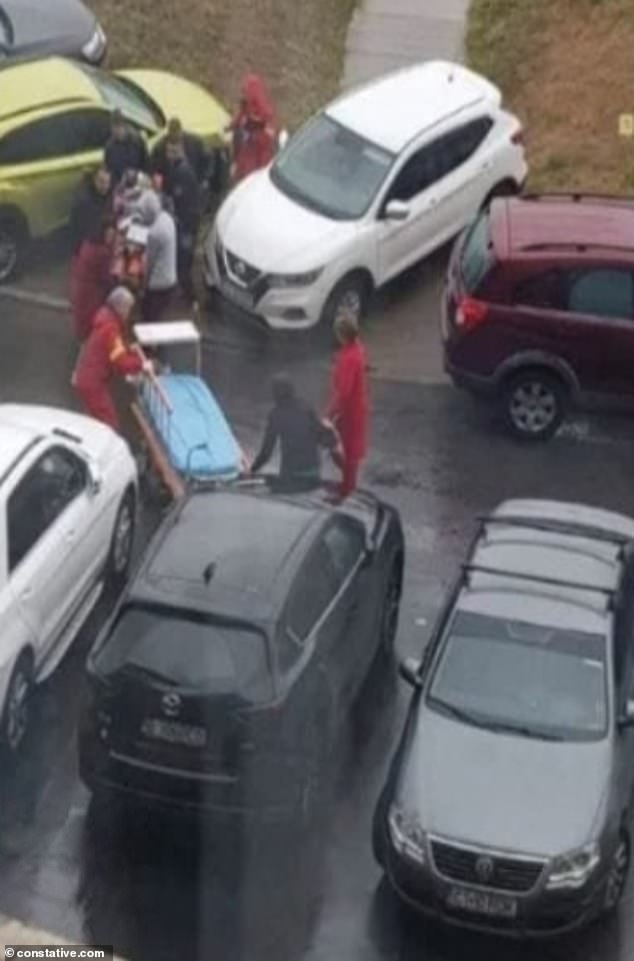 At this hospital in Europe, a selfish driver – who turned out to be a doctor – blocked the route of air ambulance paramedics by parking on the path 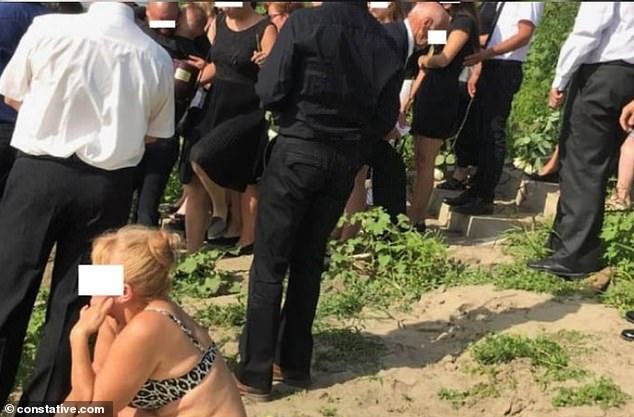 Not appropriate funeral attire! This sunbather decided not to move out of the way, despite being surrounded by mourners 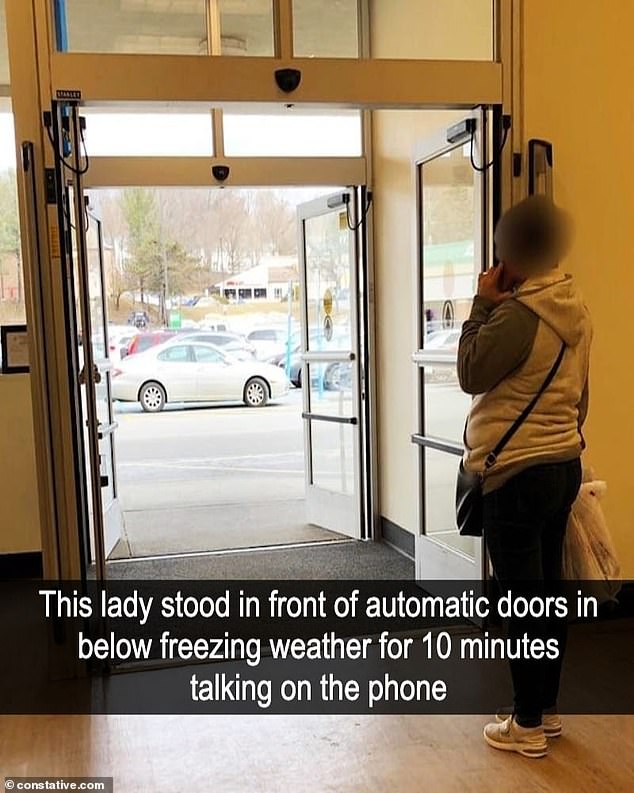 Politeness frozen out! This woman seemingly had no regard for the comfort of other customers when she kept the doors open on a cold day, while taking a phone call 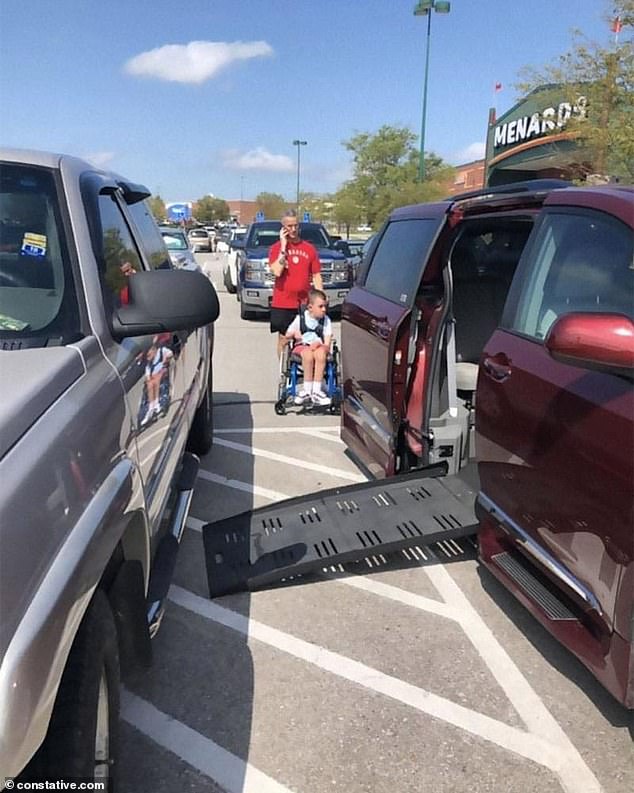 Parked their manners at home: This driver’s parking fail blocked access for a wheelchair user in the US trying to get back in their vehicle 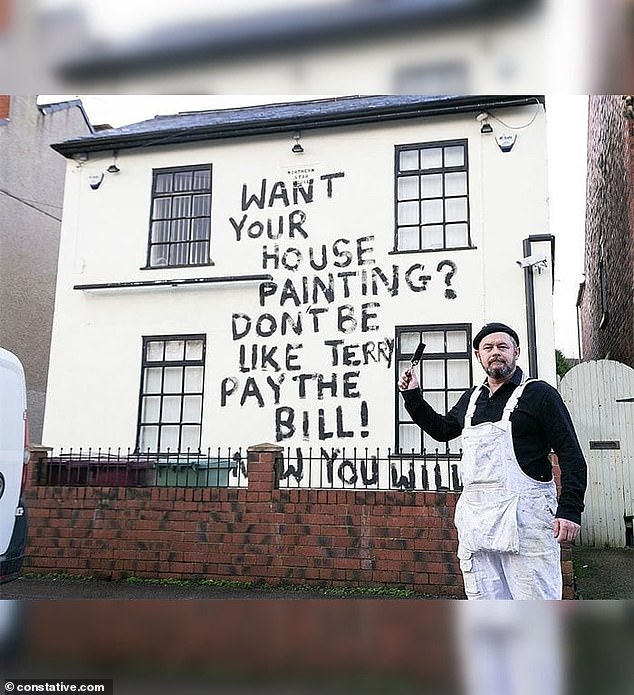 A decorator in Bolsover, Derbyshire got his own revenge on a pub landlord who allegedly only paid him 3650 of the £1,150 they’d agreed on for the task 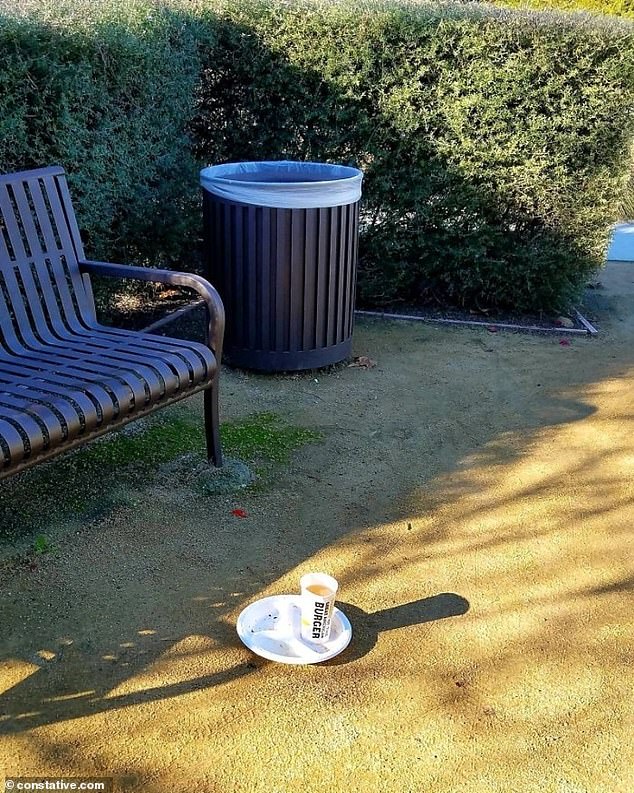 Too far to walk? Despite being right by a bin, this UK parkgoer couldn’t be bothered to throw away their coffee cup and paper plate 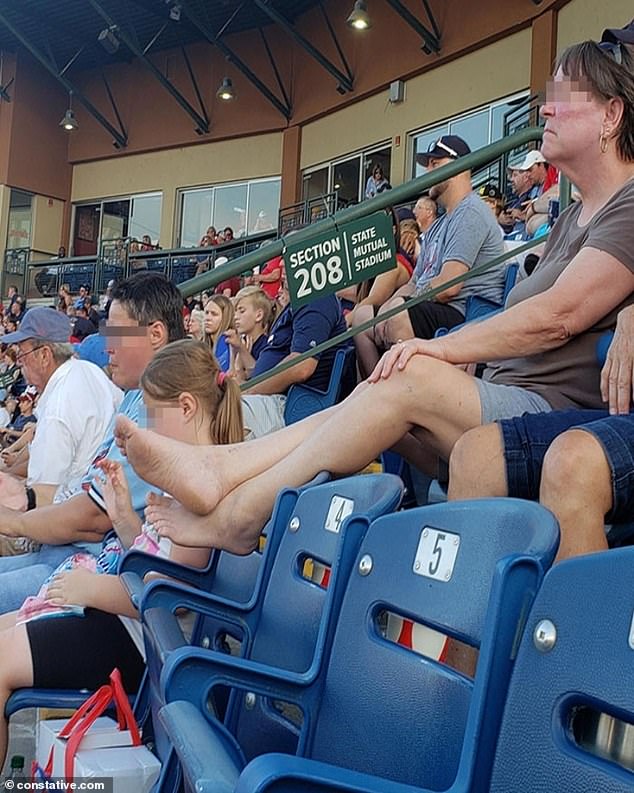 Bad game! A spectator at the State Mutual Stadium in Floyd County, Georgia, dangled their bare feet over the seats right near other spectators’ heads 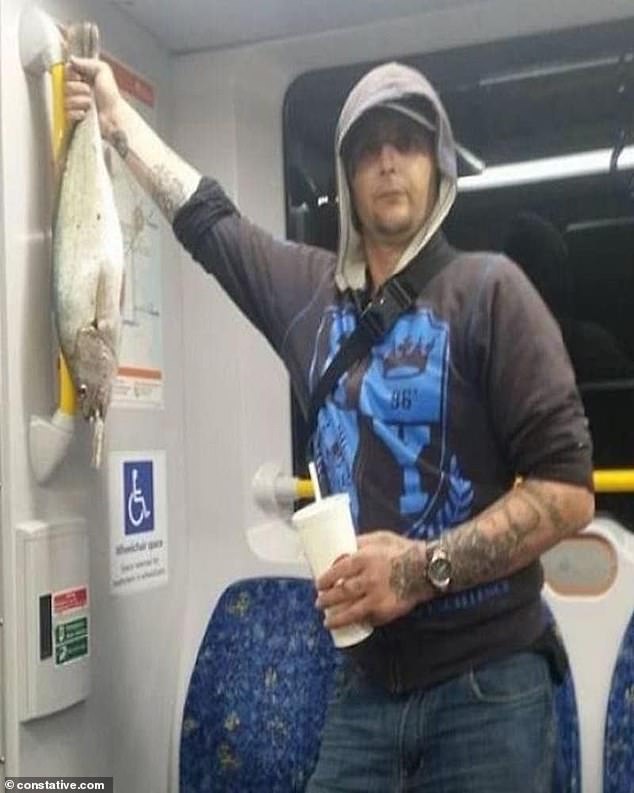 A successful day’s fishing! This proud angler no doubt put off other passengers by danging a a fish around on the train in London 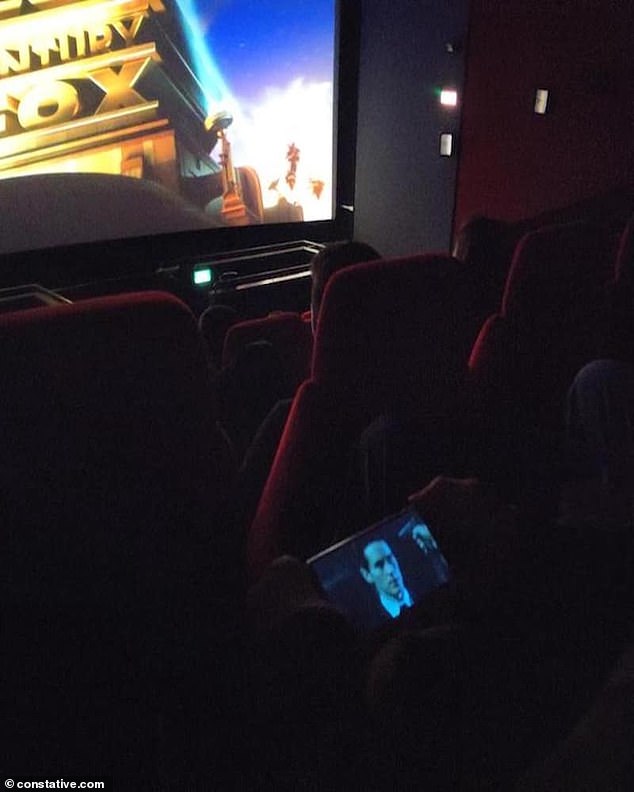 Should have stayed at home! This moviegoer decided to watch their own film on  a mobile device, despite the one on the big screen 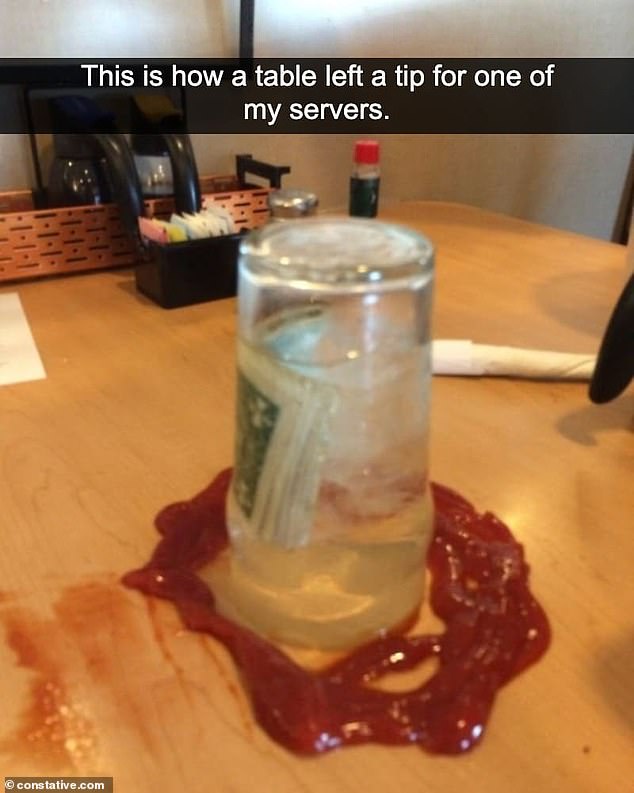 Talk about bad grace! This diner left a tip for their server in the US, but with ketchup smeared all over the table for them to wipe up 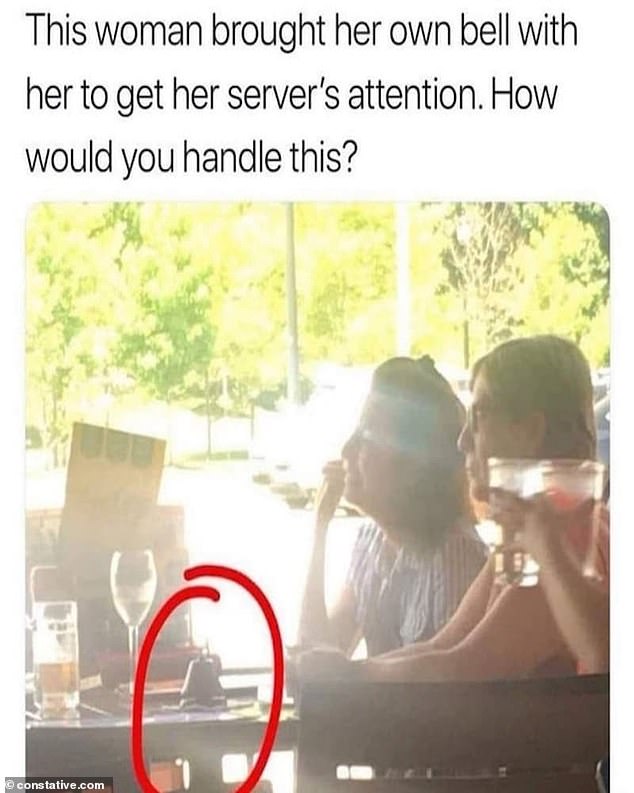 Tone deaf? Bringing a bell to a restaurant to demand attention is one way to ensure you get served last 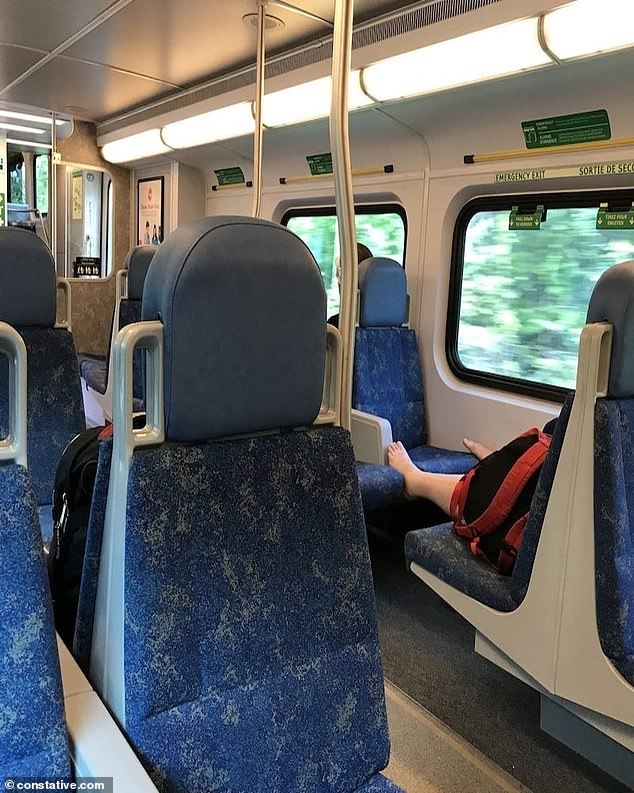 Seats are not for feet! This UK train passenger stretched their bare toes across the upholstery during their journey