Sir Donald, a multi-millionaire businessman who owned National Car Parks, was remembered at Westminster Abbey by a raft of famous faces today, three months after his death aged 90 on September 16.

Sophie, Countess of Wessex and Prince Edward also attended the service for Sir Donald, who left £50 million in his will to the Royal Family, which will be put towards a scheme to commission a new Royal Yacht.

Sir Donald was a friend of the Royal Family through his association with the Royal Navy, and other royals at the celebration of his life today included Prince Michael of Kent and Princess Anne’s husband Timothy Lawrence.

Sir Donald was made a Vice Admiral of the UK in 2012, and presented with a flag by the Queen during his installation ceremony in Windsor Castle. 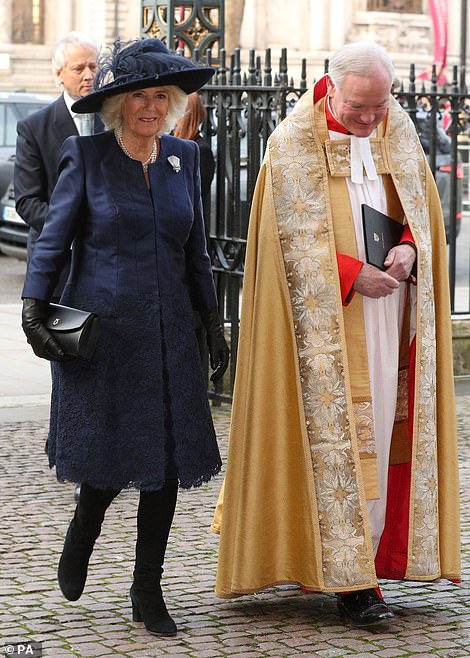 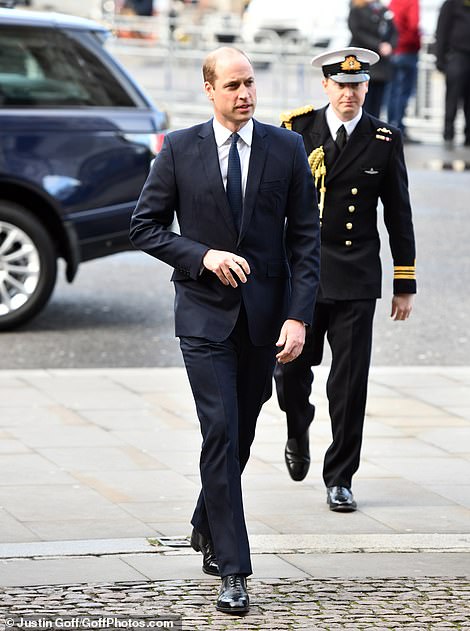 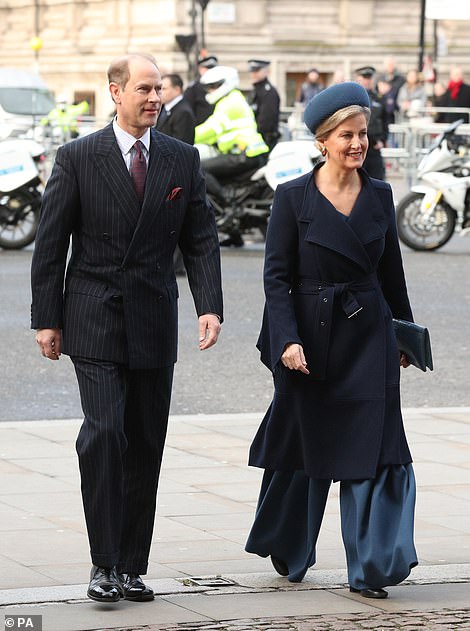 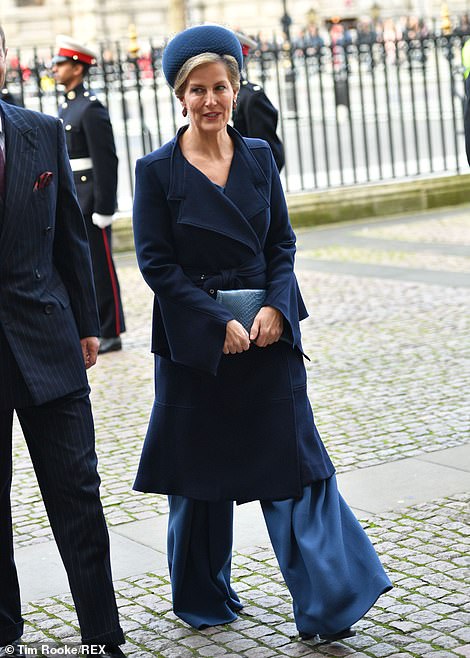 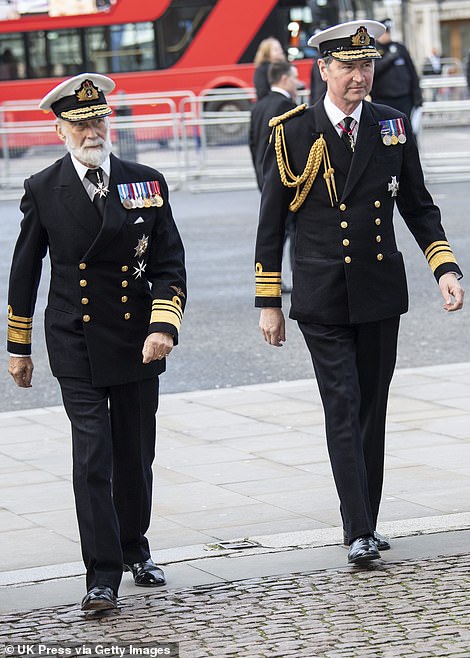 Sophie arrives for the funeral at Westminster Abbey (left), along with Prince Michael of Kent and Timothy Lawrence (right) 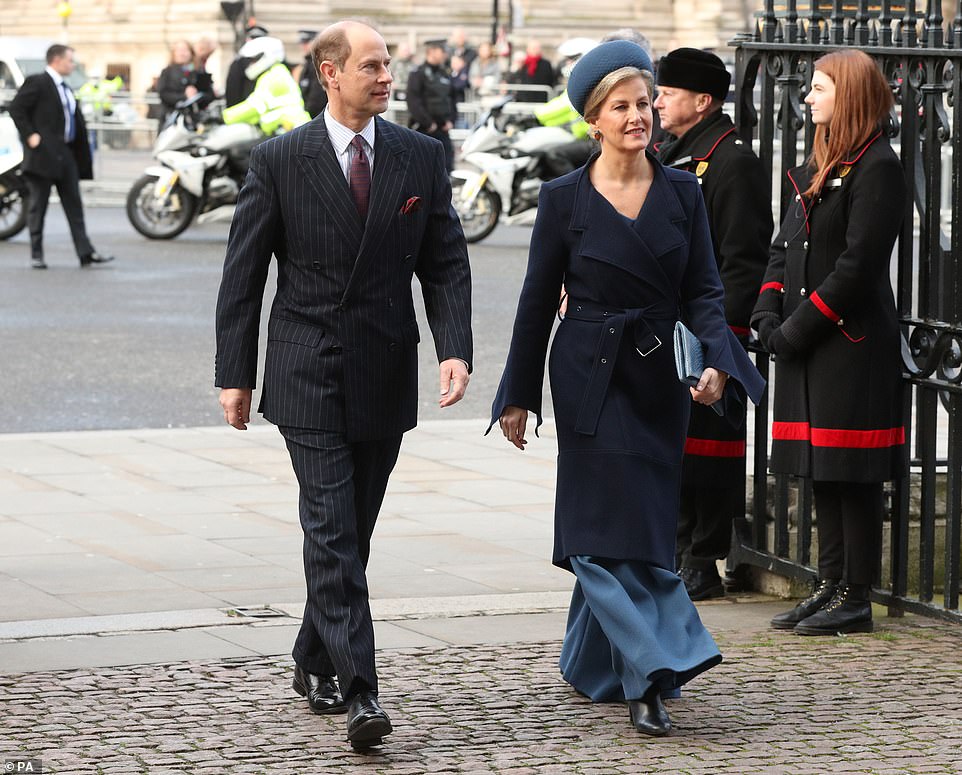 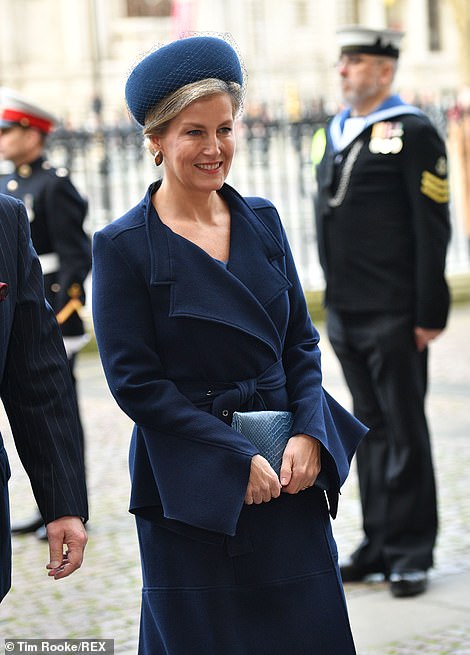 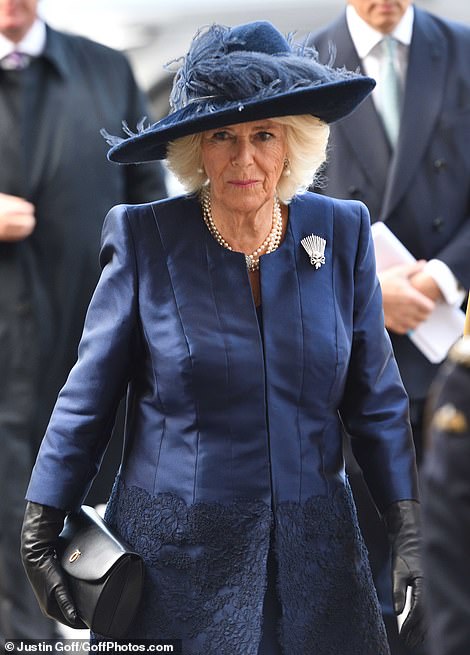 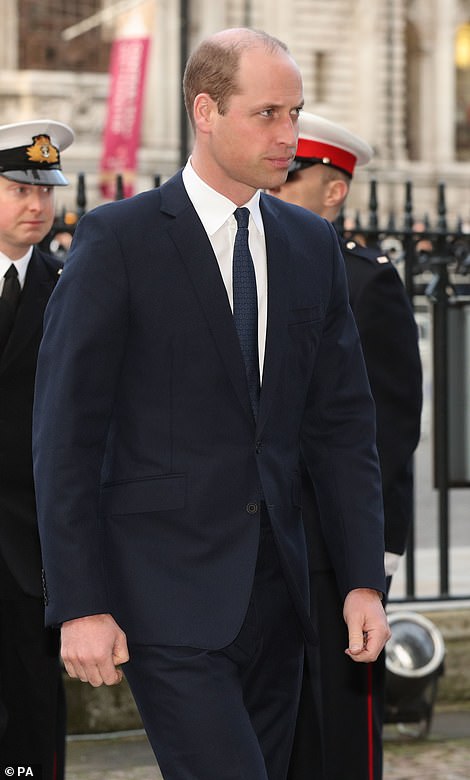 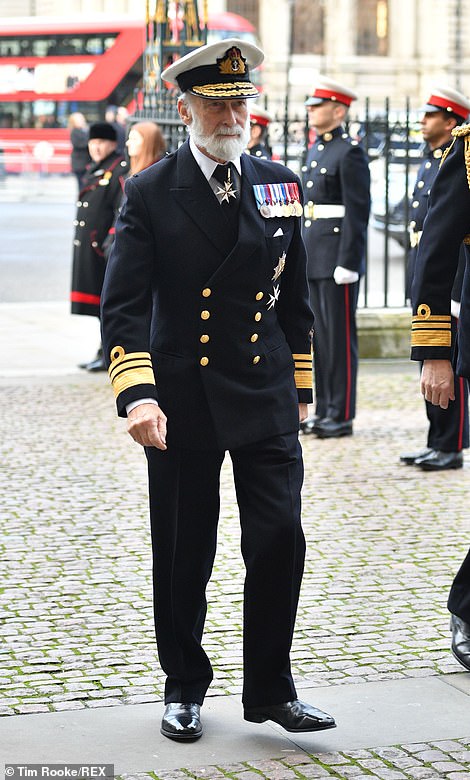 Sir Donald and his business partner, Ronald Hobson, became two of Britain’s most successful entrepreneurs after setting up the company which became the NCP in 1948 with just £200 and a plan to turn a wartime bomb site in central London into a car park.

Fifty years later they collected £580million from their share of the sale of the company to a US firm for £801 million.

Sir Donald was known for his love of the Navy and was devastated to be demobbed in 1949 after serving on HMS Leander.

Through his Gosling foundation, he gave £100 million to charity, most of it related to the Navy. 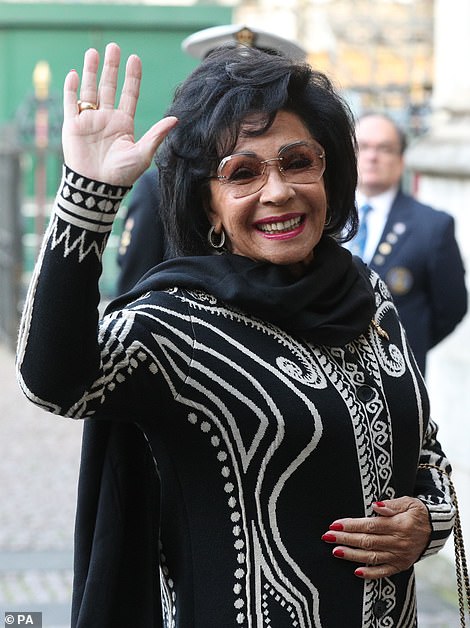 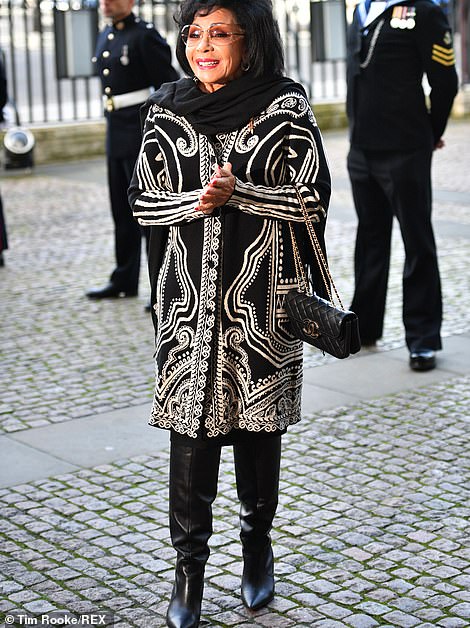 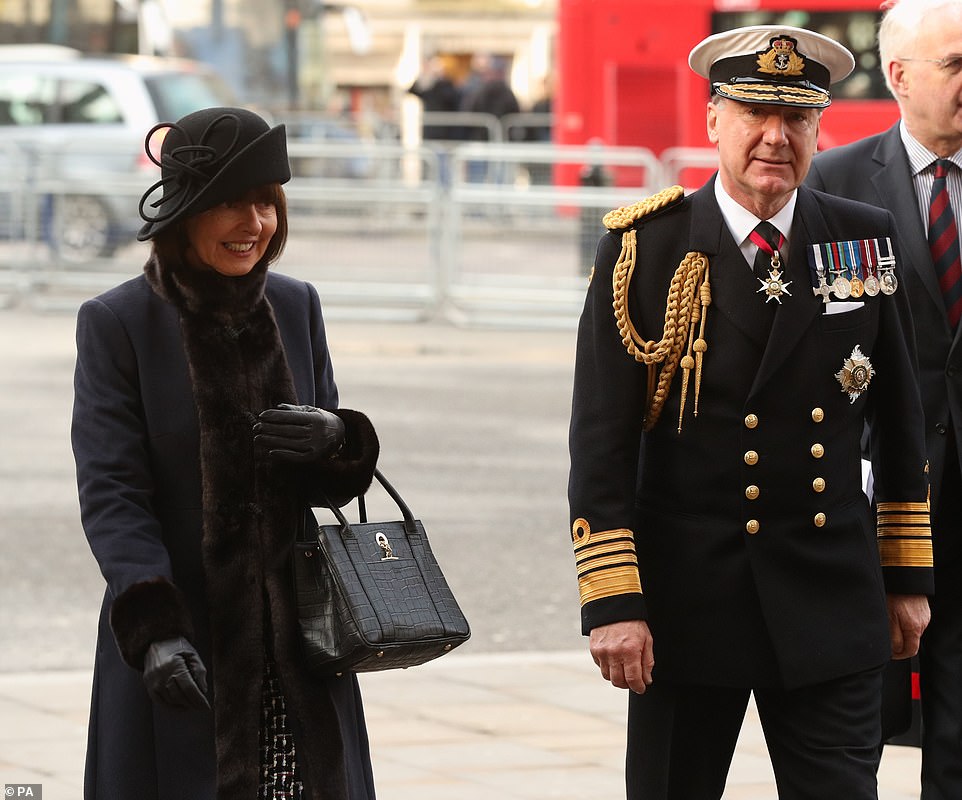 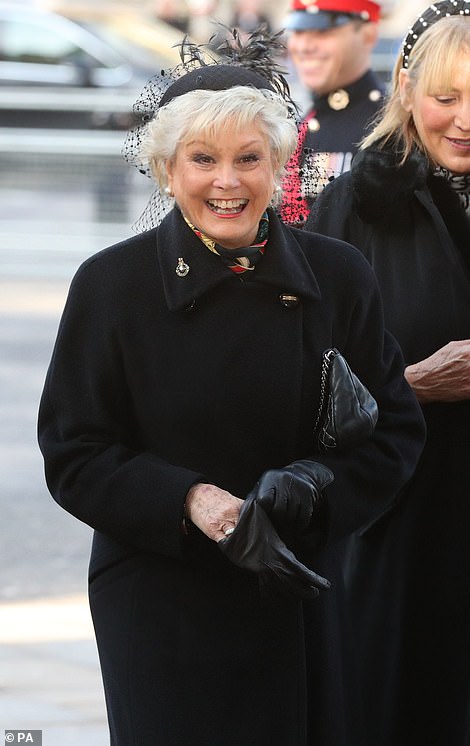 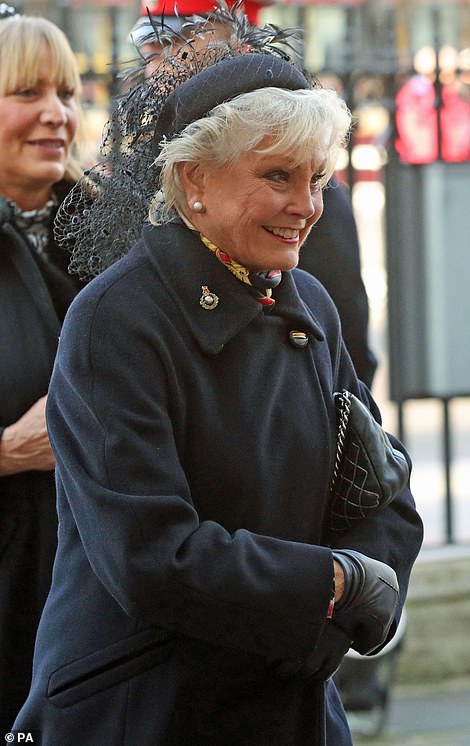 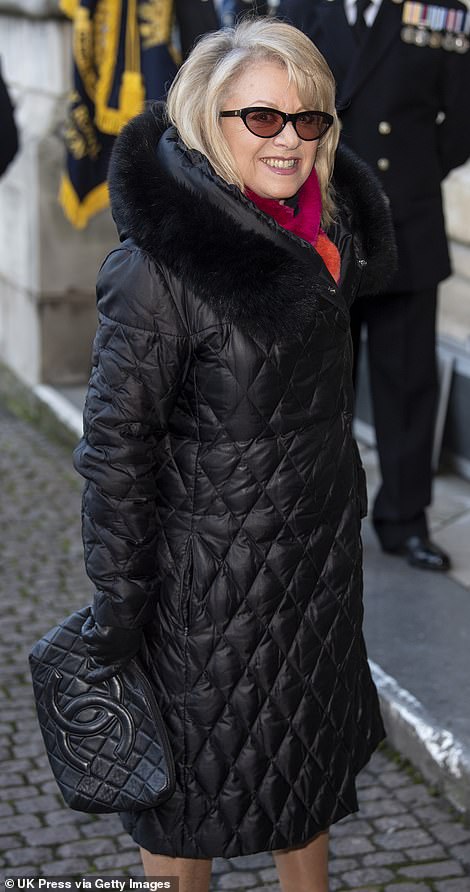 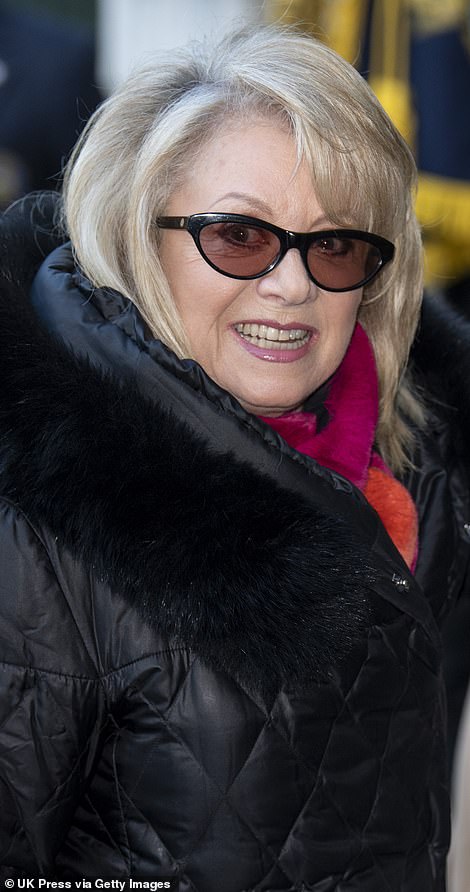 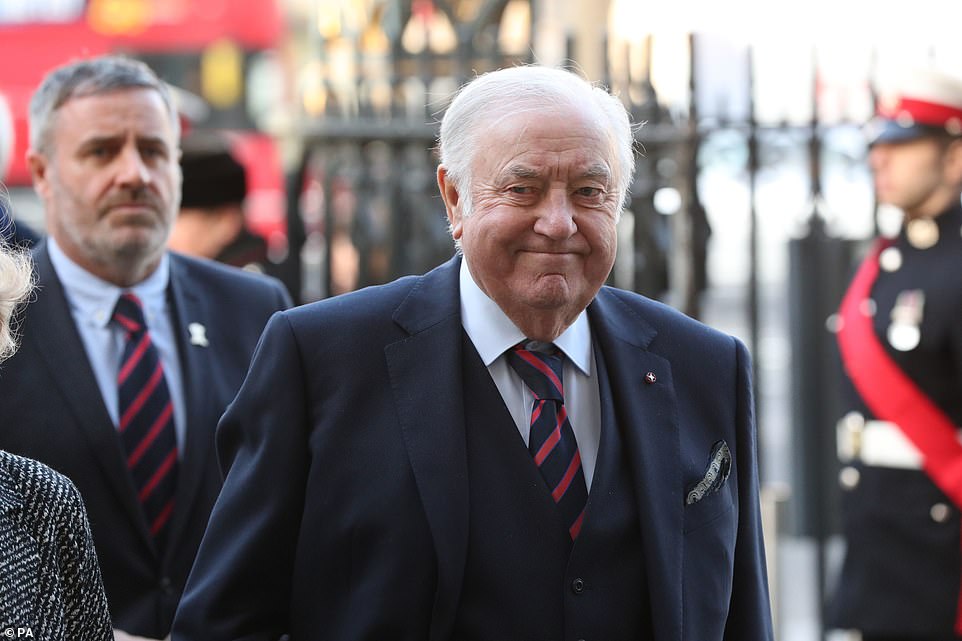 In 1994, he spearheaded an initiative to try to raise £60million for a new royal yacht after the decommissioning of the Royal Yacht Britannia.

Sir Donald Gosling’s road to riches began when he was working as a trainee surveyor with Westminster City Council.

That was where he met his long-term business partner, Ronald Hobson, and in October 1948 the pair bought up a bomb site in Holborn and created their first car park. 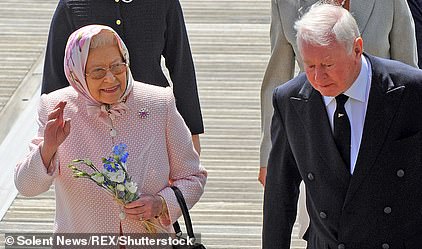 Sir Donald Gosling and the Queen in Portsmouth in June 2011

In 1959, the pair took over National Car Parks and the business thrived. The firm was sold to an American company in 1998 for £801 million. Sir Donald made £290 million from the deal.

Knighted in 1976, Sir Donald began to develop friendships with members of the Royal Family, and when Britannia was decommissioned he quietly began lending the Royals his own vessel.

In 2008, the Prince of Wales and the Duchess of Cornwall used Leander for a tour of the Caribbean.

Sir Donald and his long-term girlfriend Gabriella di Nora were among the guests at the wedding of the Duke and Duchess of Cambridge in April 2011.

He loaned his own luxury yacht Leander – named after the wartime cruiser he served on – to the Queen for her Diamond Jubilee tour in 2012.

The 246ft yacht is normally available for charter at £440,000 a week, but Sir Donald said at the time in July 2011: ‘I wouldn’t expect a fee for something that is on behalf of the nation.

‘It’s a great shame we no longer have a Royal Yacht. And while I wouldn’t put Leander in the same class as Britannia, she is a good ship capable of helping out in the celebrations.

‘The Queen visited Leander in Portsmouth a couple of months ago and liked what she saw. She spent a couple of hours on board and had lunch.’

A Royal source said at the time: ‘The Queen is delighted. She used to love to entertain on the Royal Yacht and she will love this.

‘Leander, we understand, is to have a bit of a facelift, but it is a style she loves – quite old-fashioned, quite chintzy. She also really likes Sir Donald. He makes her laugh.’

The 1,930-ton Leander is among the world’s largest and most luxurious yachts available for private charter.

Joan Collins, Sir Tim Rice and the late Elizabeth Taylor are among those enjoyed Sir Donald’s hospitality on board.

The Mail on Sunday told last month of rumours within the yachting world that Sir Donald had left £50 million in his will to the Royal Family . 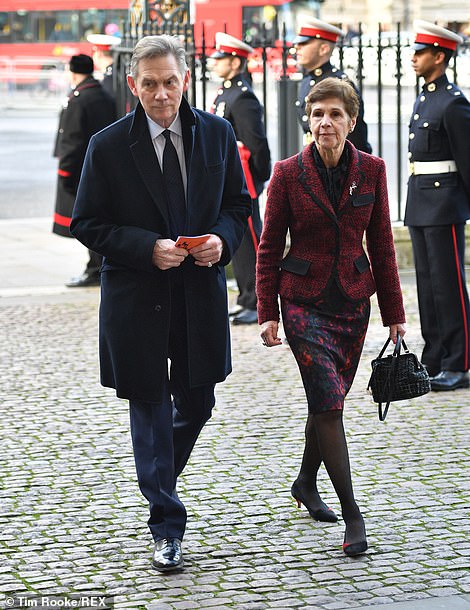 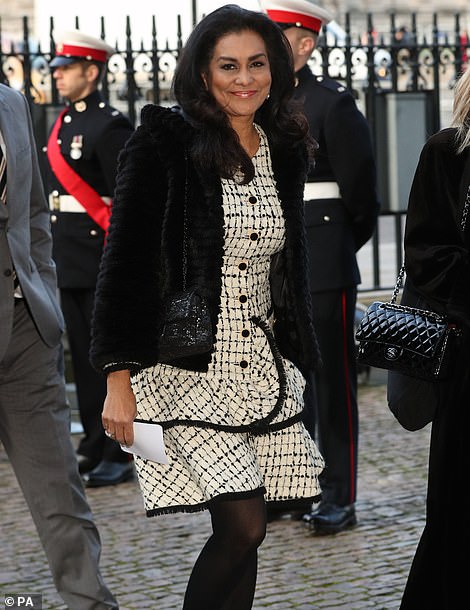 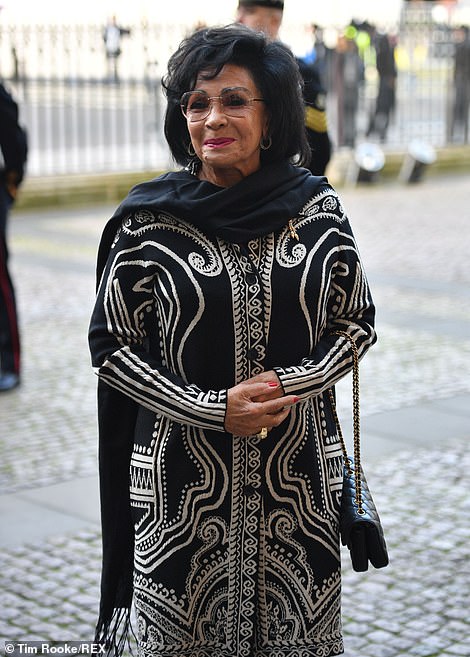 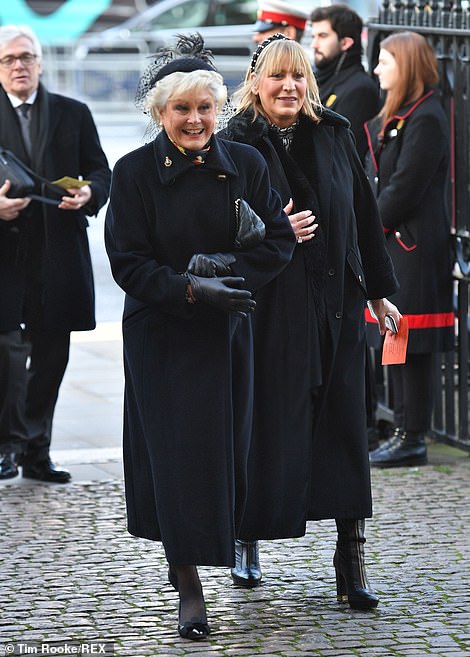 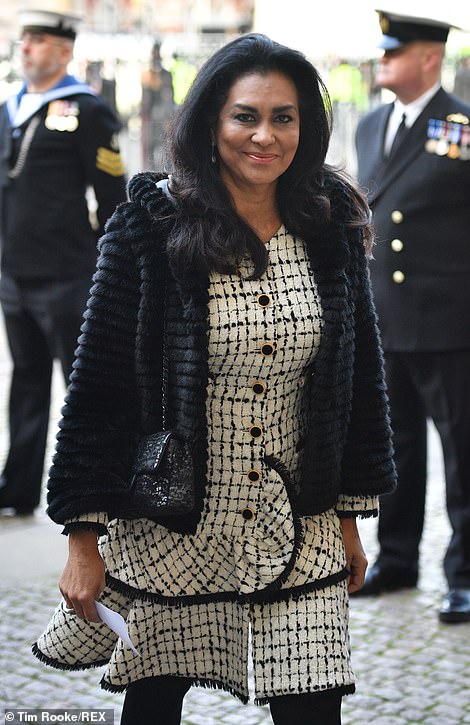 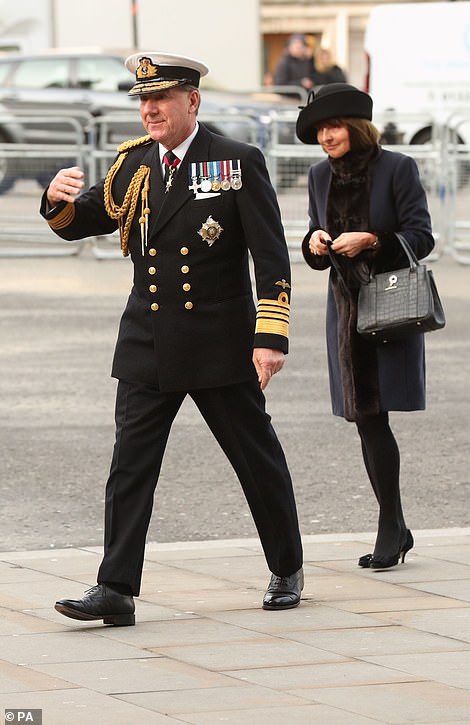 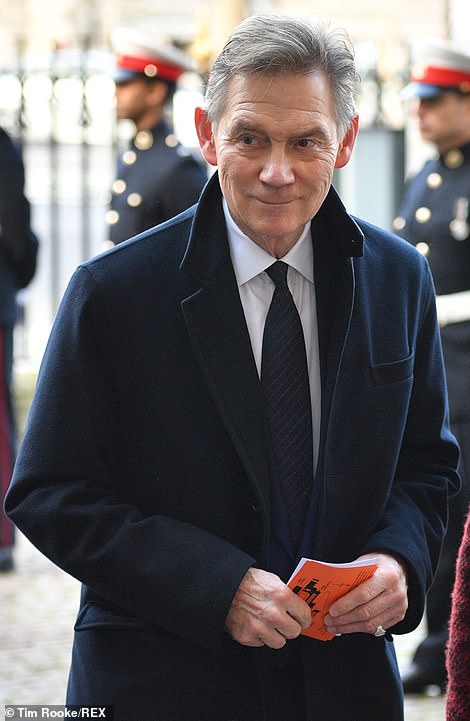 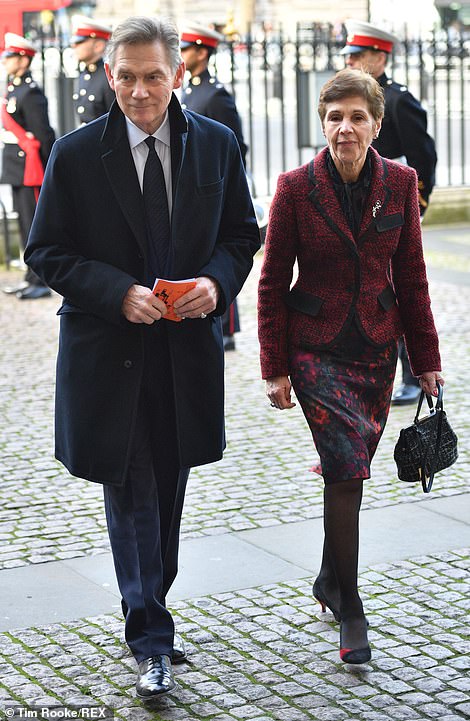 Actor Anthony Andrews, who is known for his role in ITV’s Brideshead Revisited in 1981, with Georgina Simpson today 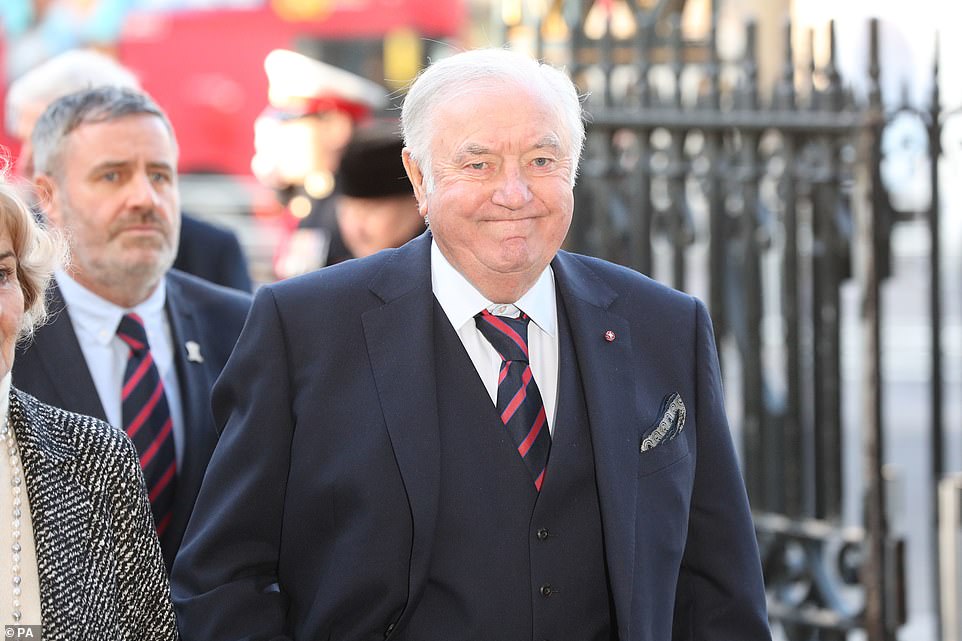 It seems the donation is to put towards an as-yet unspecified scheme to commission a new Royal Yacht.

He was as outraged as the Queen when the Royal Yacht Britannia was taken away from her by Tony Blair’s Government in 1997 – and, like Her Majesty, he shed a tear at its decommissioning ceremony.

Afterwards, Sir Donald offered her full use of his £50million Leander G vessel, which she used for her Diamond Jubilee tour.

Further details about his donation will be made clear when the will is published later this month.