A Royal Navy warship has monitored a Russian attack submarine as the vessel travelled through British waters.

The Kilo-class diesel powered attack submarine was moving through on its journey from the Baltic Sea to the Mediterranean.

A navy spokesman said: ‘Mersey reported on the movements of the Russian Black Sea Fleet submarine, so that Nato allies could track her progress as she continued her onward journey.’ 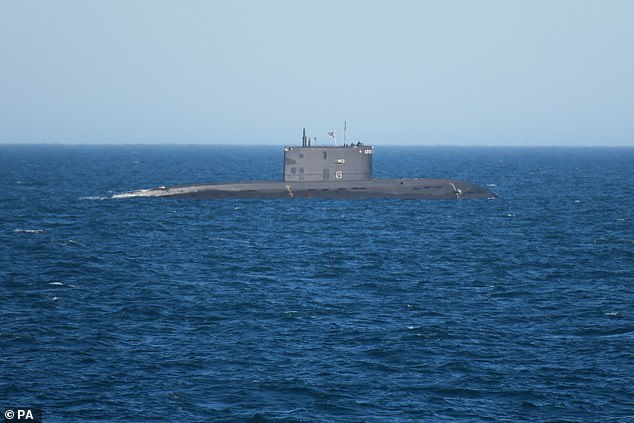 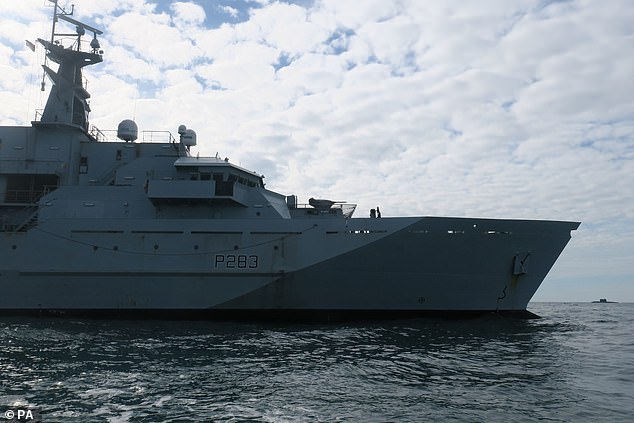 Launched in 2003, HMS Mersey is one of the busiest ships in the Royal Navy Fleet, averaging 220 days at sea every year.

The patrol ship predominantly works on  fishery protection missions, ensuring that fishing boats and trawlers stick to agreed quotas and regulations on behalf of the Marine Management Organisation.

Given her regular presence in home waters, Mersey is also frequently involved in monitoring the movements of foreign warships as they pass the UK.

He said: ‘All of us in Mersey are very proud of the part we play, here in our home waters, in fulfilling the Royal Navy’s role of protecting our nation’s interests.

‘No patrol is ever the same as the last and we have conducted a particularly varied range of missions recently, culminating with the tracking of this Russian submarine as it passes the UK.’

River-class offshore patrol vessel HMS Mersey was also on duty when the Kilo-class submarine made the reverse journey in October last year, as it returned from operations in the Mediterranean back to the Baltic. 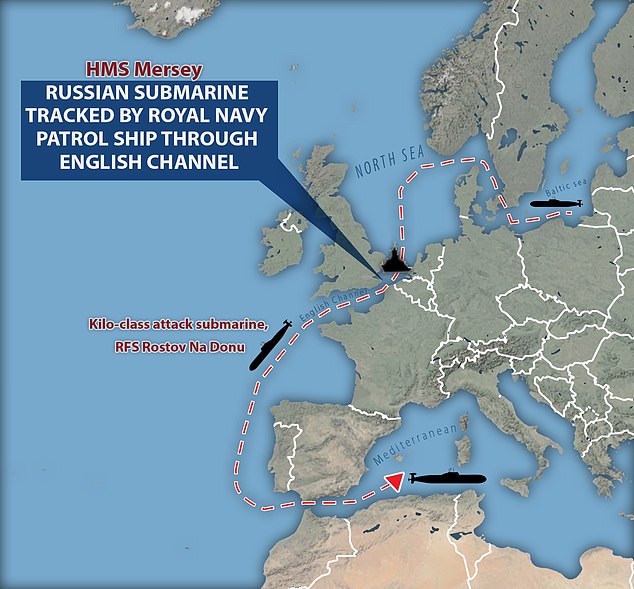 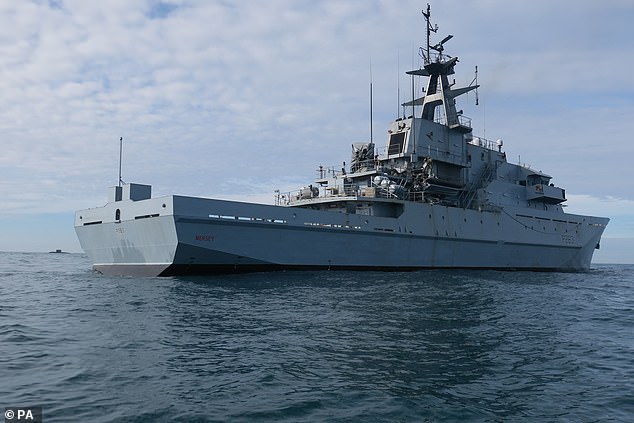 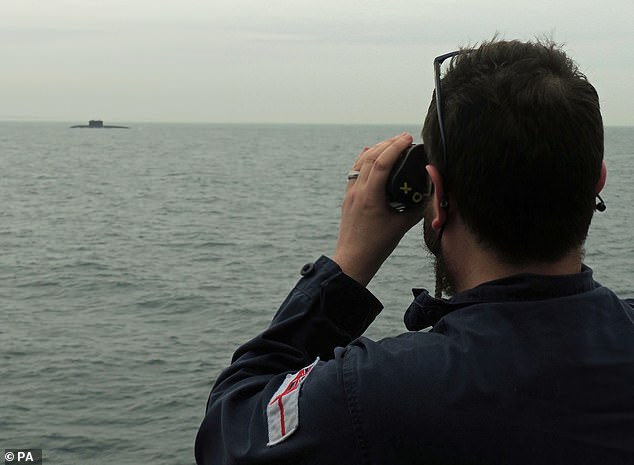 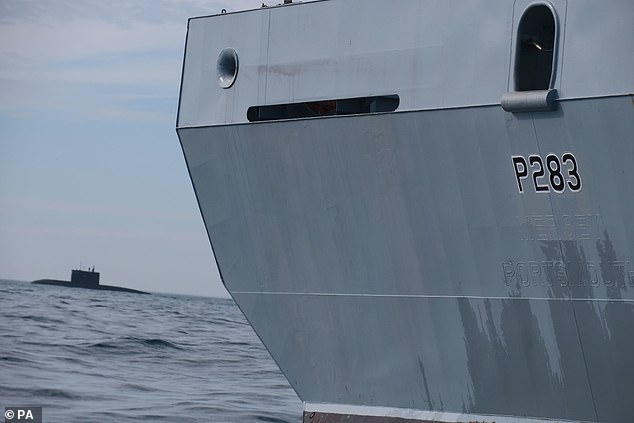 Launched in 2003, HMS Mersey is one of the busiest ships in the Royal Navy Fleet, averaging 220 days at sea every year and tracking the submarine (pictured) is one of its many missions, with others including fishery protection

The navy spokesman said: ‘This latest operation comes amid a busy time for the Royal Navy’s patrol ships, with Mersey and her sister ships HMS Tyne and HMS Severn all on maritime security patrols in the seas around the UK.

‘Royal Navy patrol ships are involved in a range of missions, including fishery protection, which has been their responsibility for many years, but also coordinating with the Joint Maritime Security Centre to share information relating to suspicious or dangerous activity at sea alongside the Maritime and Coastguard Agency and National Crime Agency.’

The submarine is not the first Russian vessel to be tracked through British waters in recent months.

The Royal Navy shadowed nine Russian warships around the UK towards the end of November in 2020.

The ships – which included a surfaced submarine, a destroyer and a patrol ship – were spotted in the English Channel, the Celtic Sea and the west coast of Scotland.

In response to the Russian incursions in waters around the UK, First Sea Lord Admiral Tony Radakin said at the time: ‘This is why the Royal Navy is at sea every day, protecting the UK and our interests.

‘Even with the pressures of Covid, we remain at short notice to respond to threats both in home waters and around the world.

‘Despite the increase in Russian activity, both on the surface and underwater, we are always ready to respond.’