Royal Marines makeover: Elite commandos unveil new kit – and for the first time in their 350-year history, they’ll wear White Ensign flag on their sleeve to show they’re part of Navy, not Army

By Neil Sears for the Daily Mail

Since their first battles in 1664, the elite Royal Marines have worn their uniforms with pride.

And so it will be, no doubt, with their brand new kit – a state-of-the-art uniform fit for modern combat.

It is the biggest makeover the Royal Marines have seen since the Second World War, and is being brought in as part of plans to modernise the commando unit.

And for the first time in their 350-year history, the marines will now wear the White Ensign flag on their sleeve in a nod to their colleagues in the Royal Navy. 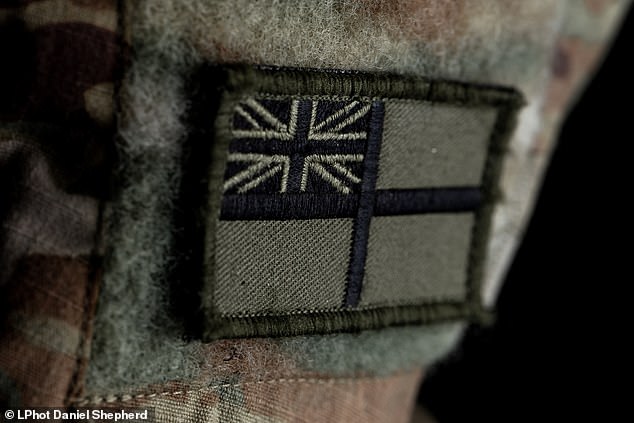 For the first time in their history, the Royal Marines will wear the White Ensign flag (pictured) on their sleeve in a nod to their colleagues in the Royal Navy

The new US-made lightweight jackets and combat trousers have greater tear resistance and are more breathable than the previous uniform, while the camouflage pattern will be altered slightly.

It’s a far cry from the woollen camouflage kit of the Second World War, which – rather impractically for the amphibious unit – soaked up water like a sponge and made swimming even harder.

Then, boots had hobnails and webbing belts carried ammunition pouches, water – and doubtless something harder.

But on the 80th anniversary of the first commando raid of the war in 1940, when troops landed on the beach in Calais as German patrols crawled along the coast, the marines have also drawn on their history – by returning to their traditional insignia.

The redesigned 3 Commando Brigade Royal Marines ‘Fairbairn-Sykes dagger patch’ follows the first pattern of their specialised fighting knife, made in 1940. 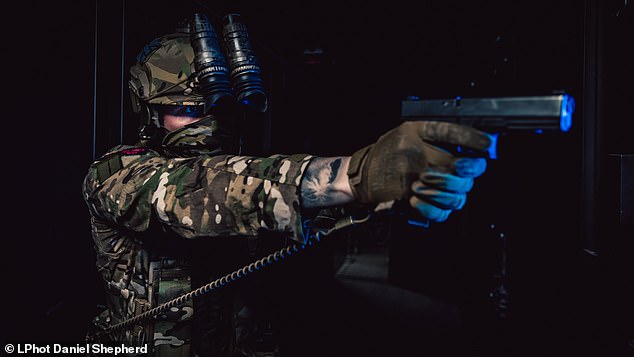 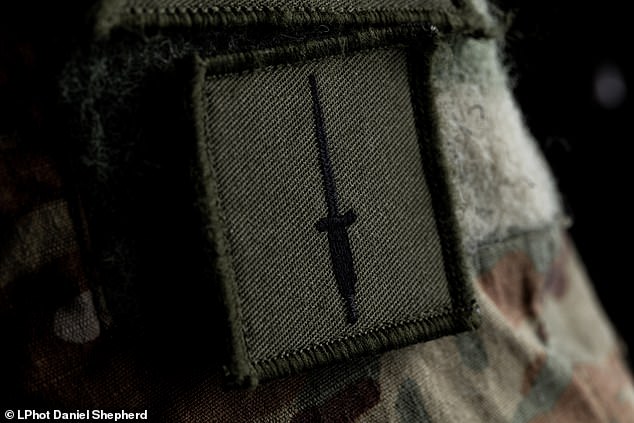 The redesigned 3 Commando Brigade Royal Marines ‘Fairbairn-Sykes dagger patch’ follows the first pattern of their specialised fighting knife, made in 1940

Royal Marine Lieutenant Colonel Ben Reynolds said: ‘The Royal Marines are integral to the Royal Navy and an extremely versatile elite force, able to operate from mountains and Arctic wastes to jungles and shores.

He said the uniform now ‘reflects our distinctiveness and the unique capabilities we bring to defence, in addition to the Royal Navy’s eagerness to invest in our development’.

He added: ‘The practical benefits shouldn’t be underestimated. It has been specifically selected to serve commandos as they carry out operations all around the globe in the most extreme environments.’

The marines will begin wearing the uniforms in autumn, when moves to shake up the way the unit operates come into force. 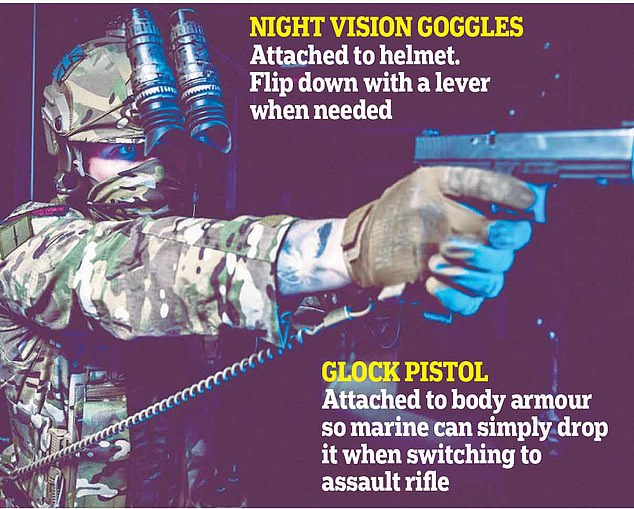 Under the Ministry of Defence’s Future Commando Force programme, the marines will increasingly return to operating from sea.

The programme promises the unit will have new technology and be maintained at a state of high readiness – whether to conduct commando raids or provide humanitarian aid in natural disasters.

James Heappey, minister for the Armed Forces, said: ‘It is fitting that on the 80th anniversary of the first commando raid, this uniform now bears the traditional Royal Marine Commando insignia.

‘It is a poignant link to their history as the commando force embarks on a modernisation programme that will keep them in their place as the world’s best amphibious force.’