A royal marine has died after being found face down in freezing water during beach assault exercise.

The man was taking part in an exercise on Tregantle beach on Tuesday when he got into difficulties.

His comrades gave CPR on the Cornwall beach and he was later airlifted to Derriford Hospital in Plymouth.

Recruits were bailing out of an assault boat as part of the exercise, The Sun reports.

A source said: ‘We were doing a tactical beach landing at Tregantle, and “Out Troops” was called.

‘The recruits got off and then went up to their eyeballs in water. It was below freezing and they were all over the place so the crew recovered them.’

They later discovered that a recruit was missing and then found him passed out in the water. 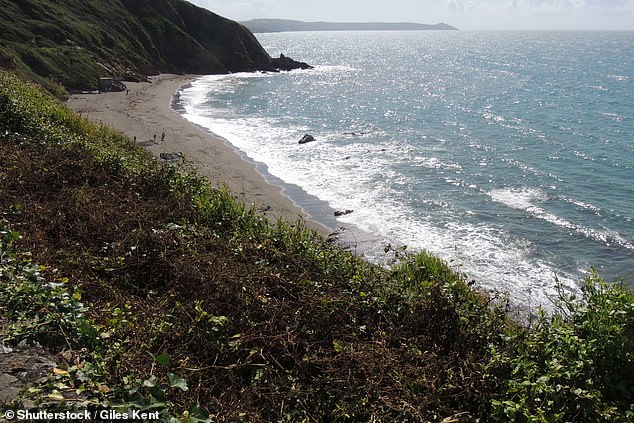 The Royal Navy confirmed that an investigation into the incident has been launched. The recruit has not been named.

Beach storm drills are one of the last exercises in a Royal Marine’s training and are conducted about four weeks before the course concludes.

A Royal Navy spokesperson said: ‘We can confirm the sad death of the Royal Marine who was injured in an incident earlier this week.

‘The thoughts and sympathies of the Naval Service go out to the family and friends of the individual.

‘The incident is still under investigation, therefore it would be inappropriate to comment further.’ 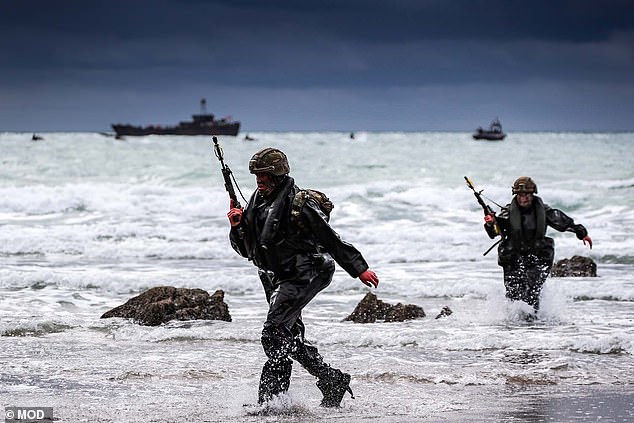 Pictured: Royal Marines training on Tregantle beach, where a commando got into difficulty on Tuesday 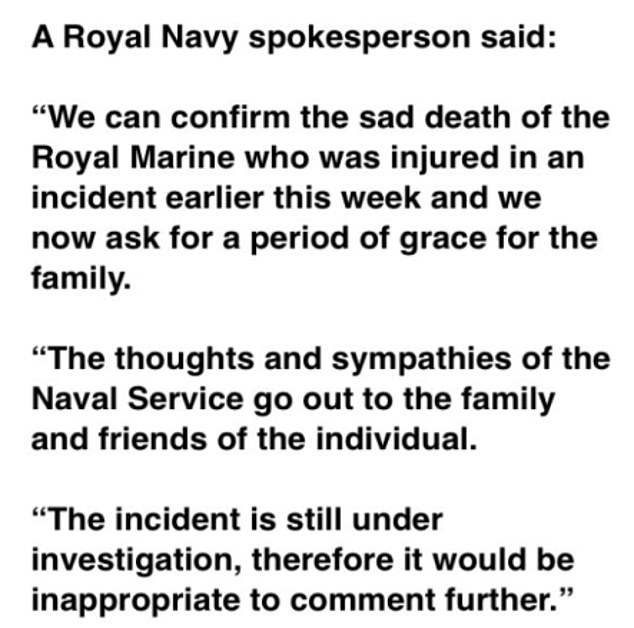 A Royal Navy spokesperson said: ‘We can confirm the sad death of the Royal Marine who was injured in an incident earlier this week’ 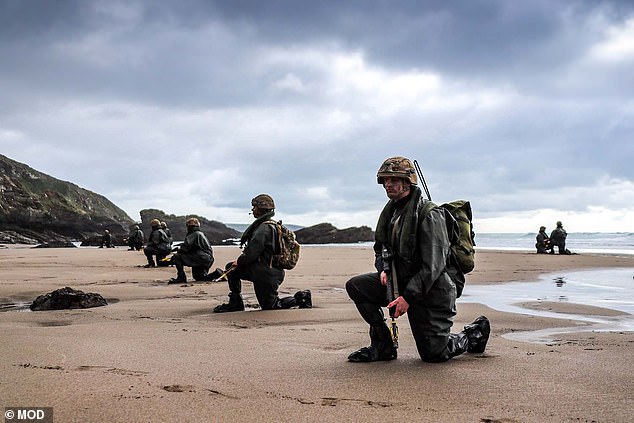 Royal Marines are pictured training on Cornwall’s Tregantle beach, where a commando was found face-down in water on Tuesday

‘The caller reported to us that a person had gone underwater. We sent land, air and other specialist paramedics to attend the incident.

‘They treated a male patient at the scene and he was conveyed by air ambulance for further care.’